NORAD's Santa tracker (877-HI-NORAD), now in its 63rd year, won't be affected by the government shutdown:

A wide swath of market-watchers expect the U.S. economy in 2019 to be the worst since the depths of the 2008 financial crisis, potentially putting President Trump in a hole as he heads into his re-election race.

Last week was Wall Street's worst in 10 years. If the Dow and S&P 500 finish at their current levels, they'll have their worst December since 1931, during the Great Depression.

Between the lines: Against that backdrop, many in the financial world were agape when Treasury Secretary Steve Mnuchin tweeted, with no real explanation, that yesterday he had "convened individual calls with the CEOs of the nation's six largest banks."

The big picture: Almost everything going on in the world is bad for the economy, Felix Salmon and Dion Rabouin point out in Axios Edge, our weekly look ahead for business.

Chris Krueger of Cowen Washington Research Group, one of the sharpest observers of the collision of Washington and Wall Street, tells me in an email with the subject line, "For the night is dark and full of terrors":

Another worry, according to Dan Senor, a fund executive and former adviser to Speaker Paul Ryan and Senator-elect Mitt Romney: "If we were to face a real financial crisis in 2019, we will be in much choppier waters than 2008."

And Krueger notes how different the U.S. administration is now:

Most forecasts reflect the Washington chaos and global slowing:

Be smart, from Axios markets editor Dion Rabouin: "The market is looking for a hero because everything is terrible right now around the globe."

P.S. A bit of perspective from Bloomberg: "Even with its 17 percent drop over the last three months, the S&P 500 has risen 18 percent since Election Day." 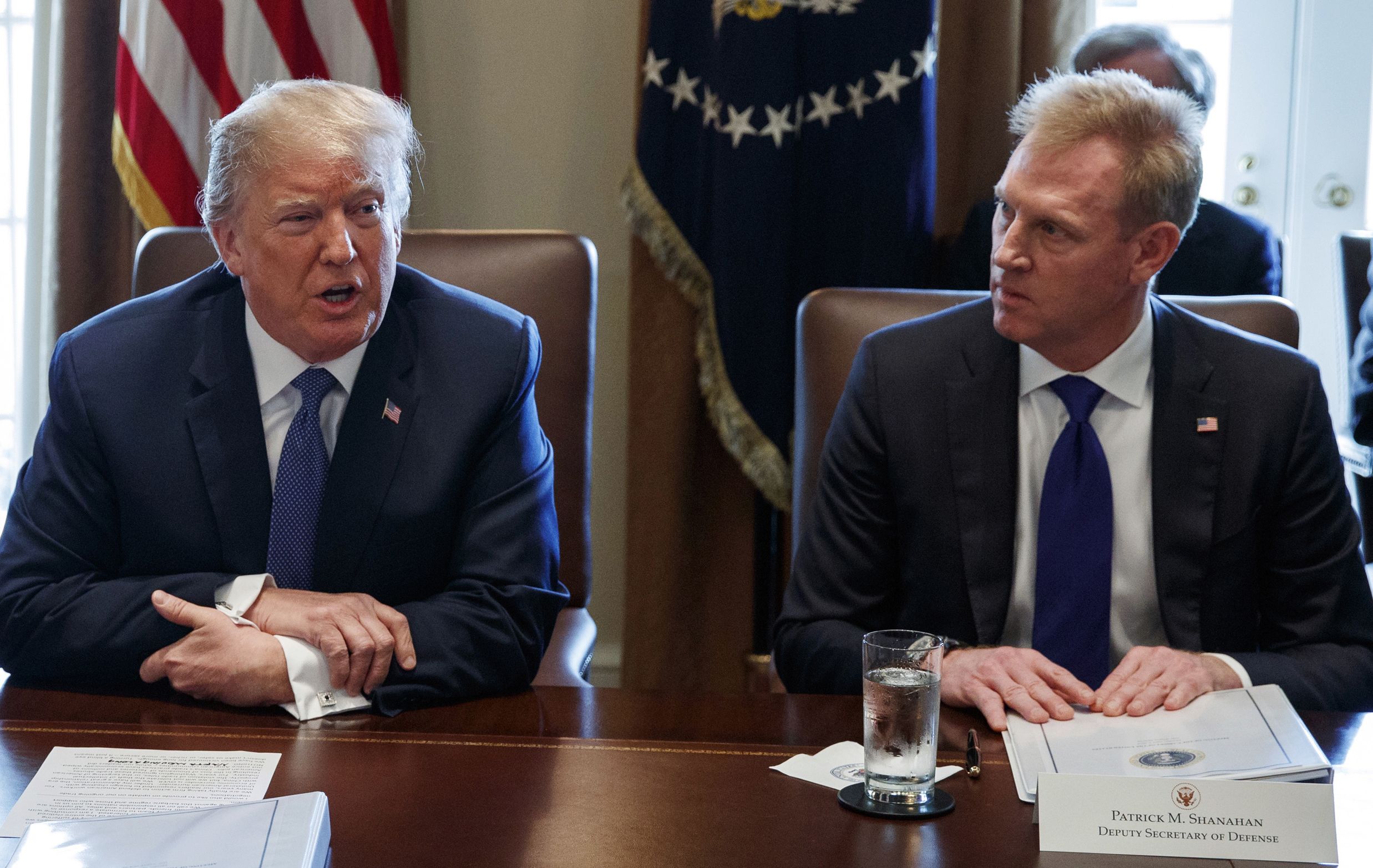 With coverage of Defense Secretary Jim Mattis' departure painting President Trump in a bad light, he moved up the "departure by two months and tapped his deputy, Patrick Shanahan [a former Boeing SVP], to become acting defense secretary on Jan. 1," the WashPost's Paul Sonne and Missy Ryan write:

"From his first week in office, Trump’s style and choices have grated on many among the military brass":

The WashPost’s David Ignatius said on “Morning Joe” that allies around the world are asking: "What’s happening to you? We’re worried. We’re frightened about America’s direction."

The N.Y. Times' Andrew Ross Sorkin writes that a review of "hundreds of documents including police reports, bank records and investigator notes from a decade of mass shootings" found that "many of the killers built their stockpiles of high-powered weapons with the convenience of credit."

"Over the last several months," Sorkin writes, "I have spoken to senior executives at the country’s largest banks and credit card companies who were taken aback when I presented them with the list of shootings that involved their cards." 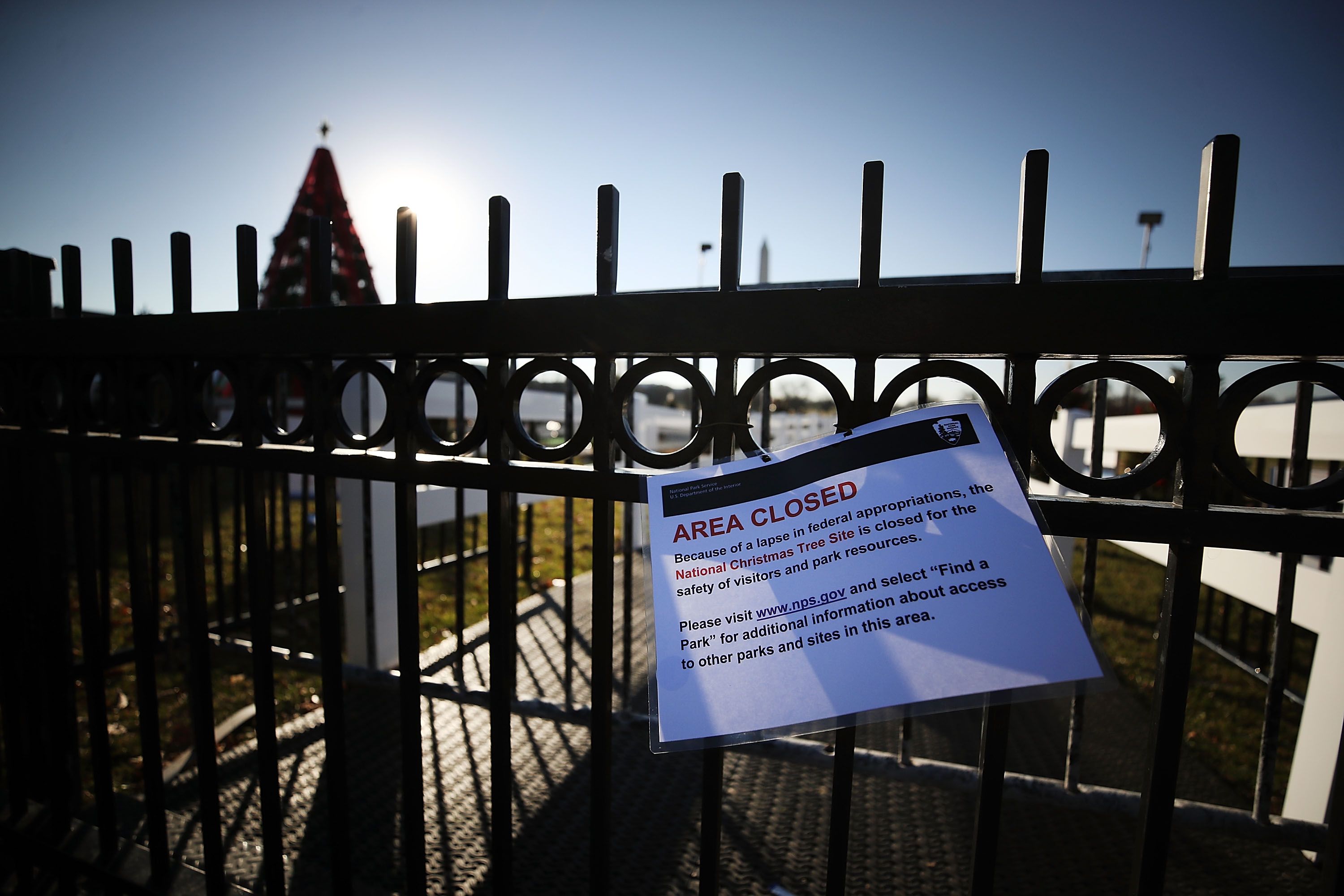 In Washington, the National Christmas Tree is closed to the public due to the partial government shutdown that moves into Day 3 today.

The Women’s March movement, which organized massive protests after President Trump's inauguration, is being roiled by charges of anti-Semitism, the N.Y. Times' Farah Stockman reports:

The controversy is "overshadowing plans for more marches next month."

Go deeper: "The accusations of anti-Semitism ... were outlined in an article this month in Tablet, an online Jewish magazine." In Indonesia, "waves that swept terrified locals and tourists into the sea Saturday night ... followed an eruption and apparent landslide on Anak Krakatau, or 'Child of Krakatoa,' one of the world's most infamous volcanic islands," AP reports.

"A person familiar with Mr. Spiegel’s thinking says there was never a formal offer to take to the full board and he doesn’t regret turning down the overtures." "School districts throughout the U.S. are struggling to find school bus drivers, a challenge that has worsened with low unemployment and a strong economy," AP's Grant Schulte reports:

Why it matters: "For parents and students, the shortage can mean longer waits for a ride to school and more crowded buses."

9. Inside the Saudi killing

In an investigation of the final 18th months of Jamal Khashoggi, the WashPost's Souad Mekhennet and Greg Miller write that the paper's contributing columnist "was a writer of modest influence beyond the Middle East when he was alive."

A key revelation in the article: Khashoggi's "connections to an organization funded by Saudi Arabia’s regional nemesis, Qatar":

"Editors at The Post’s opinion section ... said they were unaware of these arrangements, or his effort to secure Saudi funding for a think tank." Jimmy Stewart stands in the cashier's cubicle next to a black crow in "It's a Wonderful Life." (Hulton Archive/Getty Images)

"Most classic Christmas movies are secular, celebrating love and personal redemption, but a handful have managed to bring the divine into the picture," Wall Street Journal drama critic Terry Teachout writes (subscription):

"To be sure, Capra’s Christianity is the all-purpose Hollywood kind, denuded of divisive doctrinal specifics: George even makes a point of mentioning that he’s 'not a praying man,' the obligatory disclaimer whenever a Hollywood star dares to pray on screen."