Scientists have discovered a site in China that once served as a nesting ground for pterosaurs — the flying reptiles of the dinosaur age. They recovered more than 200 egg fossils, 16 of which show pterosaur embryos and provide a host of new insights into the ancient creature's early life, per a paper published today in the journal Science.

Why it matters: There is very little existing evidence about pterosaur hatchlings, Michael Habib, a paleontologist from the University of Southern California who was not involved in the study, told Axios. "We don't know what the babies looked like of most animals in the fossil record." The newly-discovered fossils provide details about how young pterosaurs developed and how their mothers nested.

Key takeaways, per Alexander Kellner, one of the study's authors and a paleontologist at the Federal University of Rio de Janeiro:

One caveat: Of the 16 embryos scientists found, several were incomplete. Kellner believes more such egg fossils exist at the site in China because it appears to have been a popular nesting ground for pterosaurs. More fossils will solidify scientists conclusions about Pterosaurs' development. 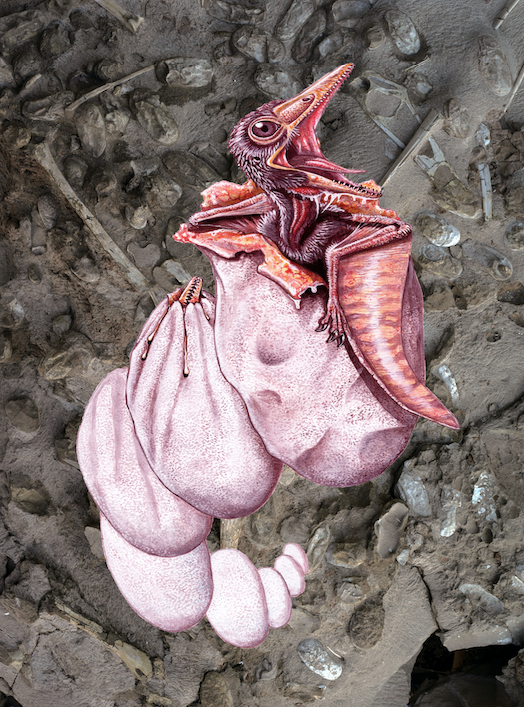 A reconstructed image showing the hatching of a Pterosaur based on evidence presented in the study. Illustration: Maurilio Oliveira