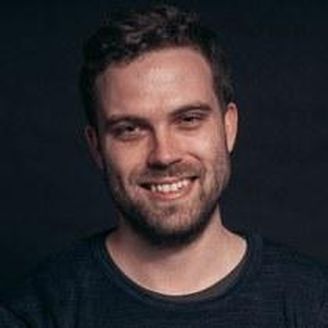 The decade that blew up energy predictions

America’s energy sources, like booming oil and crumbling coal, have defied projections and historical precedents over the last decade.

Why it matters: It shows how change can happen rapidly and unexpectedly, even in an industry known to move gradually and predictably. With a new decade upon us, let’s look back at the last one’s biggest, most surprising energy changes.

Where it stands: The following five charts show the U.S. Energy Information Administration projections for the future from a decade ago, along with current EIA data to compare those projections with what actually has happened.

Driving the news: The stark differences are driven by myriad factors not included in the decade-old projections, including policy changes and ever-more efficient technology extracting oil and gas.

What’s happening: A pair of extraction methods — horizontal drilling and hydraulic fracturing — have unlocked far more oil and gas than experts had predicted, and companies have gotten hyper-efficient extracting more oil from each well.

Flashback: A driving reason behind this is Congress lifting the 40-year-old ban on crude oil exports in 2015, a policy change few thought possible a decade ago.

In 2010, EIA projected that the U.S. would be producing about 20 trillion cubic feet of natural gas by now. In 2018, the last full year of annual data, we produced more than 30 trillion.

What’s happening: Horizontal drilling and fracking are the key drivers here too — though oil is typically more valuable than gas, so the increase has been greater with oil than gas.

The EIA had projected that coal electricity would remain dominant in the U.S. and natural gas would remain relatively stable — even drop slightly in its share of power supply. The opposite is happening. Coal-fired power is plummeting and natural gas has risen significantly.

Renewables tracked a bit higher than where projections were a decade ago. This is due to the low base on which wind and solar started from, the sporadic nature of federal tax subsidies for these industries and continued support among states.

What happened: Stringent environmental regulations issued during the Obama administration, combined with the surprisingly plentiful supplies of cleaner-burning natural gas, drove these unexpected changes with coal and gas.

Congress remains in an on-again-off-again relationship with renewable-energy subsidies, but many states are ramping up even more clean-energy goals and wind and solar costs continue to drop. So I expect wind and solar to keep growing, which goes against EIA's 2010 projections.

EIA had projected in 2010 that U.S. energy-related carbon dioxide emissions would continue rising, albeit at a slower pace. In fact, they dropped.

What happened: The same one-two punch that drove natural gas to dominate over coal in the electricity mix has driven this change. More recently, the growth in wind and solar, which don't produce emissions, is accelerating this trend.

Yes, but: Emissions have ticked back up, however, due to a growing economy and the fact that natural gas, although it emits half the CO2 as coal, is still a fossil fuel. It can also emit methane, which is a potent greenhouse gas. EIA does project emissions to decline slightly in the coming years.

What we're watching: What we all might get wrong in the next decade.

In an attempt to predict the 2019-20 NBA season's best players, Axios, TrueHoop and machine learning experts Harrison Chase and Anthony Liu have partnered to present the "2020 BPM projections."

How it works: Chase and Liu built smart models to predict a player's Box Plus-Minus (BPM) — similar to Real Plus-Minus — for the upcoming season.

Worth noting: "Ben Simmons and Donovan Mitchell are projected to have career years. Andre Drummond and Draymond Green are expected to have bounce-back years (albeit not career years)," according to Chase and Liu.

Go deeper: To read more about the methodology, click here.

In the midst of the "Juiced Ball" era, Major League Baseball is on pace for a record number of home runs this season (1.36 per game).

Yes, but: Teams are also striking out more than ever (8.7 per game), which has negatively impacted on-base percentage, the lifeblood of offense.

The bottom line: These two all-time highs cancel each other out, creating a bizarre reality in which the 2019 season — despite a historic number of dingers — is on pace to be just the 57th-highest scoring season since 1900.