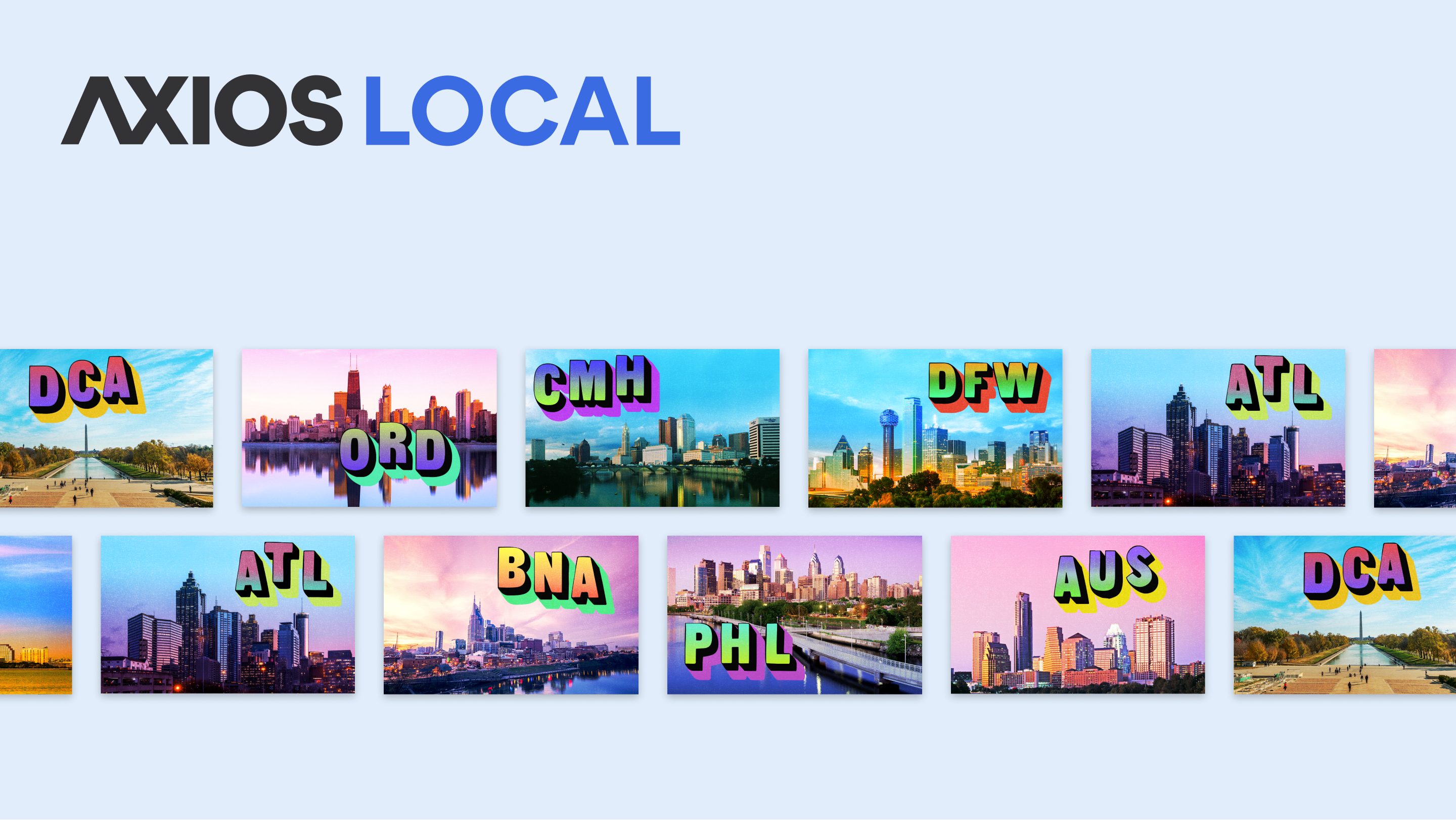 1 big thing: Axios Local’s expansion into eight new markets is being supported by more than 20 new reporters in the Axios Local newsroom and the addition of several new editors and new senior leadership.

Why it matters: Axios is furthering its commitment to local news by rapidly expanding the personnel and management of Axios Local. A startup within a startup, Axios Local has paired superior, on-the-ground local reporting with the resources of Axios’ national newsroom.

Go deeper: Axios has hired the following people as part of the Axios Local expansion: