Thanks for joining me! Please tell your friends and colleagues to sign up here, and I'd love your tips and feedback: [email protected].

President Trump has risked a split with America's closest allies and a possible ramp up in Iran's aggression, or even its nuclear program, in pursuing the hard-line policies that culminated today in the restoration of sanctions on the country's oil, shipping and financial sectors.

Why it matters: The administration is betting the sanctions will hit the Iranian economy hard and force the regime to change course (or, perhaps, to change). The sanctions will indeed be painful, particularly as the SWIFT global payments system has now announced it’s cutting off several Iranian banks. But experts are far from convinced the pain will cause the regime to move in the direction Trump would like to push it.

Worth noting: Danish authorities have accused Iran of trying to assassinate a separatist leader living in Denmark, following a similar accusation from France. The Europeans have managed to silo off the nuclear issue from such tensions — for now.

2. Africa: The dangers of an election in Congo

Power last changed hands 18 years ago in the Democratic Republic of the Congo, sub-Saharan Africa's largest country by area and third-largest by population, when Laurent Kabila was assassinated and his son Joseph took office at the age of 29. That was during the Second Congo War (1998–2003), the world's deadliest conflict since World War II.

Flash forward: After two years of delay, national elections will be held on Dec. 23. Kabila has said he'll respect constitutional term limits and step aside. He endorsed a loyalist to succeed him.

What to watch: Holding an election in a country as massive and as poor as the DRC is an enormous logistical and security challenge, as election commission chief Corneille Nangaa explained in our interview in June. The opposition claims the necessary infrastructure isn't in place.

3. Europe: Two visions of a continent

There is a massive East-West divide in Europe when it comes to social issues, a Pew survey reveals. Some key findings.

Do you consider religion important to national identity?

Do you consider your nationality superior to others?

If you didn't get a chance to tune into the premiere of Axios on HBO last night, I'd encourage you to check it out. One of the subjects that Axios' Jim VandeHei and Jonathan Swan pushed Trump on was Yemen.

They asked Trump whether it bothered him that the Saudi-led coalition has been using U.S. bombs to kill civilians.

So will he consider suspending arms sales?

Another U.S. neighbor is moving closer to legal weed after a ruling from Mexico's Supreme Court last week that establishes a precedent for courts across the country, Axios' Diego Rodriguez writes.

Why it matters: Fernando Belaunzarán, a former Mexican congressman and drug legalization activist, told Axios that the court's ruling that three plaintiffs must be allowed to use marijuana recreationally provides a "legal path" to legalization.

Not everyone is optimistic. Andrés Aguinaco, an attorney for the plaintiffs in the case, told El País America that the road is full of obstacles. He believes there are two scenarios: Either Congress eliminates all or some restrictions on marijuana use or it does nothing, in which case the future of legalization will lie with the courts. They could force a change to the laws, but that would be an unprecedented step.

The bottom line: This is already the fifth decision in the same direction by the Supreme Court, an important threshold in establishing a national precedent. Mexico has yet to join Canada and Uruguay in legalizing marijuana use, but activists like Belaunzarán say that could change as early as next year. 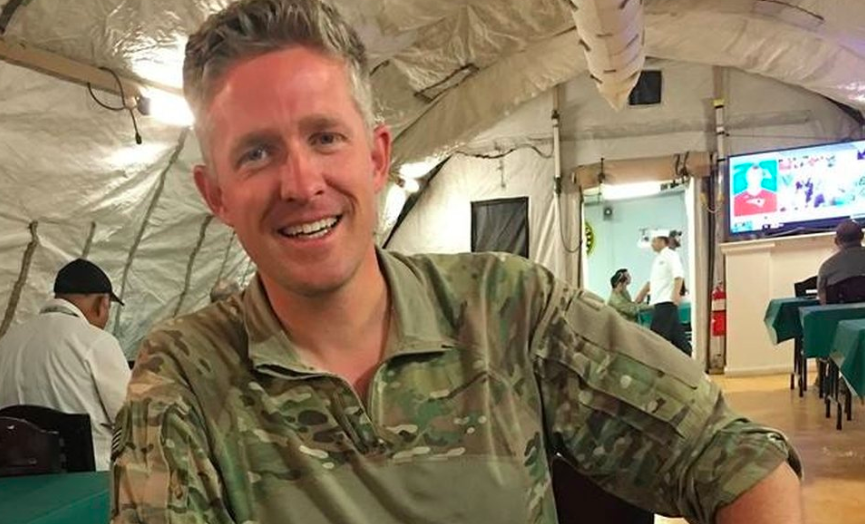 Brent Taylor, mayor of North Ogden, Utah, got his orders in January. His National Guard unit was deploying to Afghanistan. Taylor was going with it.

“As globalization deepens, the practices of law of the jungle and winner take all are a dead end."

— Xi Jinping, who vowed today to stand his ground in the trade war with the U.S.

Thanks for stopping by — see you Thursday evening!