Swelling nationalism and religious tensions are coloring two of the world’s largest democratic exercises, in India and Indonesia, thanks in part to incendiary misinformation proliferating on social media.

The big picture: Both countries have among the largest populations of social media users on the planet, and cheap smartphones mean more people are being connected every day. The propaganda and fearmongering we’re seeing isn’t new, but powerful tools are spreading it farther and more rapidly than ever before.

In India, political parties including the ruling BJP have “nationwide cyberarmies” that traffic in “targeted misinformation… rooted in domestic divisions and prejudices,” the Atlantic reports.

In Indonesia, meanwhile, both leading presidential campaigns have been “funding sophisticated social media operations to spread propaganda and disinformation through fake accounts on behalf of the candidates,” according to a Reuters investigation.

The big picture: The number of Indians with smartphones has more than doubled — to over 500 million — since the last national election in 2014. Ravi Agrawal, Foreign Policy's managing editor and the author of “India Connected: How the Smartphone is Transforming the World's Largest Democracy,” tells me that for millions of Indians, a smartphone is not only their first telephone. It’s their first camera, their first computer, their first TV.

What to watch: Experts worry policies nominally intended to weed out fake news could actually lead to restrictions on free speech, Sara writes. The problem of disinformation is growing much faster than our ability to combat it.

2. Asia: What to expect in Indonesia's election

The big picture: Jokowi is Indonesia's first modern president from outside the military or political elite, and massive expectations accompanied him into office in 2014. He has long been expected to secure re-election (most polls have showed him leading by double-digits), but he played it safe by picking a conservative cleric as his running mate.

The contrast with his opponent, Prabowo, remains stark. A former general, he has been accused of ordering abductions and torture, among other abuses (he denies responsibility).

What to watch: This is a rematch. Jokowi beat Prabowo by 6% in 2014, but the former general declared that the election had been stolen. He's already made similar noises this time around, and Jokowi is hoping for a landslide that would muffle such claims.

3. Our Lady of Paris in flames 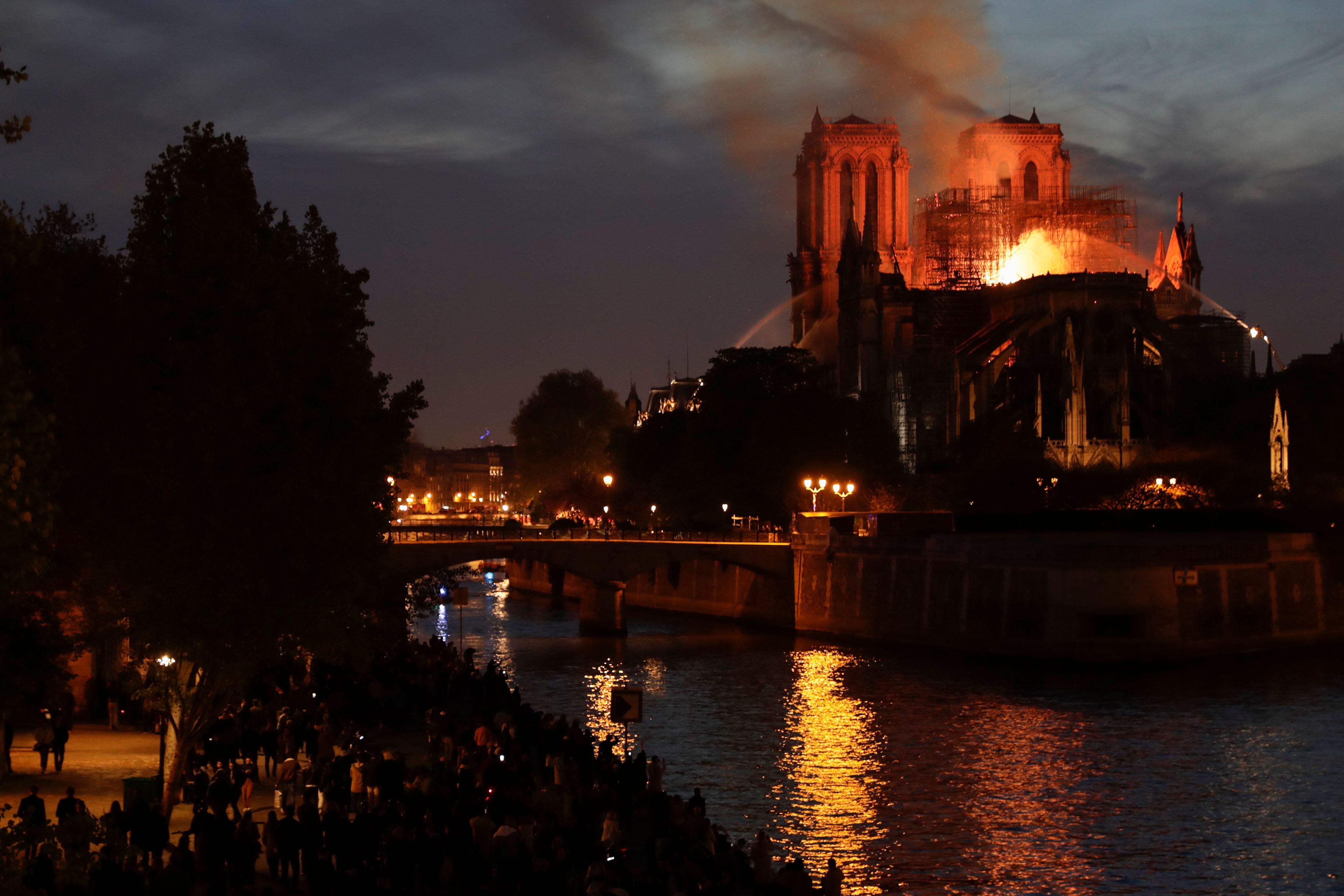 On the scene: "Tourists and residents alike came to a standstill ... Older Parisians began to cry, lamenting how their national treasure was quickly being lost," per the NY Times.

In "The Hunchback of Notre Dame," Victor Hugo wrote: "Great edifices, like great mountains, are the work of centuries."

"The man, the artist, the individual, is effaced in these great masses, which lack the name of their author; human intelligence is there summed up and totalized. Time is the architect, the nation is the builder."

Vox's Constance Grady notes that when Hugo was writing (in 1831, less than two decades before the above photo was taken), the cathedral was in a state of disrepair. It was later rebuilt. Surely, it will be again.

Reactions to the news:

5. Middle East: Why the U.S. got (and stayed) involved in Yemen

A new International Crisis Group report explores how the U.S. got involved in the Saudi-led campaign in Yemen, where things went wrong, and what lessons have emerged for U.S. foreign policy.

The big picture: The authors write that "Washington initially overestimated its ability to shape coalition conduct and underestimated the devastation of the conflict it was helping enable." They also note that both Barack Obama and Donald Trump elected "to continue this assistance even after the miscalculations had been exposed."

Why the U.S. got in: The authors spoke with senior Obama administration officials who said they had viewed Yemen's president as a good partner, particularly on counterterrorism, and his ouster "as an affront to the international order."

Where things went wrong: The Obama administration recognized the war as a quagmire "within months," during which time "evidence of the coalition’s brutal tactics had already emerged."

What to watch: One lesson for Washington, the authors write, is that leverage over security partners like Saudi Arabia "sometimes can only be effective by taking the hazardous step of putting the partnership on the line."

6. North Africa: Checking in on the revolutions

In Algeria, demonstrations continued last Friday despite President Abdelaziz Bouteflika having been forced out earlier this month.

The bottom line: Protesters in both countries have managed to force out their presidents without firing a shot. But they want to transform the entire system, not just swap out the person at the top of it.

Thanks for reading — see you Thursday evening.