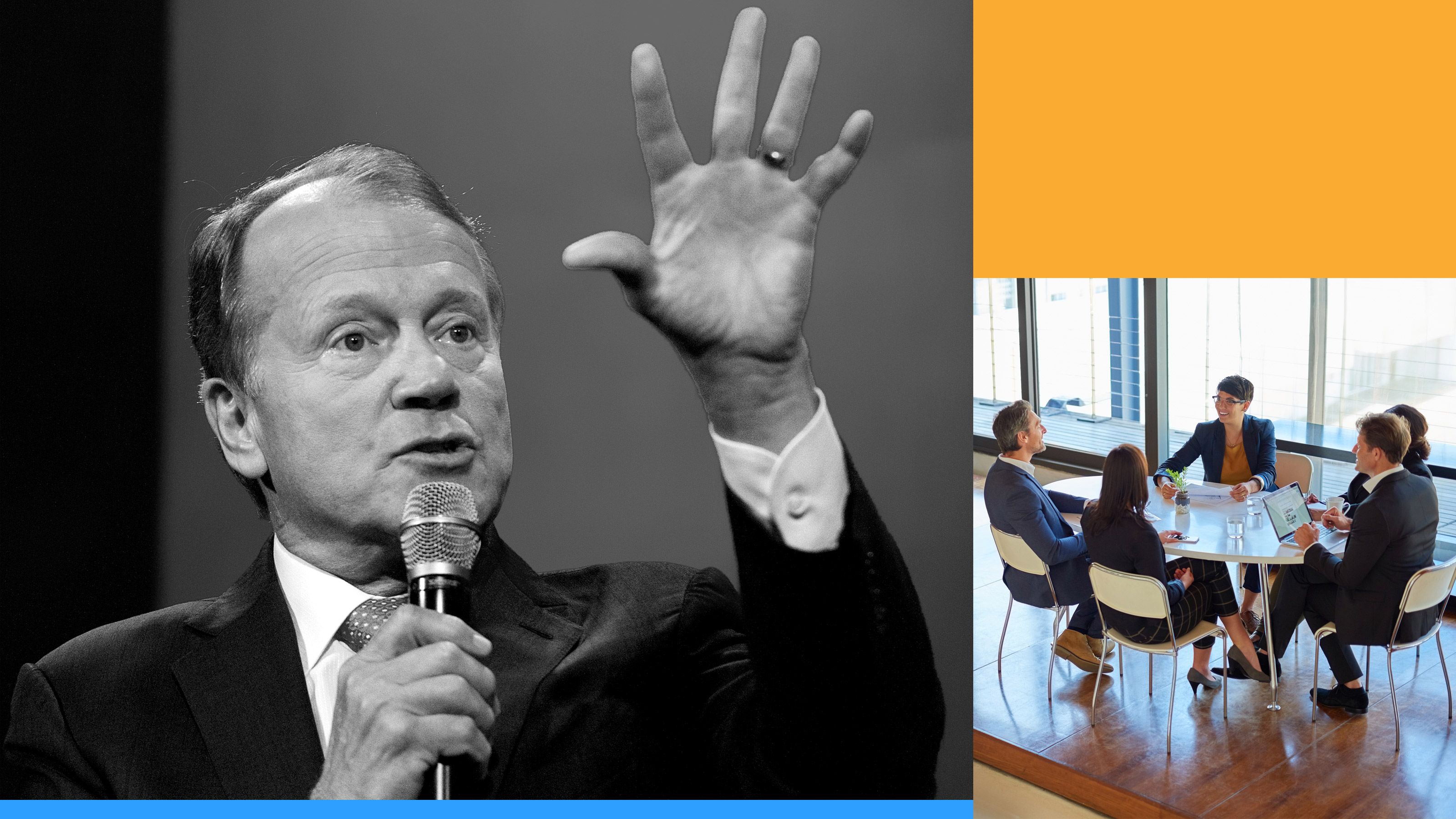 This is the first month in more than 25 years that John Chambers isn't heading into work at Cisco. Instead, the tech giant's former CEO and executive chairman is refashioning himself as fulltime a venture capitalist.

Chambers just launched JC2 Ventures, which he says is as much about CEO mentoring as it is about investment. The self-funded firm, which also includes son John (ex-marketing exec at Houzz, Netflix & Walmart), already has backed such companies as Airware, Aspire Food Group and Sprinklr.

Some quotes from Chambers, per a conversation yesterday:

• Tax talk: The House GOP's proposed continuing resolution to prevent government shutdown on Friday includes a two-year delay on the medical device excise tax that went back into effect on January 1.

• VCtv: Years ago I filmed a cameo in a music video produced by venture capital firm Foundry Group. And, yes, it was as sublimely silly as that prior sentence suggests — but received hundreds of thousands of views before Foundry accidentally erased the counter (which apparently is an unrecoverable blunder).

Foundry, whose partner Jason Mendelson has a full music studio in his basement, came out with a successor video three years later (I wasn't invited back) and now is out with its latest (wow, I really must have blown my big break). It's about "bored meetings," and you can view it here.

Celgene (Nasdaq: CELG) is in talks to acquire Juno Therapeutics (Nasdaq: JUNO), a Seattle-based developer of cancer therapeutics, according to The Wall Street Journal. Juno had a market cap of $5.2 billion prior to the report, but shares jumped more than 50% in after-hours trading.

• Caocao Zhuanche, a Chinese electric vehicle sharing company backed by automaker Greely, said it has raised $156 million in Series A funding at a valuation north of $1.6 billion. No investors were disclosed. https://axios.link/YUMJ

• Wattpad, a Canadian storytelling and reading app that includes both professional and crowdsourced content, has raised C$61.25 million in new funding. Backers include Tencent, Kickstart Ventures and the Peterson Group. https://axios.link/oq5q

• Bringg, a Chicago-based delivery logistics platform, has raised $12 million in new Series B funding (bringing the round total to $22m). New backers include Salesforce Ventures. http://axios.link/RHSL

• Sweatcoin, an app that lets users earn cryptocurrency in exchange for working out, has raised $5.7 million in seed funding. Goodwater Capital led, and was joined by backers like Greylock, Rubylight and Seed Camp. https://axios.link/YHlC

• Forest, a French maker of an enterprise administration interface, has raised €3 million from backers like Connect Ventures and Xavier Niel. http://axios.link/4UgH

• Affinity Equity Partners is the preferred bidder for Trimco International, a Hong Kong-based maker of garment labels that is being sold by Partners Group for more than $500 million, per Bloomberg. https://axios.link/qgX3

🚑 ARMO BioSciences, a Redwood City, Calif.-based immuno-oncology company, set its IPO terms to 6.7 million shares being offered at $14-$16. It would have a fully-filuted market value of around $450 million, were it to price in the middle. The pre-revenue company plans to trade on the Nasdaq under ticker ARMO, with Jefferies serving as lead underwriter. It has raised around $167 million in VC funding, from firms like Kleiner Perkins (19.6% pre-IPO stake), OrbiMed (18.9%), DAG Ventures (11.1%), Nanodimension (10.1%), GV (5.6%), Decheng Capital (5.6%), Qiming Venture Partners, Sequoia Capital, Quan Capital, RTW Investments, HBM Healthcare Investments, Celgene Corp. and Clough Capital Partners. www.armobio.com

• Penti, a Turkish lingerie and swimsuit retailer owned by The Carlyle Group, is considering an IPO, according to Reuters. https://axios.link/VR0o

• PlayAGS, a Las Vegas casino equipment company owned by Apollo Global Management, set its IPO terms to 10.3 million shares being offered at $16-$18. It would have a fully-diluted market vakue of around $586 million, were it to price in the middle. PlayAGS plans to trade on the NYSE under ticker AGS, with Credit Suisse and Deutsche Bank serving as lead underwriters. https://axios.link/Z9YZ

🚑 ResTORbio, a Boston-based developer of therapeutics for age-related diseases, set its IPO terms to 5.7 million shares at $14-$16. It would have a fully-diluted market value of around $410 million, were it to price in the middle. The pre-revenue company plans to trade on the Nasdaq under ticker TORC, with BoA Merrill Lynch serving as lead underwriter. It has raised $65 million in VC funding from firms like OrbiMed (20% pre-IPO stake), Novartis (9.4%), Fidelity, Rock Springs Capital, Quan Capital and Nest Bio. www.restorbio.com

🚑 Solid Biosciences, a Cambridge, Mass.-based drug developer focused on Duchenne muscular dystrophy, set its IPO terms to 5.9 million shares at $16-$18. It would have a fully-diluted market calue of around $551 million, were it to price in the middle. The company plans to trade on the Nasdaq under ticker SLDB, with J.P. Morgan serving as lead underwriter. It has raised over $50 million in VC funding, from firms like JPMorgan (11.4% pre-IPO stake), Perceptive Advisors (11%), Bain Capital Life Sciences (6.7%), RA Capital (6.4%), RTW Investments, Foresite Capital, Cormorant Asset Management, Janus Capital Management and Biogen. Its last round was a Pro Rata BFD.

• Instacart, the VC-backed grocery delivery “unicorn,” has acquired Unata, a Toronto-based developer of e-commerce tools, for around US$65 million, per Bloomberg. Unata had been seeded by MaRS Investment Accelerator Fund and the Golden Triangle Angel Network. http://axios.link/rgqa

• Allot Communications (Nasdaq: ALLT) has agreed to acquire Netonomy, a provider of cybersecurity software for the connected home. www.netonomy.com

• Informa (LSE: INF) is in talks to buy British events organizer UBM (LSE: UBM) for more than $4 billion in cash and stock. https://axios.link/Fw23

• Melrose Industries (LSE: MRON) has increased its unsolicited takeover offer for British engineering company GKN (LSE: GKN) to around $10.2 billion. GKN had rejected an earlier $9.65 billion approach, and said that it would instead split its business in two. https://axios.link/zfXZ

• Nestle (Swiss: NESN) formally announced yesterday that it will sell its U.S. confectionary business to Italy’s Ferrero for $2.8 billion. https://axios.link/TvHK

• Round Hill Music Royalty Partners has closed its second fund with $263 million in capital commitments. www.roundhillmusic.com

• Sequoia Capital has raised $180 million for a new fund that will focus exclusively on seed-stage opportunities. Axios first discussed the effort last November, and TechCrunch has more today.

• Billy Deitch has joined Oak HC/FT as a San Francisco-based principal. He previously was with Francisco Partners. www.oakhcft.com

• Bradley Giordano has joined the Chicago office of King & Spalding as a bankruptcy and restructuring-focused partner. He previously was a partner with Kirkland & Ellis. www.kslaw.com

• Taylor Greene has joined Collaborative Fund as a partner. He previously was a partner with Lerer Hippeau Ventures. www.collaborativefund.com

• Brian Thorne has stepped down as a principal with Tengram Capital in order to become a partner with Silas Capital, a growth equity firm focused on consumer brands. www.silascapital.com

• Trident Capital Cybersecurity has promoted Will Lin to principal. www.tridentcybersecurity.com

• Monique Woodward has stepped down as a venture partner with 500 Startups. https://axios.link/l2x2 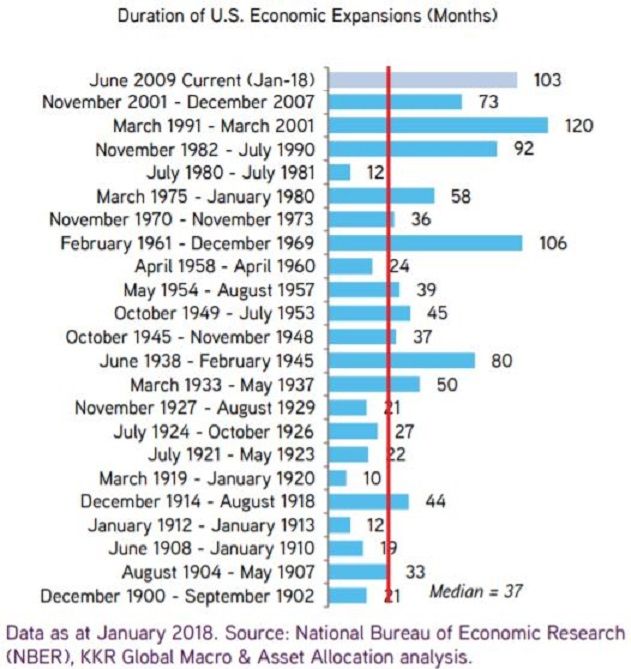 Irrespective of where we are in the cycle, we believe that – compliments of central bank intervention – the current prices of many financial assets appear more cyclically elevated than current economic conditions might otherwise support. Indeed, the S&P 500 has been up for nine consecutive years, despite a U.S. economic recovery that has been lackluster by most standards. This performance feat by the U.S. equity market is quite extraordinary, as it has occurred only one other time on record – the 1991-1999 period.