Greetings from the home office, where spring has finally sprung. Please tell your colleagues that they can sign up for these morning missives at http://GetProRata.axios.com. Okay, here we go...

If it feels like sovereign wealth funds are popping up in more and more large transactions, it's probably because they now manage a ridiculous amount of cash.

Assets under management for SWFs now totals a whopping $7.45 trillion, up 13% from last year, according to a new report from Preqin. Of that, $5.49 trillion is managed by just 10 funds.

• Don't mess with monks: Buddhist activists have forced a Chinese provincial government to scrap IPO plans for a tourism venture associated with a holy mountain.

• Toy story: Fairfax Financial has reached a tentative agreement to purchase 82 Canadian stores from Toys "R" Us for C$237 million.

Bratz founder Isaac Larian, who we discussed last week, says he will continue pursuing his efforts to buy around 200 performing U.S. stores via a sweetened bid. His original offer, which was not accepted, had included Canada (but he plans to drop that part).

The Stars Group (Nasdaq: TSG) has agreed to acquire Sky Betting & Gaming from CVC Capital Partners and Sky PLC (LSE: SKY) for US$4.7 billion in cash and stock.

🚑 Emboline, a Santa Cruz, Calif.-based developer of a device for embolic protection during transcatheter aortic valve replacement, raised over $10 million in Series B funding co-led by SV Tech Ventures and ShangBay Capital. www.emboline.com

• FlexyBeauty, a Paris-based provider of SaaS for hair and beauty professionals, raised €7 million from Serena Capital and Newfund. http://axios.link/10GA

• Apollo Global Management and Blackstone Group are the two remaining bidders for Spanish gaming hall operator Cirsa, “raising doubts about whether the sale will go ahead,” according to Reuters. http://axios.link/7jj4

• BC Partners and Ontario Teachers’ Pension Plan have agreed to recapitalize Canadian liquid waste management company GFL Environmental at an enterprise value of around $5.125 billion. http://axios.link/gNmD

🚑 Henry Schein (Nasdaq: HSIC) plans to spin off its animal health business and merge it with Vets First Choice, a Portland, Maine-based provider of tech-enabled healthcare services for veterinary medicine. Henry Schein shareholders will own around 63% of the combined company, while Vets First Choice backers like Clayton, Dubilier & Rice and Hillhouse Capital will own the remainder. http://axios.link/A819

• The Lovesac Co., a Stamford, Conn.-based seller of beanbag chairs, filed for a $40 million IPO. It plans to trade on the Nasdaq under ticker LOVE, with Roth Capital as sole underwriter. The company reports a $5.5 million net loss on around $102 million in revenue for its most recent fiscal year. Shareholders include Satori Capital and Mistral Equity Partners. www.lovesac.com

🚑 Ping An Healthcare & Technology, operator of Chinese mobile medical app Ping An Good Doctor, plans to raise up to $1.12 billion in its Hong Kong IPO. http://axios.link/xcXY

• Tencent Music is prepping an IPO for the second half of 2018, per the WSJ. http://axios.link/k2sb

🚑 AAC Capital has hired JPMorgan to find a buyer for Envirotainer, a Swedish renter of shipping containers for temp-sensitive healthcare products, per Reuters. The deal could be worth up to €1 billion. http://axios.link/RSR6

🚑 Alvogen, a German generic pharma company owned by CVC Capital Partners and Temasek, is seeking a buyer for its Central and Eastern European unit, which could fetch up to $1 billion, per Reuters. http://axios.link/4y4G

🚑 Fresenius of Germanty has terminated its $4.75 billion takeover of Illinois-based generic drug-maker Akorn (Nasdaq: AKRX) and said it will not renegotiate. The move comes after an investigation found data integrity “breaches” at Akorn. http://axios.link/xY72

• NIO, a Chinese electric car company, reportedly is raising up to $500 million for an offshore fund that will invest in automotive technologies. http://axios.link/fHbX

• Armance Bordes has joined Sofinnova Partners as general counsel. She previously was with Eurazeo.

• Martha Coultrap has joined Dorsey & Whitney as a New York-based partner focused on private fund formation. She previously was with Sullivan & Worcester. www.dorsey.com

• Katherine Grass has joined Thayer Ventures as a Madrid-based venture partner. She previously was global head of innovation and ventures at Amadeus Group. www.thayerventures.com

• Dylan Love, a former executive recruiter for both Facebook and Uber, has joined Lightspeed Venture Partners as VP of executive talent, per his LinkedIn profile. www.lsvp.com

• Thomas Stierwalt has rejoined Cowen & Co. as director of tech investment banking, after having spent a year with Deutsche Bank, per his LinkedIn profile.

Whitney Bowman, a partner with Texas-based private equity firm Gauge Capital, passed away last Friday morning from sudden cardiac arrest. He was just 41 years-0ld, and leaves behind his wife Brittanie and six children. 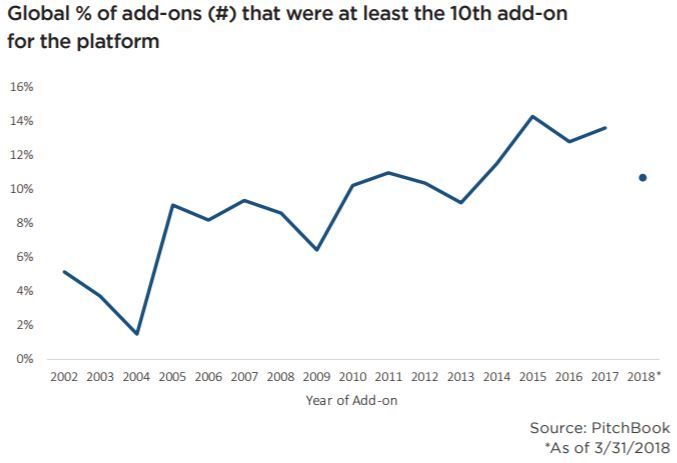