Onto music. At this moment 35 years ago, the irrepressible Cyndi Lauper was atop the Billboard Hot 100 charts with today's intro tune...

A recent World Bank report offers a very mixed bag for anyone hoping the spread of carbon pricing — via taxes or permit trading — could help bring steep cuts in worldwide emissions.

Why it matters: The bank's latest look at pricing trends follows global CO2 emissions increases in 2017 and 2018 that ended a 3-year plateau.

What they found: The report examines various types of regional and national pricing systems.

But, but, but: The existence of a pricing system is no guarantee of emissions cuts (though pricing can also help indirectly by funding climate-related programs).

The bottom line: "[W]hile we see some encouraging trends, action on carbon pricing is nowhere near where it should be: it still covers only a small part of global emissions at prices too low to significantly reduce emissions," John Roome, the bank's senior director for climate change, writes in the report.

Meanwhile, the UN is urging countries to increase the ambition of pledges under the Paris climate agreement at a summit in September.

2. How Europe can kick (half of) its coal habit 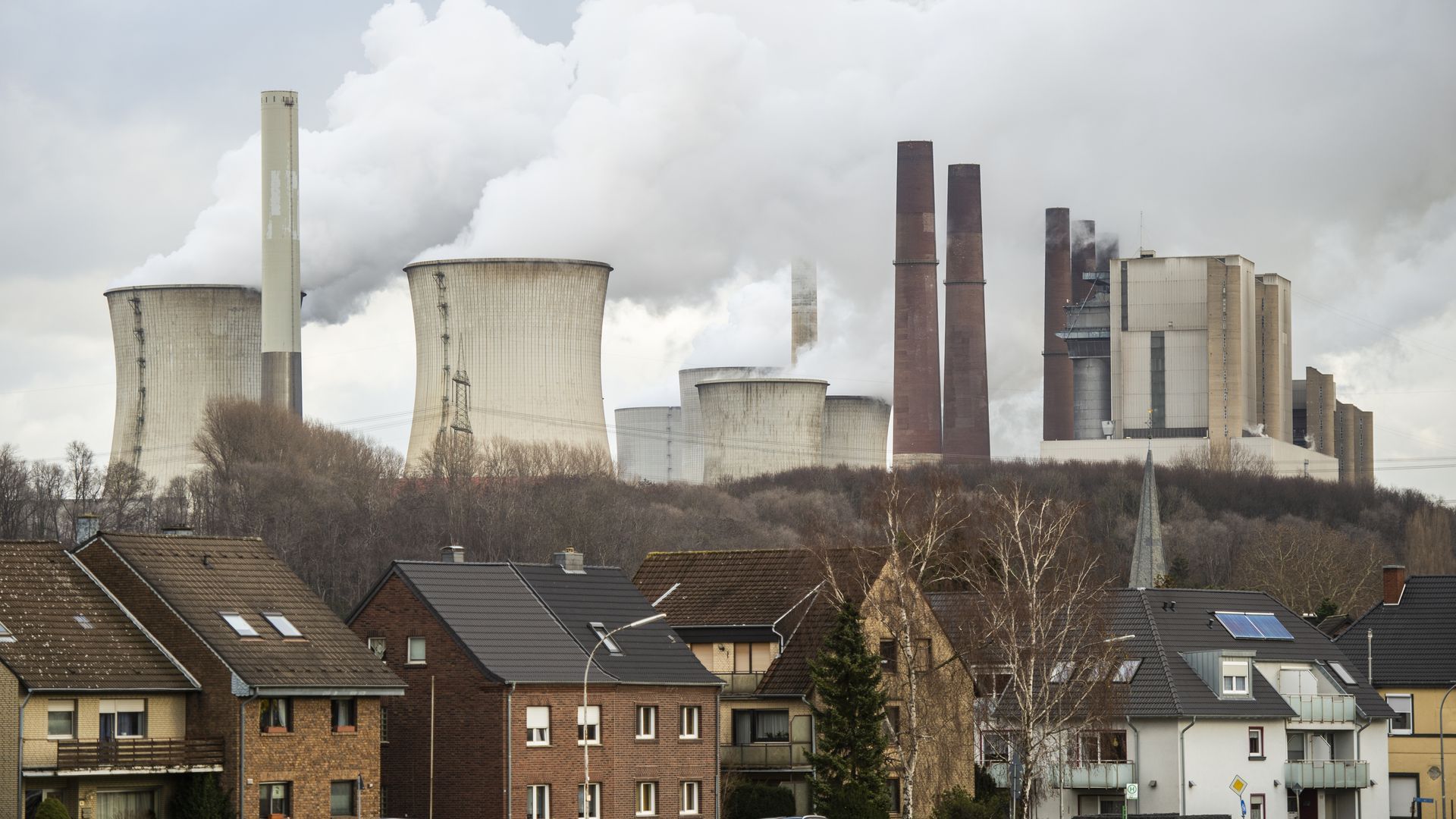 Existing natural gas capacity could replace up to half of the European Union’s coal-fired electricity, according to a forthcoming International Energy Agency study viewed by Axios' Amy Harder.

Why it matters: While still a fossil fuel and thus controversial, natural gas emits 50% less carbon than coal. So in cases where gas is displacing coal, overall CO2 emissions will go down.

By the numbers: In the analysis expected to be released in July, IEA analysts found that with gas, coal and CO2 prices hovering about where they are right now (15–20 Euros per megawatt-hour for gas, 6–10 for coal and 20–25 per ton of CO2) existing natural gas capacity could replace up to half of existing coal electricity.

One level deeper: Environmentalists and some politicians are increasingly opposed to natural gas because they worry it's locking in far too much global warming.

What they’re saying: “Gas of course has a much lower carbon content than any other fossil fuel. Therefore, we think gas is very important as an intermediate balancing fuel,” Maroš Šefčovič, European Commission vice president, said in an interview in May.

Audi yesterday announced a small and voluntary recall of its first fully electric vehicle in the U.S., the luxury E-Tron SUV, due to a fire risk.

Why it matters: Yes, recalls happen in the car industry. But it's coming at a sensitive time as the EV market is still getting off the ground.

Driving the news: The VW unit said it's pulling back roughly 1,640 of the vehicles, including 540 already in customers' hands.

What's next: Audi said they will be able to resolve the problem in the coming 6-8 weeks for affected customers. The company is offering loaner cars and a $800 cash card to cover costs.

Minerals: The Financial Times reports on efforts to shore up supplies of materials used in EVs and other energy tech.

Oil: "Oil steadied above $62 a barrel on Tuesday as firmer equities and expectations OPEC and its allies will keep withholding supply countered concern about slowing economies and demand," Reuters reports.

Gas: Shell said Tuesday that it has begun shipping LNG from its gigantic floating Prelude facility off Australia's coast.

5. How money thinks about climate

Deloitte is out with its latest annual survey of consumer and business energy management views and practices.

The big picture: One takeaway is that sobering UN and U.S. scientific reports about global warming released in late 2018 are on the minds of corporate decision-makers.

By the numbers: 84% of respondents were aware of those reports, and 64% changed their energy management practices in response. Here are some other top-line findings from the business part of the survey...