Good morning. Remember when I said last month we were halfway through the year? Some of you rightly pointed out July 1 is actually the halfway point. So now that we're slightly over that, it's time for me to check in on my 2018 predictions.

My latest Harder Line column examines my own crystal ball from January and revisits my predictions. I'll give you the top line results of that, and then Ben Geman will you get up to speed on the rest. 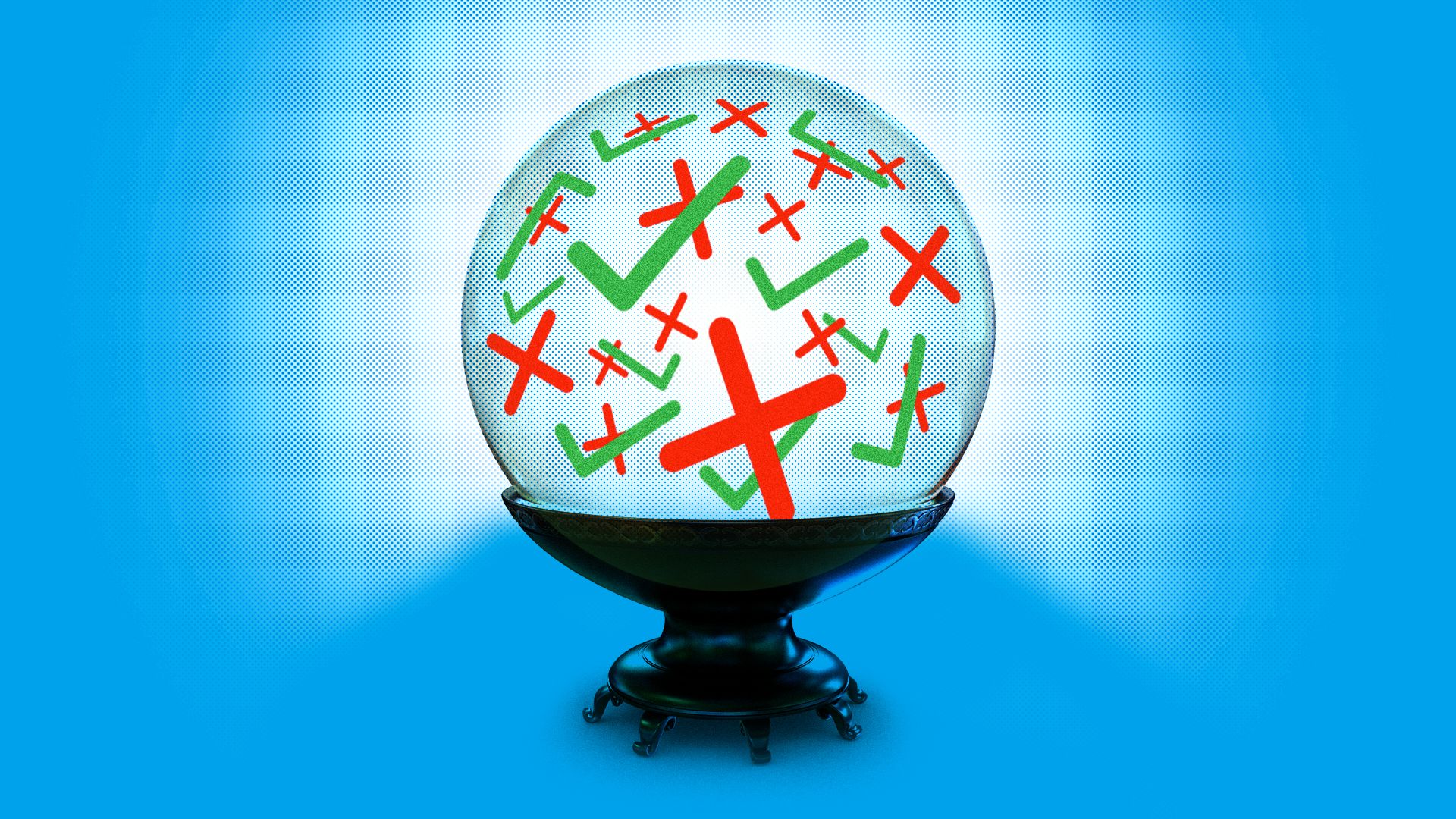 In early January I laid out 8 energy and climate issues to watch this year. Here’s my rejiggered crystal ball — and a fact check for how my predictions are playing out.

1. Regulatory rollbacks: The pace of President Trump’s regulatory rollbacks at EPA is slower than I had predicted in January. This is likely due in part to former Administrator Scott Pruitt's tenure being a lot more scandalous than anticipated. This summer is gearing up to be a busy one though.

2. Trade: I predicted the rubber would meet the road, and it sure has.

3. Electricity market battles: This fight is meeting my expectations, despite no official action from the Trump administration.

4. Paris and Kigali climate agreements: I predicted we’d see words move to action on these two climate-related global accords the Obama administration agreed to. I’ve been more right on Kigali than Paris.

5. Carbon tax: The tectonic plates I predicted would be shifting here are moving — slowly and subtly.

7. Oil prices: I was pretty spot-on with my prediction oil prices would trend upward, with gasoline prices rising accordingly.

8. Saudi Aramco IPO: I was mostly wrong about this being a 2018 issue.

Drill down: Read more details on each in the Axios stream.

Why it matters: Saudi officials had hoped to raise tens of billions of dollars to help fund the kingdom's economic diversification by going public with a small piece of the company.

The latest: A newly published Financial Times interview with CEO Amin Nasser only grazes the topic, but in the article he says that the government had not determined whether it will happen.

More signs: The Wall Street Journal reported late last week that the IPO might be scuttled outright, and quoted an anonymous senior exec saying, “Everyone is almost certain it is not going to happen."

A weekend Bloomberg piece similarly says that many, including senior Aramco officials, doubt it will occur. Some key executives working on the offering have left or taken other roles, they report. Bloomberg notes that one headwind is...

Of note: An Aramco rep has declined to comment to Axios in recent days.

New plan: British officials on Monday published their long-term plan for transitioning away from traditional gasoline and diesel vehicles — a move aimed at cutting traditional pollutants and greenhouse gases.

Why it matters: While battery costs are falling and automakers are offering more electrics, policy will nonetheless play a major role in determining the speed of electric and plug-in hybrid penetration worldwide.

Highlights: The plan calls for — but does not require — new sales of cars and vans to be "effectively zero emission by 2040," with an interim target of at least 50% of new car sales to be "ultra low emissions" by 2030.

The intrigue: Via The Financial Times, "The release of the new policy has been delayed for months by intense lobbying, and the document reveals that the government is sticking to the 2040 target for ending the sale of conventional petrol vehicles, despite pleas from British mayors to bring the target forward to 2030."

Yes, but: Environmentalists and others pointed out that the plan has plenty of caveats and leaves plenty of room for gas-electric hybrids (h/t to Carbon Brief's Simon Evans for highlighting some of the reaction).

Axios contributor Barak Ravid reports ... Israel has presented the Trump administration with its "red lines" for the nuclear deal the U.S. is currently negotiating with Saudi Arabia to build reactors in the kingdom.

The big picture: A senior Israeli official told Barak the Israeli government realized it will not be able to stop the deal — set to be worth billions of dollars for the U.S. — and decided instead to attempt to reach an understanding with the Trump administration regarding the parameters of the deal.

What we're hearing: Steinitz presented Perry and other senior U.S. officials with a set of parameters, including the request for a "no surprises policy" regarding the negotiations with the Saudis to ensure maximum transparency.

Go deeper: Click here to learn more in the Axios stream about what Israel presented to U.S. officials. 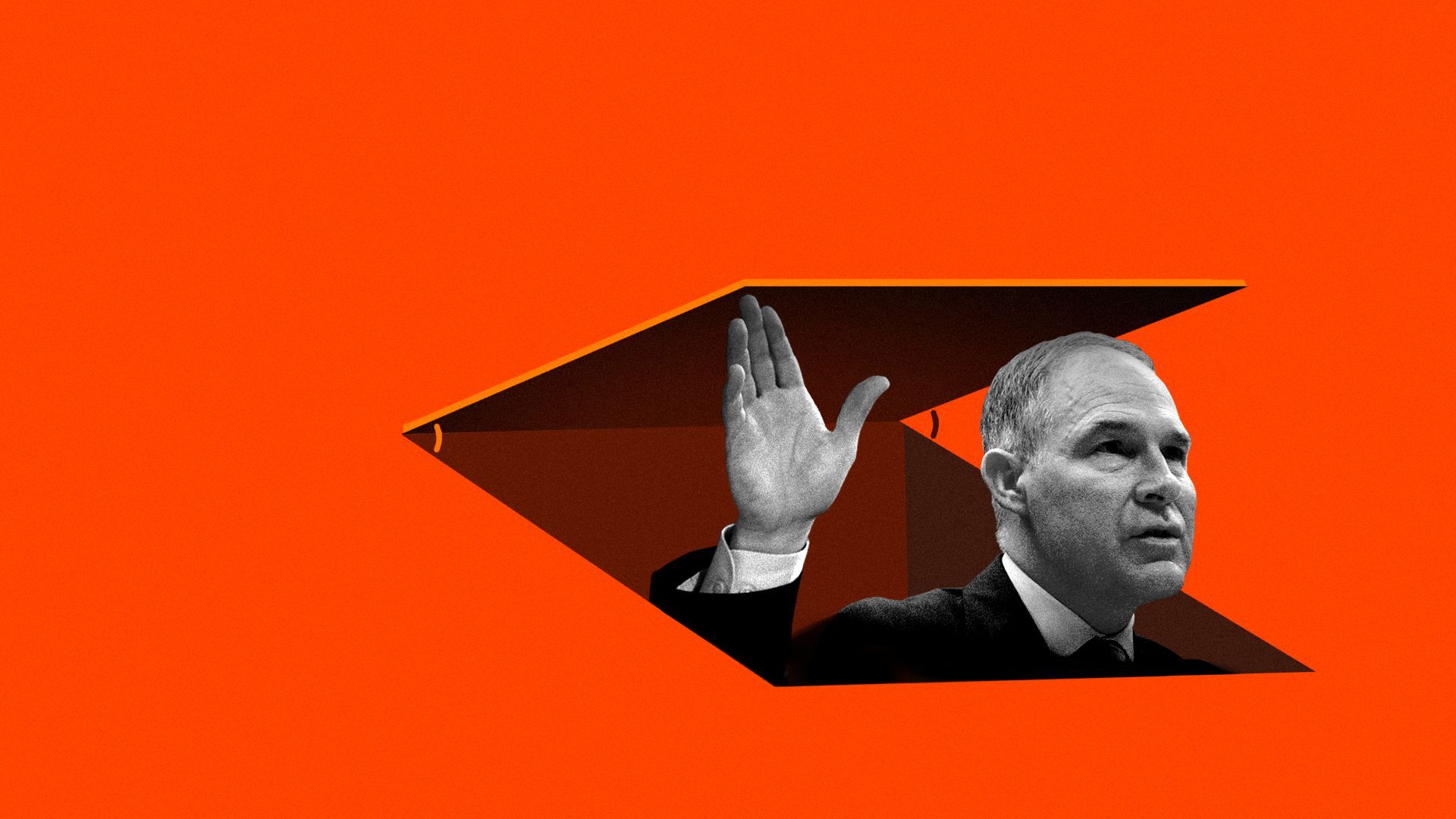 ICYMI: On Friday, we put out a special edition of Generate to size up the departure of Pruitt.

Between the lines: EPA is likely to see smoother processes and less ethical controversy, but a small number of potential policy shifts with Pruitt gone. Don’t expect the overall direction of the agency to change.

Why it matters: For months, Pruitt’s various scandals have dominated headlines and distracted attention from the agency’s regulatory rollbacks. With him gone, an agency scarred by a tumultuous run will be on the same policy track.

What’s next: Andrew Wheeler, EPA’s current deputy administrator, will be the acting administrator. He'll remain there until (and if) Trump appoints a replacement and successfully gets the nominee through what would be a grueling Senate confirmation process.

Go deeper: What will and won't change at EPA.

Our thought bubble: Pruitt's ouster could make life harder, not easier, for environmentalists and other opponents of EPA's agenda under Trump.

More on the EPA transition...

6. The stakes of Trump's plan to prop up coal

Potential Trump administration moves to prop up coal-fired and nuclear power plants for 2 years would cause an estimated 353–815 pollution-related premature deaths and modestly boost carbon emissions, analysts with a non-partisan think tank said.

Why it matters: The new study, by researchers working with Resources For the Future, represents an early attempt to quantify the effects of brewing, highly controversial plans to aggressively intervene in power markets on behalf of economically struggling coal plants and nuclear generators.

The backdrop: An internal White House memo that Bloomberg obtained in late May envisions sweeping use of federal powers to aid economically-struggling plants for two years.

The details: The study, as a baseline, assumes the administration's plan would delay retirement of an estimated 7,800 megawatts of coal-fired generation capacity and 1,100 megawatts of nuclear capacity over 2 years.

A few things on our radar...