This Wednesday morning, Axios Co-founder Mike Allen hosted a series of one-on-one conversations on the future of comprehensive health care across urban and rural America. Topics covered included how to get affordable and accessible care, as well as news of the day items like the rise in youth addiction to nicotine.

Former Commissioner of the U.S. Food & Drug Administration, Dr. Scott Gottlieb, discussed the vaping crisis, including bans on certain flavored cartridges, as well as the differences in the open tank and cartridge systems of vaping. 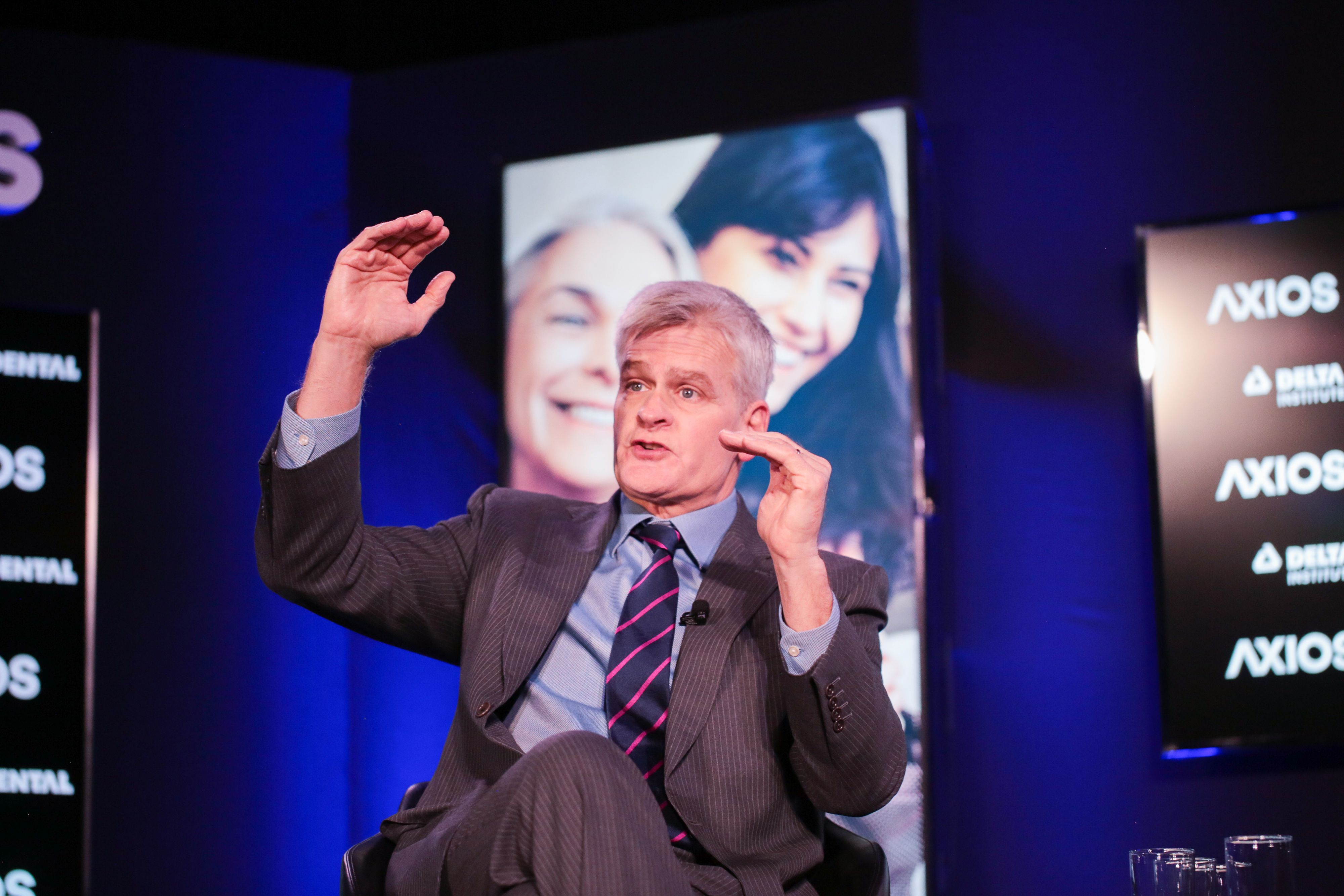 Sen. Bill Cassidy (R-LA) discussed the interconnectedness of comprehensive health, focusing on investment in a broader system of wellness and addressing burnout amongst medical professionals. 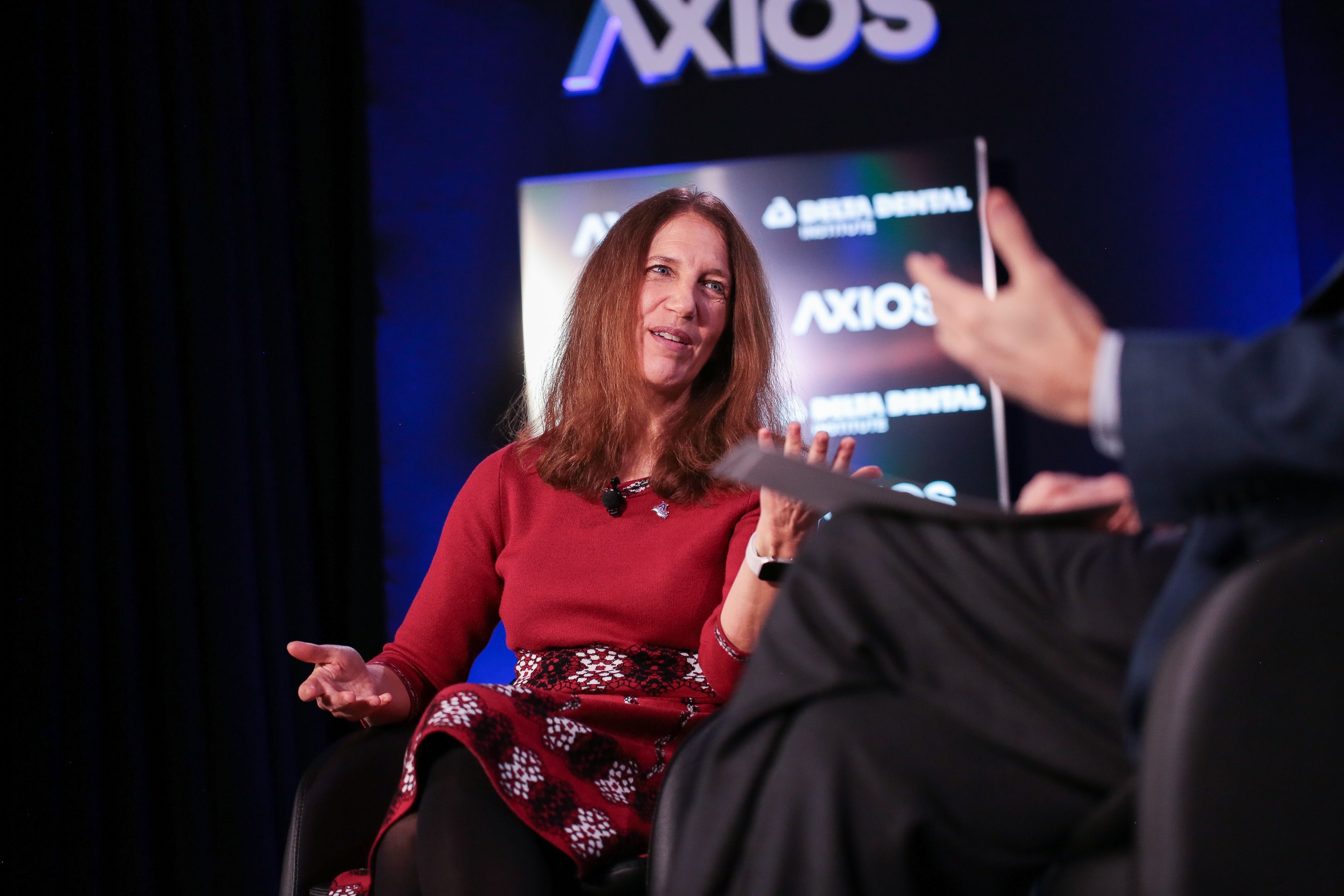 President of American University and Former Secretary of the U.S. Department of Health & Human Services, Sylvia Burwell, discussed her perspective on trends in mental health for young people, as well as the broader health care system. She highlighted economic issues as well as social media in creating and exacerbating stress. 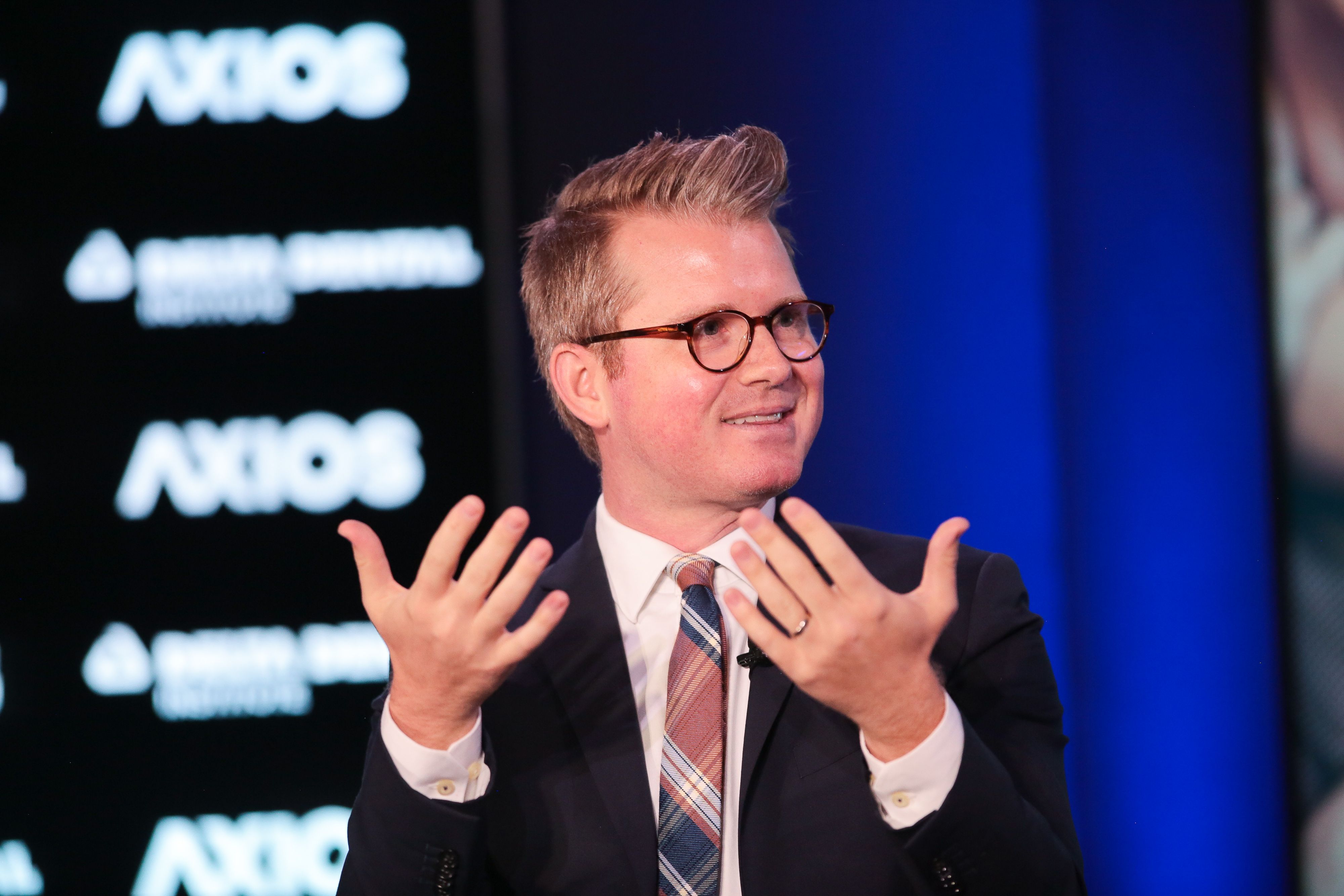 Axios' Health Care Editor Sam Baker discussed the themes that arose during the year's Health Care Vitals tour, including expanding the conversation beyond access and digging into challenges around cost and current levels of comprehensiveness.

Thank you Delta Dental Institute for sponsoring this event. 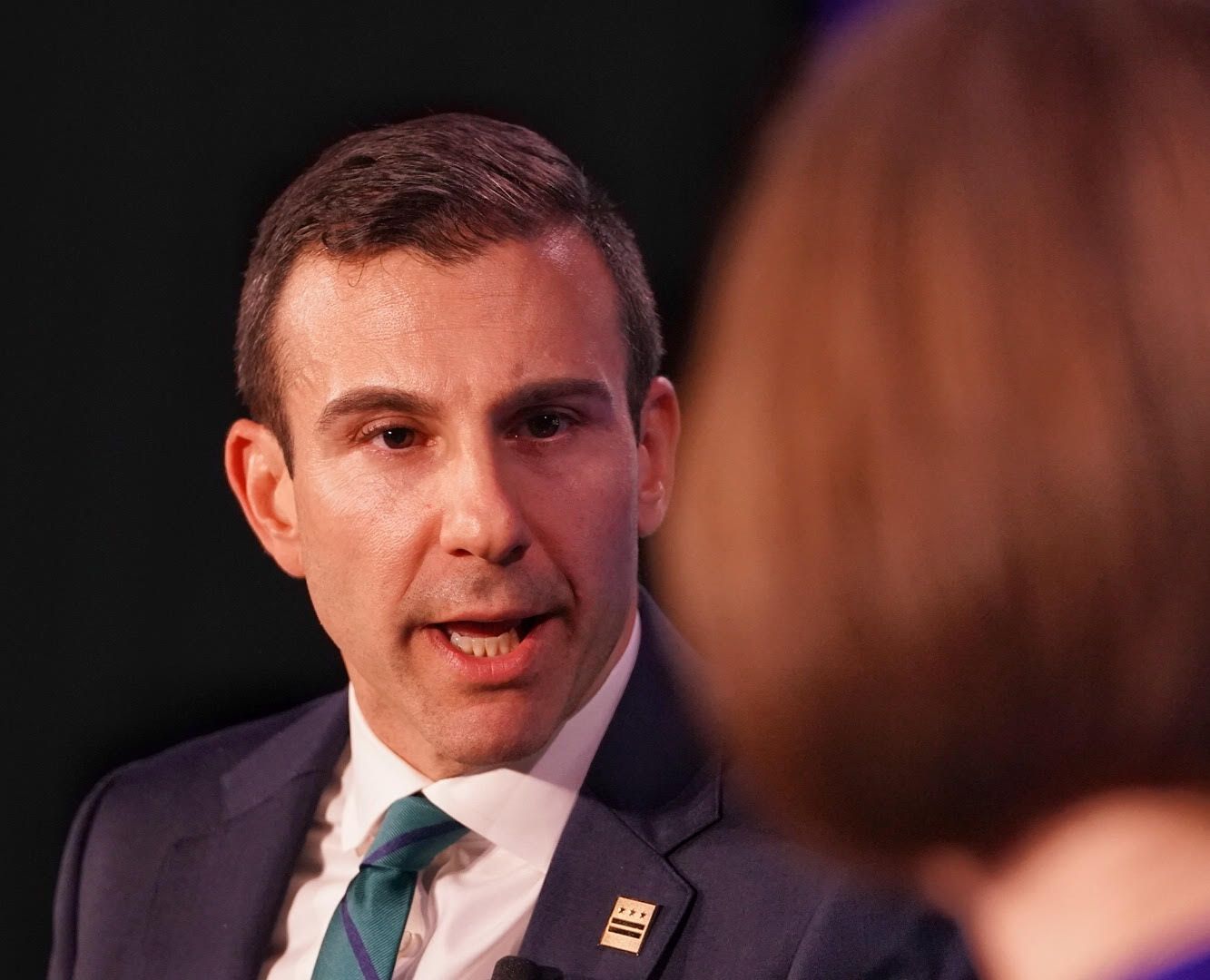 Director of the District Department of Transportation, Jeff Marootian, discussed how transit in Washington, D.C. has changed in the past ten years, and how the advent of ride-sharing apps has put pressure on the curbside. Hicham Abdessamad in conversation with Evan Ryan on the Axios stage. Photo: Jeff Snyder for Axios

In our View From the Top segment, Hicham Abdessamad sat down with Axios Executive Vice President Evan Ryan to discuss leveraging available data in cities to solve big problems around congestion. He highlighted the success of a recent initiative in Tequila, Mexico, which tracked the flow of people in and around the city center. 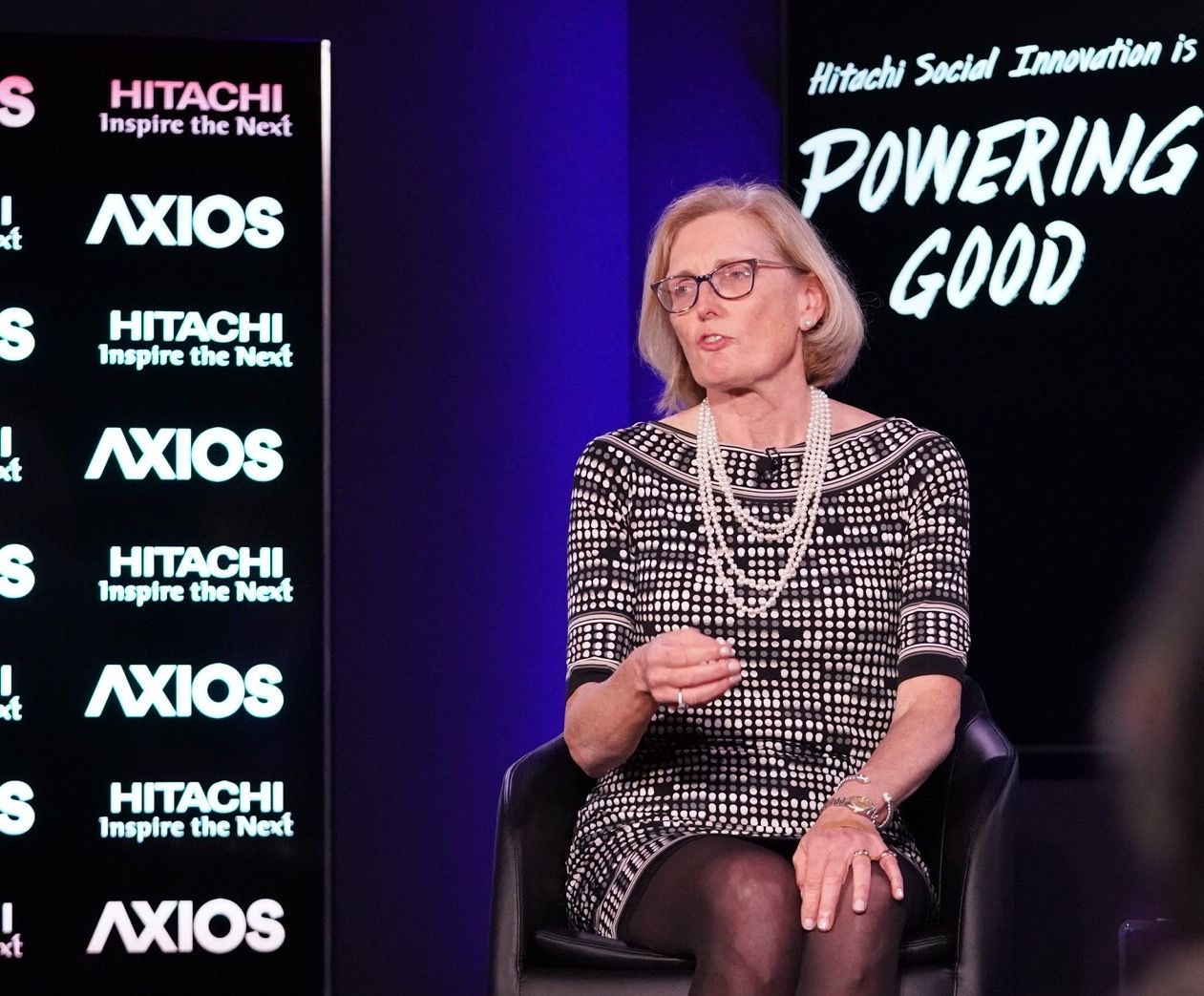 Executive Director of State and Local Government Solutions at Microsoft, Kim Nelson, discussed the challenges for cities of all sizes to figure out what their top priorities are for leveraging technology, both in the short and long term.

Thank you Hitachi for sponsoring this event.

The Cost of Health

While the discussion proved to be a lively debate, there was one area of agreement among attendees — the current health care system and its approach to drug pricing and coverage — is broken. 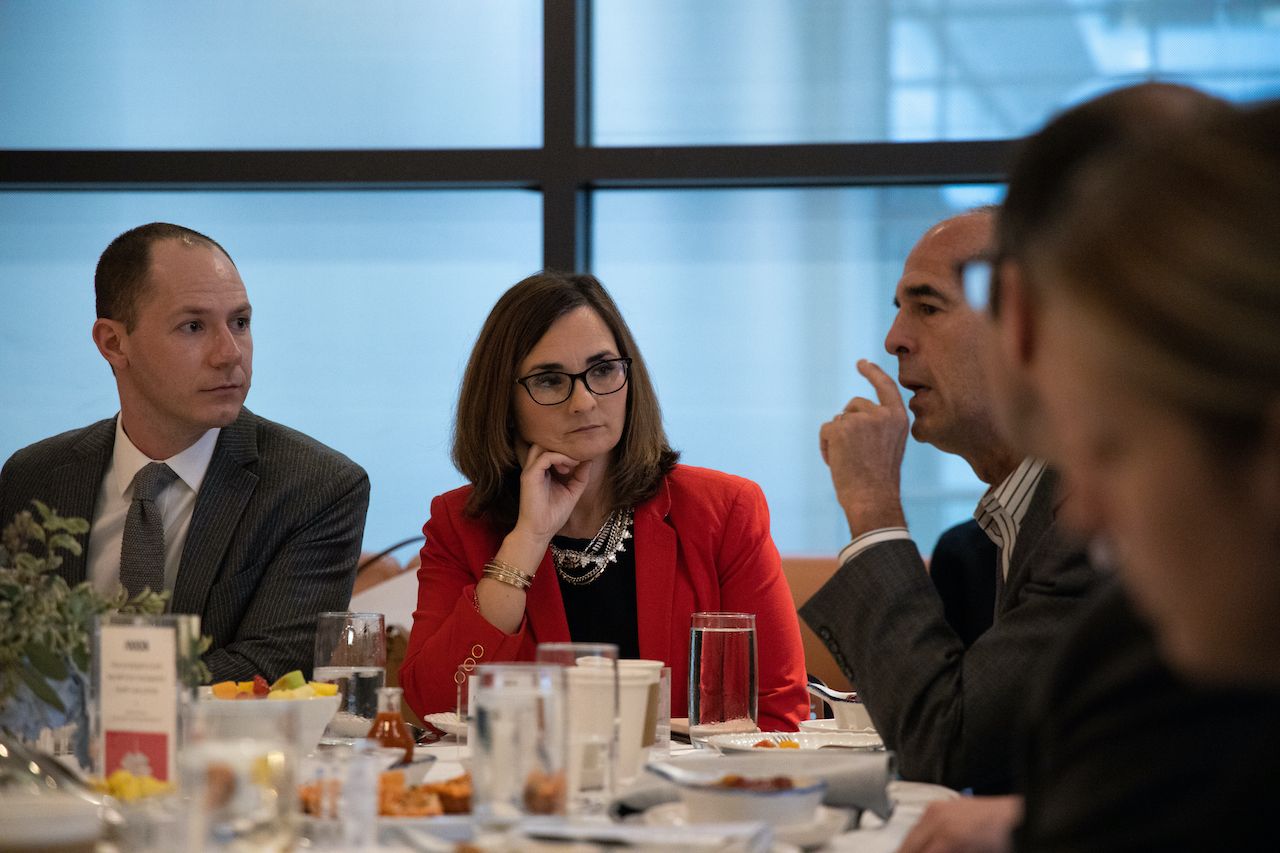 Herman asked the group if they saw relatively easy fixes to the current health care bills that would allow for widespread support. 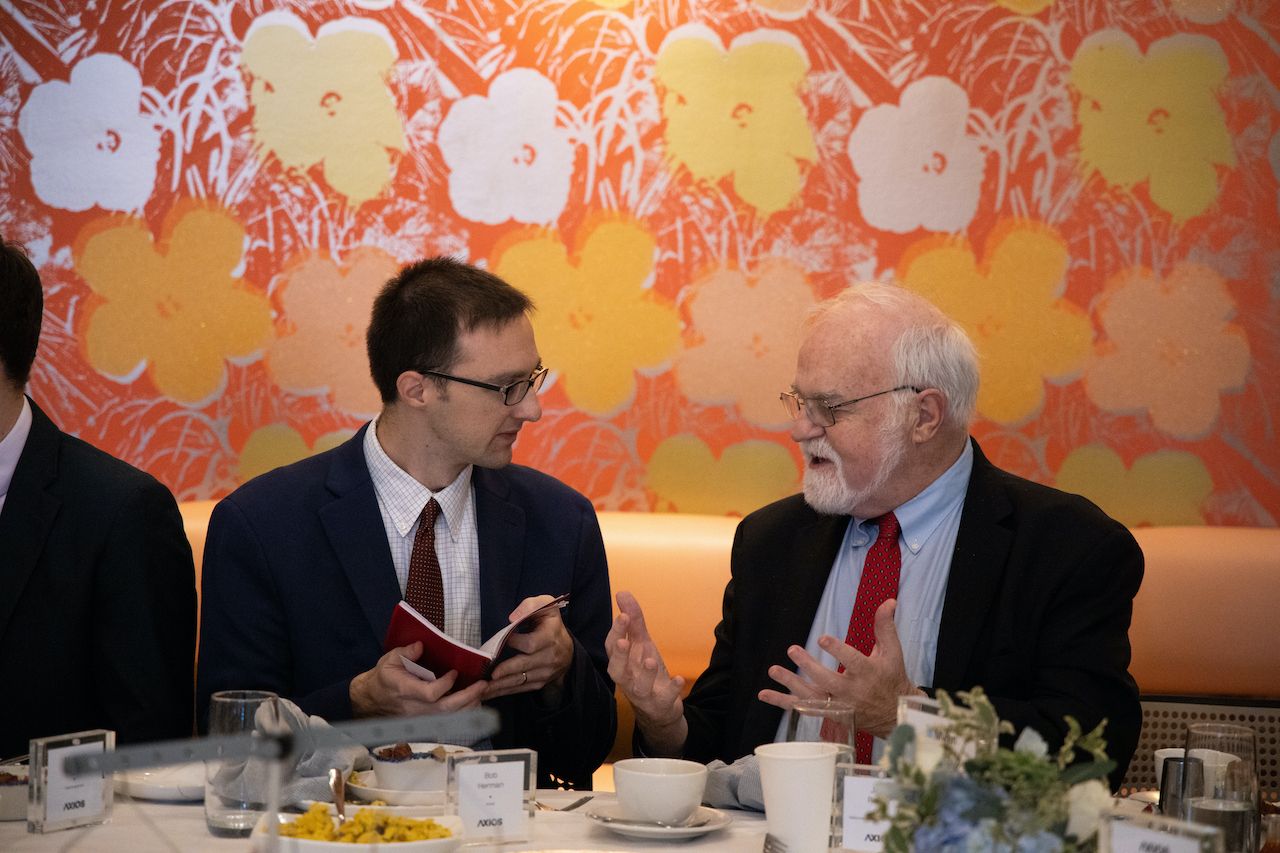 As the conversation came to a close, Bob Herman listed the topics he had hoped to cover with the group — the Institute for Clinical and Economic Review's reports, rebates, and an alternative system for drug pricing — if they had more time. The discussion concluded with the following key insights: 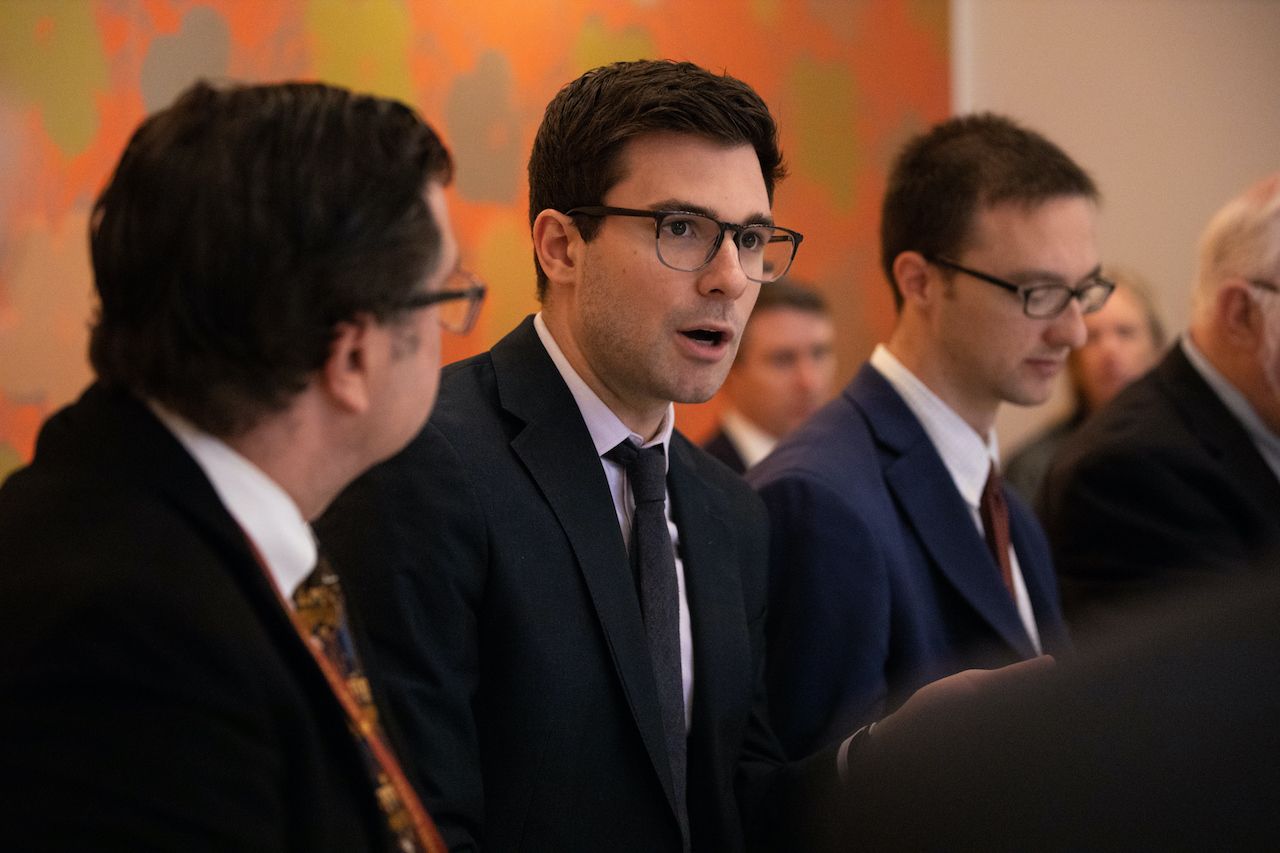 Michael Budros of Healthsperien at the Axios roundtable. Photo: Hector Emanuel for Axios

Thank you, Mylan for sponsoring this event.