How Michael Bloomberg would decarbonize transportation

Big banks saved billions thanks to the Trump tax cuts

New poll: 83% of African Americans say Trump is a racist

Why it matters: The backdrop to some of Trump's events sometimes seem to hold symbolic significance, whether by plan or by coincidence. Here are some other examples:

1. "The Verdict of the People"

Backdrop: An American painting traditionally serves as the background at this luncheon, in this case "The Verdict of the People" by George Caleb Bingham was chosen, which depicts citizens rejoicing and grieving election results. Of course, Donald Trump's own election was hotly contested and unexpected by most polls and pundits. 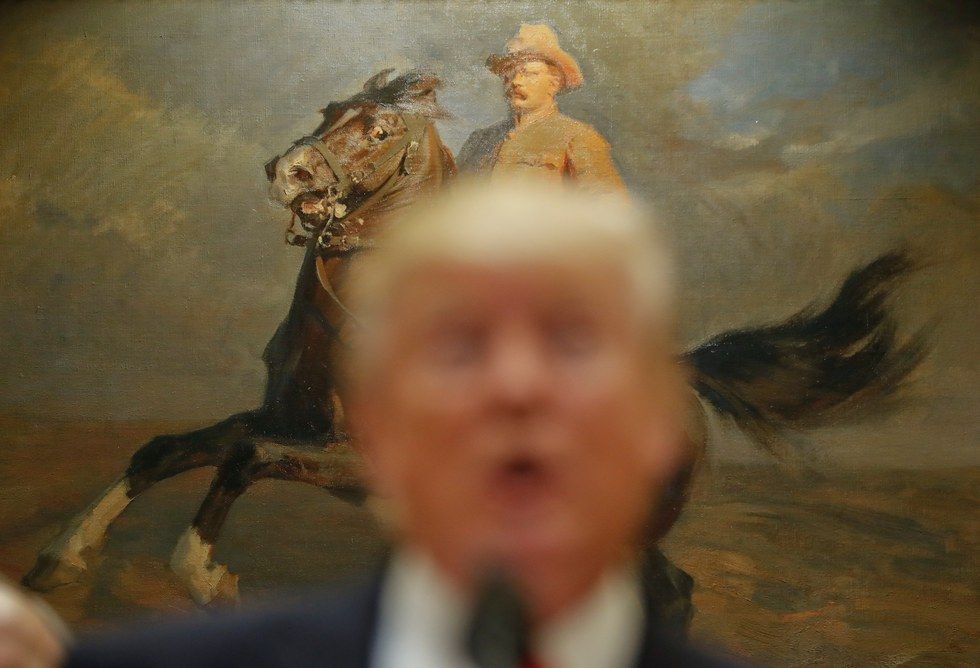 Event: In April, President Trump signed an executive order to expand offshore drilling for oil and gas reserves in areas that President Obama had withdrawn from energy development. Advocates against offshore drilling are concerned of possible negative impacts drilling has on marine life.

Backdrop: Trump spoke in front of a portrait of President Theodore Roosevelt who was a passionate outdoorsmen and conservationist who established 150 national forests, 51 federal bird reserves, four national game preserves, five national parks and 18 national monuments on over 230 million acres of public land, according to the Interior Department. 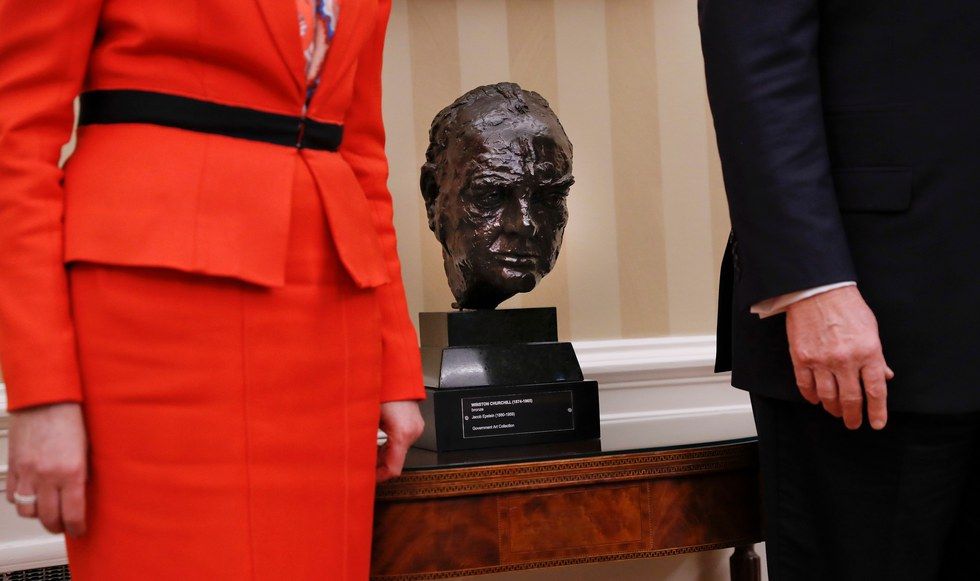 Backdrop: The two posed for photos in front of a bust of Winston Churchill who also led the British conservative party and was the British Prime Minister during World War II. Churchill first called the relationship between Great Britain and the U.S. a "special relationship." President Obama had removed the Churchill bust in the Oval Office to replace it with one of Martin Luther King Jr. Although Trump kept the MLK bust, he also brought in an identical Churchill bust shortly after assuming office. 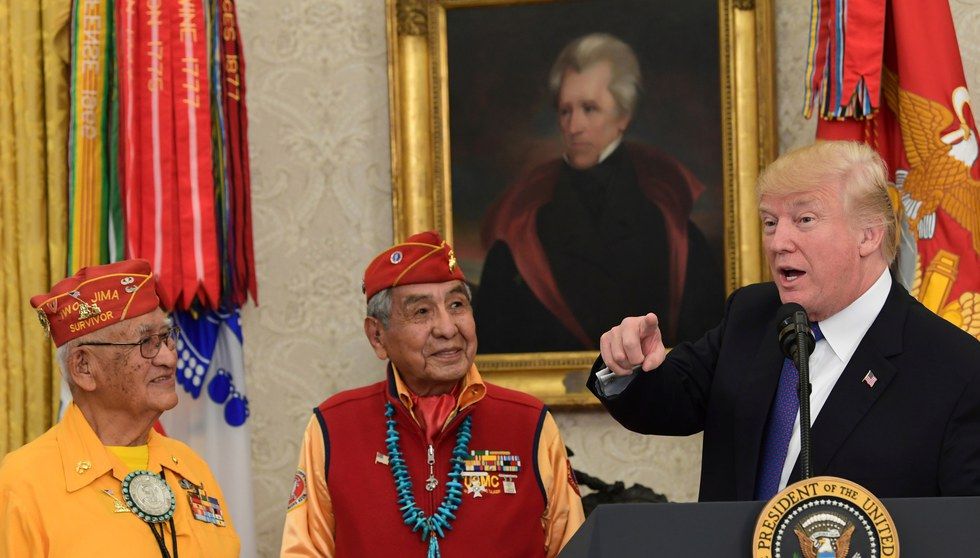 Backdrop: In the background in the Oval Office is a portrait of Andrew Jackson, who signed the Indian Removal Act in 1830, which resulted in the death of thousands of Native Americans as they were forced off their land to march on foot to established Indian territories.

Event: On the first day of public tours in Trump's White House, Trump surprised his guests by welcoming them himself.