A special report on the forces shaping space

Explore below and sign up for Axios AM for more deep dives into the most important topics affecting our world. 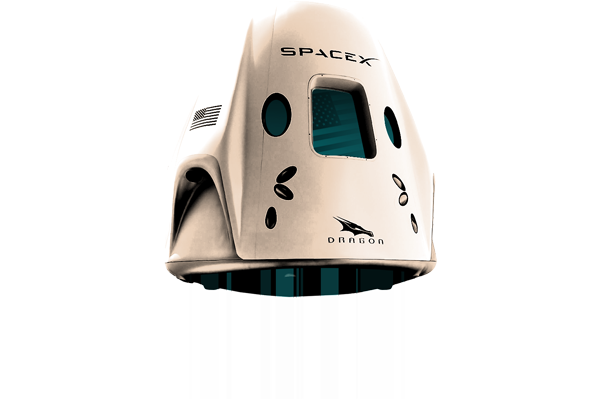 A few years ago, a Silicon Valley billionaire decried that he and his friends dreamed of flying cars, and instead got 140 characters. He was wrong: They, along with entrepreneurs and governments around the world, got much more — a space race on steroids.

The big picture: From Dubai to the U.S., Tokyo to Moscow, Tel Aviv to Beijing and more, billionaires, privateers and political leaders are vying to land on the Moon, colonize Mars, mine asteroids — and just get off the Earth. "Whatever we have evolved into hundreds and thousands of years from now, we'll look at these decades as when the human race moved off the planet," said Peter Diamandis, chairman of the X-Prize Foundation.

There are a handful of catalysts to the race, including national pride and irresistible interest in an estimated future multi-trillion-dollar industry. But neither of those has primarily driven the private commercial actors who are the most powerful forces behind the new age — billionaires like Jeff Bezos with his Blue Origin, Elon Musk with SpaceX, and Richard Branson with Virgin Galactic.

For them, the primary motivation appears to be romantic. All grew up amid the Apollo program and "Star Trek," and viewed the stars as, in Jim Kirk's words, "the final frontier," a place where humans were at long last going, Diamandis tells Axios. They thought they possibly could even go up, should science develop rapidly, and were deeply disappointed when, in the 1970s, NASA stopped sending humans to deep space.

"But then they made enough money to do it on their own."

Diamandis himself helped ignite the race with a $10 million prize competition, launched in 1996, for the first private actor to send a rocket into suborbital space. When it was awarded in 2004, the private industry took off.

Between the lines: A space program has become a must-have for governments, and not just for the usual players:

All this activity looks a lot like the centuries-ago Age of Exploration, says astrophysicist Neil deGrasse Tyson, who tells Axios that we are now becoming "spacefaring nations."

It won't be, if the private players have anything to do with it. By 2040, estimates Morgan Stanley, the space economy will be worth $1.1 trillion; Bank of America estimates $2.7 trillion.

Editor's note: This deep dive was first published in October of 2018.

Billionaires and their rockets

The billionaires pouring money into rockets don't appear, at least so far, to be focused entirely on money. Instead, they are turning childhood love of sci-fi into a private space exploration companies. Elon Musk has SpaceX, Richard Branson has Virgin Galactic and Microsoft co-founder Paul Allen has Stratolaunch.

The big picture: Jeff Bezos is much richer than all of them put together, which means he's been able to worry less than any about profits, shareholders or commercial contracts.

He's also been much more secretive. Bezos rarely talks publicly about Blue Origin, his space company, except to say "it's the most important work I'm doing." Most of the company's development has happened behind the scenes.

The bottom line: There's a sneaking suspicion among many in the industry that Blue Origin is much further along than it's shared. And, even if not, it has unmatched access to resources that could help it leapfrog the competition.

Go deeper with these related topics: