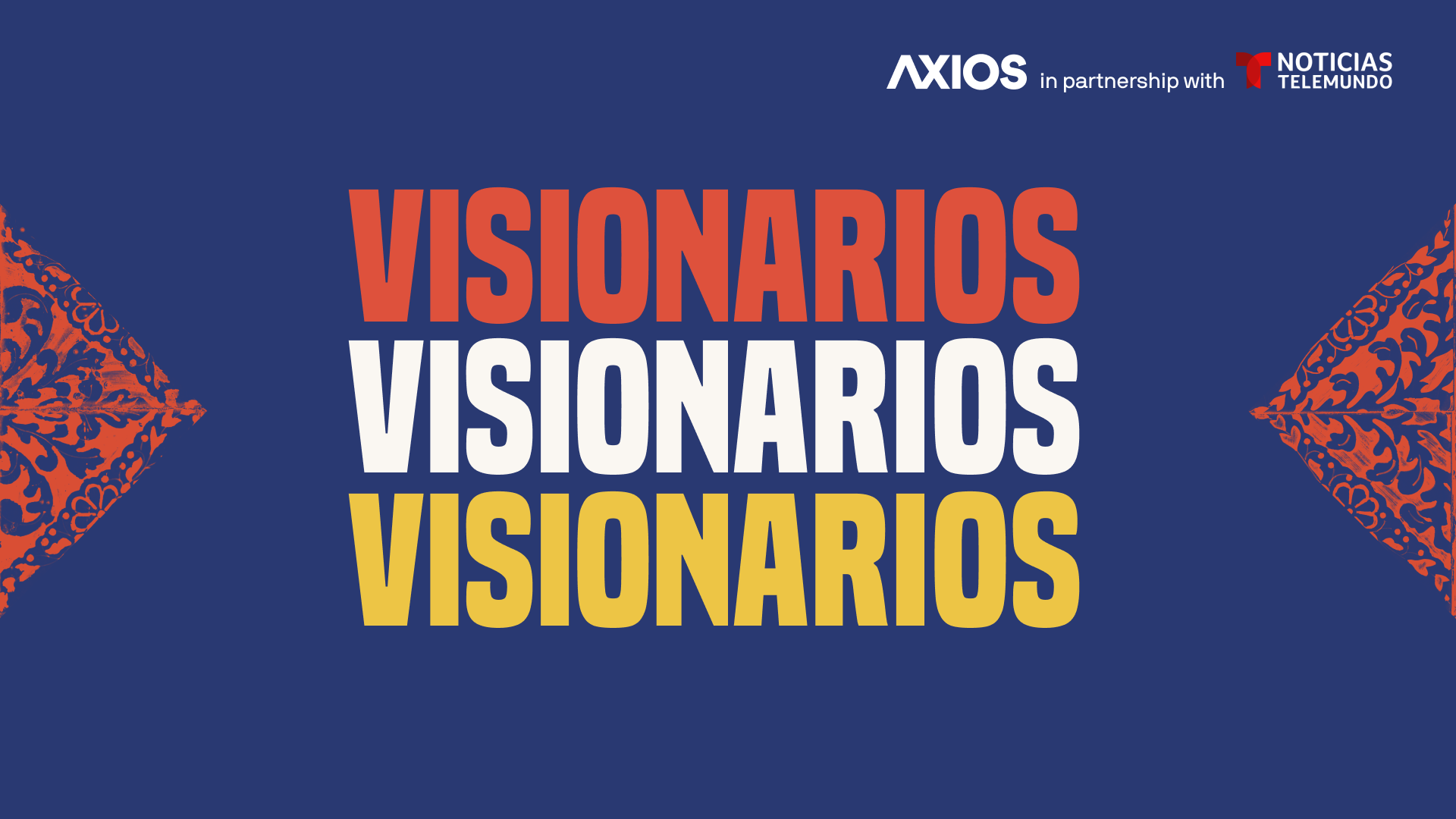 1 big thing: Axios Latino and Noticias Telemundo will partner to host the inaugural Visionarios event on September 29, 2022 in Washington, D.C.

Why it matters: “Visionarios will spark necessary conversations as political attention turns to Latino voters ahead of the 2022 midterms,” said Axios Editor-in-Chief Sara Kehaulani Goo. “We are excited to partner with Noticias Telemundo to create a forum for this important dialogue, and hope it will inspire further conversation and reflection at this critical moment.”

Learn more about Visionarios and register for the virtual livestream here.

Axios is a digital media company delivering trustworthy breaking news and invaluable insights to help readers and viewers get smarter, faster across the topics reshaping our lives in politics, tech, business, media, science and the world. Axios was created around a simple proposition: deliver the cleanest, smartest, most efficient, and trust-worthy experience for readers and advertisers alike.