In an interview that just aired on Fox News, Russian President Vladimir Putin told Chris Wallace that Western efforts to isolate Russia have "failed," and he began down a "new path" today with President Trump.

The backdrop: Trump is being pilloried from all sides following today's press conference for seeming to side with Russia, rather than U.S. intelligence, over election meddling in 2016. Putin said it was only natural that Trump would decline to criticize him: "Was it worth going all the way to Helsinki to just insult one another? ... We met to find a way of improving our relationship.”

From the Wallace interview:

How it's playing in global headlines...

Richard Haass, writes for Axios Expert Voices: "The summit should not be viewed in a vacuum. It was a worrisome and in many ways objectionable finale to a week that did much to undermine the foundations of U.S. foreign policy — especially NATO and the U.S.–U.K. special relationship — that have contributed so much to U.S. security, prosperity and influence for the better part of a century. Alas, the trip provided nothing that would take their place."

2. Global: How world leaders stack up at home

In recent weeks, I've covered the trials and tribulations of Angela Merkel, Theresa May and Donald Trump. So it seems like a good time to compare the relative popularities of some leading world leaders.

Trump's approval sits at 43%, per the RCP polling average.

Bonus: Photo of the day 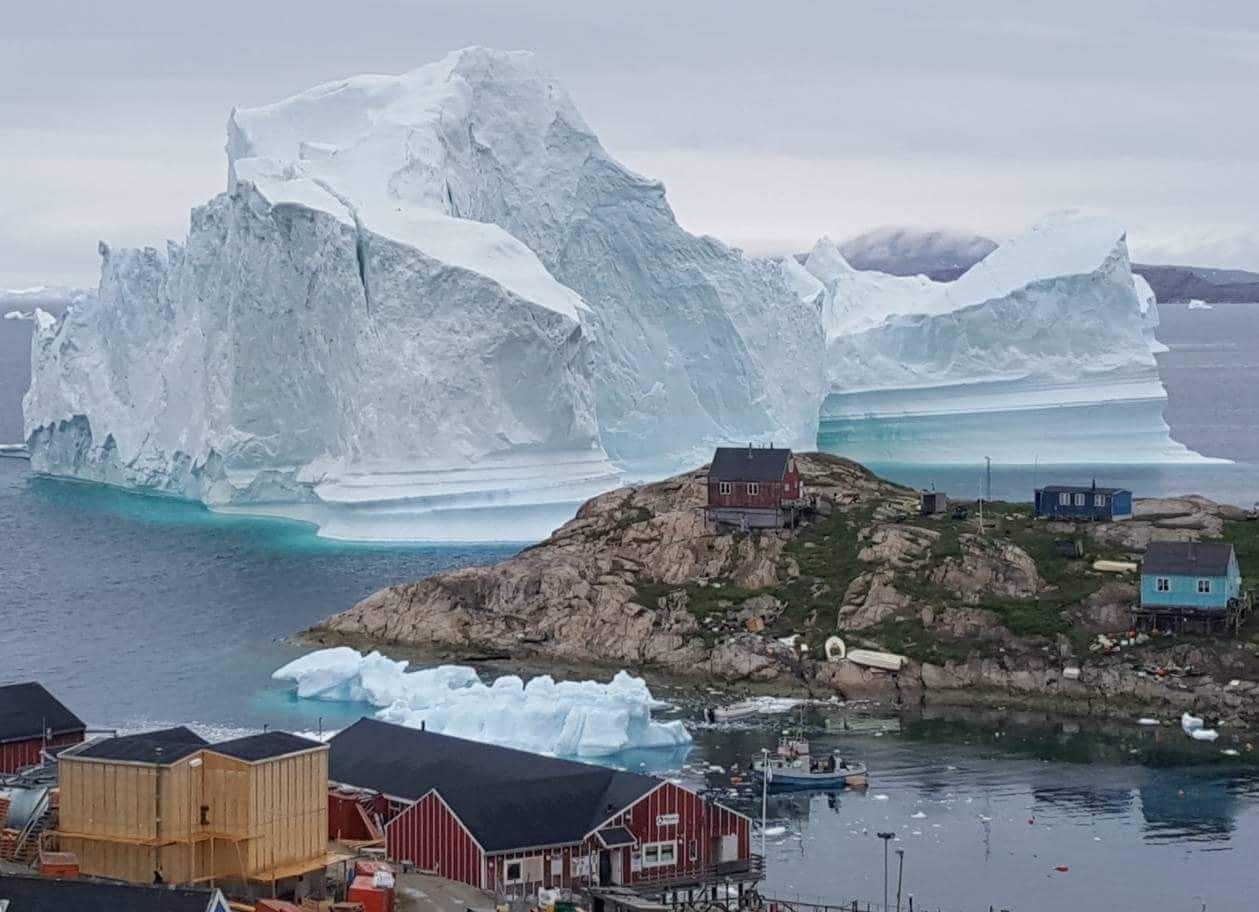 An 11-million-ton iceberg is threatening Innaarsuit, Greenland, a small village with 169 permanent residents.

In Mexico, much of the post-election focus has been on how Andrés Manuel López Obrador will govern (the leftist president-elect is getting right to work, and selected Marcelo Ebrard, considered a moderate, as his foreign minister).

But Eurasia Group's Willis Sparks points out in the latest Signal newsletter that a huge political victory for the Mexican women is flying under the radar.

The bottom line: No one knows how female lawmakers will change politics and policy, but only in countries where political parties genuinely want women to participate are we likely to find out.​​

4. Africa: Kenya in the spotlight

Barack Obama is visiting Kenya, and held meetings with President Uhuru Kenyatta and opposition leader Raila Odinga today before inaugurating a youth center founded by his half-sister. So it seemed like a good time to highlight some issues facing the East African state:

Kenya ranks toward the back of the global pack when it comes to corruption (just behind Russia and ahead of Nigeria, according to Transparency International) and President Uhuru Kenyatta and other top officials are under pressure to do something about it.

Kenya's debt is also spiking. 72% of it is owed to China, according to Quartz, as the Asian giant swoops in with easy money to fund infrastructure projects. A recent headline from Kenya's Standard newspaper declares, "Kenya’s indebtedness to China may evolve into national security threat."

5. Europe: Will Brussels cut May a break?

While U.K. Prime Minister Theresa May held a lively press conference with President Trump Friday at her country retreat, Michel Barnier, the EU's Brexit point man, was in Washington responding to her Brexit plan.

Between the lines: May is facing an intraparty revolt for allegedly going too "soft" in her plan, but parts of it still look unacceptable from Brussels. Still, EU officials aren't anxious to see May fall, and a "no deal" Brexit would also damage Europe. So can Barnier show a bit of flexibility?

What to watch: May will have to make concessions to Brussels, then turn around and sell that deal to Parliament. With the Conservatives split and Labour likely to vote "no" in hopes of toppling May's government, that might not be possible.

France beat Croatia 4-2 yesterday in Moscow to claim the World Cup title. Six quick things for what will sadly be my final World Cup roundup...

— Theresa May on Donald Trump's advice on Brexit.

Thanks for stopping by — see you Thursday evening!