Good morning! Not sure if you heard, but...

Tiger Woods won the Masters yesterday — his 15th major victory and his first since June 2008, when the Seattle SuperSonics were still an NBA franchise and Uber had yet to be founded.

Why it matters: Tiger's win at Augusta matters for a million different reasons, none bigger than the fact that it answers the most lingering question in sports.

The big picture: We didn't know if we'd ever get world-conquering Tiger back. Now that we have, it's as if his extraordinary but faded career has been given new life.

The bottom line: What transpired this weekend reframes everything that happened before it, turning a story of human fragility into one of human strength.

2. ⛳️ More images from a day we won't soon forget

Above: We spend a lot of time thinking about what momentous occasions like this mean to us as sports fans. But what this means for Tiger and his family takes precedence over all of that. 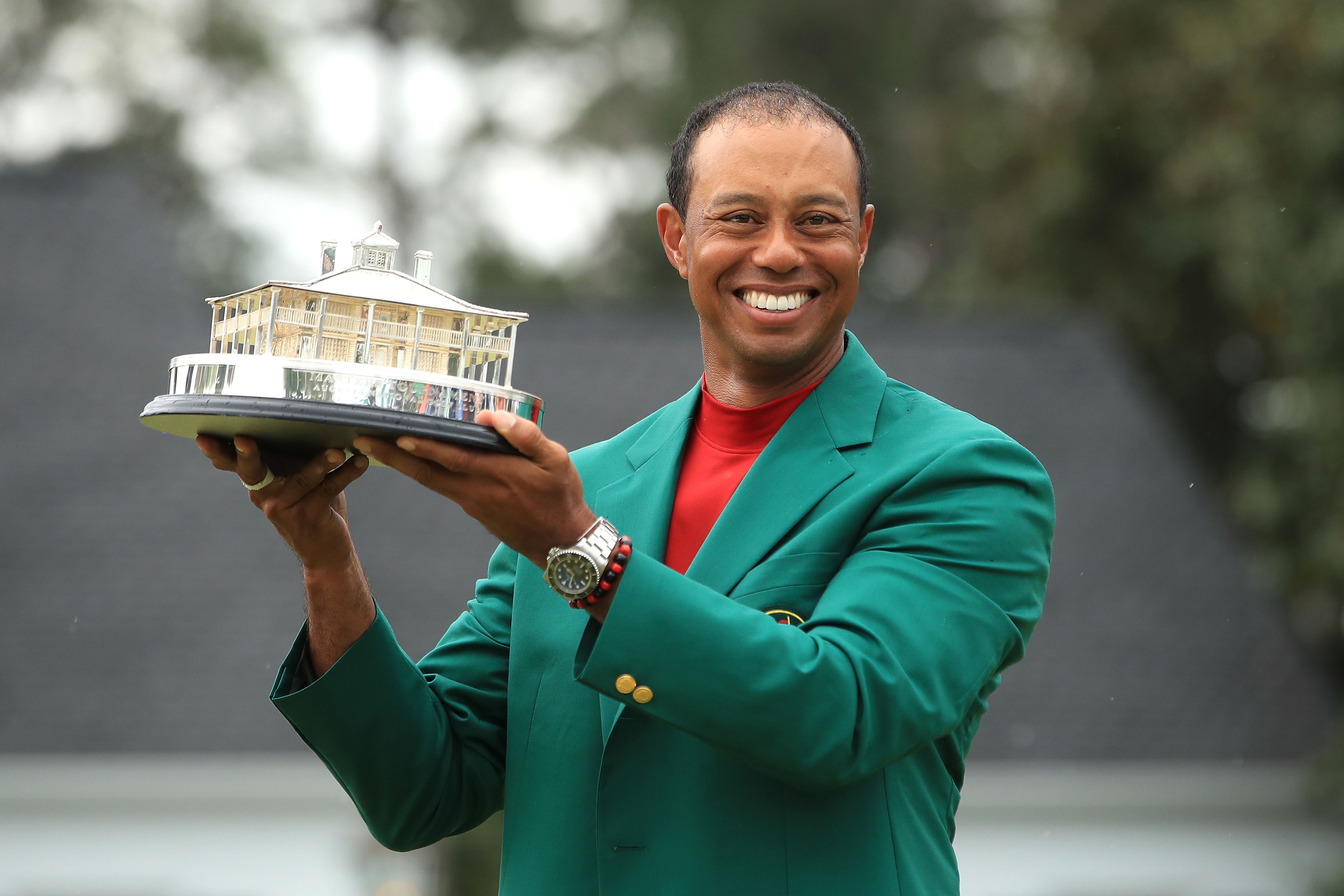 Above: The jacket still fits. 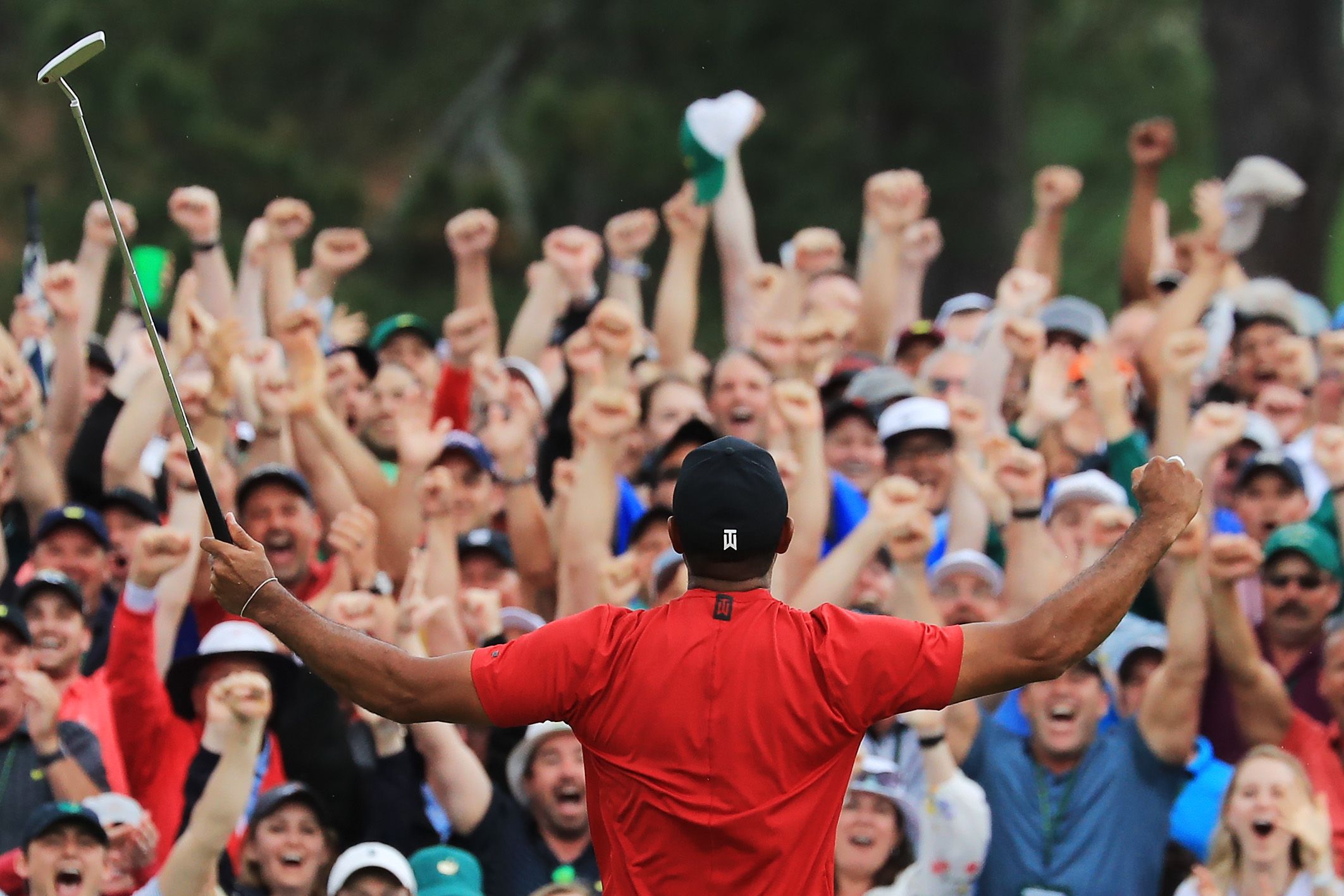 Above: And the crowd still roars.

3. 🏀 NBA playoffs: Stars of the weekend

4. 🏃‍♀️ The Boston Marathon is today

From Mike Sykes: The Boston Marathon is one of America's most sacred traditions, dating all the way back to 1897. It happens every Patriot's Day. Kids are out of school. The Red Sox are playing. It's just an all-around great day.

Why it matters: The race has taken on new meaning in the years since the 2013 Boston Marathon bombings that killed three and injured 183.

The bottom line: Tragedy doesn't shape us. We turn it into triumph instead. This race and its contestants prove it. Good luck to everyone participating!

22 years ago today, Major League Baseball permanently retired Jackie Robinson's No. 42 on the 50th anniversary of his MLB debut.

8. The Ocho: 🐶 Cactus, the marathon-running dog 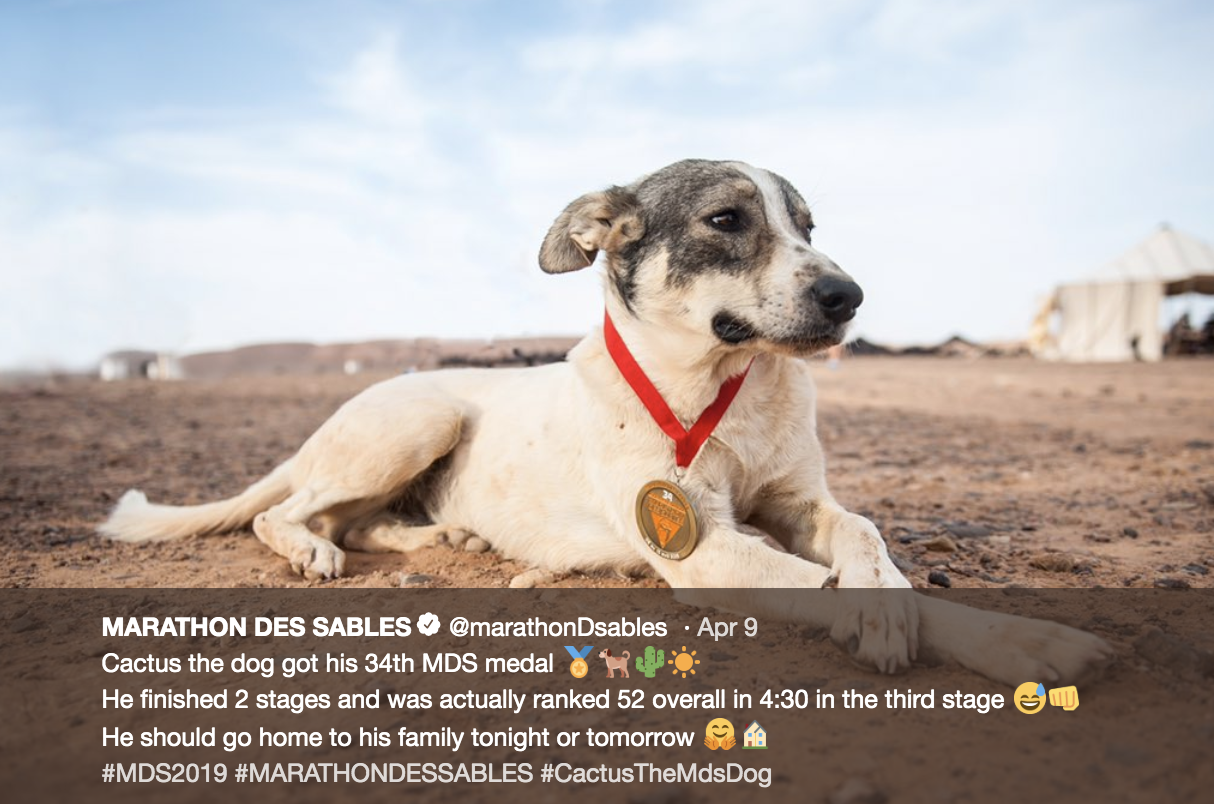 Meet Cactus, the dog who just sort of showed up and participated alongside humans in one of the world's most difficult races last week.

Details: Cactus suddenly appeared during the Marathon des Sables, in which competitors run an average of 23.5 miles per day for five days straight through the unforgiving Sahara Desert in southern Morocco.

What they're saying: Cactus' owner commented on a Facebook post that his name is actually Diggedy. She also seemed more than fine with him participating.

"I am the owner and was told he had left the camp yesterday... If I can pick him up I will but I also know he's having the greatest time ... He is a nomad dog and often travels 40 km a day around this area just for fun. Please look after him and get him home."

Pro tip: If you want to master the art of sports betting, download The Action Network app.

3. How many points will Stephen Curry score against the Clippers tonight?