P.S. Thanks to everyone who participated in our daily prediction contest, and congrats to Allan Bronzo for winning (we'll be in touch)! Good luck in Round 2.

Mike Trout has reportedly agreed to a contract extension with the Angels that will pay him more than $430 million over the next 12 seasons, blowing the record-breaking 13-year, $330 million deal Bryce Harper signed last month out of the water.

By the numbers: Over the course of his career, Mike Trout has been as productive as Harper and Manny Machado, combined. His career wins above replacement (WAR) is 64.3. Harper's is 27.4 and Machado's is 33.8. 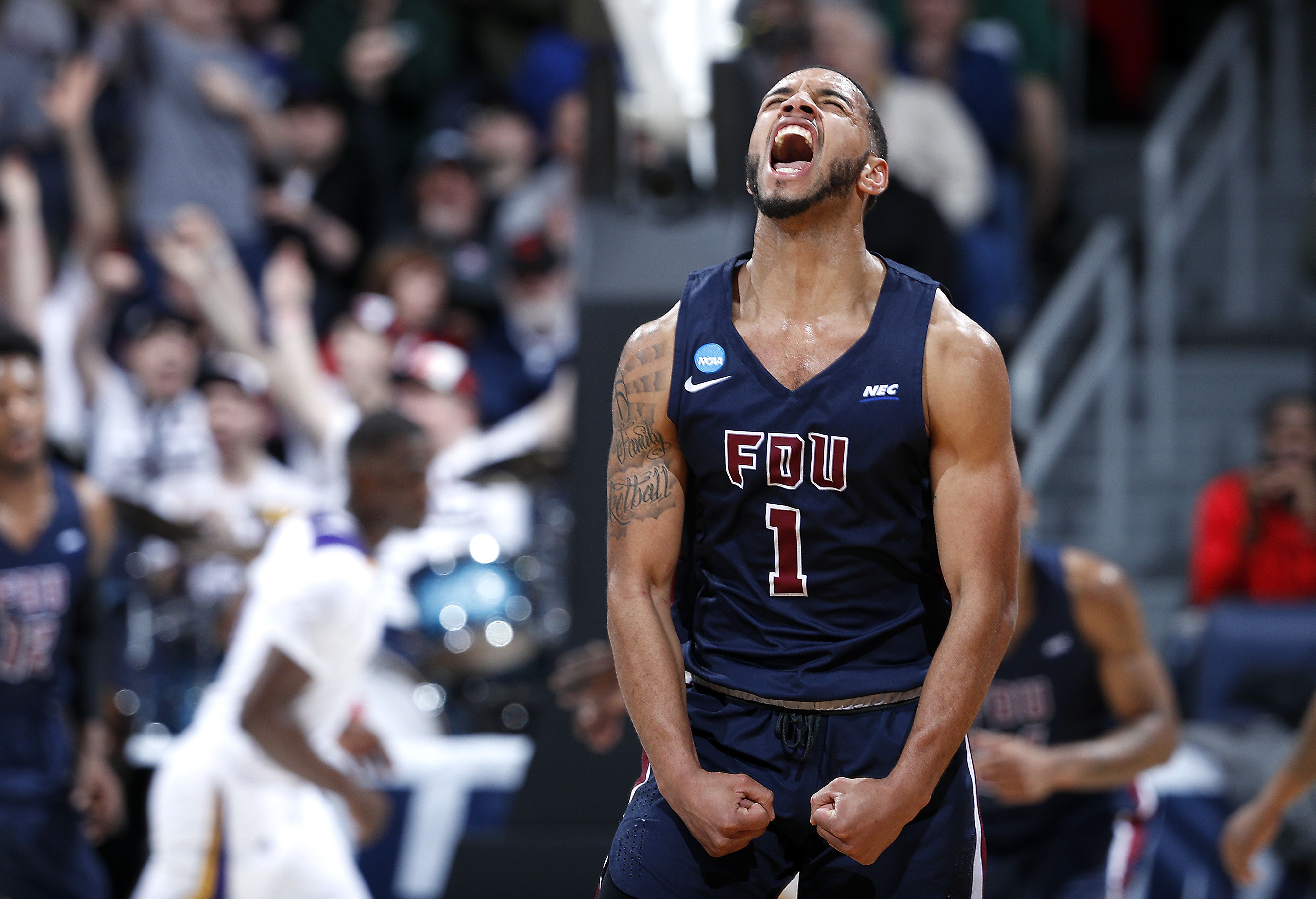 Above: Senior guard Darnell Edge scored a career-high 33 points and Jahlil Jenkins had 20 of his 22 points in the second half as the Knights came back to beat Prairie View A&M 82-76, the school's first-ever tourney win. Up next: Gonzaga.

Below: Belmont is one of those mid-majors that I assumed had a couple big March upsets on its resumé, but it turns out last night's 81-70 win over Temple was the program's first tournament win (previously 0-7). Up next: Maryland. 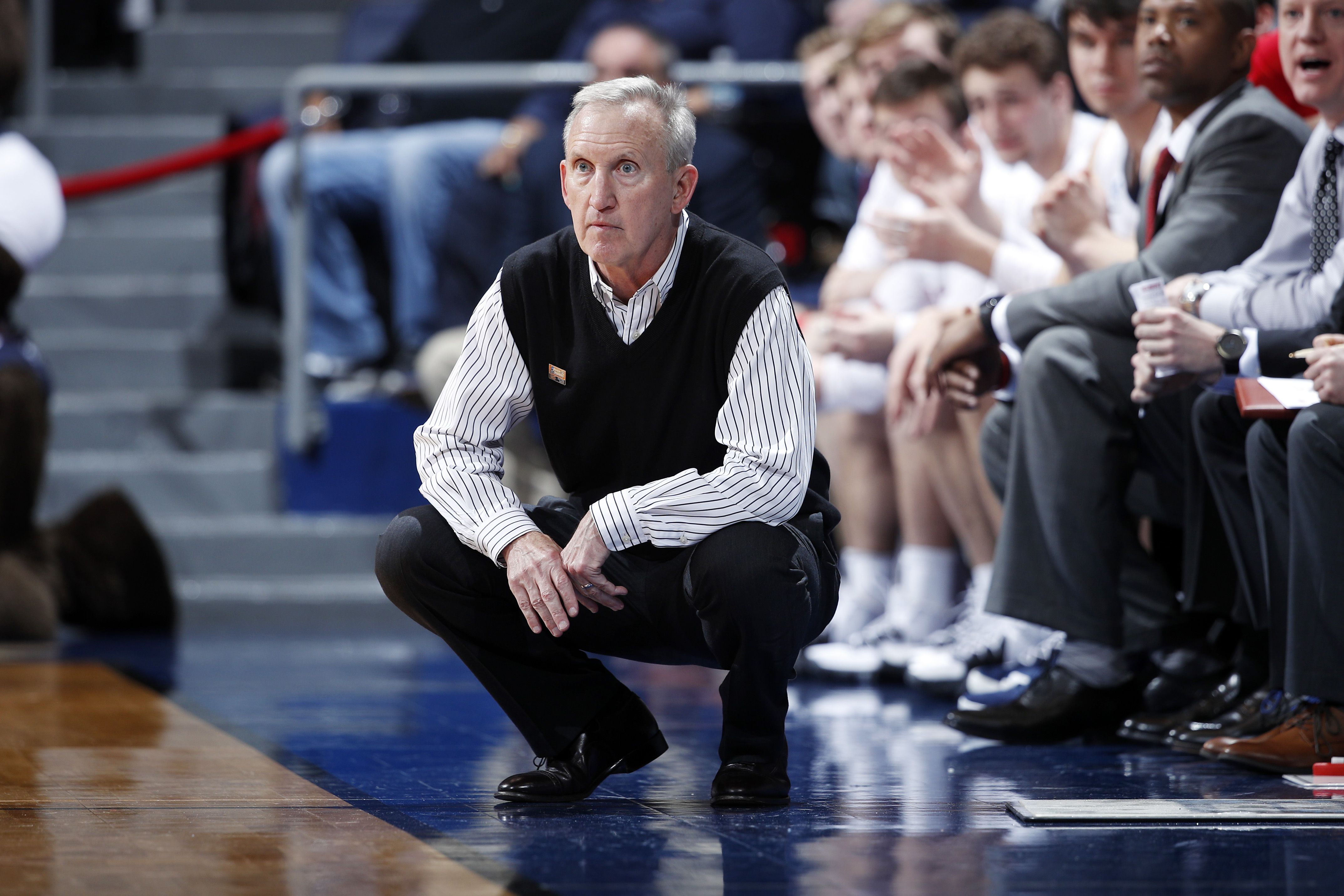 P.S. Pumped for Belmont's Rick Byrd, who is one of the most underrated coaches in the sport and a genuinely awesome human. Speaking of awesome humans: Last night was Temple coach Fran Dunphy's last game.

3. ⚾️ The MLB season started a few hours ago

From Mike: Opening Day isn't until March 29, but the Seattle Mariners and Oakland Athletics are currently playing a two-game set in Tokyo to open the 2019 season. The game is on ESPN right now. Seattle's up big.

Go deeper: The biggest difference between baseball in Japan and baseball in the U.S. isn't on the diamond — it's in the stands. The fans go nuts.

"It was awesome. They care about baseball. It's an exhibition game, 46,000 people here. That’s awesome. You don’t see that very often."

P.S. Japan's own Ichiro Suzuki is in the lineup for the Mariners at the age of 45. What an absolute legend. P.S. Great article on him.

1. Turnovers are at an all-time low: Entering the week, just 12.6% of possessions league-wide had ended in a turnover — the lowest mark in NBA history.

2. Offensive boards are at an all-time low: Entering the week, offenses were rebounding just 22.9% of misses — the lowest mark in NBA history.

"James Jeffs' uncle ran a polygamist cult, so his last name evokes memories of past evil. As his town's first sports star, he's hoping he can help bring his community into a more modern world."

"American Athletic Inc. is the official backstop supplier for the NBA, WNBA, NBA G-League and the men's and women's NCAA Tournaments. Every hoop you see during March Madness comes from one factory in a town of 4,150 people."

Which NBA teams have too many guys, not enough guys, or just the right amount of guys? (The Ringer)

"In the age of the superteam and high-frequency roster turnover, getting the balances right between stars and role players, veterans and fresh legs, and grit and skill is the key to making a Finals run."

30 years ago today, Major League Baseball announced that it was opening an investigation into Pete Rose for "serious allegations." The very next day, Sports Illustrated broke the news that Rose had ties to baseball betting.

Where they are now: Rose's latest attempt to be reinstated was denied by MLB commissioner Rob Manfred.

The vault: SI's coverage of the investigation

8. The Ocho: Russia's "Slapping Championship" is a thing that exists

Last weekend's Siberian Power Show in Krasnoyarsk, Russia hosted a "Sport slapping tournament for men," which is exactly what it sounds like: two guys take turns slapping each other in the face until one gives up or gets knocked out.

2. Who will cover the spread between the Celtics and Sixers (-3.5)?

3. Will Russell Westbrook record a triple-double against the Raptors?