1 big thing: The Super Bowl, which is usually good, was bad

If someone erased my memory, turned on last night's game and magically removed any mention of "Super Bowl LIII" from the broadcast, I would have thought I was watching a random Thursday Night Football game in October.

Last night was supposed to be an epic battle between offensive wunderkind Sean McVay and evil genius in a hoodie Bill Belichick. Instead, it was so boring it was borderline hard to watch. Via the NYT:

The big picture: At first, I was frustrated that such a highly-anticipated game had delivered such little excitement (at least for me, a neutral observer). But I'm a glass half full kind of guy, so here's my slightly more positive spin:

And yet: For much of the 21st century, we have somehow avoided this reality. To use the Patriots as an example, look at the final score of every Super Bowl they've played in:

Translation: New England has played in 9 of the 20 Super Bowls this century, and last night was the only game that was decided by more than 1 score. That's insane.

The bottom line: We've been spoiled and led to believe that the Super Bowl is a magical event guaranteed to produce epic moments and have us on the edge of our seats. But really, it's just a football game — and Tom Brady and Bill Belichick typically win such contests.

Julian Edelman (10 catches, 141 yards) won MVP. In a game where yards were hard to come by, it was his ability to consistently find holes in the defense and get open that kept every Patriots drives alive.

Van Pelt: "You go to the gym and you're playing against old guys who are just giving each other 'the look' and throwing backdoor passes … You figure you're gonna be on the court all day and then they keep beating you."

Hasselbeck: "I think there's a part of Edelman who still sees the game as a quarterback [he played QB at Kent State]. While he's running his routes, he's thinking, 'How's my quarterback looking at this coverage that I'm looking at as a wide receiver?'"

4. Photo of the night 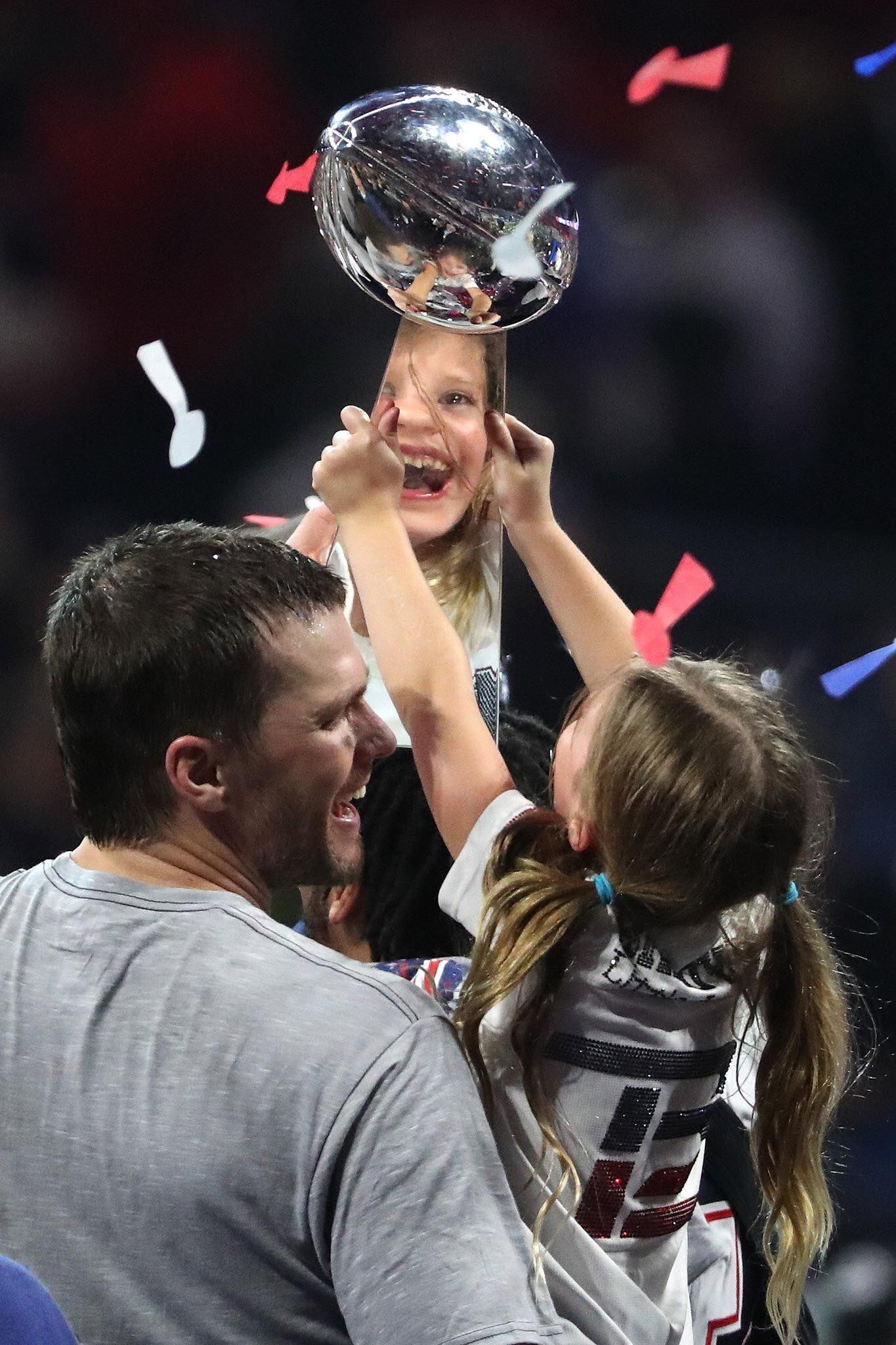 Over the weekend, my colleagues and I published a deep dive on the rapidly changing sports landscape. Here's an excerpt from Axios media reporter Sara Fischer:

Now that the Super Bowl has ended, the NFL will officially be able to exercise its option to exit from its current NFL Sunday Ticket deal with DirecTV, starting with the 2020 season.

Why it matters: That would open the floodgates for new and bigger bids, serving as a litmus test for how much Big Tech is willing to spend to meaningfully enter the sports streaming market.

The big picture: Years ago, the NFL turned down the highest bidder, Google-owned YouTube, which simply didn't have the same reach as traditional TV networks.

Tech companies have won several big-ticket rights to streaming platforms over the past few years.

Yes, but: These rights are still considered small ball. Most of the biggest games are up for renegotiation over the next few years.

Read the full deep dive here. And be sure to sign up for Mike Allen's Axios AM to receive all future deep dives.

You saw the Hennessy ad about him. Now read Marshall "Major" Taylor's story, via Outside Magazine:

Go deeper (worth it).

The old cliché is that Super Bowl ads are better than the actual game. That was certainly true last night — but only because the game was so incredibly boring. Overall, the commercials were also pretty meh.

Media: ESPN fired Adnan Virk (and escorted him out of the building) for leaking company information.

NFL: The Raiders are in talks to play their 2019 home games at Oracle Park, home of the San Francisco Giants. Ladies and gentlemen, I present: The Las Vegas Oakland Raiders of San Francisco.