The first three picks of the 2019 NBA Draft went how everyone expected: Zion to New Orleans, Ja to Memphis, R.J. to New York.

In the midst of the "Juiced Ball" era, Major League Baseball is on pace for a record number of home runs this season (1.36 per game), writes Axios' Andrew Witherspoon.

The bottom line: These two all-time highs cancel each other out, creating a bizarre reality in which the 2019 season — despite a historic number of dingers — is on pace to be just the 57th-highest scoring season since 1900.

P.S. … Are you a stats nerd? We partnered with Baseball Reference on this story, and they actually have their own newsletter called Stathead that focuses specifically on stats, scores and standings. Check it out.

The USWNT aced their first real test at this World Cup, defeating Sweden 2-0 to finish atop Group F and conclude the group stage with the most lopsided goal differential in history (+18).

What's next: The Americans will play Spain on Monday. The Spanish have a stingy defense (two goals allowed) but have struggled to score (three goals scored).

The Tampa Bay Rays have received permission from Major League Baseball to explore a two-city plan in which they would play the first half of the season in St. Petersburg and the second half in Montreal.

Be smart: Like self-driving vehicles and colonizing Mars, this international timeshare idea is certainly fun to think about. Sadly, there's almost no chance that it actually comes to fruition. 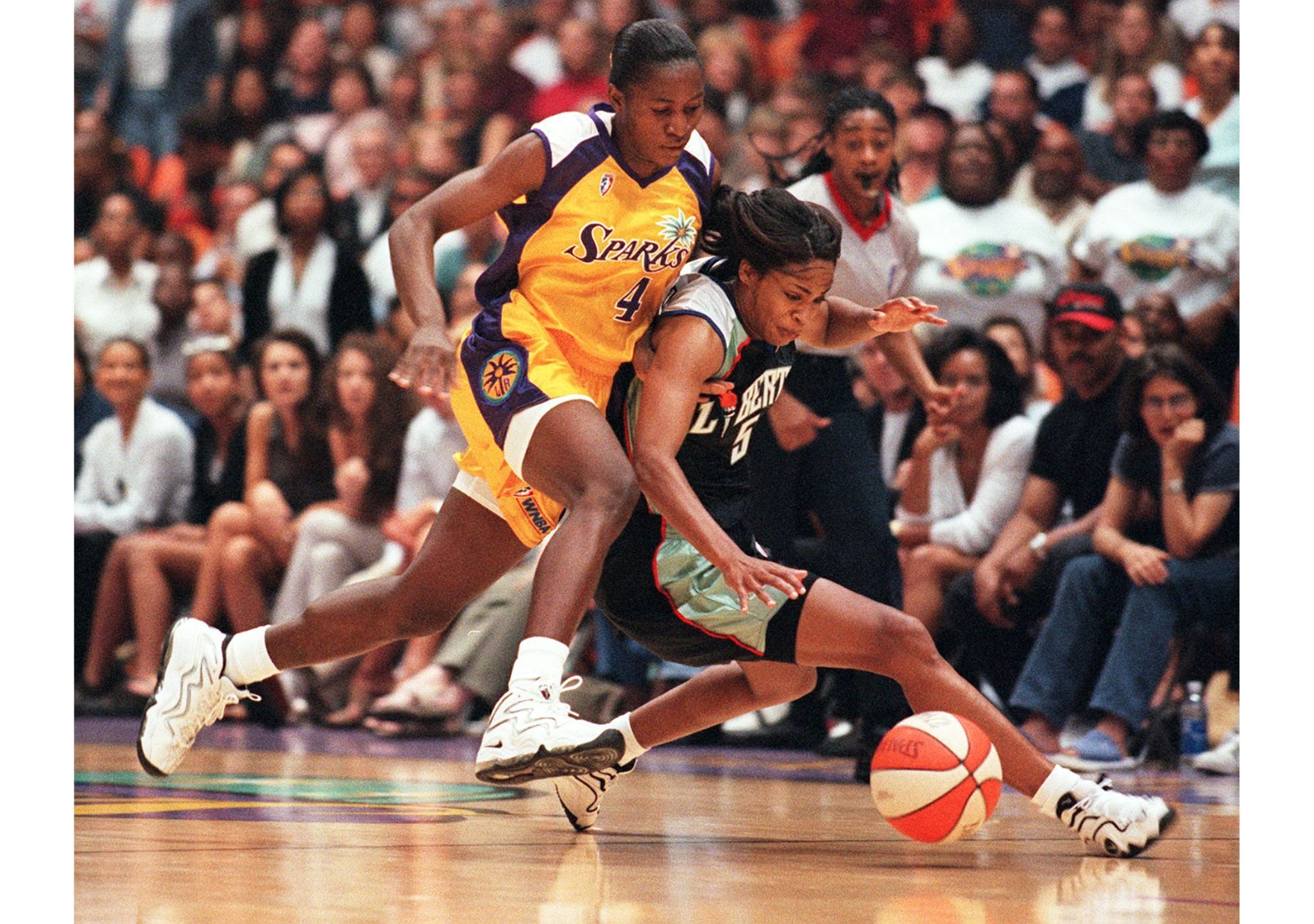 Go deeper: An oral history of the WNBA's beginning

The Dodgers won their 50th game on Wednesday (June 19), the second earliest date a team has ever reached 50 wins.

How it works: Fans vote online for their favorite driver, and 15 minutes before the start of each race, the top five vote-getters are announced.

The bottom line: "You're bestowing upon your favorite driver a video game power-up," says SB Nation's Ryan Simmons. "Basically, you get to say, 'Here's a Mario Kart [item] box. Enjoy.'"

🎾 When War Turned My Country Into Chaos, Tennis Gave Me a Home (NYT)

"There is a term in tennis to describe the part of the court between the service line and the baseline, where a player is most vulnerable: 'no man's land.' I have often felt like no land's woman. Yugoslavia was my home, but then it vanished."

"Compared to their NBA and MLB cohorts, NFL players have it rough. ... For one forgotten moment four decades ago, though, the union had the NFL on the ropes ... and blew it. With players once again readying for labor war, the lessons of that battle matter more than ever."

⚾️ Players Are Speaking Out About All-Star Snubs (The Athletic)

"There's been grousing for years about All-Star selections being a popularity contest, but perhaps never more than this season, as players haven't been shy about voicing their displeasure. ... You'd be hard-pressed to go into any clubhouse and not find guys frustrated for friends or teammates who are being overshadowed."

We're trying something new this week called "The People's Choice," where we pose a question and then you, the readers, decide the answer through a week-long head-to-head bracket.

This week's question: Who is the third-best college football coach in the country behind Nick Saban and Dabo Swinney?