👋 Good morning! As 58.4% of you predicted, Alabama QB Tua Tagovailoa declared for the 2020 NFL draft yesterday. And, as 100% of you probably heard, the Cowboys hired Mike McCarthy. Full analysis of that coming tomorrow.

👀 In today's edition: The business of sports stadiums; Men's and women's AP polls; NFL media rights; sign-stealing; ski jumping and much more. All in 1,644 words (~6 minutes).

Professional sports stadiums and arenas used to be built as standalone venues (think: in the middle of a parking lot). But in a push to expand beyond game day, teams are increasingly building them as anchors for larger real estate projects.

Why it matters: As the areas surrounding modern stadiums evolve from a handful of restaurants, bars and shops into entire "districts" with things like condos, hotels, offices, event spaces and fitness centers, sports teams have unlocked a new revenue stream: land.

The other side: Mixed-use projects promise to revitalize neighborhoods more than the standalone stadiums of the past, but there is little evidence to support that sports stadiums — of any kind — actually drive economic development.

What's next: Once in-stadium sportsbooks arrive (coming soon to D.C.'s Capital One Arena), teams will be further incentivized to develop the surrounding neighborhood as they cater to fans and bettors 365 days a year.

The bottom line: "What you're seeing is a more entrepreneurial use of ownership," said the late David Stern in 2018. "The franchise is a media company. It is a digital company. It holds a key to a demographic. And it's also an epicenter for real estate development."

The NFL averaged 16.5 million viewers per game during the regular season, up from 15.8 million last year — the league's second consecutive annual increase of 5%.

State of play: Most of the NFL's current media deals expire in 2022 or sooner, and experts predict that the deal prices will go up significantly in the next round of negotiations.

In the first AP poll of the decade, Gonzaga, Duke and Kansas remained on top for the second week in a row, while the rest of the top 25 swapped places like a game of musical chairs.

With three marquee matchups looming (Baylor, Tennessee, Oregon all this month), UConn cruised to two more conference wins to remain atop the women's AP poll to start off 2020.

The Houston Astros allegedly used technology to steal signs, and now MLB wants to use technology to rid sign-stealing from the Earth.

Driving the news: The commissioner's office is currently developing multiple prototype devices to encode pitcher-catcher communication, including a wearable random-number generator and lights in the mound, per Yahoo Sports.

Between the lines: The simplest solution would be earpieces that allow pitchers and catchers to communicate, but Yahoo notes that pitchers found them "distracting and uncomfortable" in initial minor-league testing last year. 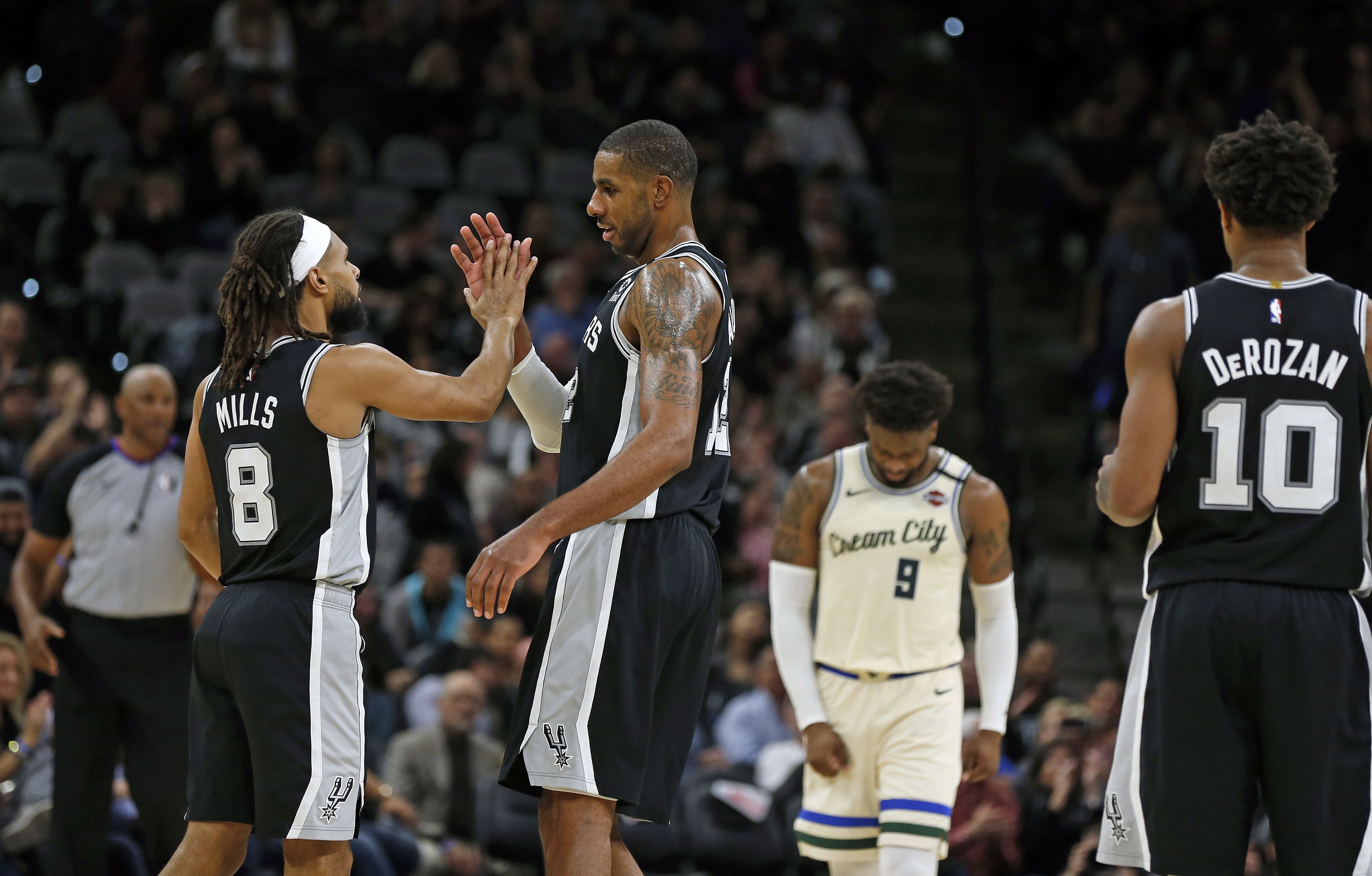 The last season in which a Western Conference team reached the playoffs with a losing record was 1996-97, when three sub-.500 teams made the postseason (Timberwolves, Suns and Clippers). The 15-20 Spurs currently hold the eighth spot in the West.

"The XFL's official rule book includes more than two dozen changes to the conventional approach of pro football, according to league officials who are rolling out the specifics this week." (ESPN)

Topgolf International has selected banks for its expected IPO, which could value the company at ~$4 billion, per Bloomberg. Its IPO could come as soon as this year. 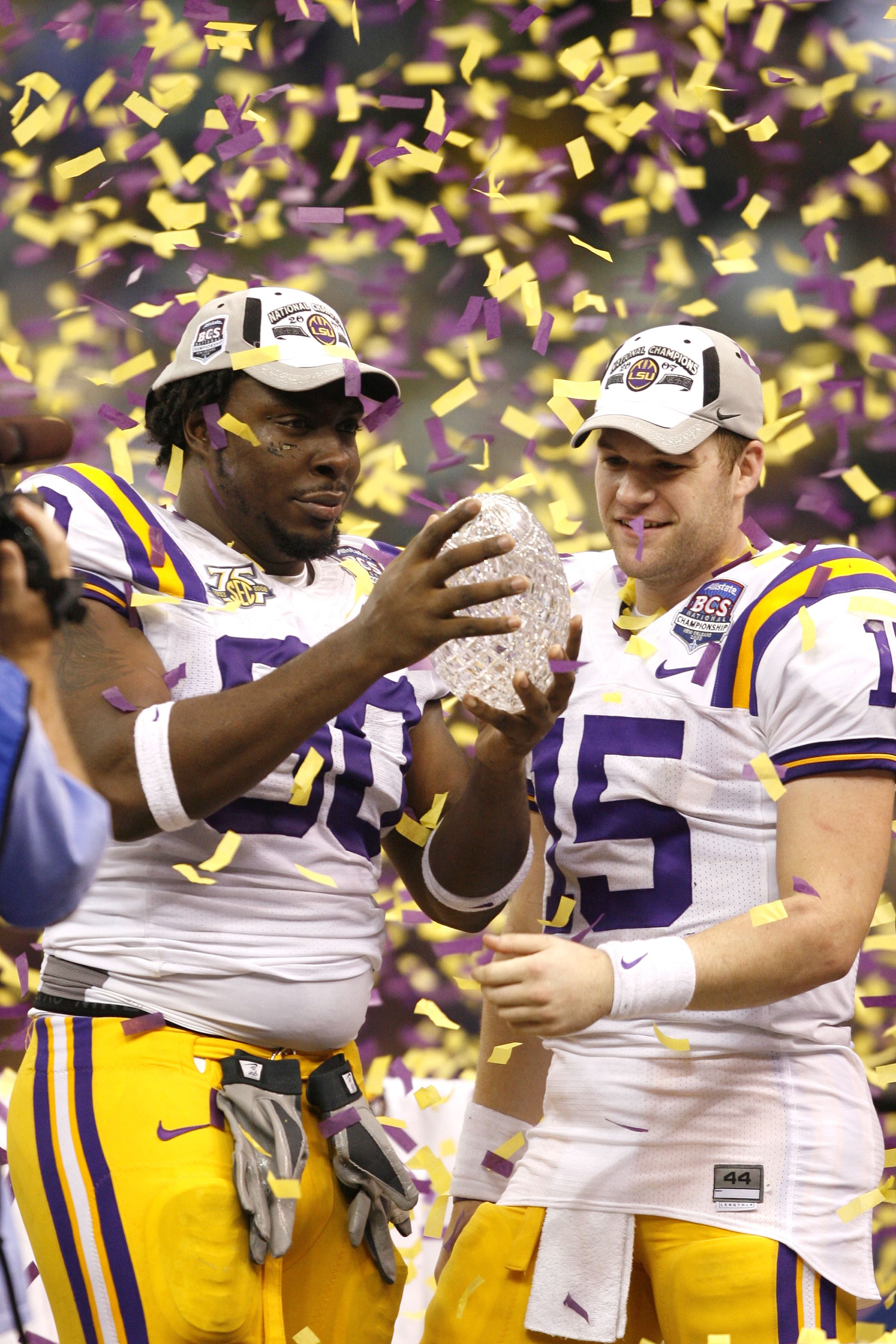 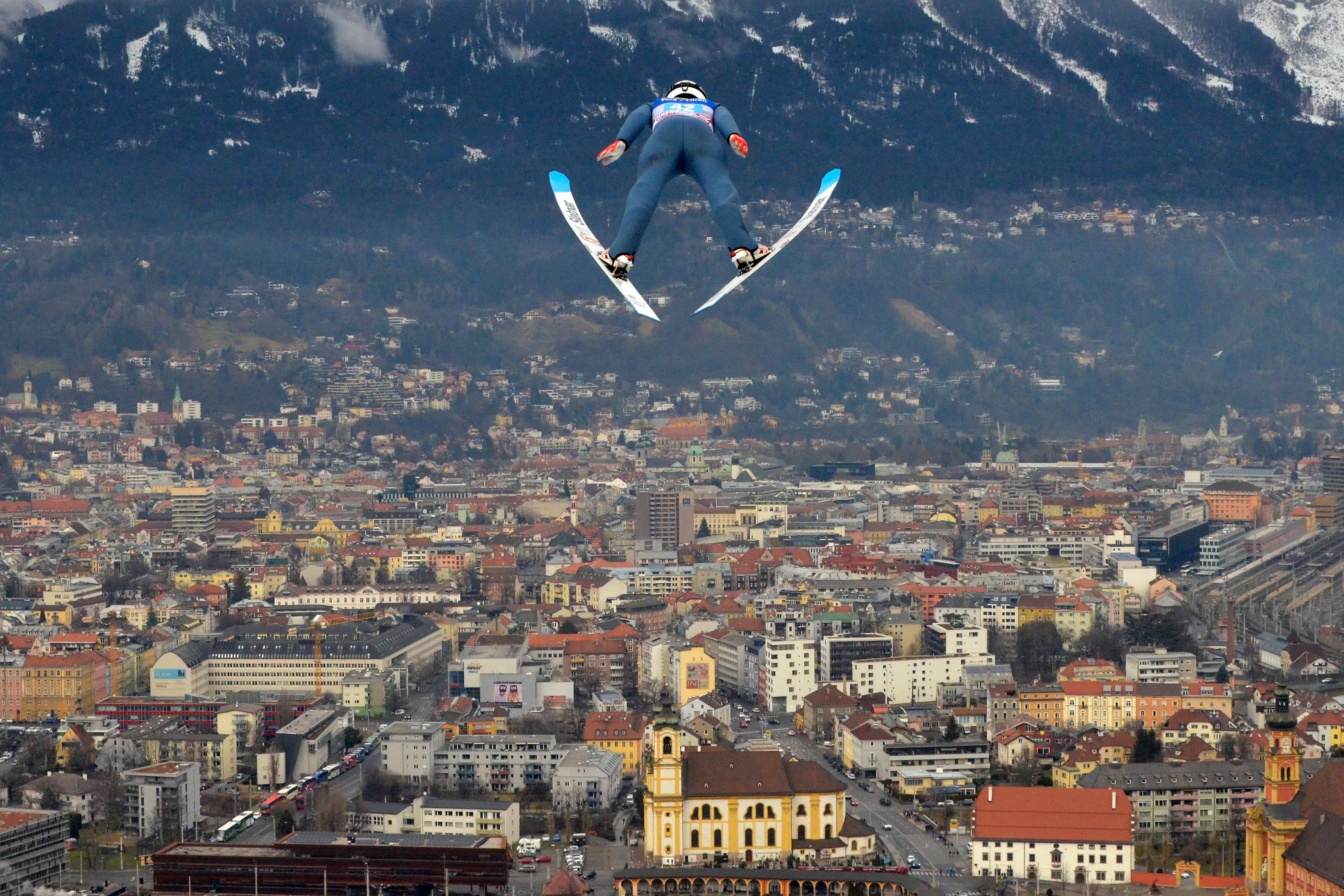 INNSBRUCK, AUSTRIA — Sondre Ringen of Norway competes during the Four Hills Tournament, a ski jumping event that takes place on four different hills in Germany and Austria over the span of a week. 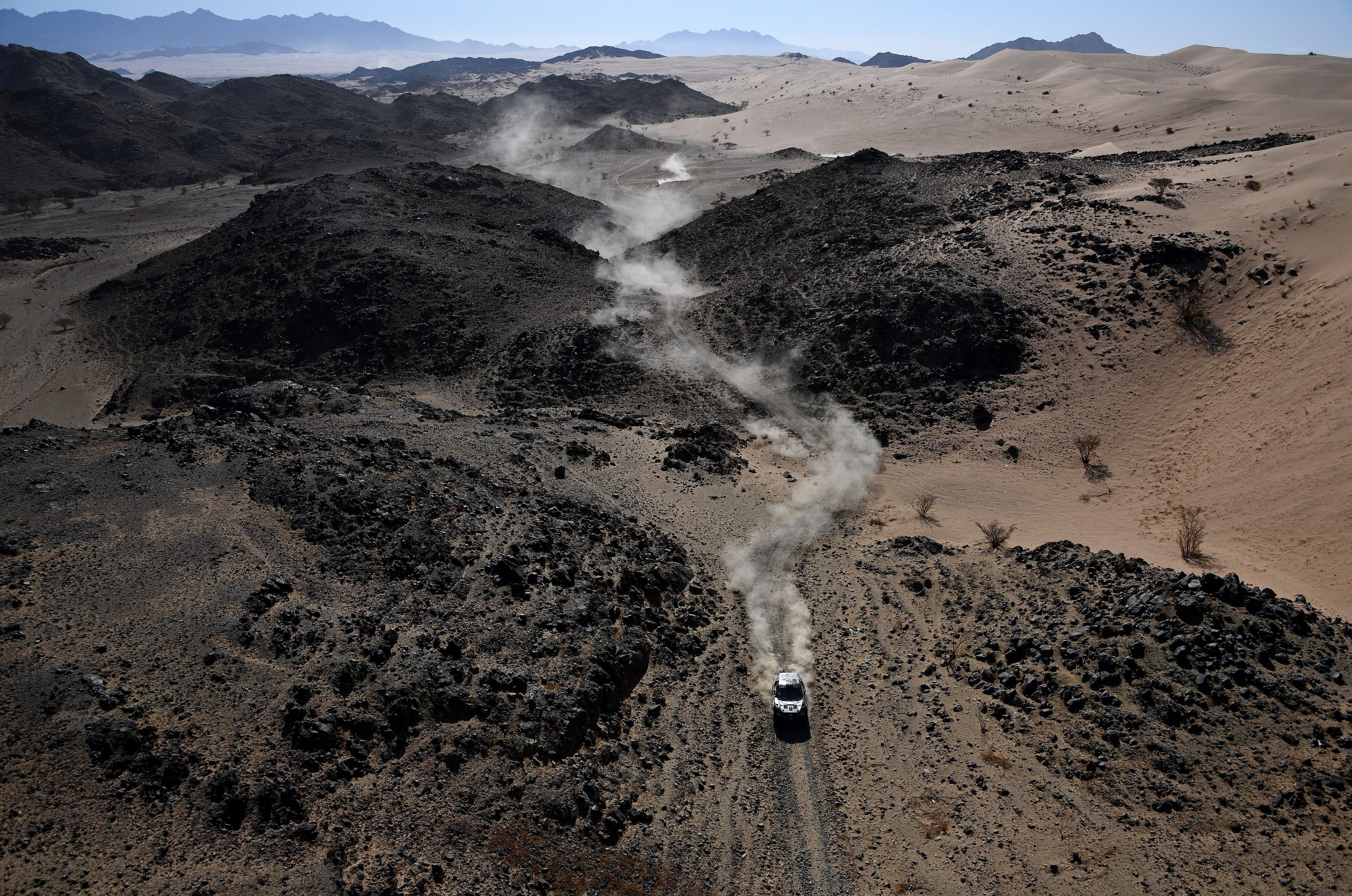 JEDDAH, SAUDI ARABIA — The Dakar Rally, one of the world's most famous off-road endurance races, is underway in Saudi Arabia. Red Bull has daily highlights. 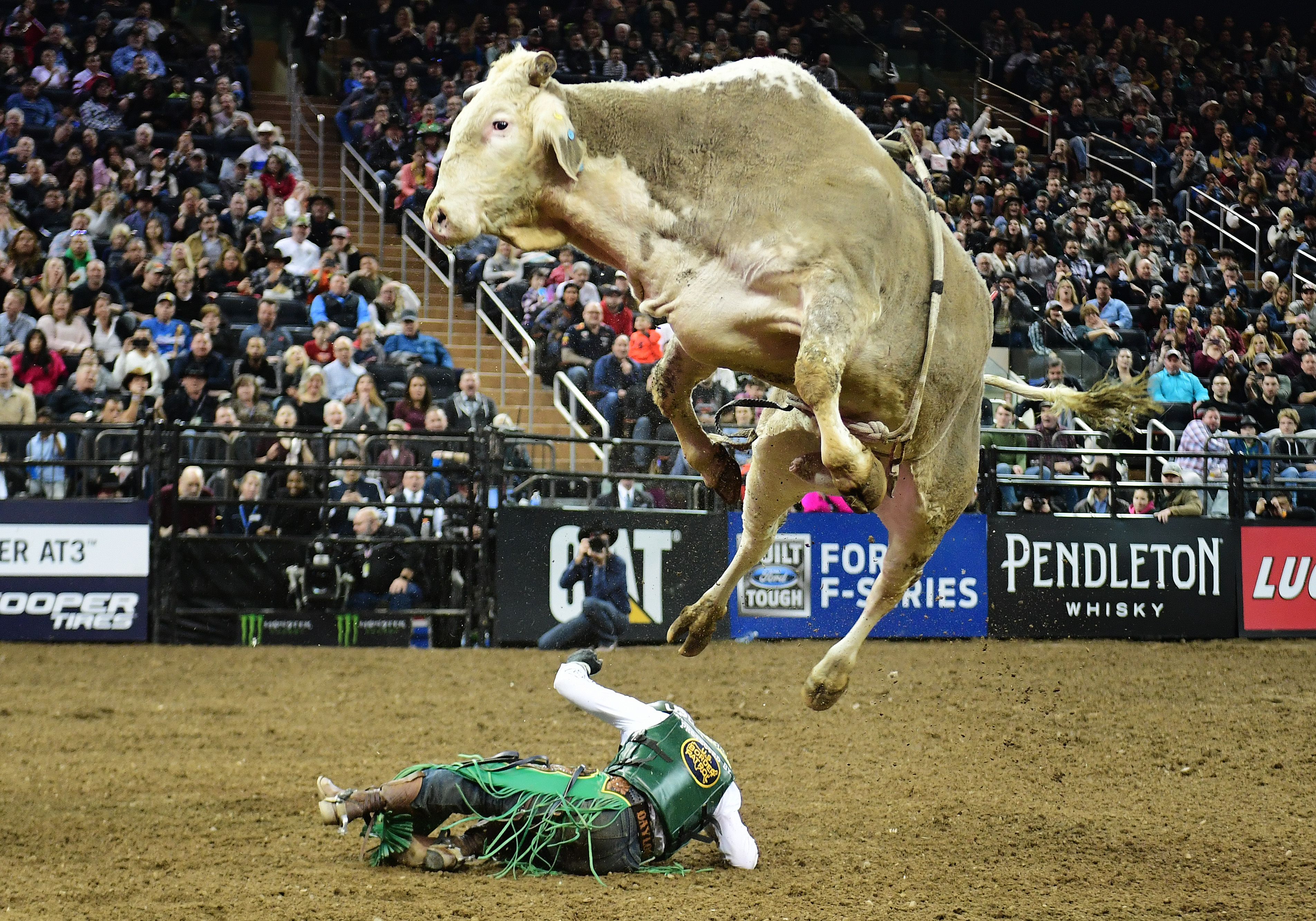 NEW YORK — Daylon Swearingen lays on the ground as his bull jumps over him during the PBR Unleash the Beast competition at Madison Square Garden this past weekend.

Two SEC QBs are expected to be first-round picks in the upcoming NFL draft (Joe Burrow and Tua Tagovailoa).

On "The Tonight Show" last night, Shaquille O'Neal said "hell yes" he and Kobe Bryant (in their primes) would beat LeBron James and Anthony Davis in a game of 2-on-2. Do you agree?

"I like having these conversations because of course they can never be answered. But yes. The answer is yes. Hell yes. Hell yes. Of course. ... I mean, because there's only one contributing factor: Who's gonna guard me?"

Kendall "These photos are incredible" Baker