Brazilian great Marta scored on a second-half penalty to secure a 1-0 victory over Italy and guarantee Brazil a spot in the knockout round.

Why it matters: This was Marta's 17th World Cup goal, making her the most prolific scorer in World Cup history (both men and women).

The big picture: Marta is a six-time FIFA World Player of the Year (now called Best FIFA Women's Player), winning four straight awards from 2006 to 2010, and then another one last year while starring for the Orlando Pride of the National Women's Soccer League (NWSL).

2. 🏟 How on-site sportsbooks could transform stadiums

In recent weeks, Illinois and New York have introduced bills that would allow in-person sports betting at sports stadiums and arenas.

Why it matters: Sports venues are among the most underutilized pieces of real estate on Earth. NBA teams play 41 home games per year, NFL teams play just eight, and when you go to those games, it's not like they let you hang out. Here you have this immaculate structure and they're ushering you out the door.

The bottom line: "Imagine Madison Square Garden — in the heart of midtown Manhattan and located atop the busiest railroad station in the Western Hemisphere — repurposed as the world's largest sportsbook," writes The Athletic's Daniel Wallach (subscription).

4. 🎓 Bellarmine graduates to Division I

Bellarmine University's move from Division II athletics to Division I has been in the works for years, but yesterday the jump became official.

The big picture: Bellarmine president Susan Donovan says the move is part of the university's "strategic plan" to increase enrollment and expand its geographic reach.

Yes, but: Moving to Division I doesn't come without risks. Just look at Savannah State, which will drop back down to D-II this season because of financial concerns. The school's football program, once a source of revenue and pride, turned into a laughing stock at the D-I level.

The bottom line: A whole new world awaits Bellarmine beginning in 2020 — a world full of recruiting battles, shiny new facilities and, if they're lucky, the kind of national exposure only Division I athletics can provide.

Rain postponed play at the College World Series yesterday, setting the stage for a triple-header in Omaha beginning this afternoon.

Rewind: With play suspended, I scoured the internet for alternative college baseball content and landed on a real winner: "The Utimate All-Star Lineups in NCAA Baseball History" by ESPN's David Schoenfield.

Three years ago today, the Warriors blew a 3-1 lead.

With Josh McCown announcing his retirement, the entire 2002 draft class is out of the NFL and only four players remain from the 2000-2003 drafts.

8. The Ocho: 💰 Checking in on the World Series of Poker The World Series of Poker is underway in Las Vegas, with the world championship $10,000 buy-in Main Event set to begin on July 3. 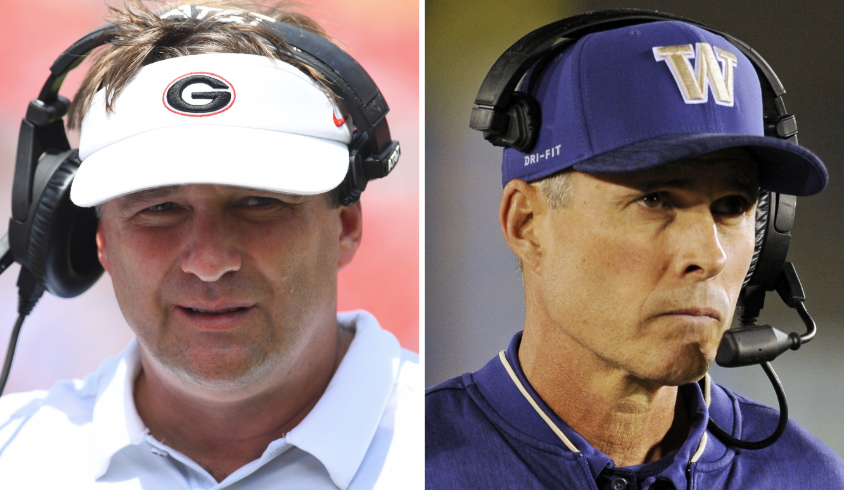 We're trying something new this week called "The People's Choice," where we pose a question and then you, the readers, decide the answer through a week-long head-to-head bracket.

This week's question: The two best college football coaches in the country are clearly Alabama's Nick Saban and Clemson's Dabo Swinney. Who is the third-best?

Click to vote: The winner will advance to tomorrow's championship.