Every so often, a sports story breaks into the mainstream, and sportswriters begin to salivate at the chance to write about a topic that's "bigger than sports." The NBA-China story is something else entirely.

Why it matters: For years, journalists and politicians have been trying to alert the U.S. public to the China threat. In the end, it may have been a since-deleted tweet from an NBA general manager that finally woke Americans up.

The latest: The Chinese government has canceled the Nets and Lakers fan events, and their 2 preseason games — scheduled for Thursday in Shanghai and Saturday in Schenzen — could be next, with fans calling for a boycott.

Go deeper: My colleagues have lots of great additional coverage.

A good team: For the 6th straight week, the Patriots sit atop the rankings, and that likely won't be changing anytime soon, as they'll face a banged up Giants team tomorrow night (no Saquon Barkley, no Sterling Shepard and maybe no Evan Engram).

A bad team: Meanwhile, at the bottom of the league, the Redskins — fresh off the firing of Jay Gruden — are imploding. ESPN's Scott Van Pelt, who grew up in the D.C. area, went off on owner Dan Snyder in a 4-minute rant:

"Rock bottom isn't a moment. It is a seemingly perpetual state. And I've been trying to find the parallel for the systemic collapse that has happened here and I just cannot."

ST. PETERSBURG, FLA. — In Game 1, the Rays got Verlander'd. In Game 4, Verlander got Rays'd. Tampa Bay chased Houston's ace early and won yet another elimination game to even the series and force Game 5. Final score: 4-1. UNCASVILLE, CONN. — The Sun used a balanced attack (every starter had at least 14 points) to beat a limited Elena Delle Donne and the Mystics, 90-86, and force a decisive Game 5 — the 4th time in 5 years that the WNBA Finals has gone the distance. 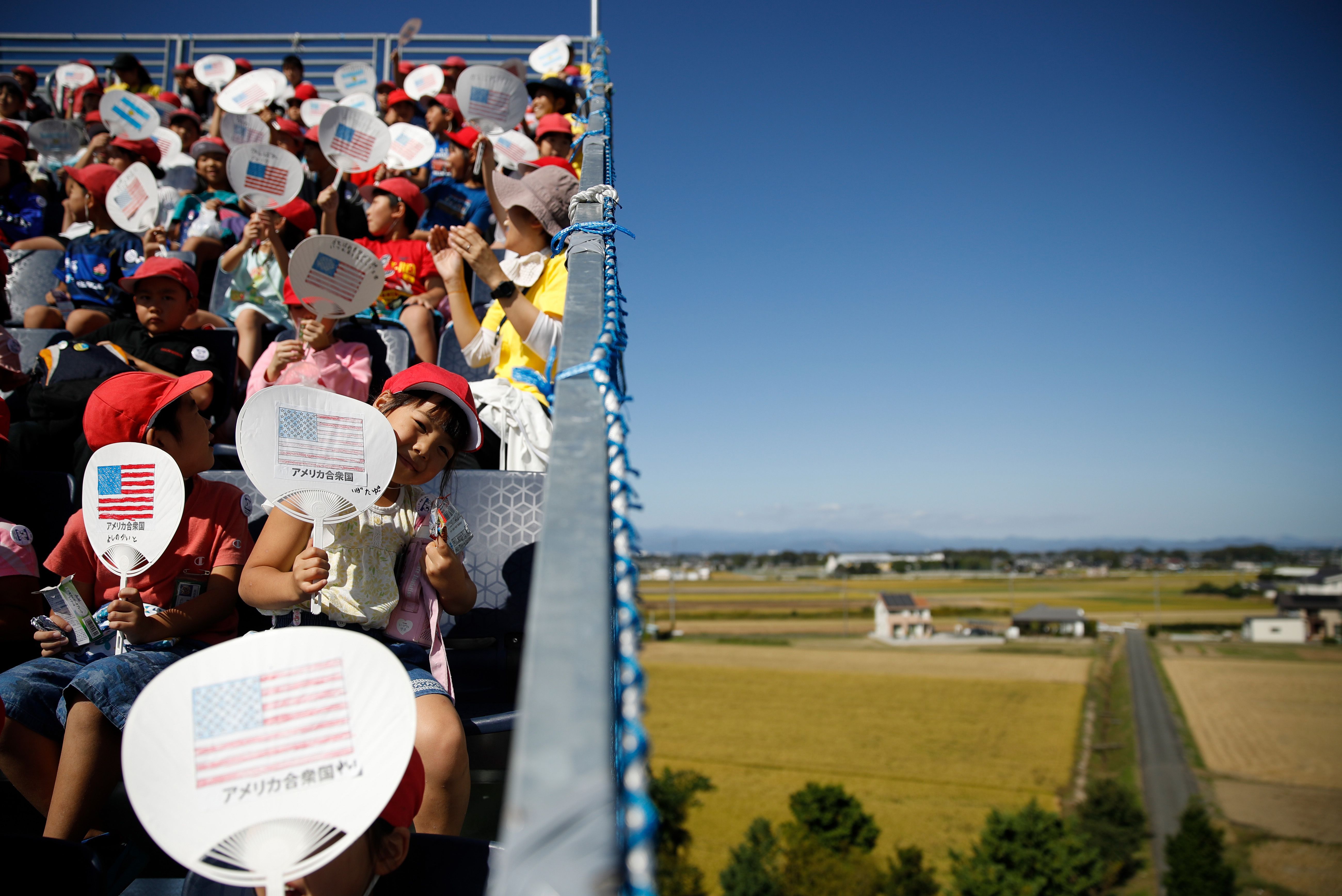 KUMAGAYA, JAPAN — American flags could be seen throughout the stadium during the Rugby World Cup Pool C match between the U.S. and Argentina that took place while you were sleeping (afternoon in Japan).

"I'm glad it was passed because it pushes the envelope, it pushes the issue. We've had our head in the sand a lot for college. We're not good game planners for the future. We're reactionary. We don't set the pace."

Why it matters: Coach K is the highest-profile college coach to support significant change on the name, image and likeness front. His Hall of Fame peers, UNC's Roy Williams and Syracuse's Jim Boeheim, were far more reserved.

By the numbers: Biles' 15th career gold medal brings her total medal count to 21, moving her past Russia's Svetlana Khorkina for the most by a woman and inching her closer to Vitaly Scherbo's record for both men and women (23).

The backdrop: "The U.S. women are here representing a federation on its fourth national team coordinator and fourth CEO in four years, as it continues to wrestle with its own handling of [Larry] Nassar," writes WSJ's Louise Radnofsky (subscription).

100 years ago today, the Cincinnati Reds defeated the Chicago White Sox, 5 games to 3 (best-of-nine series), in the 1919 World Series. But it was the losing team that made history.

Why it matters: 8 members of the White Sox were accused of intentionally losing games in exchange for money from gamblers in what became known as the "Black Sox" scandal.

Question: Kentucky has the most wins in men's college basketball history, followed by Kansas, North Carolina and Duke. Which school is ranked 5th?

8. The Ocho: 🎳 The fastest bowling strike ever A view of the famous Old Well on the University of North Carolina's campus. Photo: Lance King/Replay Photos via Getty Images

"At the heart of the 11,000-word paper … is the alarming possibility that decades of work on concussion research, data used by the NFL, NCAA schools, and even the Department of Defense, may now be invalid."

🏒 The worst sports franchise owner in North America is in Ottawa (Katie Baker, The Ringer)

"Move over, Dan Snyder and James Dolan — when it comes to pettiness, suspect accounting, shameless moxie, and team mismanagement, Ottawa Senators owner Eugene Melnyk might be the best franchise destroyer on the continent."

"Bastian Schweinsteiger was three different players. The German superstar, who announced his retirement from soccer on Tuesday, is leaving behind one of the most peculiar careers in recent soccer memory."