👀 In today's edition: The sign-stealing scandal has expanded; NFL coaching carousel update; the Capitals defenseman putting up historic numbers and much more. All in 1,739 words (6 minutes).

With MLB nearing a decision on the Astros front, the sign-stealing controversy has broadened, with anonymous team sources telling The Athletic (subscription) that the Red Sox "cheated" during their 2018 World Series championship season.

How it worked: Players allegedly visited the video replay room — a room near the dugout meant to help managers decide whether to challenge a call — to steal signs and relay them to the dugout. That information was then shared with a baserunner, who would use body movements to communicate with the batter.

What they're saying: "It's cheating," one person who was with the 2018 Red Sox told The Athletic. "Because if you're using a camera to zoom in on the crotch of the catcher, to break down the sign system, and then take that information and give it out to the runner, then he doesn't have to steal it."

The big picture: Baseball's steroids scandal was far uglier than this. There's just something about athletes sneakily sticking syringes in their butts that makes your jaw drop, while teams using illegal cameras and video feeds feels slightly less jarring and easier to swallow.

The bottom line: Both the 2017 and 2018 World Series champions may have cheated — a black eye for a league that already has some transparency concerns, and an infuriating development for the Yankees and Dodgers, who were eliminated from the playoffs by both teams (Dodgers in the World Series both times).

2. 🏈 NFL coaching carousel: And then there was one

The Cleveland Browns are the lone remaining NFL team with a head coaching vacancy following the recent hires of Joe Judge in New York, Matt Rhule in Carolina and Mike McCarthy in Dallas.

"The Giants hired the Pats' receivers coach the year Pats receivers went to hell," writes The Ringer's Danny Heifetz. "But there are reasons to think Joe Judge — who also led one of the league's best special teams units — could succeed in New York."

Rhule had become one of the hottest names in NFL head coaching circles after turning around programs at Temple and Baylor. He's finally been lured away from college football and will take over a franchise facing an uncertain future.

Instead of making a sexy hire (Lincoln Riley, Urban Meyer), the Cowboys made the sensible one, choosing the most experienced coach on the market. One thing's for certain: McCarthy won't get a decade-long leash like Jason Garrett did.

Capitals defenseman John Carlson is having one of the best offensive seasons for a defenseman in NHL history, notching two more assists in Washington's 6-1 win over Ottawa last night.

By the numbers: With 54 points (13 goals, 41 assists), Carlson not only leads the Capitals in scoring but ranks 10th in the entire NHL, one point behind Sabres center Jack Eichel (55 points) and two points ahead of Maple Leafs center Auston Matthews (52 points). 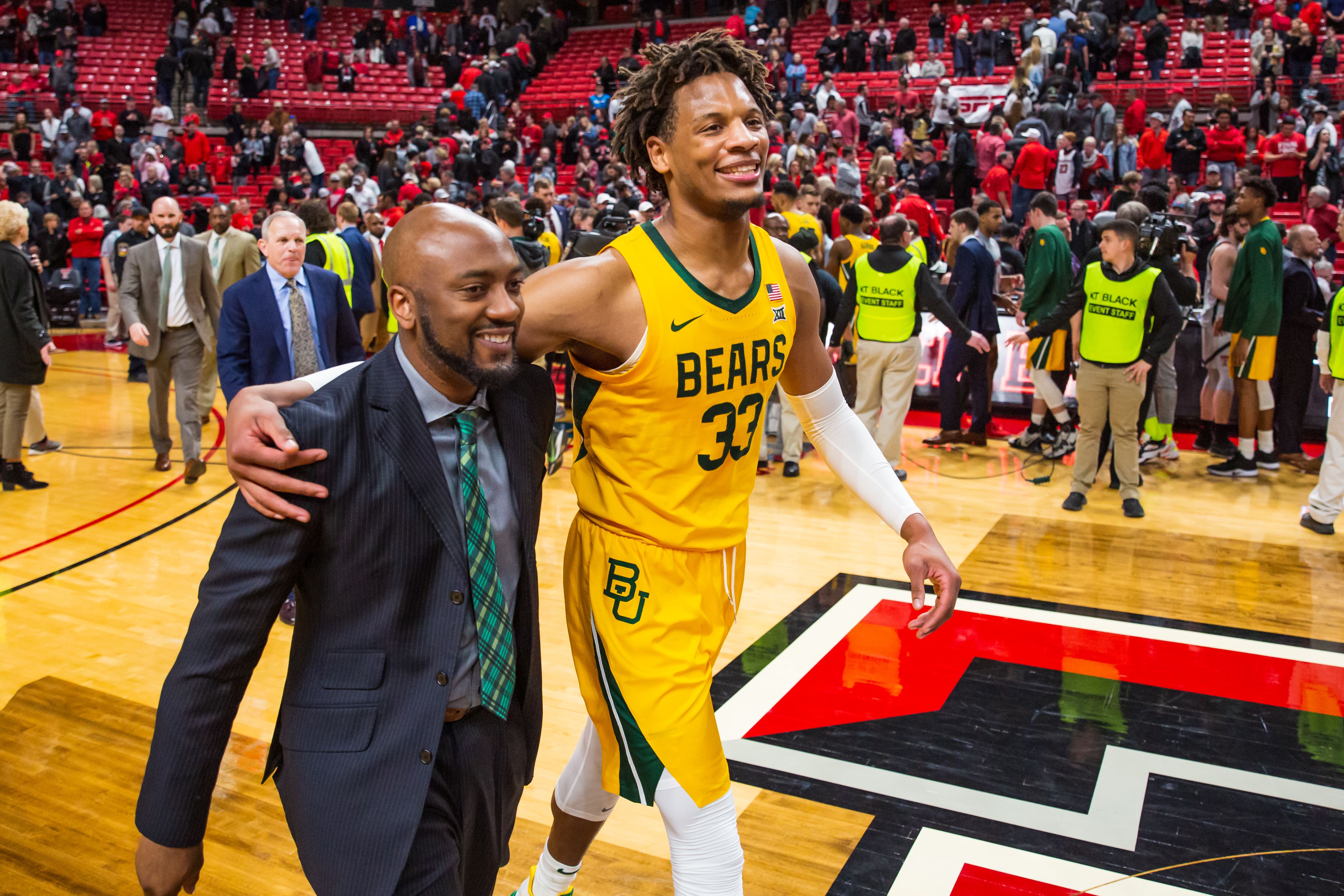 LUBBOCK, TEXAS — Freddie Gillespie (above) and No. 4 Baylor took down No. 22 Texas Tech, 57-52, giving the Bears their 11th straight win and snapping the Red Raiders' 15-game home winning streak. 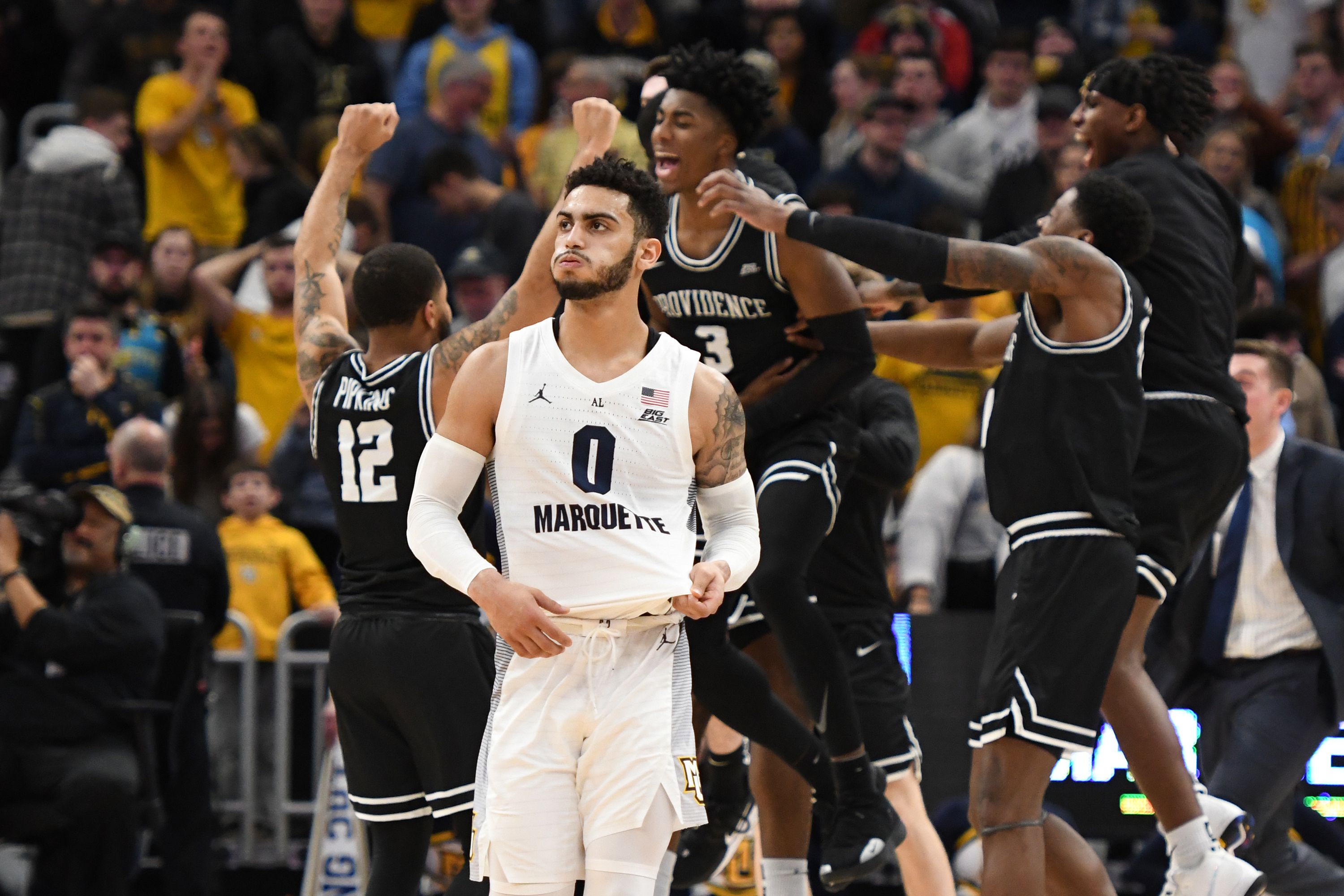 MILWAUKEE — A balanced Providence attack overcame 39 points from the nation's leading scorer, Marquette's Markus Howard, as the Friars edged past the Golden Eagles, 81-80 in overtime. The Big East is ridiculously deep this year.

Michael Bloomberg and President Trump's 2020 campaigns have both secured 60-second advertising spots during next month's Super Bowl at a likely cost of ~$10 million each, Politico reports.

Why it matters: "The dueling ads on the year's biggest night of television are evidence that the two New York billionaires are preparing for a schoolyard brawl on the national airwaves over the coming months," writes NYT's Nick Corasaniti.

By the numbers: Bloomberg has already spent $170 million on ads this election cycle, while the Republican National Committee last week announced that it raised $463 million in 2019 and has nearly $200 million cash on hand.

Worth noting: The Super Bowl is just one day before the Iowa caucuses. 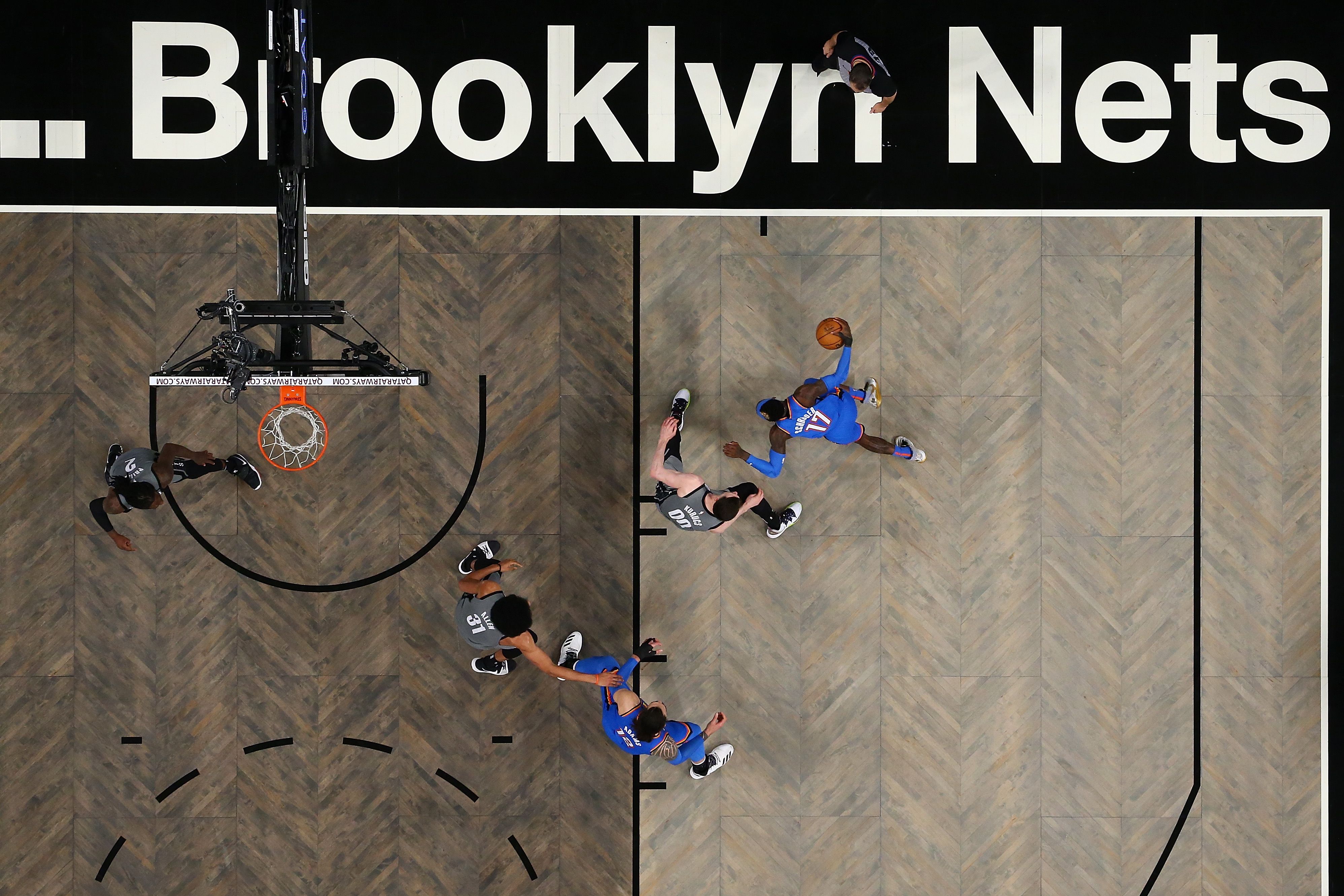 The Thunder trailed the Nets by three points after three quarters before coming back to win 111-103 in OT last night. They’re now 11-13 this season in games where they trailed entering the fourth. No other team has won six such games.

There have been 654 instances of an NFL player rushing for 1,000 yards in a season and 126 instances of a player throwing 30 TD passes. Lamar Jackson, who turned 23 yesterday, is the only player to achieve both in the same year.

MLB's controversial plan to contract the minor leagues faces increasingly strong headwinds as local communities — like Lowell, Mass., a city of 112,000 people and home to the Lowell Spinners — are beginning to unify efforts to save their teams. SI's Michael McCann has more.

20 years ago today, the Titans beat the Bills in the "Music City Miracle." 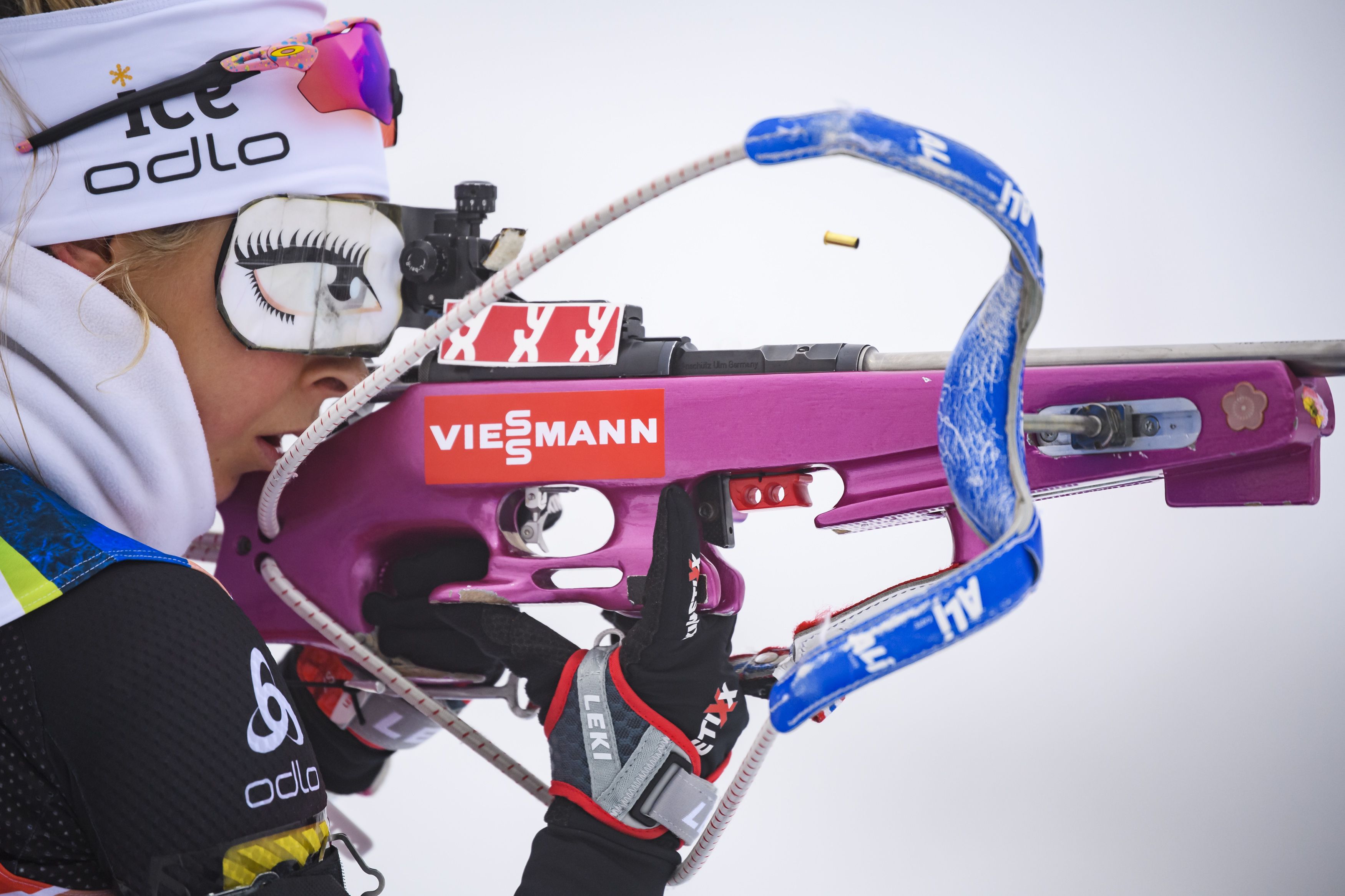 The Biathlon World Cup is currently underway in Oberhof, Germany. Pictured above: Ingrid Tandrevold of Norway during a training session yesterday morning. 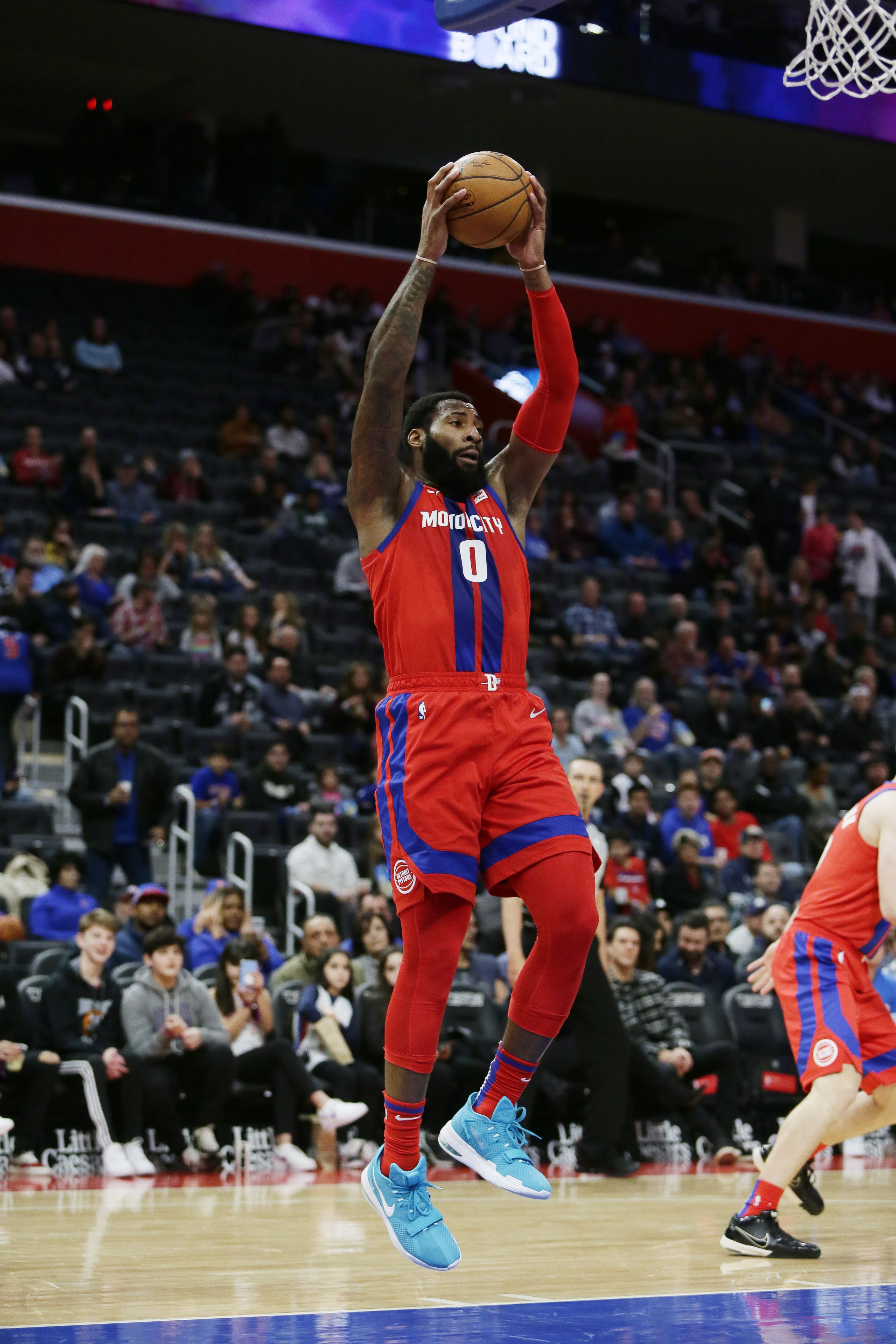 Andre Drummond is currently averaging 13+ rebounds per game for the seventh consecutive season (leads the NBA with 16.0 per game).

My apologies for the newsletter arriving late the past two days. Back to our regular 7:30am ET arrival time tomorrow.

Kendall "Can't think of a good nickname, so here's a good trailer" Baker