1 big thing: Golf has found a home in the desert

The European Tour returned from its winter break this week, with the Abu Dhabi HSBC Championship currently underway on this spectacular-looking course.

The big picture: Abu Dhabi is the first of 6 events that will take place in the Middle East this year — a whopping 12.5% of the European Tour's schedule (48 events total).

How we got here: 30 years ago, Dubai was "just starting to introduce itself as a tourist destination, and golf offered a natural fit with its winter sunshine and miles of undeveloped acreage," writes the New York Times' Jeff Shain.

🎥 Last night: James Harden scored 50+ points for the second straight game, but the Rockets fell to the Nets in OT thanks to Spencer Dinwiddie's heroics.

3. A new way for young pitchers to get noticed

Why it matters: Unless they're lighting up the radar gun, talented high school and amateur pitchers often slip through the cracks. Even the ones who do throw gas struggle getting eyeballs — especially when compared to, say, a teenage hooper whose dunk just went viral.

Between the lines: So far, FlatGround is delivering on what it promised, as 2 of the independent league pitchers Friedman showcased have already been signed — one by the Milwaukee Brewers and one by the Baltimore Orioles.

The big picture: Gone are the days of athletes mailing out their highlight tapes and hoping for a call back. Now, services like FlatGround are harnessing the power of social media to offer an eyeball guarantee.

👋 Bob Costas' 40-year career at NBC Sports is officially over as the two sides have agreed to "quietly" and "happily" break up.

📖 I've always been fascinated by the relationships between athletes/coaches and the local beat reporters who cover them, which is why I enjoyed the following article so much.

24 years ago today, the Los Angeles Rams formally announced their intention to relocate to St. Louis. The league's owners initially disapproved, but the threat of a $2.25 billion lawsuit changed their minds.

Fast forward: The Rams, who moved back to L.A. in 2016, play the Saints in the NFC Championship Game this Sunday. A win would send the franchise to the Super Bowl, which they last won in 1999 (remember this?).

6. The era of the ageless QB

"A generation of quarterbacks are performing at such a high level into their late 30s and, in some cases, early 40s, that they're challenging our notions about longevity and team-building," writes The Ringer's Kevin Clark.

What's happening: According to former NFL QB Matt Hasselbeck, who played for the Colts in 2015 at age 40, the league's new rules governing contact are a game-changer.

8. The Ocho: The race to end all races

The Dakar Rally is an annual 10-day, 3,000-mile off-road endurance event, which is being held exclusively in Peru this year after neighboring countries backed out.

The backdrop: First staged in 1978, the Dakar Rally originally took place between Paris, France and Dakar, Senegal — but due to security threats in Northwest Africa, the race was moved to South America in 2009.

9. More photos of the Dakar Rally because... just wow 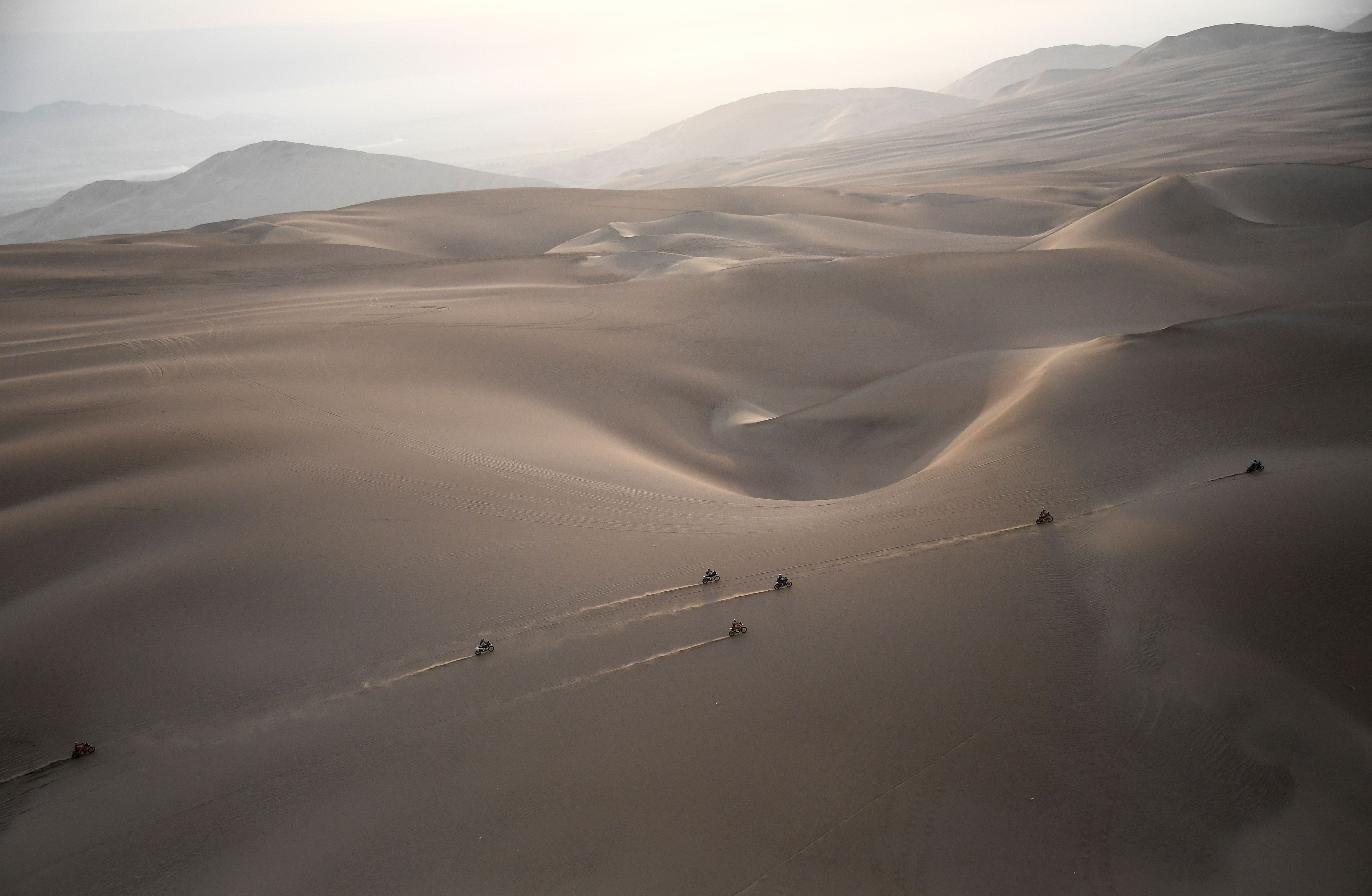 Did I mention there are spectators? Photo: Franck Fife/AFP/Getty Images

In time, we all turn into our parents.