This site uses cookies to enhance your reading experience. By using this site, you consent to our use of cookies.Okay
Axios Sneak Peek
By Mike Allen

Hope you had a great holy weekend, and that you were the April fooler, not the fool.

Situational awareness: President Trump tweeted today that that "there will not be a deal on legalizing the status on young adult immigrants known as Dreamers, declaring that the U.S.-Mexico border is becoming more dangerous." (Reuters)

At his confirmation hearing for Secretary of State, CIA Director Mike Pompeo will vow to rebuild Foggy Bottom — implicitly conceding shortcomings by his predecessor, Rex Tillerson.

In the other big spring fight that'll consume both ends of Pennsylvania Avenue, look for Democrats to aggressively challenge Deputy CIA Director Gina Haspel in her confirmation hearing to succeed Pompeo.

The big picture: Dems plan to use these hearings to uncork numerous frustrations with President Trump and his administration — including/especially questions about Russia, and objections to incoming national security adviser John Bolton, who isn’t subject to confirmation.

Donald Trump Jr. is ramping up his efforts for the midterms, a source tells me:

Two of the first stops on his dance card:

3. How Trump got crushed on the budget

Here's how badly President Trump was defeated in his goal of reining in federal spending, as narrated by Axios' David Nather:

Dems are watching President Trump's health care approval numbers increase among voters — just as many Americans are seeing bumps in their paychecks from the GOP tax law, Axios' Alexi McCammond reports for Sneak:

Hear new details from Alexi tomorrow at 5:55 a.m., during the Axios "1 Big Thing" on MSNBC's "First Look," leading in to "Morning Joe." 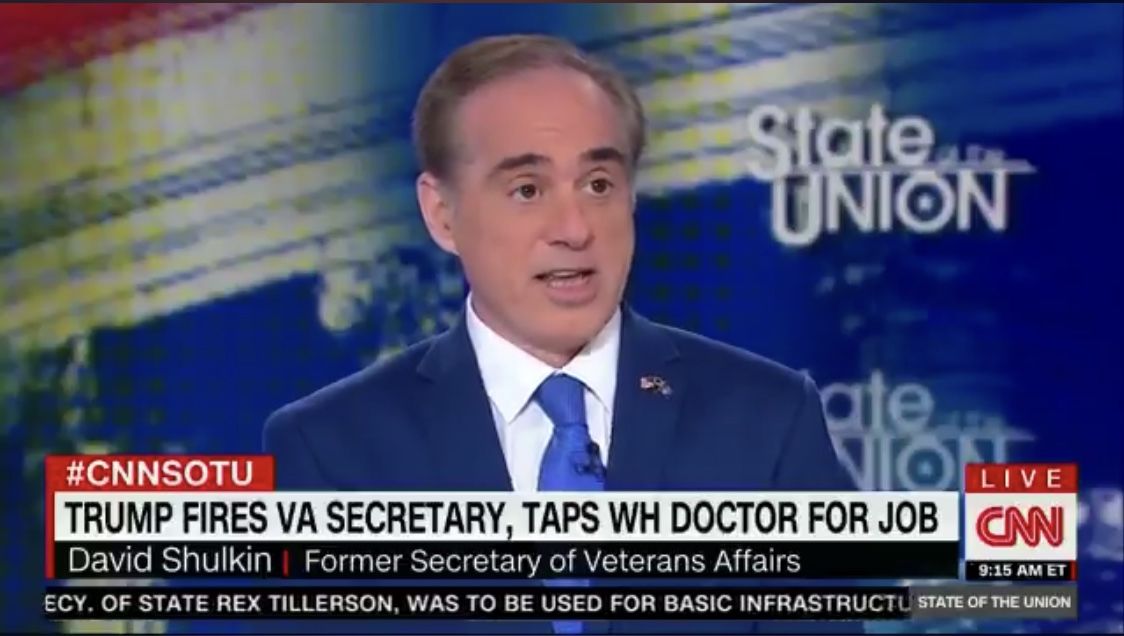 I did not resign.

— Former V.A. Secretary David Shulkin, when CNN's Jake Tapper asked on "State of the Union" if Shulkin had resigned or been fired

Go deeper: Axios' Erica Pandey has the best of this week's shows.

Tomorrow, Speaker Ryan will tout the tax cut during a visit to Southwest Airlines' HQ in Dallas. Ryan will answer Qs at an employee town hall, livestreaming here at 3:25 p.m. ET.

Also this week, Ryan plans a push on workforce development, the House GOP's next legislative focus:

When the First Lady's Office released the festivities list for the nearly 30,000 attendees expected at tomorrow's Easter Egg Roll, there was an addition to the usual lineup:

Here are the activity stations: