This site uses cookies to enhance your reading experience. By using this site, you consent to our use of cookies.Okay
Axios Science
By Andrew Freedman

Thanks for subscribing to Axios Science. Please consider telling your friends and colleagues to sign up.

As always, you can send your feedback to me via email ([email protected]), or just reply to this email. If there's anything you think we should be covering, let me know. 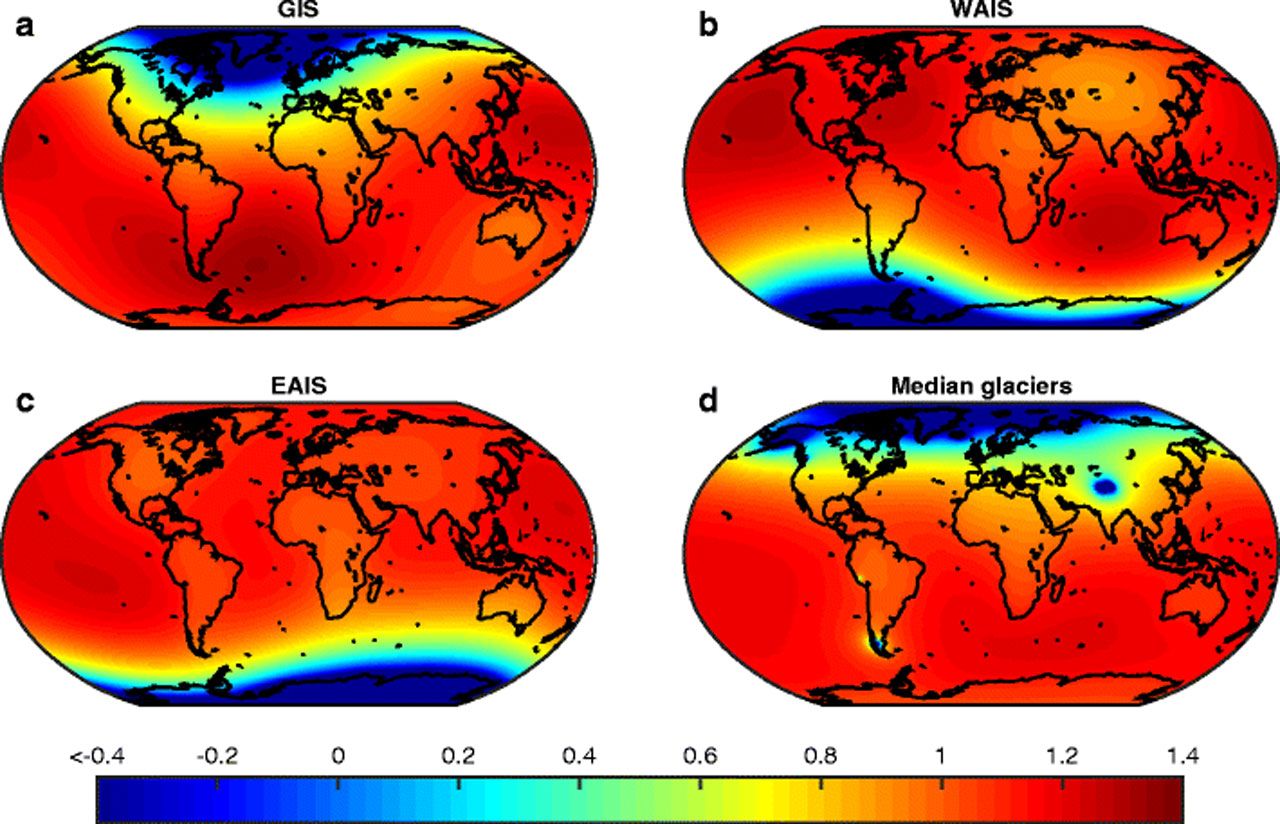 News of Antarctica's accelerating ice melt garnered worldwide headlines yesterday, as scientists revealed that 3 trillion tons of ice has been lost to the sea since 1992 — mostly from the thawing West Antarctic Ice Sheet and Antarctic Peninsula.

Why it matters: The location of the ice melt is important for determining the future of coastal communities, according to climate scientists. And, due to West Antarctica melting, it turns out that the U.S. coastline will be hit extra hard, paying a sea level rise tax of about 25%.

Background: The reason the location of the ice melt is important is due to peculiarities of the Earth's climate system that have long been understood in academia, but not well-known by the public.

The science: The reason for this 25% sea level rise tax centers on gravity. Rob DeConto, a climate scientist at the University of Massachusetts, said that as ice sheets melt, there's an elastic response from the Earth. "The Earth’s gravitational field changes because we’re redistributing mass around the planet,” he told Axios.

2. AI learns to predict what's around the corner

Alison Snyder writes ... A machine learning system from Google's DeepMind can collect snapshots of a 3D scene taken from different angles and then predict what that environment will look like from a viewpoint it hasn't seen before, according to research published today in Science.

The big picture: Researchers want to create AIs that can build models of the world from data they've seen and then use those models to function in new environments.

The context: Computer vision — spurred by the availability of data and increased computing power — has rapidly advanced in the past six years. Many of the underlying algorithms largely learn via supervision: an algorithm is given a large dataset that is labeled with information (for example, about the object in a scene) and uses it to predict an output.

Instead, researchers want to train machines to learn from unlabeled inputs that they process without any guidance from a human, and then to be able to apply or transfer what they learn to other new scenarios and tasks.

How it works: The system uses a pair of images of a virtual 3D scene taken from different angles to create a representation of the space. A separate “generation” network then predicts what the scene will look like from a different viewpoint it hasn’t seen before.

Yes, but: These are relatively simple virtual environments and "it remains unclear how close [the researchers'] approach could come to understanding complex, real-world environments," Zwicker writes.

Go deeper: Read the whole post on the Axios stream.

Eileen Drage O"Reilly reports ... A group of researchers confirmed via a study abstract what has been suggested by the Centers for Disease Control and Prevention — rapid influenza antigen tests (RIATs) are not trustworthy because their sensitivity is too low.

Why it matters: 50% of patients infected with influenza may have had prolonged illness if they were initially misdiagnosed as flu-free and didn't receive the proper treatment, according to the abstract presented Sunday at the ASM Microbe 2018 conference. Of note, abstracts are not yet peer-reviewed.

What the researchers did: The team retrospectively analyzed the results over a 10-year-period for 307 intensive care unit patients with laboratory-confirmed influenza and with RIATs.

What they found: "Decision-making based on RIAT is strongly discouraged and prompt empiric antiviral medication is justified in severe respiratory infection," the researchers say in the abstract.

What's next: The FDA recently reclassified rapid flu tests, so that new purchases must meet the minimum of more than 80% sensitivity.

"Newer antigen detection tests with automated readers are becoming more and more popular and they have better performance than traditional RIATs," says Montreal Children's Hospital's Jesse Pappenburg, who was not part of the study.

4. Axios stories worthy of your time

Uber AI: Uber is seeking to patent a machine-learning system that can predict when a user is acting "unusually," Kaveh Waddell reports. The patent could help keep intoxicated passengers safe.

Energy: A deep dive into Trump's move to support the coal and nuclear energy industries, from Amy Harder.

Mars rover in peril: A massive dust storm is sweeping across Mars, imperiling the Mars Opportunity rover. The 15-year-old rover has gone into emergency mode to conserve energy, and may not survive.

Epidemics: The next global plague is coming. Is America ready? Ed Yong explores this in The Atlantic's new issue.

Climate change: Tangier Island, Virginia, will be one of the first places lost to sea level rise, writes Carolyn Kormann in The New Yorker.

Moon rock lawsuit: A Tennessee woman is suing NASA to keep a vial of what she claims is moon dust given to her by astronaut Neil Armstrong. According to the Washington Post, the moon dust could be worth millions.

Scientists have captured the sounds made by the elusive and unusual East Greenland narwhal — whose long horn inspired various tales, including that of an evil stepmother who wove her long hair into a tusk, Eileen writes.

Much is unknown about these narwhals, who live "in a very pristine environment where little is known about the adaptations of the animals that thrive in these remote regions," study author Mads Peter Heide-Jørgensen tells Axios. He says he's been working on safely capturing the whales since 1993 and on improving recording methods since 2012.

After capturing six narwhals in Scoresby Sound, which is the world's largest and probably least-known fjord system, the team tagged them with special acoustic and GPS satellite instruments. They recorded 533 hours of audio, matching the sounds with their location and likely activity.

They noted three types of sounds: clicks, buzzes and calls. Calls, likely how they communicate, tend to happen closer to the surface at less than 100 meters (but often less than 7 meters). Clicks and buzzes, used as echolocation to find food, often occur between 350–650 meters below the surface.

The research team was surprised "[t]hat these whales are more specialized than we thought initially. They depend on very specific water depths in relatively small areas for feeding on a few prey species," says Mads Peter, who works for the Greenland Institute of Natural Resources.

The concern amongst many scientists is that two main climate change effects on the Arctic — warming sea temperatures and increased human and industrial activities from disappearing sea ice — could affect the small population of narwhals. These creatures rely on sound for communication, navigation and feeding.