Greetings from New Orleans, where I'm in town to moderate a discussion on the future of urban philanthropy (plus eat a lot of grilled oysters). Also, a reminder that we've got a live event in Chicago on Monday morning, including Mike Allen's interview of Mayor Rahm Emanuel. RSVP here. 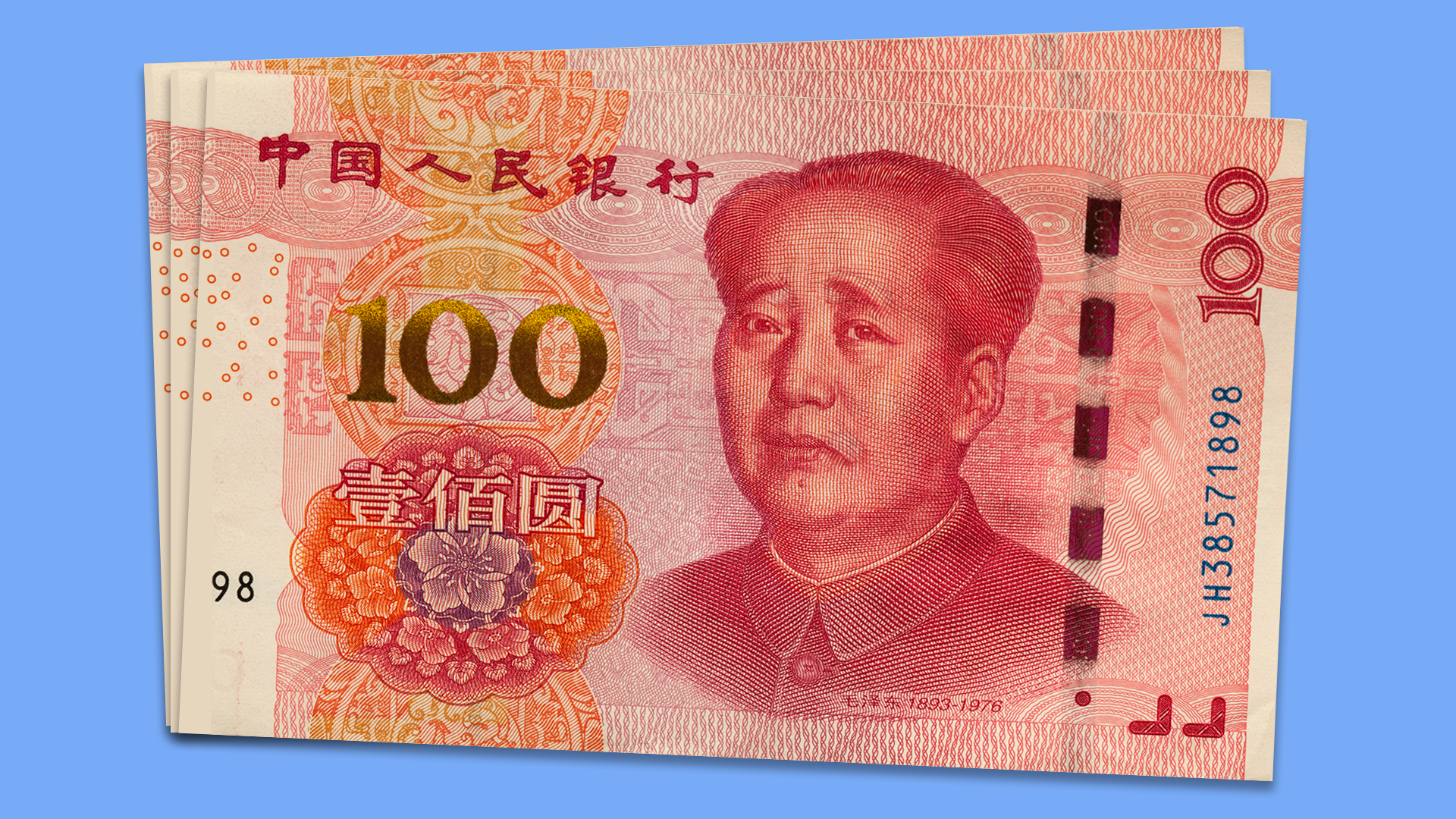 No, none of this is intended. But that's the thing about trade wars: They can come with a whole slew of unintended consequences.

At issue is the CFIUS fix bill being pushed by Sen. John Cornyn (R-TX), with bipartisan support in both chambers and from the White House. In its current incarnation, it could prevent U.S. investment funds from investing in sensitive U.S. tech companies (think semiconductors, cybersecurity, etc.), so long as those funds have Chinese limited partners.

Investment industry trade groups are working to gain support for carve-outs, arguing that most of these limited partners are passive. And that's gaining some traction in the House, but less in the Senate (so far). Treasury just seems to want a bill done, so it's fairly agnostic.

🛴 The *other* Travis: Kia digs into e-scooter company Bird, and how its CEO Travis VanderZanden is borrowing from Uber's early playbook.

• Dry powder mountain: The Blackstone Group yesterday said that it had $93 Billion of committed but un-invested capital at the end of Q1, the largest segment being private equity with $34.7 billion.

Pivotal Software, a cloud-native app development platform majority-owned by Dell Technologies, raised $555 million in its IPO. The company priced 37 million shares at $15 (middle of range), for a fully-diluted market cap of around $4.3 billion. It will trade on the NYSE under ticker PVTL, while Morgan Stanley was lead underwriter.

• Rare Bits, a marketplace for crypto-goods (yes, including cryptokitties), raised $6 million in funding. Spark Capital led, and was joined by First Round Capital, Craft Ventures and SV Angel. http://axios.link/kWYc

🍾 Codorniu, a Spanish maker of cava sparkling wine, has rejected a takeover offer from The Carlyle Group, but said it is open to a possible minority investment by either Carlyle or another outside party. http://axios.link/Yf8s

🚑 Fortis Healthcare, an Indian hospital group, has narrowed its takeover suitors down to Manipal Group (backed by TPG) and a joint bid from Hero Enterprises and Dabur India, per the Nikkei daily. Out of the running are Malaysia’s IHH Healthcare and China’s Fosun Intrernational. http://axios.link/R9zB

• Diamond Resorts, a timeshare company owned by Apollo Global Management, has filed confidentially for an IPO, per the WSJ. http://axios.link/jH29

• Vrio, an AT&T-owned provider of digital entertainment services in South America, indefinitely postponed an IPO that had been designed to raise upwards of $653 million. The only reason given was “current market conditions.” Vrio had planned to trade on the NYSE with Goldman Sachs as lead underwriter, and reports $48 million of net income on over $5.5 billion in revenue for 2017. http://axios.link/5HWn

🐟 Bain Capital, Lion Capital and HPS Investment Partners have hired Stamford Partners to find a buyer for Young’s Seafood, a British frozen foods manufacturer that could fetch 300 million, per The Telegraph. http://axios.link/0lrR

• Eventbrite has acquired Ticketea, a Spanish events discovery and ticketing platform that had raised over $5 million in VC funding from firms like Seeya Ventures. http://axios.link/BzM7

• Great Hill Partners is listening to takeover offers for Ascenty, a Brazilian data center operator that could fetch around $1 billion, per Bloomberg. http://axios.link/olzZ

• Transunion (NYSE: TRU) has agreed to acquire Callcredit, a British credit reference agency, from GTCR for £1 billion in cash. http://axios.link/cx7F

• Jana Partners disclosed a 9.1% stake in Pinnacle Foods (NYSE: PF), and said that it would seek talks on a variety of topics that would include a possible company sale. http://axios.link/1VfN

• Red Sea Ventures of New York is raising up to $50 million for its second fund, per an SEC filing. www.redseaventures.com

• Laura Coquis has stepped down as head of investor relations for BC Partners, per PE News. http://axios.link/lT14

• Jonathan Lavine of Bain Capital has been elected co-chair of Columbia University’s Board of trustees, effective in September. www.columbia.edu