Two quick Friday notes: First, be sure to RSVP at [email protected] if you'd like to attend our 2/26 event in NYC (begins at noon in Midtown), which will include interviews with Susan Lyne and Draymond Green. Second, I'm off next week, meaning that Kia Kokalitcheva will be running Pro Rata. Please follow her on Twitter (@imkialikethecar) and email news, tips, etc. to [email protected]. 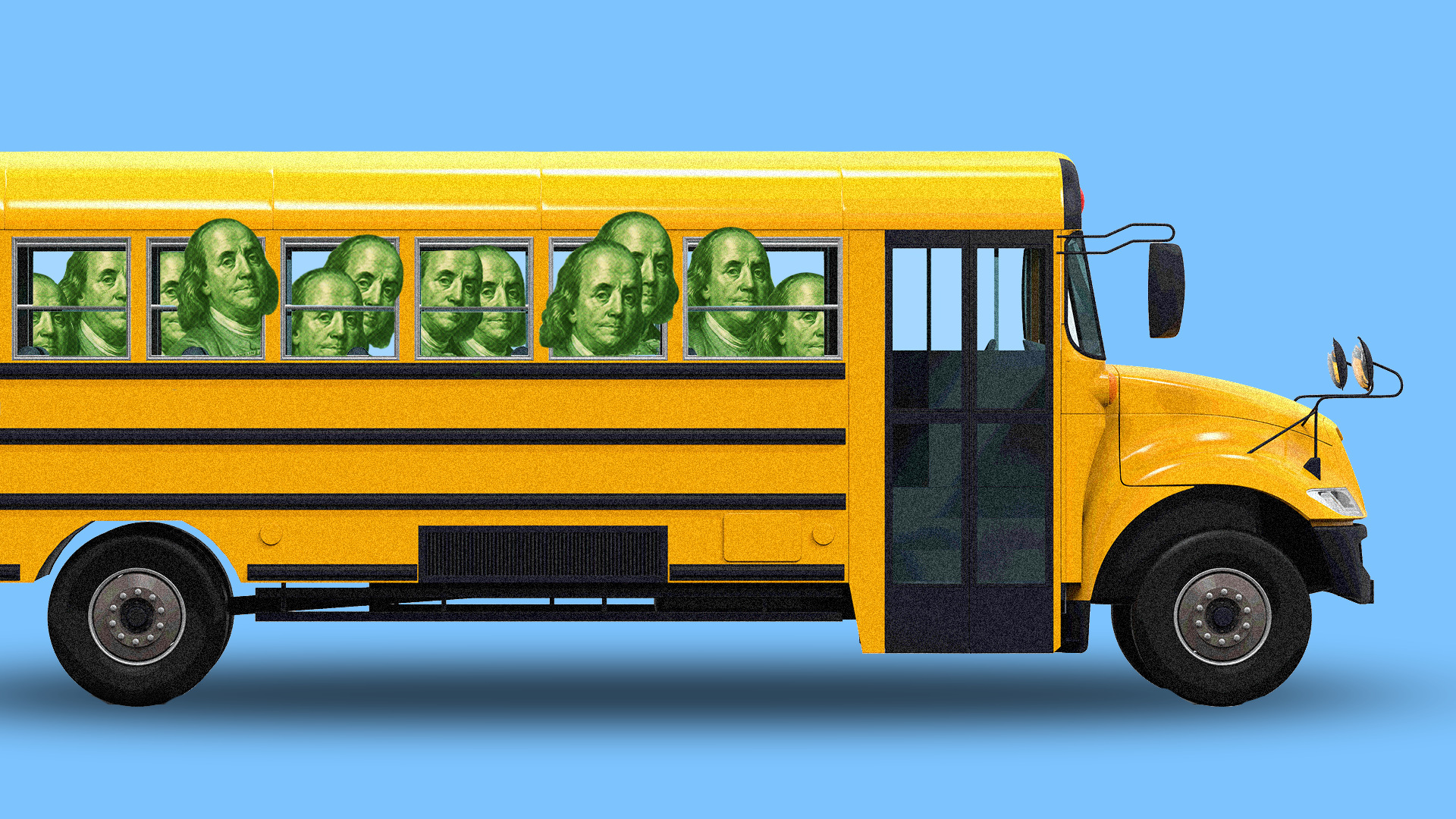 Blackstone Group CEO Steve Schwarzman this week donated $25 million to the public high school from which he graduated in 1965. It's believed to be the largest-ever gift of its kind, and Schwarzman hopes it will encourage other public schools to fundraise from their alumni.

• Chip chat: Qualcomm yesterday sent a letter to Broadcom, reiterating its opposition to the current takeover offer, but indicating a willingness to continue conversations.

• First mover: Ares Management yesterday announced that it is converting its corporate tax status from a partnership to a corporation, effective March 1. The Los Angeles-based investment firm's shares jumped 7.71% on the news, which also was tied to Q4 earnings and a new dividend policy.

Roche has agreed to acquire Flatiron Health, a New York-based cloud database platform for the oncology market. The deal values Flatiron just north of $2.1 billion, with the Swiss durgmaker paying $1.9 billion in cash for the 87.4% stake it doesn't already own.

• Harry's, the razor subscription rival to Dollar Shave Club, has raised $112 million in Series D funding. Alliance Consumer Growth and Temasek co-led, and were joined by Tao Capital Partners and insiders. As we reported in December, some proceeds will be used to invest in complementary categories. http://axios.link/UTP6

• CommonSense Robotics, an Israeli provider of AI and robotic fulfillment and delivery solutions to online grocery retailers, has raised $20 million in Series A funding. Playground Global led, and was joined by return backers Aleph VC and Innovation Endeavors. http://axios.link/IYWO

• LiveLike, a New York-based provider of VC streaming solutions for broadcasters, has raised $9.6 million in Series B funding co-led by Greycroft Partners and Lepe Partners. http://axios.link/7BEL

• Walmart (NYSE: WMT) is in talks to buy more than a 40% stake in Indian e-commerce "unicorn" Flipkart, according to Reuters. The negotiations had been previously reported, but not information on such a large stake. http://axios.link/RmaT

• Kraft Heinz CEO Bernardo Hees hinted at his company’s interest in acquisitions, saying yesterday during an investor presentation: “With our global presence and financial strength, I think that we’ll continue to generate opportunities for us to expand our portfolio.” http://axios.link/RBUY

• The SEC has blocked a proposed sale of a stake in the Chicago Stock Exchange to a group of Chinese investors. http://axios.link/IrJ3

• Tyson Foods (NYSE: TSN) said that it has formed a partnership with startup incubators Plug and Play (Silicon Valley) and 1871 (Chicago).

• Victor Echevarria has joined Jackson Square Ventures as a principal. He previously was founder and CEO of Remedy Labs and is the former biz dev head for TaskRabbit. www.jsv.com