The 9/11 first responders will no longer need to swarm Congress every 5 years to extend their benefits, and it's thanks largely to the much-publicized work of Jon Stewart and the lesser-known role of John Feal.

Why it matters: There are 95,320 members enrolled in the World Trade Center Health Program, which was set up to help those with medical conditions linked to the attacks.

The big picture: It's very hard to move Congress to do anything fast these days. The success of Stewart, Feal and others wasn't just a feel good example of going viral for the right reasons — it conveyed a smart strategy to get the right message to the right people.

Fox told Axios in a statement: "Fox News is pleased to have played a small part in amplifying the voices of the 9/11 heroes. We all owe those first responders an incalculable and unpayable debt, and we are grateful Washington has acted in a bipartisan way to alleviate some of their pain, by permanently authorizing the Victim Compensation Fund." 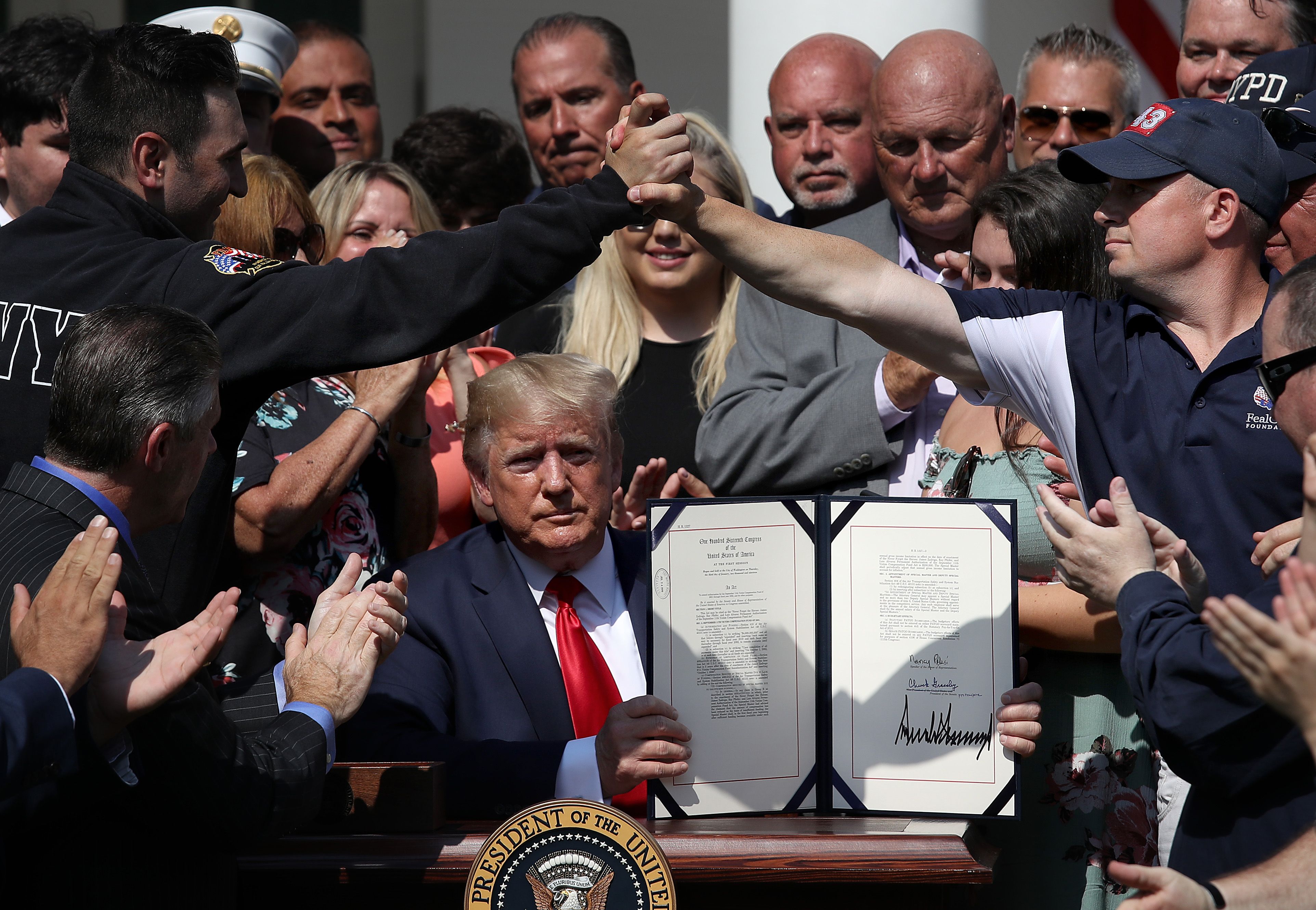 Coming Sept. 7: A "Friends" pop up in NYC celebrating the show's 25th anniversary, per The Hollywood Reporter.