⚽ Breaking ... Back-to-back World Cup winner Jill Ellis will step down as the head coach of the U.S. women's national soccer team in October.

Bernie Sanders made waves ahead of his time in the debate spotlight tonight with a conversation on "canceling student debt, climate change and raising the minimum wage" with rapper Cardi B for an upcoming campaign video.

The big picture ... Their meeting bucks a trend throughout the 2020 Democratic campaign: Celebrities have largely stayed away from wading into the race. The WashPost asked earlier this month: "Are you there, Oprah?"

That hasn't stopped some celebrities from endorsing with their wallets. The second quarter saw some big names open their checkbooks for their preferred candidates, reports CNN:

Go deeper: What to watch tonight ... Axios' Alexi McCammond writes in her debate preview that Beto is trying for a campaign reset. 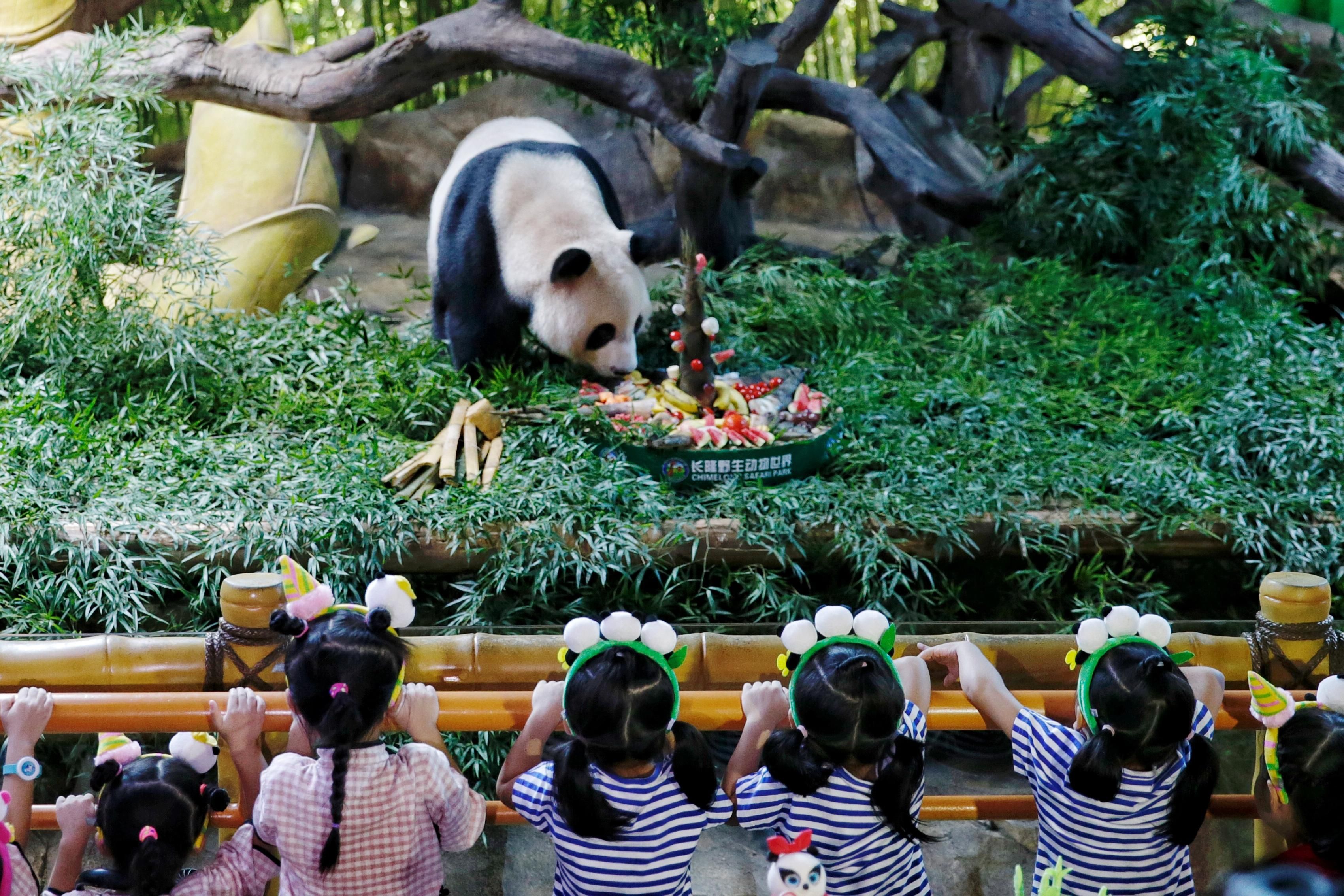 One of the world's only surviving giant panda triplets enjoys a birthday cake during a birthday party at the Chimelong Safari Park in Guangzhou, China.

The parent company of Holiday Inn and InterContinental Hotels announced that its nearly 843,000 guest rooms are switching to bulk-size bathroom amenities by 2021 as part of an effort to cut waste, writes the AP:

Why it matters: About 60% of the 8.3 billion metric tons of plastic produced throughout history has ended up as waste, with more than three-fourths of that going into landfills or the environment.

🌳 P.S. ... Ethiopia planted about 350 million trees yesterday to fight climate change and deforestation, per The Guardian.