1 big thing: Bankers are already preparing for a world without cash

There's an arms race underway for control of the world's money in the coming cashless society. While a future without hard currency notes may seem far away in the U.S. where more people write checks than use digital payments, globally, digital currencies are becoming the norm at a stunning pace.

Why it matters: "We might have to be prepared for a future with a lot more digital money, maybe with cash, maybe substituting for cash," Benoit Coeure, a member of the executive board of the European Central Bank, said last week during a presentation at the IMF-World Bank meetings.

The other side: The world's largest financial institutions are working to ensure they aren't displaced in the developed world.

The intrigue: While Jeremy Allaire, CEO of crypto finance company Circle, argues that in the cashless society no one will pay for the ability to pay, with commercial banks dominating both digital payments and debit and credit instruments, the banks would oversee the exchange of almost all money and could thereby control its cost.

Bonus: Negative rates are holding back the cashless society

Some nations have been slower to move away from cash than others. As the ECB's Benoit Coeure recently pointed out, in the eurozone the use of cash is actually increasing, even compared to bank cards (with the notable exception of Britain).

That may be the result of central banks' negative interest rate policy. The ECB and Bank of Japan both essentially charge interest rather than pay it for some deposits, which prods consumers and companies to hold cash instead.

Lyft has fallen spectacularly since its impressive first day of trading, and with most early investors' shares still in lock-up, it may be poised for more losses.

What's happening: The company has disappointed investors and has been seized upon by short sellers, who are making a killing. Short interest had risen to $944 million as of Friday, with 15.5 million shares shorted, totaling nearly 65% of the float, or the shares available for purchase, according to data from S3 Partners.

Yes, but: Lyft is hoping this is just a rough start and can point to the early trials of Facebook to reassure investors that all is not lost. Facebook's stock lost half its value before the end of its 90-day "lock-up" period — a holding time typically 90–180 days during which certain shareholders are barred from selling their stock.

What Lyft will be telling investors: The shares Thiel sold for around $400 million would be worth closer to $4 billion today with Facebook trading near $180 a share.

When Disney unveiled its streaming plans last week, most of the focus was on its new family-friendly streaming service Disney+, Axios' Sara Fischer writes. On Monday, we got a better glimpse into what Disney's long-term streaming plans may be. (Hint: It may not be about the total destruction of Netflix via Disney+.)

Driving the news: AT&T said Monday it's selling its minority stake of Hulu back into Hulu's streaming video joint venture, giving Disney a total of 66% ownership of Hulu and Comcast/NBCUniversal a 33% share.

Why it matters: It's looking like Disney's streaming plan is to build a stable of strong streaming services that it can bundle together at an efficient cost. So even if the Disney+ service isn't a Netflix killer, its services bundled together could look like a nice alternative to Netflix.

The CEO of Brazil's state-controlled oil company Petrobras says there was no government interference in the company's decision not to increase the price of diesel after he received a phone call from President Jair Bolsonaro.

About the call: Castello Branco, Petrobras' CEO, said Bolsonaro simply warned him during the call about the risks of a potential new truckers' strike if diesel prices rose, Reuters reports.

Background: Bloomberg had previously reported that Bolsonaro made the call to tell Branco not to make the price hike, and Petrobras' stock fell by 8% after the news. Investors are worried that Brazil's new president, who came to office promising to jail his political opponents and praising the country's previous military dictatorship, will take a more hands-on approach to business decisions in Latin America's largest economy.

The bottom line: Bolsonaro has routinely been referred to as a fascist by critics, and any indication that he's planning to put political interests over business interests at Petrobras is worrisome for Petrobras investors as well as just about any industry that does business with the government. 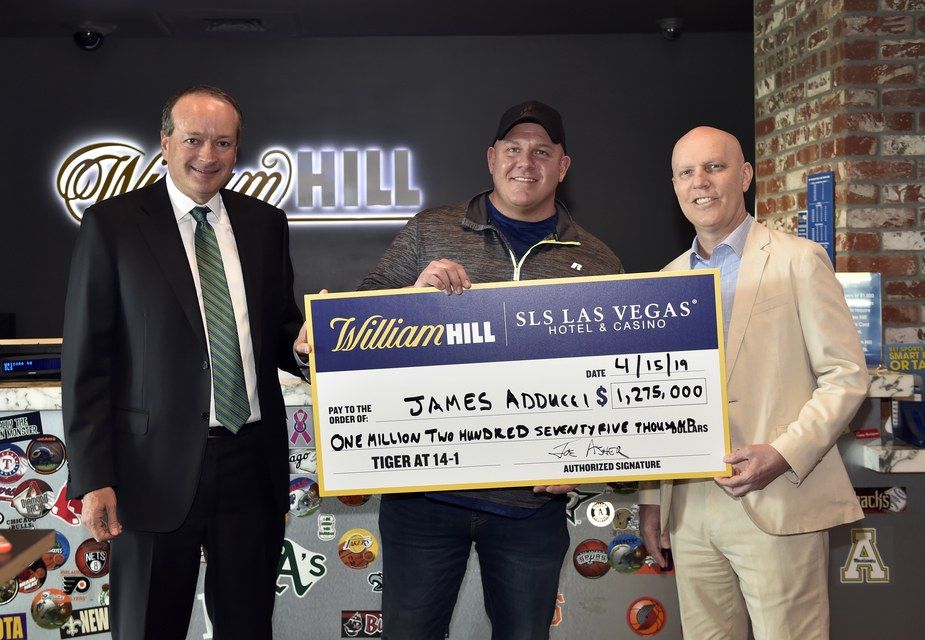 A 39-year-old self-employed daytrader named James Adducci is the man behind the $85,000 bet on Tiger Woods winning The Masters that paid out $1.275 million, Golf Digest's Stephen Hennessey reports.

How it happened: Adducci "flew from Wisconsin to Las Vegas earlier in the week to place the wager, which he claims to be his first-ever bet on sports in his life. A man with a mortgage on his house, two student loans and two car loans decided he would take $85,000, which he said was 'everything I had that I could afford to lose,' and place it on Tiger."

"Why? 'I just thought it was pre-destined for him to win,' Adducci explained when reached on the phone on Monday afternoon."

The bottom line: "After being turned away by two casinos, Adducci arrived at the SLS Las Vegas Hotel & Casino, operated by William Hill, and after Director of Trading Nick Bogdanovich discussed with his boss, the sportsbook decided to accept the wager, which ended up being the largest individual payout on a futures bet in the sportsbook conglomerate's U.S. history."