Today's newsletter is filled with a bunch of fun stuff, including a tasty treat at the end.

In 2017, with funding from a Minnesota private equity firm, a small startup called SkyWater Technology bought a chip foundry from Cypress Semiconductor in hopes of sparking a resurgence in U.S. chipmaking. Now, with the government pining for more homegrown tech manufacturing, that bet is starting to pay off.

"We’re kind of in the right place at the right time."

Driving the news: SkyWater has a deal with MIT and the Defense Advanced Research Projects Agency (DARPA) to commercialize a new kind of chip-making technology. The approach combines traditional silicon with carbon nanotubes to produce a three-dimensional structure.

The basics: SkyWater has about 500 employees cranking out about 10,000 chip wafers per month at the Bloomington facility in Minnesota. The company positions itself as somewhere between factories like TSMC and GlobalFoundries and research facilities like Sandia National Labs.

The 14-acre facility, with its 80,000-square-foot cleanroom, uses an older generation of manufacturing with thicker wiring and smaller wafers, but this has benefits that commercial fabs don't — namely the freedom to experiment with new ideas and manufacturing processes. About one-sixth of the facility is devoted to developing new techniques.

History lesson: The facility began life 30 years ago and was initially owned by Control Data, which mostly did government work including top-secret projects. It was sold to Cypress Semiconductor in the early 1990s.

Even after the sale to SkyWater, Cypress remains the facility's largest customer, though Sonderman says about a third of its work is for other customers, with plans to grow that market over time.

Yes, but: There are other U.S. chip factories, but all the "pure-play" contract manufacturers are foreign-owned, such as Israeli-owned Tower Jazz, Belgian-owned Xfab and UAE-controlled GlobalFoundries. (Intel has a number of chipmaking factories in the U.S. While many are for its own use, it also does some foundry work.)

There's a growing school of thought that people should delete their old tweets and use technology to automatically delete future posts after a short period of time.

Case in point: In an article for Wired, my former CNET colleague Emily Dreyfuss explained why she was deleting her old tweets and made the case for others to adopt the practice.

The bottom line: Prominent figures in industries like Hollywood, sports, and even media increasingly find themselves embroiled in controversies over old tweets that are racist, sexist or homophobic coming back to haunt them.

What they're saying: "Increasingly, old tweets are being used as ammunition to get their owners fired or ruin their reputation by people with an ax to grind," Dreyfuss writes.

As my colleague Kia Kokalitcheva notes, this is especially effective in part because Twitter doesn't always include the context in which a tweet was sent.

Yes, but: I generally go for a different approach: Think twice before you tweet. I actually have that emblazoned on a T-shirt (not to mention burnt into my skull by Axios editor-in-chief Nicholas Johnston.)

My thought bubble: Yes, your old racist, sexist and homophobic tweets can be used against you. So maybe don't tweet those things in the first place.

A group of Democratic lawmakers want the Government Accountability Office to look at how companies and law enforcement agencies use facial recognition technologies, Axios' David McCabe and Kaveh Waddell report.

Why it matters: Both Amazon and Microsoft have invited the government to lay out its views on the proper use of facial recognition technology.

The details: In a letter sent to the GAO on Monday, top House Judiciary Committee Democrat Jerrold Nadler and Sens. Ron Wyden, Chris Coons, Ed Markey and Cory Booker asked the agency to look into a range of questions about facial recognition technology:

4. Why we should teach AI to think like a toddler

Artificial intelligence powers modern conveniences like smart assistants and spam filters, and it fosters new developments in business, industry and the military.

But while today’s AI can solve complex problems, it’s still far from approximating human intelligence. Some researchers say that to get there, we should start by teaching computers to think like toddlers.

Watch more in this animated tutorial from the fabulous Axios video team. 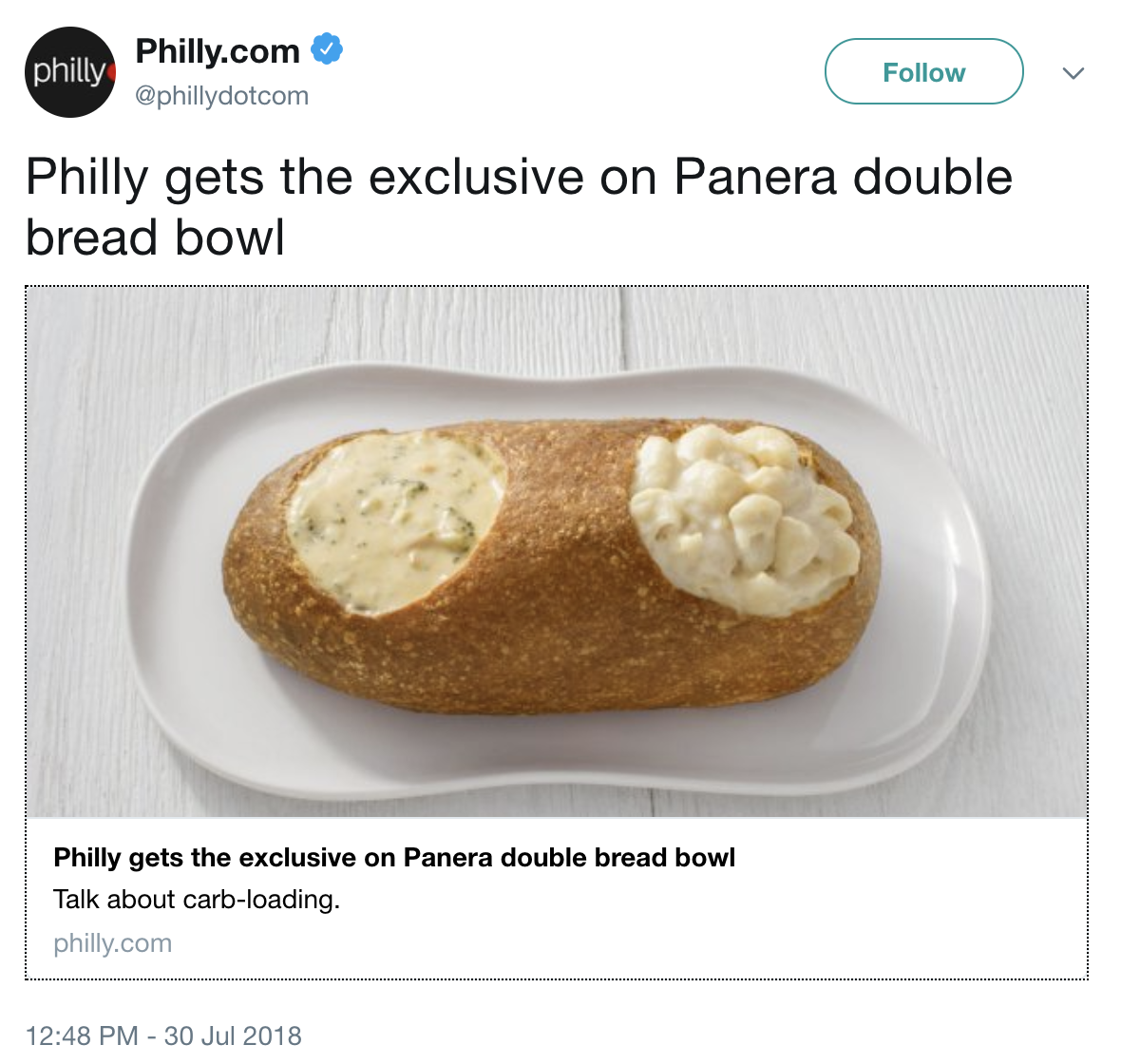 Panera is testing a double bread bowl, serving up mac & cheese alongside the soup of your choice. But you'll have to go to Philadelphia to try it.