I'm still shaking from that epic comeback last night by the San Jose Sharks, who were down 3-0 in the third period until scoring 4 goals during a 5-minute major power play and eventually winning the game in overtime.

If you aren't a hockey fan, I don't understand you, but I appreciate your readership.

1 big thing: How Microsoft is winning the techlash

The tech industry is feeling the pain of an unprecedented backlash over its business practices and broad impact on society. But, as Axios' Kim Hart reports, original tech giant Microsoft has managed to stay mostly above the fray.

Why it matters: Microsoft, which trudged through its own antitrust battle with the Justice Department in the '90s, has sidestepped the more recent mistakes made by its younger, brasher Big Tech brethren.

The Axios-Harris Poll 100 survey found that companies untouched by scandal — including Microsoft — prospered in the eyes of consumers, while those companies most heavily affected by privacy-related scandals faced the steepest erosion in trust.

Microsoft isn't doing these things altruistically — there are clear business and competitive reasons for these strategies. But it has jumped on them earlier, allowing it to get ahead of problems and handle them better politically.

The backdrop: Microsoft president and chief legal officer Brad Smith is quick to acknowledge that Microsoft made a lot of mistakes in the '90s, and it continues to make them.

"Maybe we're able to make some of those decisions around here because we were the first graduate of the school of hard knocks," Smith said. "We graduated first — not necessarily first in our class, but it was the first class."

Yes, but: The software giant isn't without its own headaches.

Our thought bubble: Microsoft is often at the forefront of the technology and the discussion in an area, but slow to capitalize on a trend. It's rarely first with products, and even rarer with a first successful product.

Tristan Harris, the former Googler who helped popularize the notion of "time well spent" laid out the shift he says the tech industry needs to make in order to stop, as he puts it, "downgrading humanity."

Details: As Harris described his vision at a jazz hall in San Francisco, many in the 300-person crowd were academics, nonprofit leaders and longtime technology critics.

Between the lines: That's good, because the humane tech movement will need people inside the industry giants to demand their companies make a shift, a fact that Harris readily acknowledges.

In a nutshell: Harris made the case that today's technology downgrades humanity by creating a vast artificial social system powered by "overwhelming" AI and an "extractive" attention economy.

Why it matters: Harris and the broader humane tech movement want to see the tech industry fundamentally realign its priorities, shifting to meeting human needs rather than profiting from human attention.

What they're saying: Roger McNamee, an advisor to the center and a frequent critic of Facebook, said he thinks the notions Harris espoused will find some willing ears in Silicon Valley.

"But demonstrably it's really hard for Google, Facebook, Microsoft and Amazon to react to the totality of it because their current business model is pretty well baked into the problem he described."

Yes, but: Harris' approach drew criticism from even some of those pushing for greater ethics in tech.

Our thought bubble: Even if you agree with Harris about both the problem and what the industry should do, it's hard to imagine these companies forsaking a business model that has made them huge and rich.

Meanwhile, a Monday event at Stanford with historian and author Yuval Noah Harari and renowned AI scientist Fei-Fei Li shows some of the tension from trying to marry ethics and engineering.

Twitter CEO Jack Dorsey had a private meeting with President Trump on Tuesday, following an invitation from the White House.

Details: According to tweets from both men — and additional details in a Washington Post report — the meeting featured Dorsey making the case for more elevated dialogue and Trump complaining that he has seen his follower numbers drop.

Our thought bubble: Neither party is likely to get relief from the other. Dorsey and Twitter maintain that most high profile users will see their follower counts fluctuate as the company takes action against bots and fraud. 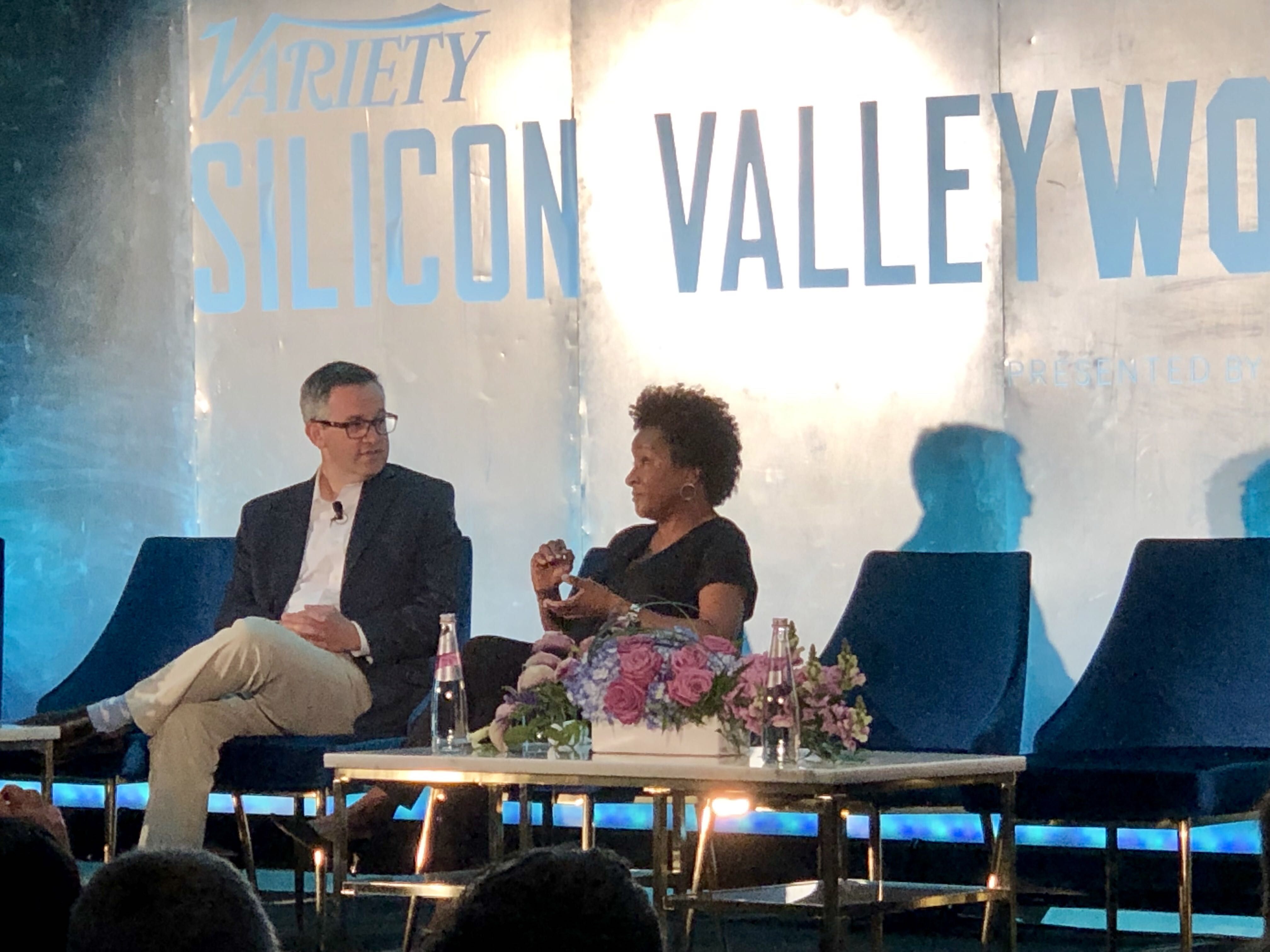 Yesterday, a number of Hollywood and NYC execs shared a stage with their Silicon Valley counterparts at an event hosted by Variety magazine to discuss how their worlds collide. It was cheekily named "Silicon Valleywood."

The big picture: As tech providers get into the content business and the content makers spin up their own streaming services, Hollywood and Silicon Valley are looking to learn from each other — and even unite for shared battles, Axios' Kia Kokalitcheva reports.

More from the event's discussions...

2. Data: While helpful in identifying underserved audiences, for example, it won’t dictate individual elements of a piece of content, Snap head of content strategy Mike DiBenedetto said during a storytelling panel, with other execs agreeing with him.

Flashback: Variety's event came just a month after Apple hosted some of Hollywood's biggest stars at its own Silicon Valley press event to unveil its TV ambitions.

The Markup, a well-funded journalism nonprofit launched last year to produce exposés of Big Tech's power, fired its editor-in-chief yesterday before it had published a single article. 5 of its newsroom of 7 quit in protest.

Julia Angwin, a Pulitzer-garlanded former ProPublica and Wall Street Journal reporter whose work has watchdogged Facebook and Google on issues like privacy and discrimination, had been the Markup's most prominent public face.

But, but, but: Markup CEO Sue Gardner and Jeff Larson, Angwin's former reporting partner, disputed that account and said, in statements to the New York Times and on Twitter, that the nonprofit's mission hadn't changed at all.

Why it matters: Investigative journalism remains an endangered species, and the tech industry could use more of it. The Markup had outlined a creative data-journalism strategy of pairing reporters with coders to come up with new ways to test hypotheses about tech platforms. That's still a worthy undertaking. 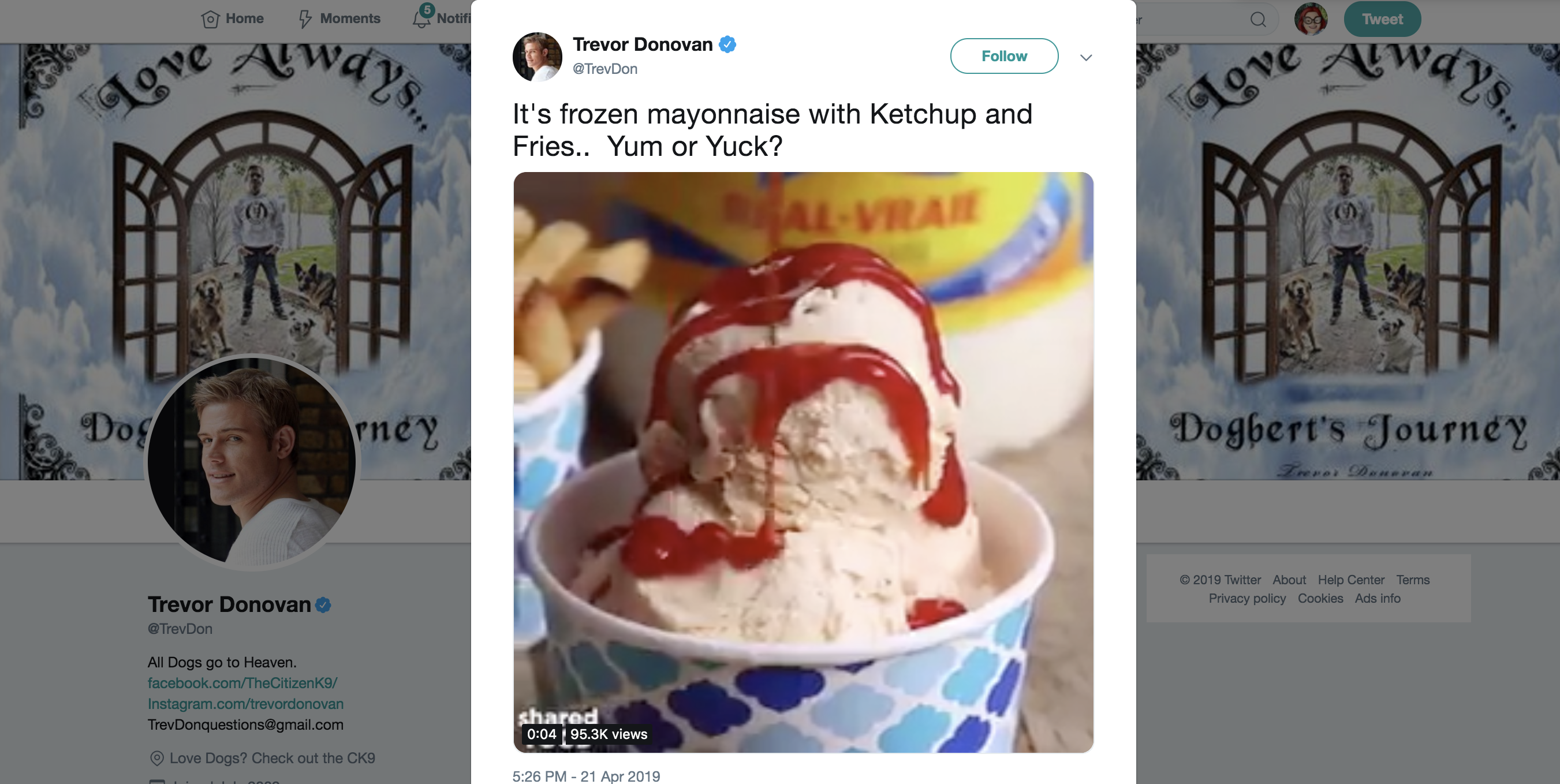 Someone thought it might be clever to make a "sundae" to dip your fries in, using ketchup drizzled over frozen mayonnaise. The comments on Twitter were tasty, even if the concoction isn't.