Facing both saturation and user fatigue in its core base, Facebook has based a big part of its growth strategy on getting the next billion users online.

But, amid mixed results and some criticism, Facebook has shifted to a new focus: Helping telecom providers build networks at lower cost. Facebook believes this will lead to lower prices for consumers and have the same effect of bringing new people online.

The nearly three-year-old effort, known as the Telecom Infra Project (TIP), is spearheaded by Facebook but has the backing of a number of global telecom providers —Telefónica, Deutsche Telekom, SK Telecom, among others — along with big name hardware makers, including Intel, Cisco and Broadcom.

What's new: At its TIP summit in London, Facebook announced Terragraph trials have started with its partners in Hungary, Malaysia and Indonesia.

The big picture: Bringing together things that work from both a technological and business perspective is the big challenge, Facebook VP Jay Parikh told me in an on-stage interview.

The context: Facebook did something like this in the server space with its Open Compute Project. It hopes to similarly drive costs down in telecom, offering alternative approaches to traditional cellular gear from Ericsson, Nokia and in particular from the current low-cost leader, Huawei.

Strange bedfellows: Also on Tuesday, in the same London conference center, Huawei is launching its latest smartphones. The relationship between Huawei and TIP has been contentious to say the least, given that the Chinese manufacturer basically owns the low end of the carrier equipment market.

Paul Allen, the Microsoft co-founder who went on to become a major tech investor, philanthropist and civic leader, died Monday after a recurrence of cancer.

Though Allen was personally low key, he made a major mark on the world, especially in his hometown of Seattle, where he helped cement the city's role.

He established a number of key institutions including the MoPop museum of pop culture and the Living Computers Museum, a gem of a place where you can try out many of the early devices that helped create the tech industry.

He also ran tech investor Vulcan, established the Allen Institute for Brain Science, owned the Seattle Seahawks and Portland Trailblazers, and did way more than Axios' format could allow me to list. Oh yeah, and he was one heck of a guitarist.

Go deeper: Listen to this rare public interview from Seattle's GeekWire, recorded in 2011.

3. Palm hopes a comeback is in hand 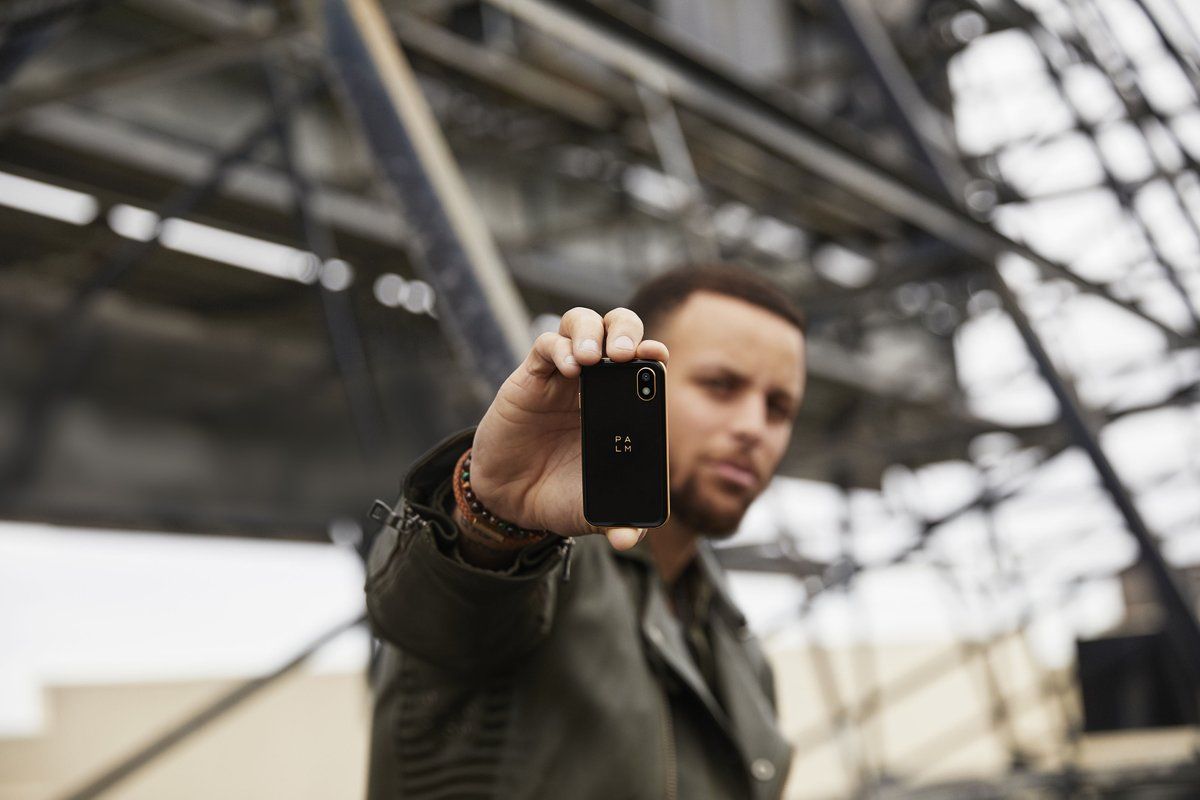 Palm is back, just not as you remember it.

What's new: The venerable tech brand, which has been dormant since HP shuttered its phone effort several years back, is relaunching itself with new owners and a curious little device.

The backstory: HP sold the brand to China's TCL, which also sells phones under the Alcatel and BlackBerry brands. TCL, meanwhile, licensed Palm to a startup led by two former Samsung employees.

Our thought bubble: If you think that sounds a bit like the Apple Watch, you aren't alone. And, while it's capable of running full apps, it also doesn't strap to your wrist — meaning you are still carrying a phone, albeit a smaller one, if you choose to leave home with this device instead of a standard smartphone.

What they're saying: Reaction was mixed, with some disappointment from longtime fans who were hoping to see Palm's WebOS resurrected along with the name.

Facebook has banned from its platform a broad variety of false statements about voting in the U.S. ahead of the midterm elections, Axios' David McCabe reports.

Why it matters: The social network has long held that it should not be the arbiter of truth on its platform. Yet as the midterms approach, Facebook is under extraordinary pressure, with executives trying to avoid a repeat of the misinformation campaigns that mired the 2016 election.

Details: Last month, Facebook started banning "misrepresentations about how to vote, such as claims that you can vote by text message, and statements about whether a vote will be counted (e.g. 'If you voted in the primary, your vote in the general election won’t count')," public policy manager Jessica Leinwand wrote in a blog post.

Google CEO Sundar Pichai has, for the first time, publicly acknowledged that Google has considered relaunching its search engine in China.

Driving the news: Pichai said the company's mission "is to provide information to everyone" while at Wired's 25th anniversary conference in San Francisco Monday.

Why it matters: Since leaks of Google's Project Dragonfly, an internal project prototyping a potential search engine for China, the company has faced criticism for wanting to enter a market that would require it to play by the government's censorship rules.

"The reason we did the internal project — it's been years, we've been out of the market ... We wanted to learn what it would be like if Google was in China ... We'll be able to serve well over 99% of queries and there are many many areas in where we would provide information better than what's available." 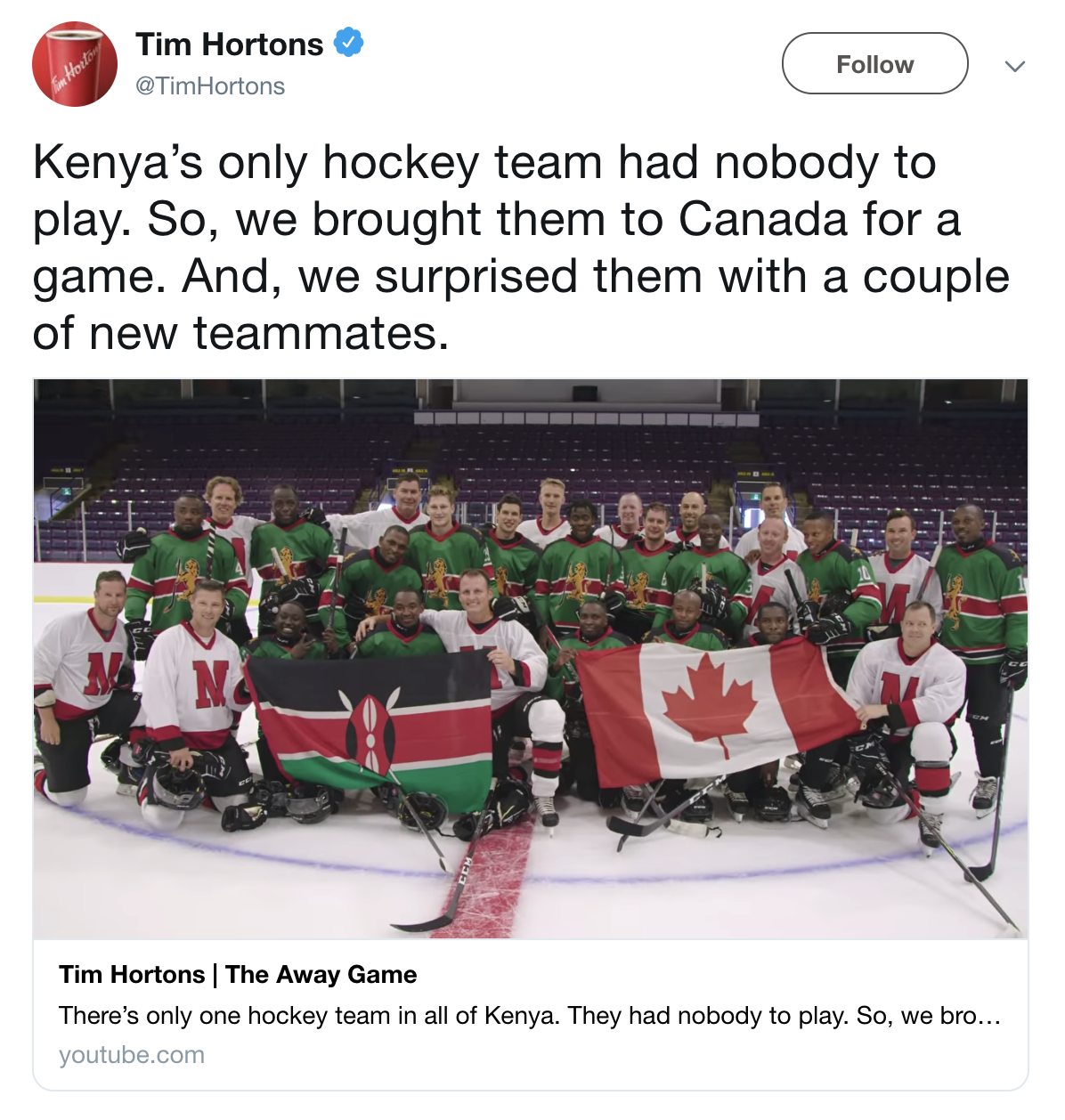 Kenya has only one ice hockey team, making it tough to schedule games. Enter Canadian coffee and donut chain Tim Hortons, which flew them to Canada for some competition, and brought along an extra player or two. You can — and should — watch the video here.