Happy birthday to the late Lou Reed, who provides today's intro track from 1989's New York, a stunning and wrenching mix of storytelling, poetry and polemic . . .

The changing shape of the Stanford-Exxon alliance

ExxonMobil and Bank of America (BofA) are pouring a combined $27.5 million into a new Stanford University research program to push low-carbon energy further into the mainstream while seeking new tech breakthroughs. It will link major companies with Stanford scientists as well as experts in engineering, finance, economics and policy.

Why it matters: The Stanford Strategic Energy Alliance’s multidisciplinary focus highlights how clean energy has arrived to a new place — it's now on multiple tracks, spanning mainstream commercial deployment to deep R&D into the next wave of breakthroughs, and a lot of points in between.

On the record: I chatted with Sally Benson, co-director of Stanford's Precourt Institute for Energy that's managing the new program, about how the initiative might approach some specific technologies.

Remember when my Axios colleague Amy Harder wrote this week about escalating trade tensions between President Trump and the oil-and-gas industry? Well, they're boiling over now that Trump is preparing to impose steep tariffs on steel imports (25%) and aluminum too (10%).

Why it matters: The action underscores how Trump's professed support for oil-and-gas producers is colliding with his super-hawkish trade stance — and the president's trade desires are winning the day right now.

Industry reaction: The oil-and-gas industry, which uses imported steel for an array of operations, bashed the move. Solar energy players also voiced concern that the tariffs could boost project costs.

The politics: ClearView Energy Partners, in a note yesterday, points out that Trump already won most states where oil-and-gas production is a significant share of GDP.

Nope: Via The Seattle Times, "Another ambitious effort to pass a carbon tax in Washington state has faltered as both Gov. Jay Inslee and the bill’s prime sponsor said Thursday that there weren’t enough votes to pass the measure out of the state Senate."

Not worried: Multinational oil-and-gas behemoth Chevron claims in a new report that global efforts to drive down carbon emissions will not endanger the company's business or leave it with so-called stranded assets. 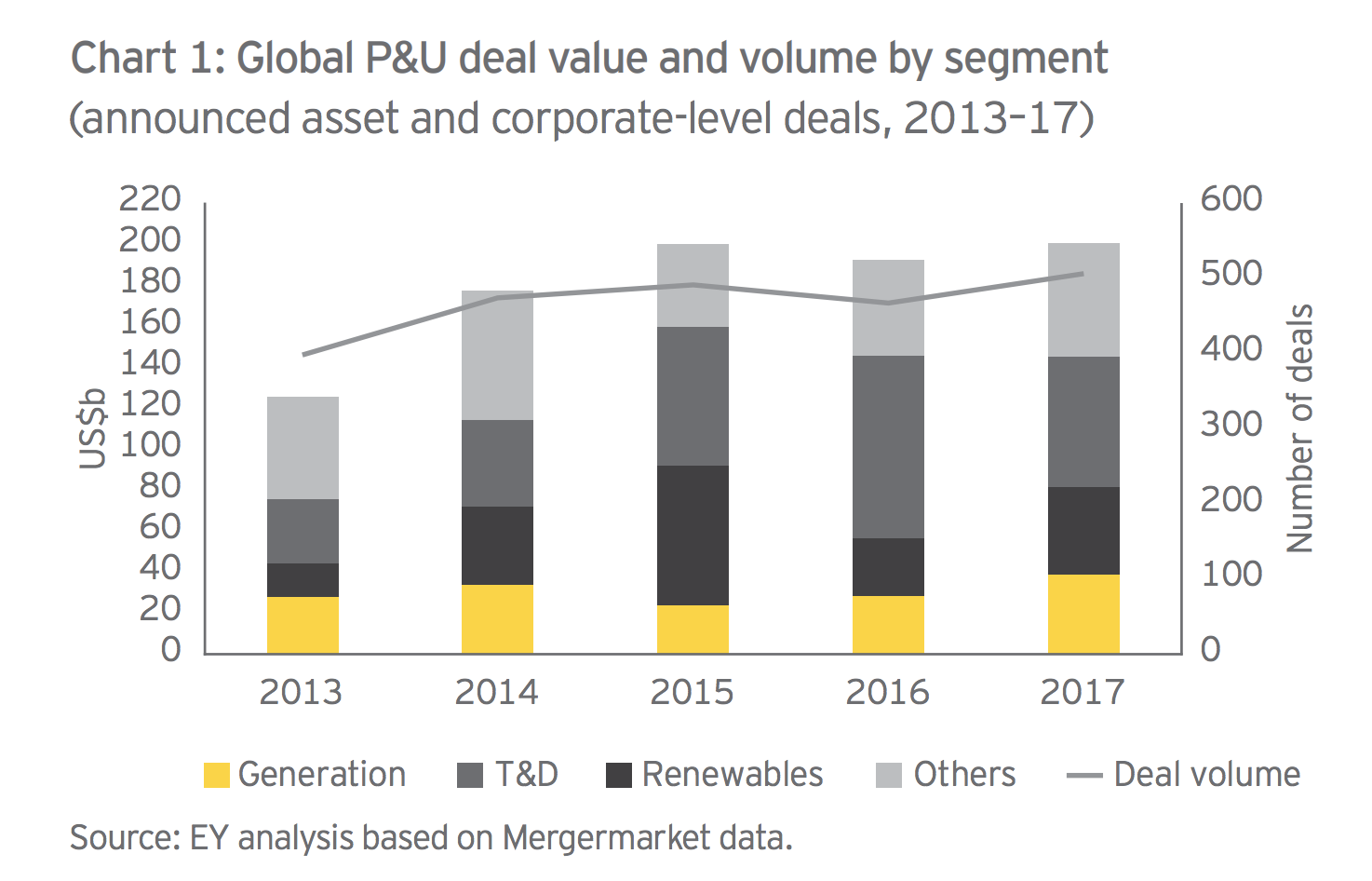 New data: The big firm EY said in a new report that 2017 was a "stellar year" for deal-making in the power and utilities industry worldwide as both the number and total value of mergers and acquisitions reached an 8-year high.

One reason it matters: This year's volumes underscore the level of activity in the U.S. renewables industry.

Contrarian take: An interesting paper released through the Columbia Center on Global Energy Policy looks skeptically at the widely held view that the U.S. oil-and-gas boom has created powerful diplomatic advantages. The paper says leverage is limited because:

Interior and oil: The New York Times has internal emails on the role energy may have played in Interior Department decisions to scale back the scope of the Bears Ears National Monument.

EPA and coal: Via The Washington Post, "The Environmental Protection Agency on Thursday proposed significant changes to an Obama-era initiative to regulate coal ash waste, giving states and utilities more latitude in how they dispose of the potentially toxic substance."

Here's are some informative energy-themed podcasts for doing whatever you do with headphones on . . .

One big idea: National energy systems are tough to turn around.

"I think the good news is that these guys — him and his administration — they do not understand how to pull the levers of power very well," Zindler says. "They have certainly sought to lay a glove on the clean energy industry, but so far I think they have been generally unsuccessful, and I would argue that it is largely because they don't understand how this stuff works very well."

Trucks and energy: The latest offering from UPenn's Kleinman Center for Energy Policy is a deep dive into the status and future of self-driving trucking technology with senior fellow Steve Viscelli.

"Our big concern there is that trucks are way less efficient than rail per-ton. We could have big efficiency gains per-mile in what trucks can do, but we may see a significant increase in the number of trucks on the road. So what you are going to get there is more oil being burned by those trucks in the for of diesel," Viscelli says.