Lots of car content today after the first item, so let's rev things up: 20 years ago, TLC was atop the Billboard R&B/hip-hop charts with a classic that takes us into the news...

Lawmakers offer lots of bills every day that just vanish into the ether, but yesterday my inbox filled up with responses to a new energy proposal, and the rollout says a lot about the state of play heading into the 2020 elections.

Why it matters: It's a big but also detailed marker and clearly has plenty of advance organizing behind it.

By the numbers: The intricate system recognizes regional differences, but overall sponsors say it would cut power-sector emissions by nearly 80% in 2035 (relative to 2005 levels) and get close to net-zero by mid-century. Modeling by the nonpartisan think tank Resources for the Future concludes it would...

Between the lines: The rollout and early support (more on that below) suggests advocates of an approach that backs a suite of zero-carbon technologies are gaining the upper hand over calls on the left for a renewables-only vision.

The big question: Whether there's any chance of GOP support. It's not a totally bananas possibility.

Flashback: Roughly a decade ago, GOP Sen. Lindsey Graham floated a version of a "clean" standard, albeit as Republicans were countering largely Democratic calls for renewables-only mandate.

What they're saying: The bill is supported by United Steelworkers, the Utility Workers Union of America, the Union of Concerned Scientists, and the Clean Air Task Force, sponsors say.

2. A new twist in the electric pickup race

GM's plan to sell its shuttered Lordstown, Ohio, plant to the Workhorse Group, an electric truck company, would remove a political headache for GM and is already bringing new prominence to the little-known buyer.

Driving the news: GM is in talks with Workhorse and an affiliated party to "bring significant production and electric vehicle assembly jobs to the plant."

Why it matters for EVs: The popularity of pickups makes them a potentially huge market for electric models.

What's happening: Other recent developments in this race include...

The big picture: The sale is likely to help ease political pressure on GM, which has been under fire over the restructuring announced in late 2018 that included layoffs.

What's next: “The first vehicle we would plan to build if we were to purchase the Lordstown Complex would be a commercial electric pickup, blending Workhorse’s technology with Lordstown’s manufacturing expertise," Workhorse co-founder Steve Burns said in a statement.

Go deeper: The Vindicator, an Ohio newspaper, has much more here. 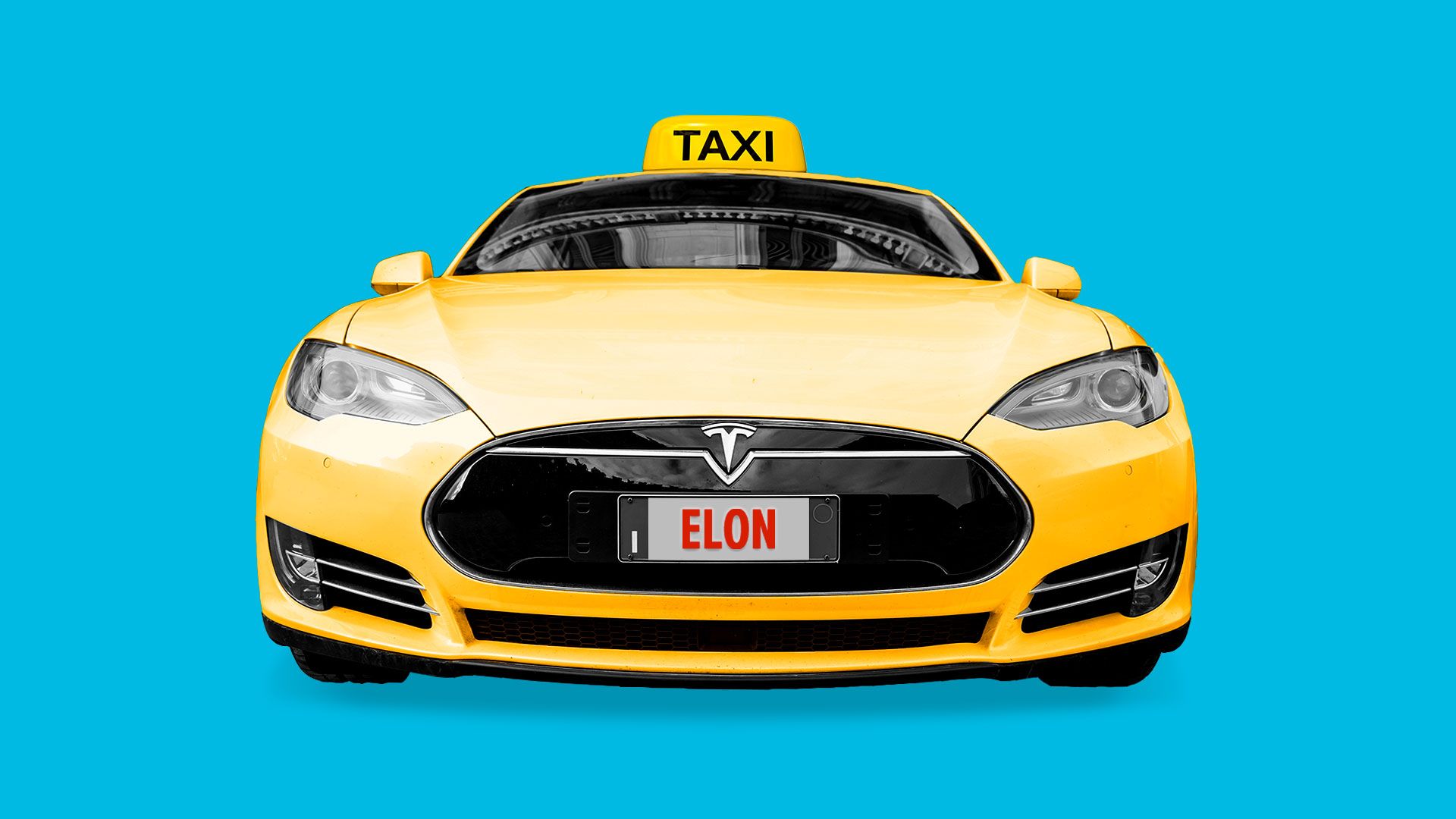 Tesla CEO Elon Musk is banking on a risky new strategy for the electric automaker: a robotaxi service that he argues will transform Tesla into a $500 billion company, Axios' Joann Muller reports.

The big picture: Like other AV companies, Musk is fixated on a potential $3 trillion market opportunity for autonomous mobility as a service.

Between the lines: Investors are eager to fund his plans — as seen by last week's fresh $2.7 billion equity and bond deal.

How it will work, according to Musk:

Yes, but: The economics of the plan seem dubious and there are a host of unanswered legal, logistical and technology questions.

Oil drama: Bloomberg reports that Occidental's corporate jet has flown to The Hague in the Netherlands.

Tech: "Exxon Mobil said Wednesday it will invest about $100 million over 10 years in emissions-reduction technologies at some of the nation's top energy research labs," according to the Houston Chronicle.

Tesla rival: Volkswagen announced it's taking pre-orders in Europe for its electric ID.3 hatchback. Various versions will have roughly 205–340 miles of range. More via Bloomberg:

Speaking of Tesla, Joann reports: "If it seems unlikely that wealthy Tesla owners would want to share their high-tech cars with the masses, think again. Teslas are already among the most popular cars rented on Turo, the original peer-to-peer car-sharing site."

Dyson's plan: Per the Financial Times, "James Dyson has lobbied Theresa May to bring forward to 2030 her planned ban on the sale of petrol and diesel cars, as the entrepreneur unveils the first patents for his own range of electric vehicles."

United Nations Secretary-General António Guterres is trying to rev up global efforts to achieve climate goals that are slipping out of reach.

Driving the news: In a new interview with AP, he warns of a "catastrophic situation for the whole world" as he prepares to tour Pacific islands facing existential threats from rising seas.

The big picture: Guterres offers big goals ahead of the climate summit he's convening in September, including no new coal-fired power plants built after 2020 and ending fossil fuel subsidies.

Between the lines: The coal target won't happen, and subsidies are a long-term project. They totaled over $300 billion in 2017 (and that doesn't even count production subsidies).

The bottom line: "It is achievable, but it needs a transformational approach," he tells AP, citing huge shifts needed in power, transport, industry, and agriculture.