Happy belated birthday (from Sunday) to Eddie Levert of The O'Jays, who opens the edition with this soul classic...

Why it matters: The persistence of the payments, despite some progress in pricing reforms in recent years in several nations, are among the many headwinds in the effort to combat climate change.

What they're saying: "The continued prevalence of these subsidies — more than double the estimated subsidies to renewables — greatly complicates the task of achieving an early peak in global emissions," IEA analysts said in a June 13 report.

Where it stands: Higher oil prices in 2018 than 2017 were one driver of the overall increase, while higher energy consumption was another.

The intrigue: Tackling subsidies is tricky — as IEA notes, there's a need to make energy more affordable to poor and vulnerable populations.

New York State is on the cusp of passing the nation's most aggressive climate and energy law.

The big picture: "The agreement to pass the so-called Climate & Communities Protection Act calls for New York to eliminate 85% of its overall planet-warming emissions by 2050, while offsetting or capturing the other 15%," HuffPost reports.

Why it matters: The deal that emerged between lawmakers and Gov. Andrew Cuomo early this week is among the most striking examples of states enacting tougher policies as the White House unwinds federal efforts.

Where it stands: New York has small per-capita emissions compared to the country overall, but as of 2016 the populous state ranked 9th in overall energy-related CO2 output, per the Energy Information Administration. 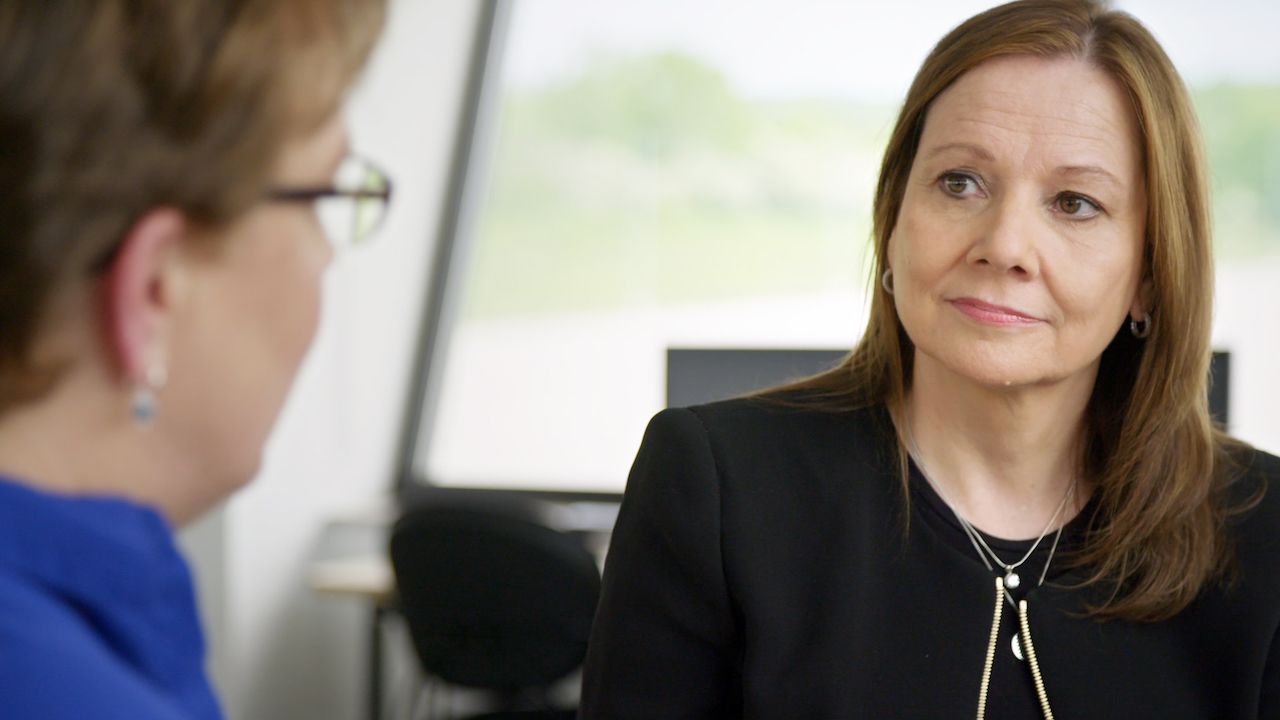 GM CEO Mary Barra says the company will need to relocate workers to keep them in the family as part of its long-term vision for an electric, self-driving future.

The big picture: "I want to make sure this company is not around for the next 5 years but the next 50 and beyond," Barra told Axios' Joann Muller for "Axios on HBO."

Why it matters: With labor talks looming this summer, Barra's must convince workers that her plan to divert resources toward new technologies won't put their livelihoods at risk.

Why you'll hear about this again: After more than 100 years, automobiles are shifting away from gasoline, steering wheels and personal ownership.

And it's a painful transition that's already affecting thousands of American jobs.

Yes, but: Barra emphasized that GM acted while the economy is strong and most factory workers have been offered jobs in other GM plants.

What to watch: GM is eventually shifting its entire vehicle lineup to electricity and says it will introduce 20 new EVs by 2023. Many of those will be built and sold in China.

The president, in a Time interview posted late last night, downplayed the alleged Iranian attacks against 2 tankers in the Gulf of Oman last week.

But, but, but: It published just hours after Secretary of Defense Patrick Shanahan announced U.S. is deploying an additional 1,000 troops to the Middle East in response to "hostile behavior by Iranian forces and their proxy groups."

The intrigue: "Trump argued that the Gulf of Oman is less strategically important for the United States now than it used to be," the magazine reports.

Quick take: It's true that U.S. crude imports from the region have been plummeting for years as U.S. production has surged (as Bloomberg's Javier Blas notes here).

5. Chart of the day: Fueling the plastics boom

Axios' Amy Harder reports ... America's oil and gas boom is fueling the rise of a lesser-known energy central to the plastics in our lives: ethane.

The big picture: Ethane, which is produced alongside natural gas, is the largest type of raw material in North America for petrochemicals, the building blocks of plastics.

Climate: Global average temperatures in May were the 3rd-warmest for the month in records dating back to 1880, according to the latest NASA data, while separate European Union data similarly put May among the top 3.

OPEC: Per WSJ, "Saudi Arabia is cutting its oil output and is set to push for the Organization of the Petroleum Exporting Countries to curb oil output in the second half of the year."

Shipping: Via Reuters, "A group of leading banks will for the first time include efforts to cut carbon dioxide emissions in their decision making when providing shipping company loans, executives said on Tuesday."