Good morning from Houston! Ben and I are here this week to cover the big energy confab known as CERAWeek by IHS Markit. Are you here too? Drop us a line: [email protected] and [email protected].

My latest column looks at how this conference — which reflects the broader oil and gas industry — is looking to be more like Silicon Valley. I'll preview that piece, and I also have a Q&A with conference host and energy historian Daniel Yergin to share. Ben will then get you up to speed on all the other news that's happening. 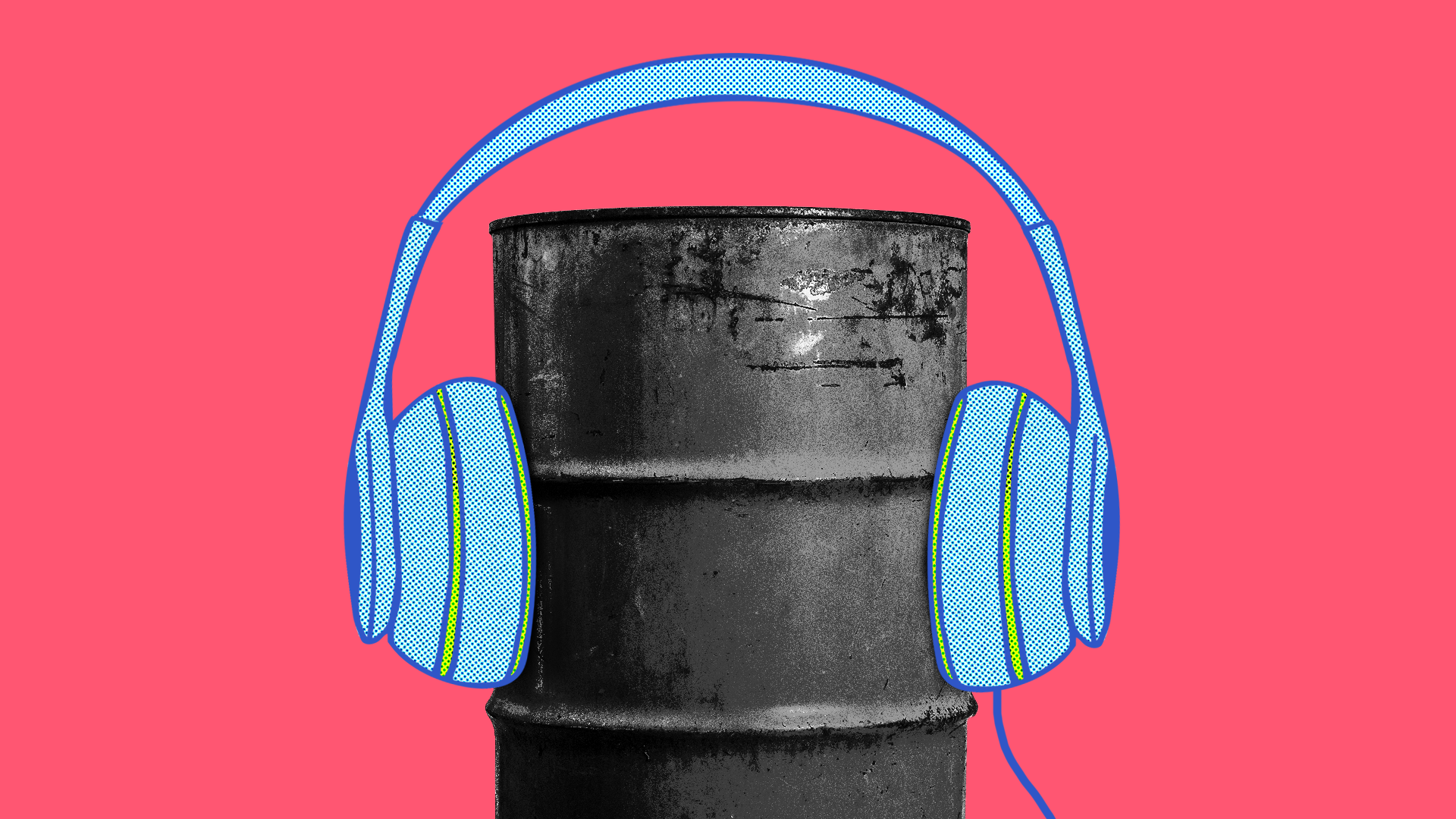 HOUSTON — One of the world's largest energy conferences is focusing more than ever on new technologies helping big oil and gas companies cut costs and carbon emissions.

Why it matters: The spotlight on new tech underscores how the high-carbon parts of the energy industry are trying to embrace the future of low carbon and high tech. The extent to which this conference evolves reflects the very evolution of the sector itself.

Driving the news: The conference, called CERAWeek, features interviews with top executives at Google and Amazon Services and a head of a national laboratory all coming for the first time, according to organizers. A technology hub housed inside the conference that began last year is more than triple its initial size.

Who's here from tech: Bill Vass, vice president of engineering at Amazon Web Services, will be here, and Google is sending its CEO of its cloud business, Diane Greene. Their presence reflects the growing digitization of energy companies.

“Within the Silicon Valley context, she [Greene] is equivalent to any of these big names in energy,” said James Rosenfield, IHS Markit executive and co-host of the conference. “She’s a household name in Silicon Valley, but when I mentioned her name in Houston, she’s less well known except to the IT people.”

Yes, but: This is still Houston, and the oil industry is never going to be a rapid adopter of anything new, given that its operations are based on huge infrastructure that can’t be easily changed.

By the numbers: With the tech hub tripled and a record number of speakers, the more than 3,500 attendees — itself another record — are bound to miss things.

That record attendance comes amid a steep price tag that some energy executives complain is too high: $8,250 for the week. That’s $500 more than the past three years, according to a CERAWeek spokesman.

I guess that’s the price for Silicon swag.

Read the whole column in the Axios stream.

Cover of "Taming the Sun," a Council on Foreign Relations book published by the MIT Press

Solar power expert Varun Sivaram is getting lots of buzz for his just-published book "Taming the Sun: Innovations to Harness Solar Energy and Power the Planet."

The big goal: Have solar provide a third of global electricity by mid-century, and the majority of all energy — not just power — by 2100 as it transforms industrial systems and transportation too.

Sivaram chatted recently with Axios. His advice for energy industry titans gathered in Houston for CERAWeek:

“If you are an energy super-major, you need to recognize that solar has come of age. Solar is no longer David to fossil fuels' goliath.”

“This is not an either/or question...We need everything. I always talk about a portfolio approach that applies to our focus on innovation and deployment.”

Click here for much more in the Axios stream.

Why the IEA is worried about future oil supplies

Why it matters: The annual report released Monday signals that despite the price rebound and a major upward revision in U.S. production estimates, the agency remains concerned about the shape of the global market as soon as the early part of the next decade.

Click here for more on the report in the Axios stream.

HOUSTON — As Amy notes above, the big energy confab CERAWeek by IHS Markit gets underway today in America’s oil capitol. Here’s some of her chat with conference host and energy historian Dan Yergin.

What’s the biggest concern in the oil industry right now?

In the near term, it’s the question of whether the market really rebalances because U.S. shale is growing so fast. And I think out five years, there’s concern about if there’s enough investment going into larger projects outside the U.S. to meet demand. I think when you start going 10 years out, it’s a question about the automobile fleet and mobility.

On the importance of U.S. shale oil production

Exporting countries are here to try to understand how shale works. It’s almost a different industry, and yet now it’s a really important part of the global industry. In percentage terms it’s maybe 5 or 6%, but it’s a very important 6%. This flexibility, reactivity is a key factor in terms of price formation.

About this year’s conference theme, which is “tipping point”:

On what an energy transition really means

In my mind, it’s something that unfolds over decades, a few centuries of energy transition but now it’s being speeded up. In the past it was largely driven by economics and technological advantages. Here, there clearly are attractive features of technologies, but the difference between this one and earlier ones is a much stronger role of government policy.

It's not over (they hope): Oil companies dismayed by pending White House tariffs on steel imports are pressing for nuances in the policy, such as exemptions for some specialty steel products, industry sources tell me.

The official order is coming as soon as this week, officials say. But nothing has been formally imposed yet. And one trade law expert tells me that the Trump administration has discretion to alter the policy even after the order arrives.

Bottom line: Expect the lobbying campaign to last for a while.

On our radar: While in Houston, we'll be looking to see how industry executives — whose companies rely on steel imports for a number of uses — size up their chances of winning exemptions.

Why tariffs matter: A new Bloomberg Gadfly column provides some estimates of the tariffs' effect on pipeline costs:

"A 25 percent increase in the cost of imported line pipe, fittings and valves would raise the cost of a 280-mile oil pipeline — typical of those needed to carry shale oil from the Permian Basin to the Gulf coast — by $76 million," Julian Lee writes.

A new note Monday from RBN Energy says there are big uncertainties about how the steel penalties could affect the global oil-and-gas trade:

"The obvious question is, what if there’s retaliation? ... China is the world’s largest steel producer; Japan ranks second. Both also are among the largest importers of U.S. crude, LNG and propane. What if they decide to respond to a threatened 25% tariff on steel imports by slashing their hydrocarbon purchases from the U.S. and buying what they need elsewhere?" RBN's Rusty Braziel writes.