Good morning and welcome back! Before we dive in, I want to flag some exciting news about Axios that's certainly relevant to readers who care about energy.

As Axios turns one year old, co-founder Jim VandeHei is announcing plans for expanded coverage, including a new section of our website devoted to global news and trends that will feature our own reporting and outside expert voices.

Fatih Birol, head of the International Energy Agency, doesn't expect to see much oil flowing from the Arctic National Wildlife Refuge for more than a decade.

On the record: The IEA chief told the Senate Energy and Natural Resources Committee Tuesday that modest prices and the bountiful shale opportunities will temper industry interest despite the region's proximity to the Trans-Alaska Pipeline and potentially huge hydrocarbon resources.

“With the current context, it will be difficult to believe that there will be a substantial amount of oil production coming from that region before 2030, unless we see some surprises in the markets."

Why it matters: The tax overhaul bill that President Trump signed late last year authorizes oil-and-gas leasing on ANWR's coastal plain, providing a big victory for Alaskan officials and oil-and-gas advocates who have fought for decades to open the region.

Yes, but: Birol was more bullish on the prospect of LNG exports from Alaska. It's a prospect that's gaining new attention following a preliminary agreement between Chinese companies, the state of Alaska and the Alaska Gasline Development Corporation.

BP CEO: Russia and OPEC will keep working together

BP CEO Bob Dudley is bullish on a lasting cooperation between Russia and OPEC, a position he told Axios in an exclusive interview that goes against conventional wisdom.

Why it matters: Dudley has extensive experience working in Russia and with Russian companies. BP has an almost 20% stake in Rosneft, the Russian state-owned oil company whose CEO, Igor Sechin, is among the individuals the U.S. government has sanctioned.

Gritty details: Dudley’s comments, made to Axios in a wide-ranging interview last week in Washington, come as some analysts are predicting the production-limiting deal between Russia and OPEC may end sooner than its scheduled December end, given that oil prices are at three-year highs.

Dudley indicated he thinks the deal could last at least through the full year, and possibly longer. His comments in full:

"Historically, they have not worked together, communicated together. They are now. I think there is a general view out there that this is a convenient relationship for a short period of time. I actually don’t subscribe to that. I think you’ll always have debates among OPEC nations and in Russia itself, but I think the cooperation around this, which is so vital to all the countries, I think they will remain more open and closer than what I would say is conventional wisdom."

The future takes a backseat at Detroit's auto show 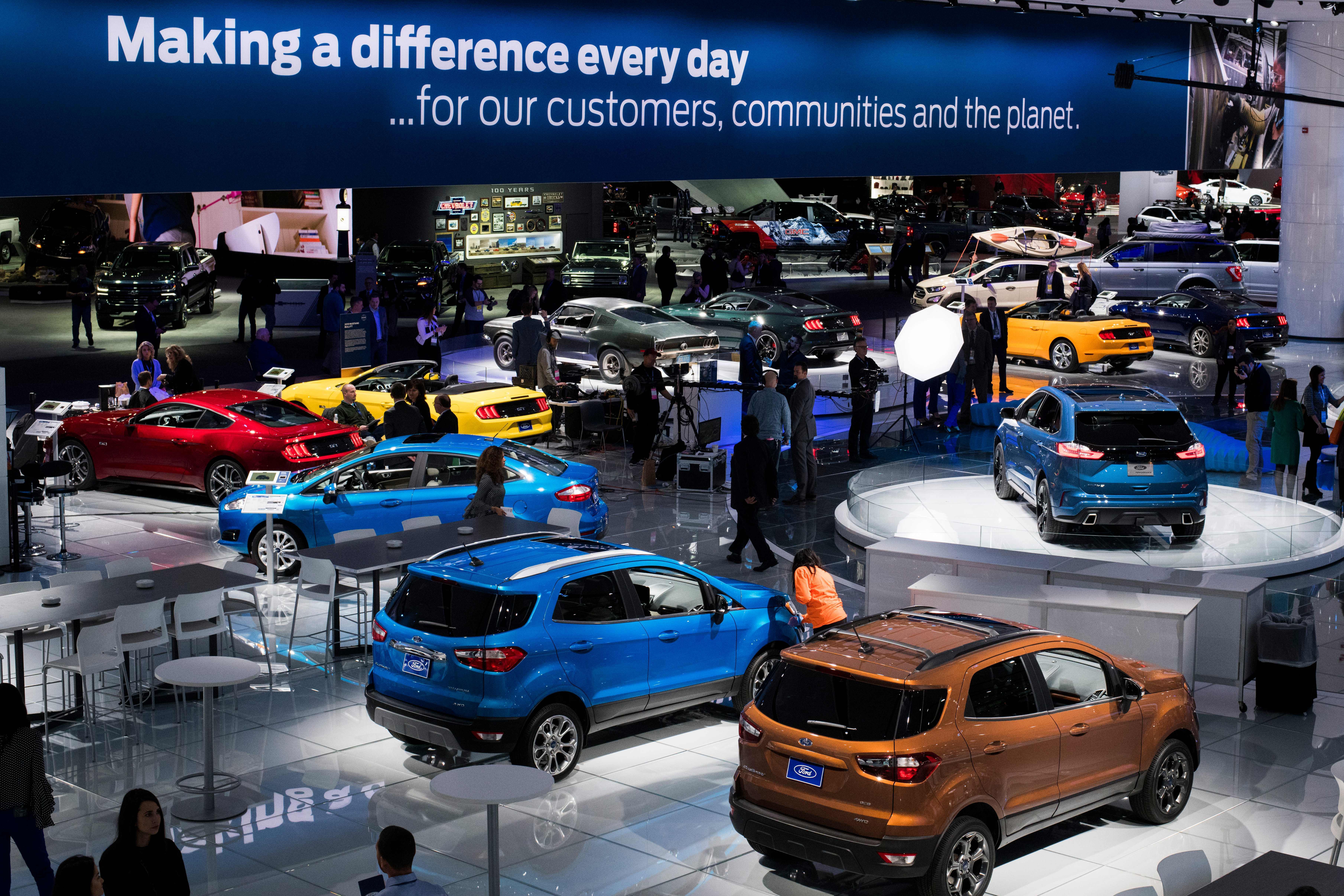 State of the industry: My Axios colleague Shane Savitzky has a look at the trends on display at the big Detroit auto show. One of his takeaways is that compared to the glittery future promises of last week's Consumer Electronics Show in Las Vegas, the Detroit show includes more meat and potatoes stuff.

Yes, but: That doesn't mean the auto industry's move toward electric vehicles, which are now less than one percent of the global fleet, isn't also apparent in Detroit and elsewhere.

More details from the show:

For your D.C. radar: Next Thursday the Senate Energy and Natural Resources Committee will hold a field hearing on the sidelines of the Washington Auto Show about "the opportunities and challenges facing vehicle technologies, especially energy-relevant technologies." 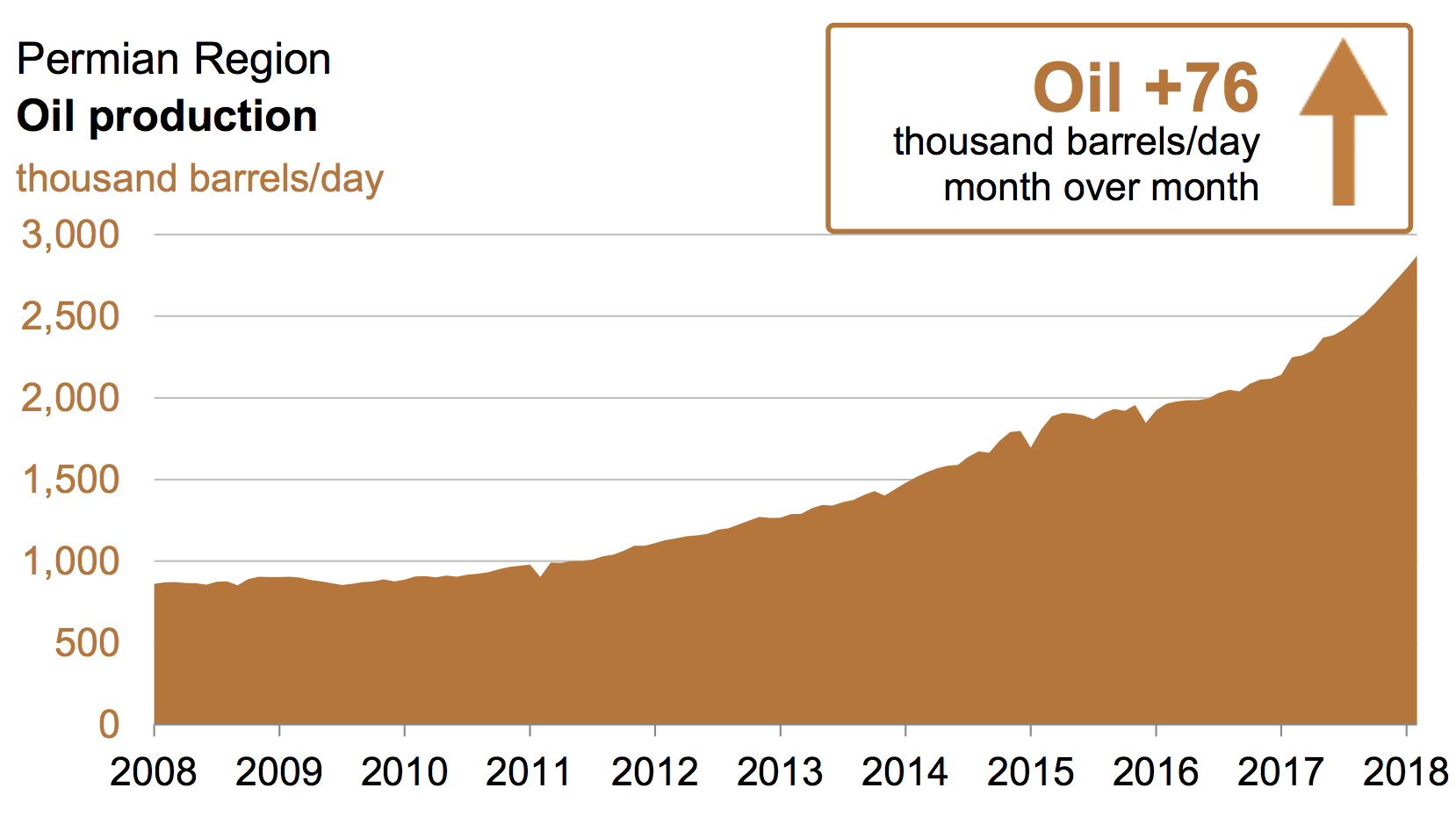 Up, up, up onshore: The Energy Information Administration's latest projections for U.S. tight oil and shale formations forecast that oil production from those regions will grow another 111,000 barrels per day to reach 6.55 million barrels per day next month.

Hurdles offshore: A new Bloomberg piece explains why the Trump administration may struggle to lure industry investment off the East Coast, even though the region may share some of the massive hydrocarbon bounty that companies are tapping in South America's Atlantic waters.

Pipelines: The Wall Street Journal has an interesting feature this morning on the evolution of nationwide battles over new pipelines. Under the headline "Pipeline builders outflank opposition with expansions," they report:

Disaster: "Several oil slicks have been found in waters around a sunken Iranian tanker ship in the East China Sea in a spill that is growing and whose potentially major impact on the marine environment is still being assessed," the Associated Press reports.

Here's a bit more from Birol's remarks at the Senate hearing, and later in the day at the Center for Strategic and International Studies.

Renewables: He talked up the growing cost-competitiveness of renewable power worldwide.

Oil supply: Birol is still worried that investment in finding and developing new oilfields is lagging.

Geopolitics: Overall, he said the U.S. is "becoming the undisputed global oil and gas leader." Birol repeatedly noted the leverage that the U.S. oil and natural gas boom gives the country in foreign affairs.

Defending IEA: The agency has taken all kinds of heat for a years-long pattern of underestimating the growth of renewable electricity deployment worldwide. But Birol defended the agency's analyses, noting they model only existing policies.

Go deeper: His prepared Senate testimony is here, and the archived webcast from the CSIS event is here.

Crystal ball: Bloomberg New Energy Finance is out with its annual list of 10 predictions for the new year around renewables, electric vehicles and other green tech. Here's one of them: global electric vehicle sales will rise around 40% to 1.5 million this year.

Good luck with that: The Washington Post reports that the U.S. Chamber of Commerce is launching an uphill battle to convince Congress and the White House to agree to raise the gasoline tax by 25 cents per gallon to fund an infrastructure package.

Crunch time in solar case: With the White House facing a Jan. 26 deadline for its decision on new trade restrictions on solar panel equipment imports, Greentech Media explains how the dispute could drag on further.

FERC's approach: Utility Dive looks at what two members of the Federal Energy Regulatory Commission had to say yesterday about their newly launched process to explore grid resilience, now that the panel has unanimously rejected Energy Secretary Rick Perry's plan to boost revenues for coal and nuclear plants in some markets.