Next week will mark 50 years since Neil Young & Crazy Horse released the album "Everybody Knows This is Nowhere," so we'll start celebrating early with today's intro tune...

1 big thing: The future of oil

Oil demand could peak by 2025 and fall more than 30% by 2050 if countries take aggressive steps to hold the long-term global temperature rise to under 2°C, Barclays analysts say in a new report.

But, but, but: That's nowhere near the trajectory things are pointing to now (seen as "development" in chart), which leads to a peak in the 2030–2035 range, but then a "long plateau" to mid-century that keeps demand at roughly today's levels.

Why it matters: The report is a major new entry into attempts by forecasting bodies, consultancies and major energy companies to get their arms around how the global energy system will — and won't — transform in the decades ahead.

The big picture: The report's climate-friendly "dynamism" scenario would require circumstances to line up in a very particular way — and not just for oil — to keep things under 2°C.

Of note: That break with current trends would involve an array of big steps such as...

By the numbers: Getting back the main focus of the report — oil — here's a look at where Barclays sees things heading in "development."

Overall, it sees demand just slightly higher at 105 million barrels per day (mbd) in 2050, which is roughly 5 mbd above current levels. But the uses of that oil change. Per the report...

The intrigue: Speaking of petrochemicals, the report has some interesting data and projections about single-use plastics. They matter a lot!

2. How the Fed thinks about climate change

Fed Chair Jerome Powell told lawmakers the Fed is working to prepare financial institutions for severe weather events, even though climate is more broadly something "entrusted to other agencies."

Why it matters: Powell's April 18 letter, made public yesterday, provides a closer look than his previous public comments at how the Fed views the financial risks of extreme weather events that global warming is making more intense.

But, but, but: The letter is more moderate than a recent report by officials at the San Francisco Fed, and the calls to action of major central banks.

Our thought bubble: Via Axios' Dion Rabouin, Powell has been the perhaps the most political Fed chair ever. He's taken the view that the Fed is fighting for its survival. A big part of that fight is avoiding public confrontation with President Trump, who has staunchly opposed action on climate change, whenever possible.

What they're saying: Democratic Sen. Brian Schatz, who led a January inquiry to the Fed, the FDIC and the Office of the Comptroller of the Currency with 19 colleagues, attacked the agencies' responses via Twitter, calling them "garbage." 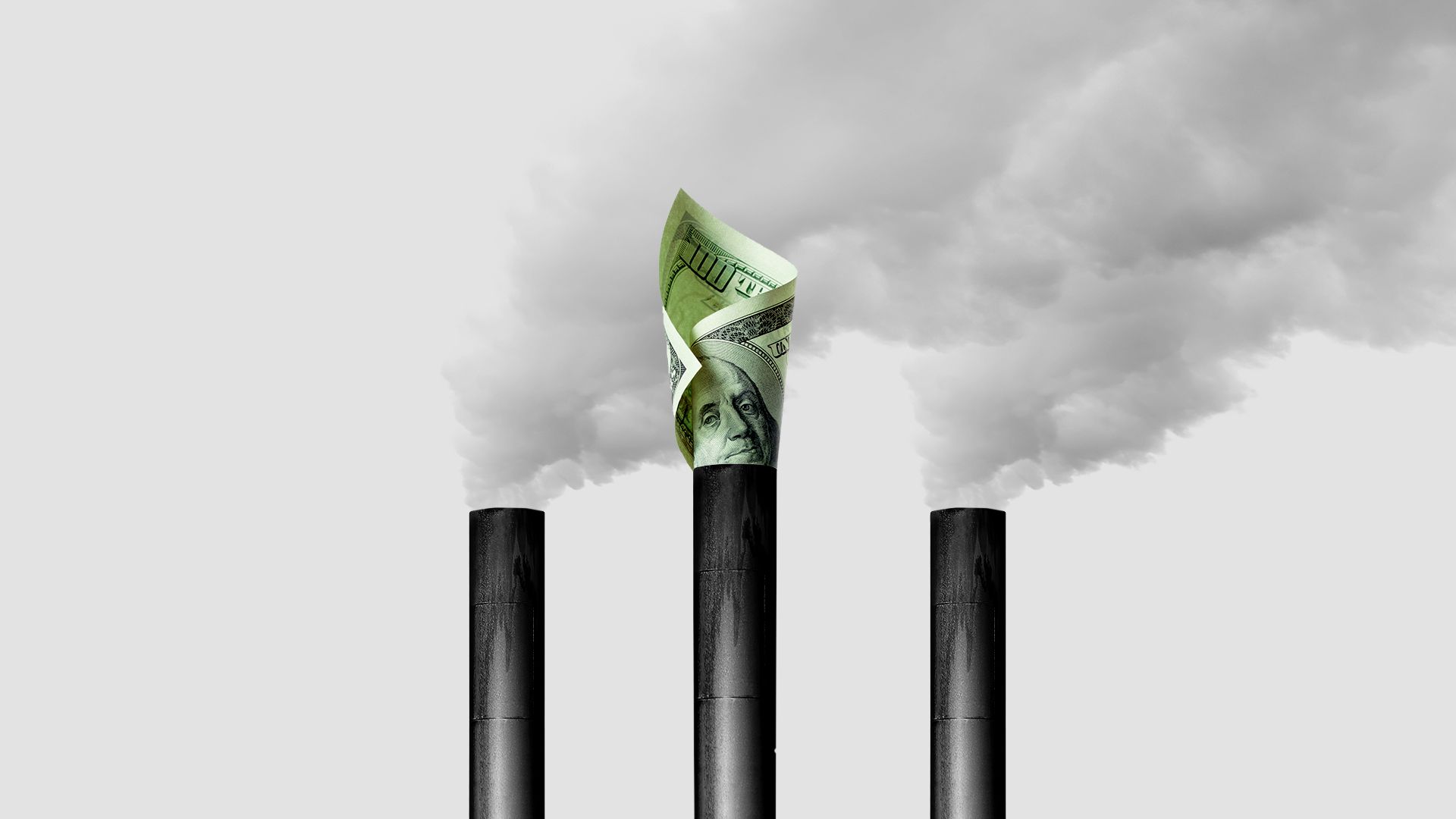 The Republican-aligned think tank whose February report suggested the Green New Deal could cost up to $93 trillion just released another study seeking to put price tags on the cost of drastically reducing greenhouse gas emissions in electricity and transforming the transportation sector, Axios' Amy Harder reports.

Driving the news: The report — by American Action Forum — estimates the GND could cost households more than $2,500 per year for electricity-related changes, while building a high-speed rail network would reach the trillions.

But, but, but: The group makes big assumptions, partly due to the fact that the GND is for now a vague set of aspirations, not actual policy.

Where it stands: The group is led by Douglas Holtz-Eakin, who was a top economic official in the George W. Bush administration.

Washington Gov. Jay Inslee, who's running for president on a climate-focused platform, signed a measure yesterday establishing a mandate to provide 100% carbon-free electricity by 2045 — making it the fourth state to do this, the Associated Press reports.

Details: The law requires a complete transition to zero-carbon electricity by 2045, and an end to the use of coal-fired power by 2025.

The big picture: "Washington now joins California, Hawaii, and New Mexico, which have all established either renewable energy mandates or clean energy mandates with the 2045 target," AP notes.

Crude oil: The Energy Information Administration's latest monthly outlook boosts their forecast for U.S. crude oil production next year to average nearly 13.4 mbd, which is almost 300,000 bpd higher than their prior estimate.

More oil: Per Bloomberg, "Saudi Aramco is weighing a potential investment in Norwegian oil company Equinor ASA’s U.S. shale operations in what could be the energy giant’s first ever overseas venture for gas exploration, according to people familiar with the matter."

Business: "Siemens AG said Tuesday it would combine its struggling power and gas unit and renewable energy businesses and spin off the new company to shareholders as part of a broader effort to streamline the venerable conglomerate and boost profits," the Wall Street Journal reports.

Arctic: Via Axios' Orion Rummler and Andrew Freedman, "The Arctic Council ministerial in Rovaniemi, Finland, ended on Tuesday without a ministerial declaration, due to U.S. objections over referencing climate change and the Paris Climate Agreement."