This site uses cookies to enhance your reading experience. By using this site, you consent to our use of cookies.Okay
Axios Cities
By Kim Hart

🌇 Welcome to Axios Cities. I'm Kim Hart, your tour guide through the issues transforming cities each Wednesday. Please send tips, feedback and urban legends to [email protected], or just reply to this email.

The American urban renaissance has been far from equal, and it's helping drive our politics off the rails.

The top 25 metro areas (out of a total of 384) accounted for more than half of the U.S.' $19.5 trillion GDP in 2017, according to an Axios analysis of data from the Bureau of Economic Analysis.

Why it matters: This winner-take-all dynamic has led to stark inequalities and rising tensions — both inside and outside city limits.

The big picture: Modern cities wield more power on the global stage than ever before, simultaneously serving as tech testbeds, policy pioneers and economic experiments.

But cities also sit at the crux of some deepening divides.

Struggling areas outside urban cores were key to President Trump's 2016 victory, and Trump has criticized some of the most successful U.S. cities — where voters largely rejected him — as decaying hubs of crime, homelessness and filth.

The tech industry, confronting its own winner-take-all backlash, is often the scapegoat for gentrification and out-of-control costs of living in superstar cities — particularly in the San Francisco Bay Area and Seattle.

Yes, but: Only a handful of places have reaped the benefits of the tech boom. Even Amazon's HQ2 went to top-tier locales, despite more than 200 applicants from all corners of the country.

The bottom line: Economic opportunity for most Americans increasingly hinges on one factor: where you live.

As young Americans stream to coastal cities, immigrants are seizing opportunities in the Midwest and the South where midsized cities are struggling to maintain a younger, working-age population.

Why it matters: From 2014 to 2017, immigrants contributed nearly 33% of the total population growth in the top 100 U.S. metro areas — and they're settling in smaller cities that aren't typically considered immigration hubs, according to new research from New American Economy.

What's happening: Many of the top destinations are grappling with a demographic double whammy: a growing aging population on one hand, and a dwindling young population on the other.

The big picture: Immigration is a national flashpoint right now, with controversies around poor conditions in detention centers along the Mexican border and political fights over whether the 2020 Census will include a citizenship question.

News deserts that have been spreading across rural America are creeping toward small- and medium-sized cities, Axios' Sara Fischer writes.

Why it matters: For decades, newspapers have served as a powerful check on the power of local municipalities. In their absence, city governments are becoming less efficient and fewer politicians want to run for local office.

Driving the news: The closure of The Vindicator, 150-year-old local newspaper for Youngstown, Ohio, has led to fears that many similar small- and medium-sized city newspapers around the country will soon face a similar fate.

Papers still in business are scaling back: The Chicago Defender, a paper published for the city's black community since 1905, is ending print publication this week.

Be smart: Academics have found that without the critical government oversight facilitated by newspapers, city municipalities are wasting millions of taxpayer dollars and are becoming less efficient.

The bottom line: The watchdogs that have kept municipal governments accountable and productive for more than a century are disappearing.

How NYC's skyline is changing to give the wealthy a better view (Sergio Pecanha, NYT)

5. Why China is pulling ahead on building smart cities

Why it matters: China's smart cities signal the country's strengths not only in technology and infrastructure, but in implementation.

Details: In Canada and the U.S., smart cities face obstacles including skepticism of Big Tech, privacy concerns, outdated infrastructure and the difficulty of aligning stakeholders.

The bottom line: When it comes to building smart city infrastructure, China is at a clear advantage, as many of North America’s greatest obstacles are irrelevant for the Chinese government.

Uber Copter now offers the option to fly above rush-hour traffic between lower Manhattan and JFK International Airport on weekdays.

The bottom line: This isn't for average travelers. For now, the first aerial ride-share program is for Platinum and Diamond Uber Rewards members only. If it's successful, Uber Copter may expand to other cities and customers.

Bonus: You are the traffic

Even RuPaul is sick of all the cars on the road. 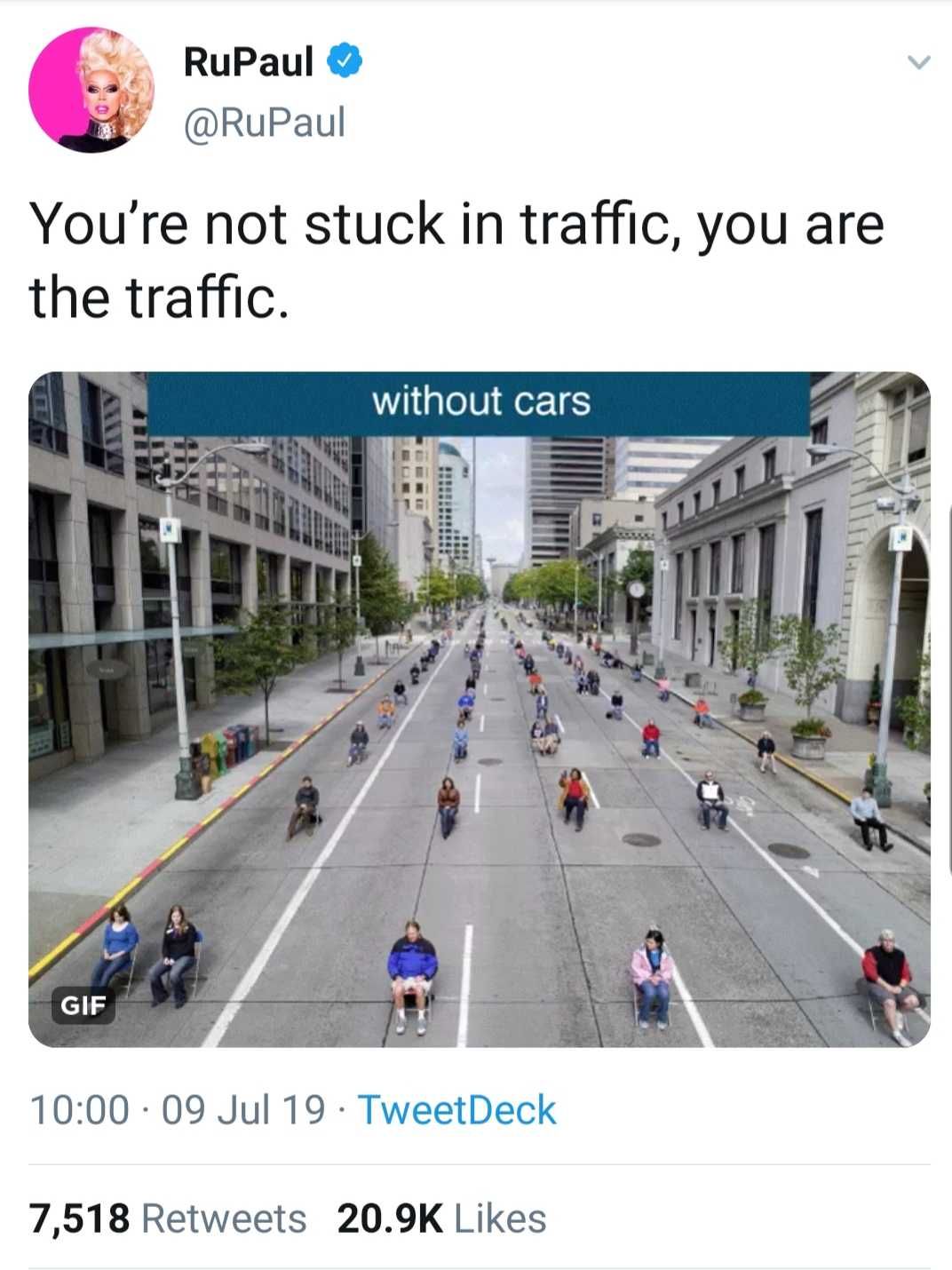 Thanks for reading! See you next week.