While debate rages about how to fight climate change, the impacts that rising temperatures have already locked in are getting worse, Axios' Amy Harder writes.

Rising sea levels will threaten 40 million more people — three times that of previous estimates — over the next 30 years, according to research published last week by the journal Nature.

What we’re watching: Strauss hopes that this research galvanizes cities to better prepare for rising seas that are inevitably coming, but also provides momentum to cut emissions to limit the worst impacts by the end of this century. 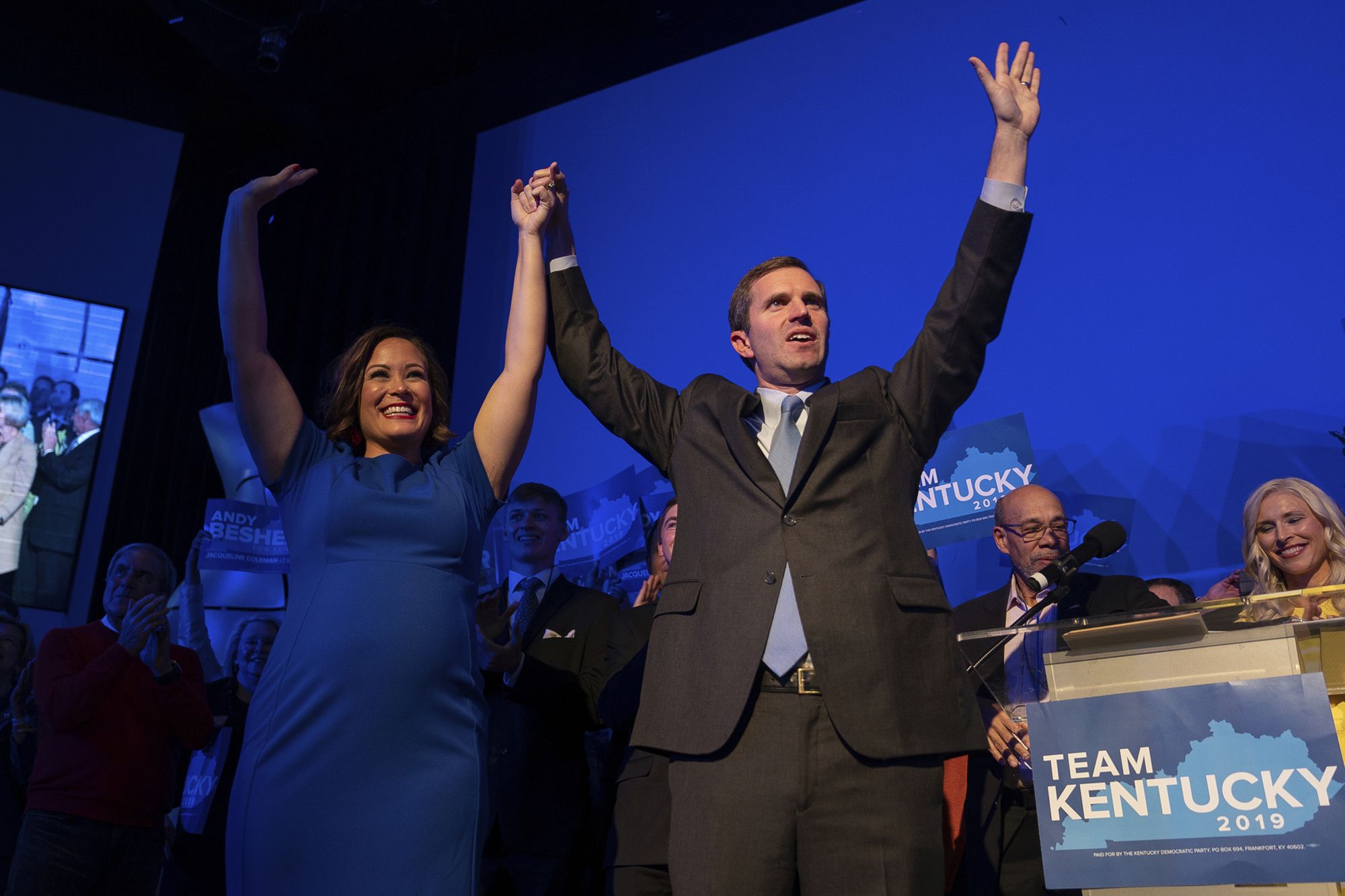 In an upset in the Kentucky governor's race, Democratic challenger Andy Beshear declared victory over Republican incumbent Matt Bevin, who refused to concede but lagged, 49.2% to 48.8%, with 100% of the vote in.

Behind the scenes: Senior officials at the White House and Republican Governors Association thought Bevin would win, but nobody who was studying the race closely felt overly confident about that outcome, Axios' Jonathan Swan reports.

Trump said at a Kentucky rally on election eve: "[I]f you lose, they’re going to say, Trump suffered the greatest defeat in the history of the world."

Between the lines: Indeed, polling shows Bevin is the most unpopular governor in America, and other Kentucky results were solid for Republicans.

The takeaway: Former Ohio Gov. John Kasich (R) said on CNN that Beshear is a sign to Democrats nationally not to embrace plans like the Medicare for All and the Green New Deal, but to appeal to the middle and win as a moderate.

3. Virginia: From red to purple to officially blue 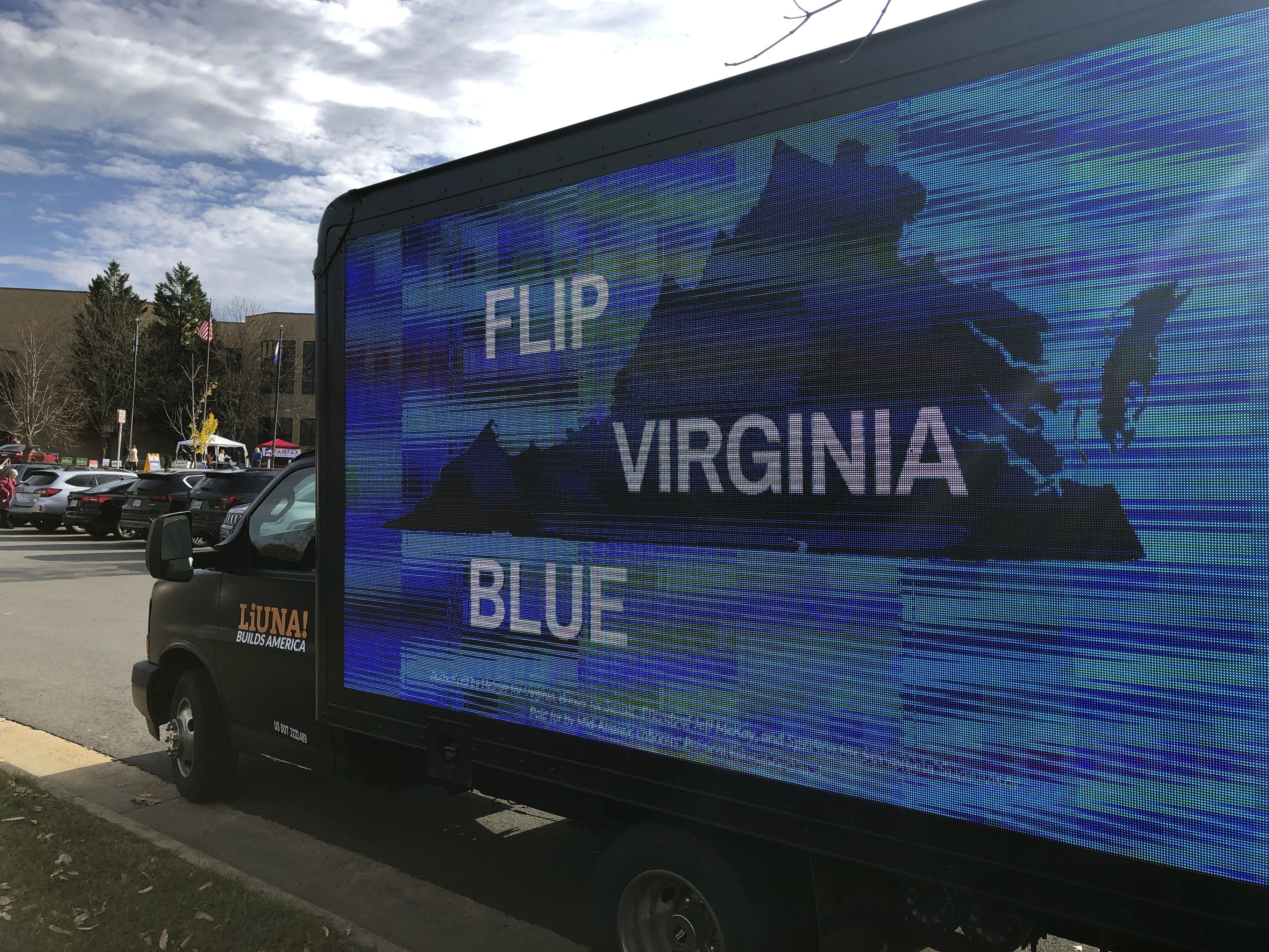 A mobile billboard outside the polling place at Centreville High School in Clifton, in Fairfax County. Photo: Matthew Barakat/AP

Virginia, where Democrats will control both legislative chambers and the governor's mansion for the first time in 26 years (since 1993), was a different story. Virginia Democrats flipped control of the state Senate and House of Delegates, gaining outright control of state government in a former battleground state that has quickly gone from red to purple to blue. 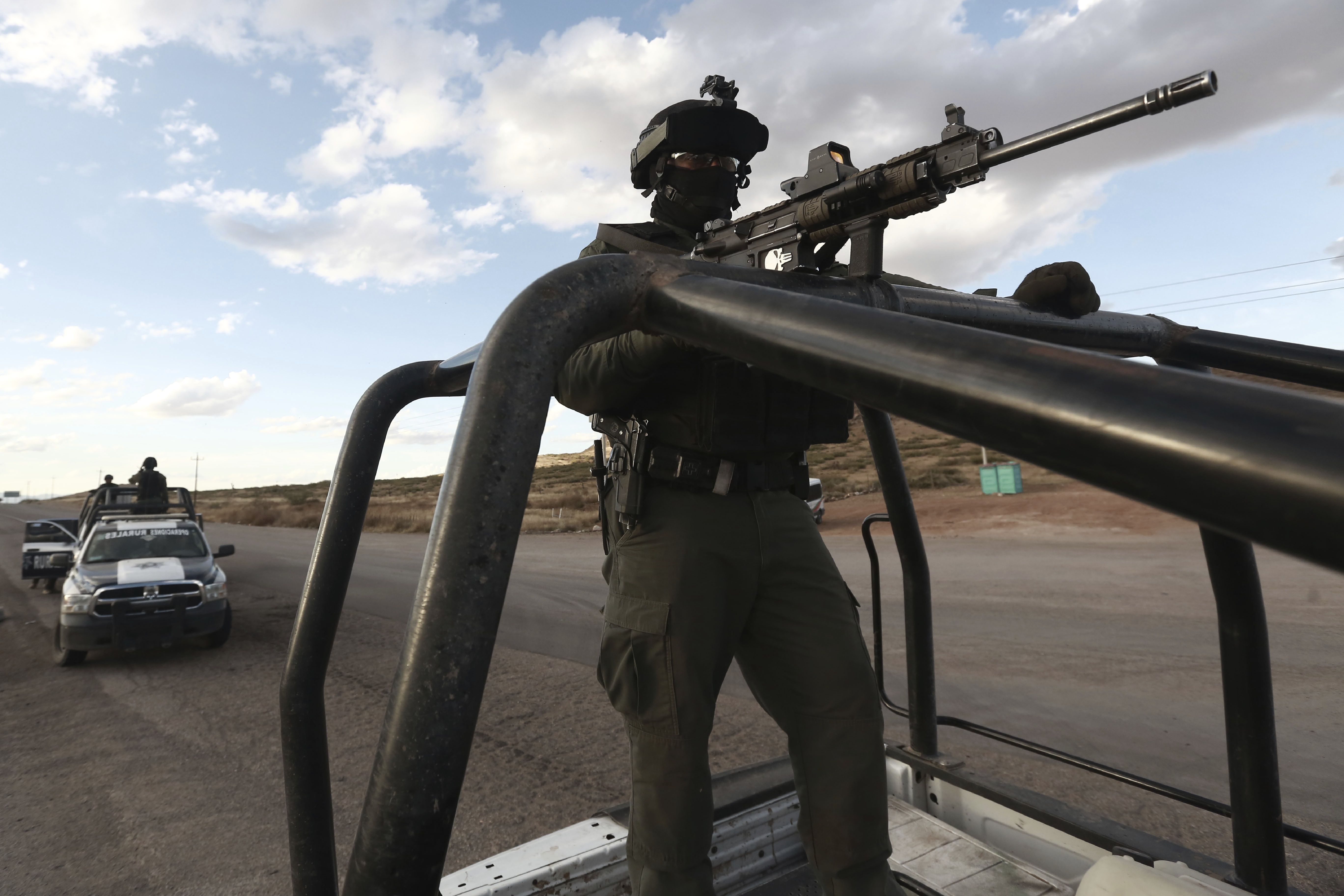 The eight children, some mere infants, who survived an ambush in northern Mexico not only escaped the drug cartel gunmen who killed their mothers but managed to hide in the brush, with some walking miles to get help despite grisly bullet wounds, AP reports.

What happened: The gunmen ambushed three SUVs along a dirt road, slaughtering six children (including 8-month-old twins) and three women.

5. ⚖️ Breaking: Coming testimony on politics in the foreign service 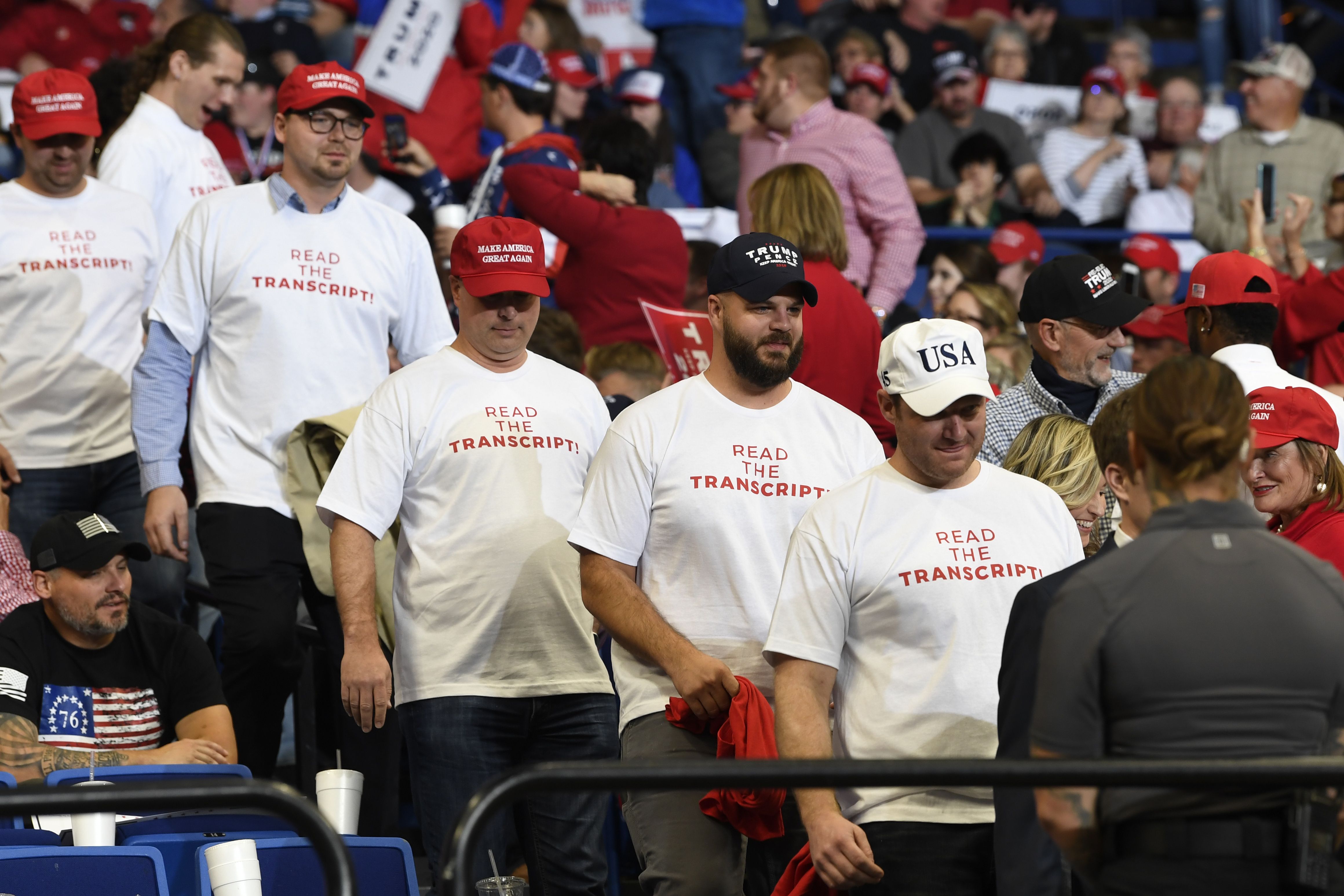 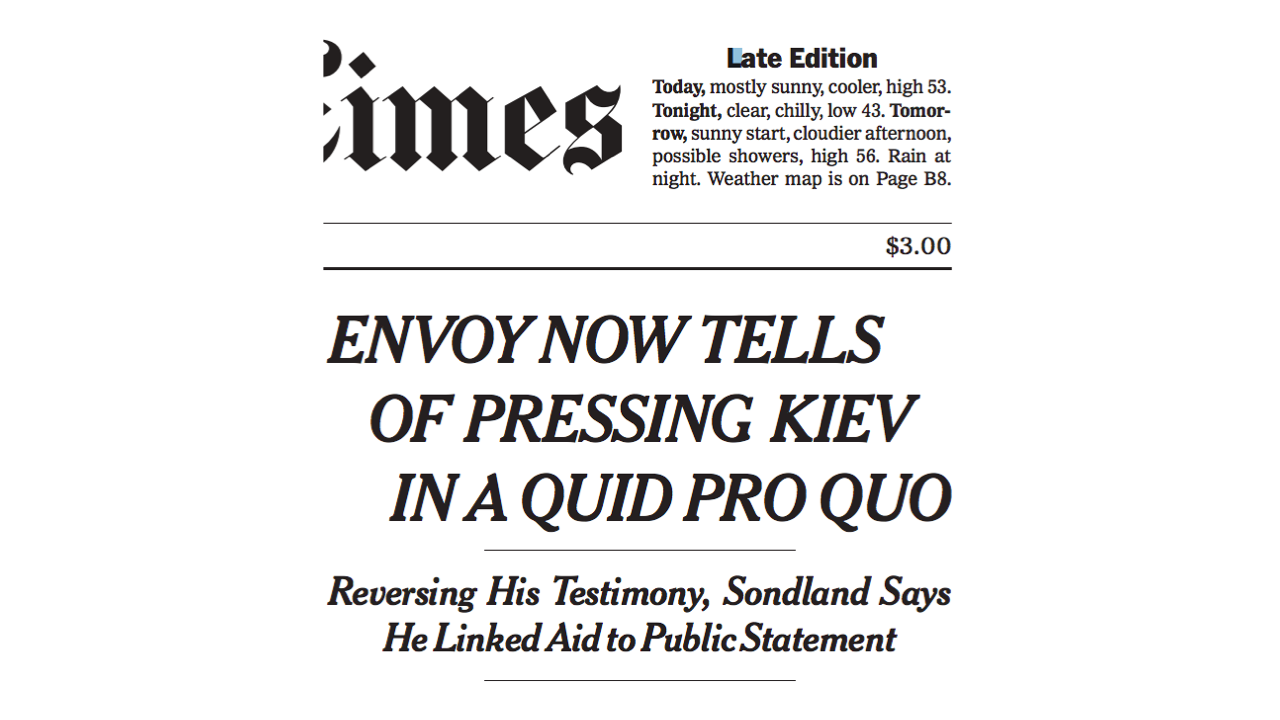 Gordon Sondland, the U.S. ambassador to the European Union, "reversed himself this week and acknowledged to investigators that he had told a top Ukrainian official that the country would most likely have to give President Trump what he wanted ... in order to unlock military aid," the N.Y. Times' Mike Schmidt reports.

The College Board, which owns the SAT, is using the standardized test as "the foundation for another business: selling test-takers' names and personal information to universities," writes the Wall Street Journal's Douglas Belkin (subscription).

Juul's mint flavor has become the most popular e-cigarette flavor for teens in 12th and 10th grades and the second most popular in 8th grade, according to an NIH-funded study published in JAMA.

Softbank said it lost $4.7 billion on its investment in WeWork, marking down the office-sharing startup's value to $7.8 billion from a $47 billion pre-IPO valuation, reports the Wall Street Journal (subscription).

The Bookworm, a center of literary life in Beijing and a refuge for expats, will close, "unable to renew its lease amid crackdown on 'illegal structures,''' reports Hong Kong's South China Morning Post.

Evan Osnos of The New Yorker — whose book, "Age of Ambition: Chasing Fortune, Truth, and Faith in the New China," was based on eight years of living in Beijing — told me the closing is sad:

A true institution, and I mean that in every sense. It was a place where writing and truth-telling was celebrated. I can think of a half-dozen times I interviewed someone there, or was interviewed there. I stopped in there most recently a few weeks ago when I was in town, and I actually thought to myself, well, it's a good sign that it's still here, and books are on the shelves. I spoke too soon. A bad sign of the times.

Why it matters: "[T]he Swiss investment firm UBS predicts growth of plant-based protein and meat alternatives will increase from $4.6 billion in 2018 to $85 billion by 2030."