Situational awareness: Don McGahn "departed as White House counsel on Wednesday, ending a tumultuous 21-month tenure during which he spearheaded some of President Trump’s most significant political accomplishments, including two appointments to the Supreme Court, but also became a chief witness against him in the special counsel investigation." (N.Y. Times)

1 big thing: A private prod to the Saudis

Why this matters: Defending the Saudis is becoming less tenable for Trump by the day, as a flood of reporting supports that Khashoggi was gruesomely murdered inside the Saudi consulate in Istanbul.

Our thought bubble: Despite the all-smiles photos, it seems like Pompeo had a fairly tense conversation with MBS.

Be smart: It’s very likely MBS will find some scapegoats, and claim he knew nothing. And Trump’s public signals have suggested he’s eager to accept Saudi denials, and try to move back to business as usual. The Washington Post today devotes a full page to Jamal Khashoggi's last column before his disappearance:

Covering the coverage ... Vanity Fair's Joe Pompeo: The Post "finds itself at the center of a dizzyingly complex international crisis that it is both covering and mourning in real time."

Democratic candidates running for Congress this year have raised more than $1 billion, while Republicans took in $709 million through September, according to a Washington Post analysis by Michelle Ye Hee Lee and Anu Narayanswamy.

"The $1.06 billion raised through the end of September surpasses the nearly $900 million collected by Republican candidates for Congress in 2012 — previously the largest haul registered by a single party by this point in the election cycle."

N.Y. Times Quote of the Day ... Marco Bealieu, 29, who waited with friends outside a cannabis retailer in Montreal:

Facebook has stepped up its efforts to assure a wary Washington that it can protect elections, Axios' David McCabe writes.

The company held briefings for House and Senate staff members at the end of September. A spokesperson added that it had met one-on-one with  "hundreds of Congressional offices to discuss election integrity and ads transparency."

The issue of election security was on the agenda at four events the social giant held at its downtown Washington office over the past two months for the association of Senate press secretaries, congressional staff members, political operatives and outside groups. Be smart: "Uber’s privacy stands out even in contrast to other cash-burning technology companies that are tapping credit markets." 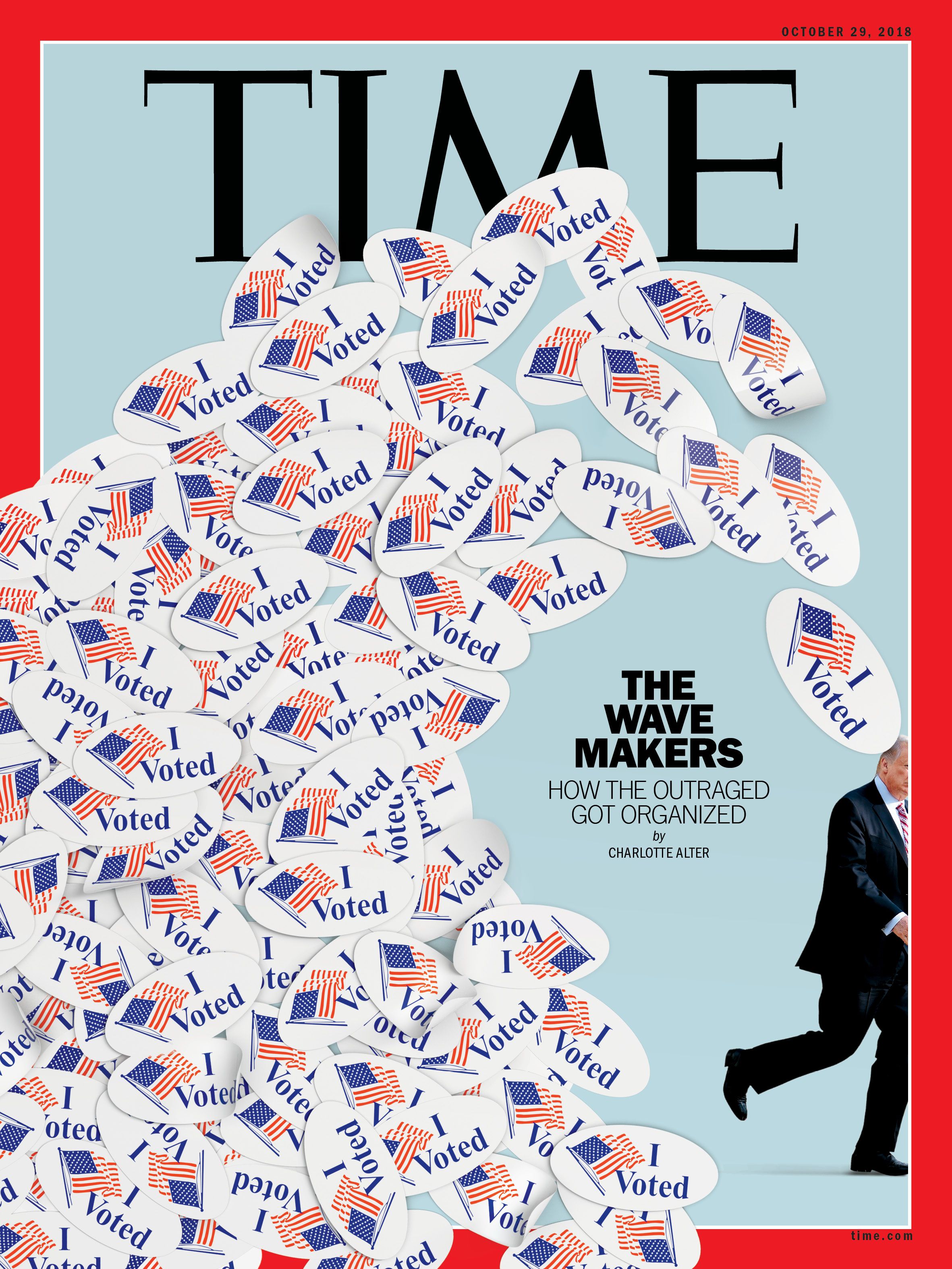 If Democrats retake one or both houses of Congress, it'll be partly because of
an "emerging national network of progressive organizers ... nominating a historic number of women and people of color and repopulating state and local races with energetic young candidates," TIME's Charlotte Alter writes.

Be smart: "Strategists say this new political landscape is likely to favor a surprise contender over the D.C. creatures who have been plotting a run for years."

9. "A delighted incredulity when faced with the modern world" In a profile by Taffy Brodesser-Akner on the cover of this weekend's New York Times Magazine, actress and comedienne Melissa McCarthy is indoor skydiving while talking about "trying to keep comedy alive at a moment when Hollywood — and its audience — can’t seem to crack a smile":

"You Want 20% for Handing Me a Muffin? The Awkward Etiquette of iPad Tipping ... Countertop payment tablets turn gratuities into a public ordeal; ‘It guilts you into it'" ... Wall Street Journal A-hed by Jennifer Levitz:

Square has built "a dual-screen register that doesn’t need to be flipped around."