The Republican base is fired up by impeachment: It’s driving fundraising to pro-Trump groups, which pump that money back into ads to get the base even more fired up.

Trying to take the offensive on what could be a devastating issue, the H0use GOP yesterday issued a 110-page prebuttal (spoiler: Trump did nothing wrong) to the Democrats' impeachment report — which comes out today.

The ads are timed to pick up after a run of similar anti-impeachment ads from another pro-Trump group, American Action Network.

The 30-second America First spots, which will drop on Facebook, via text, in newspapers and on TV over the next two weeks, are nearly identical to ads the group spent $1 million on in October.

Editor’s note: This story has been corrected to show that 27 Democratic lawmakers are being targeted, not 28. 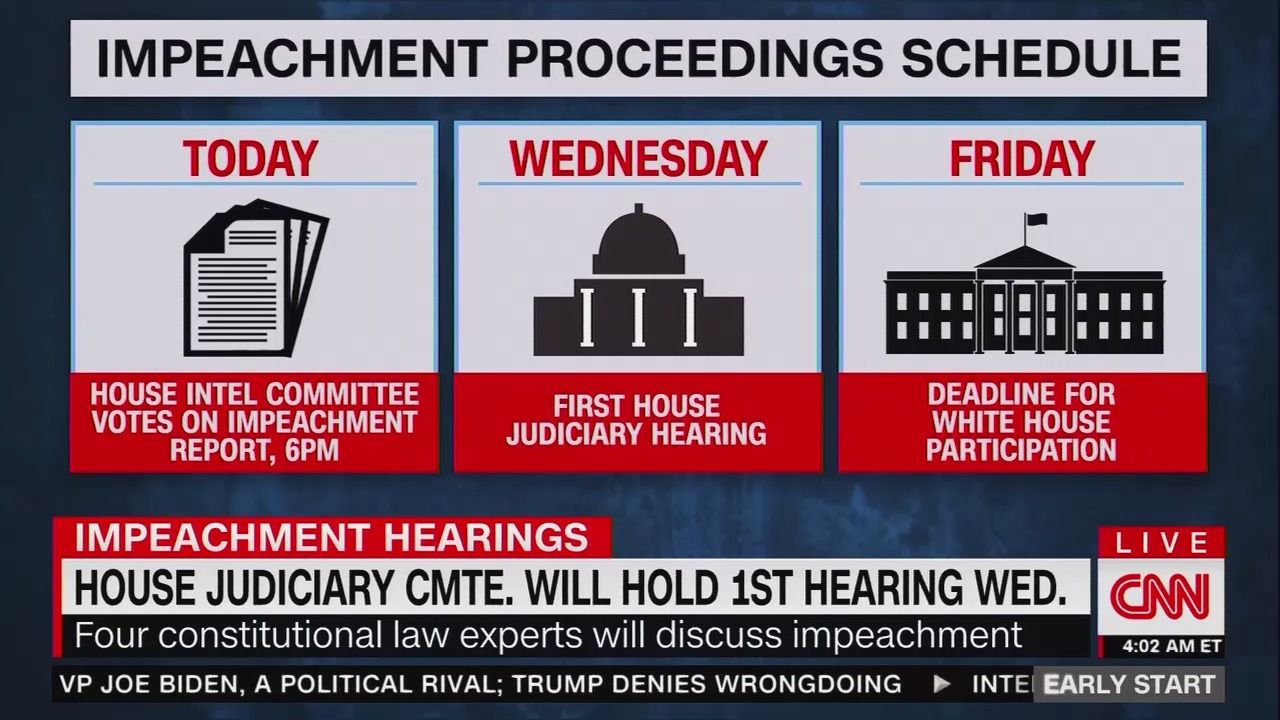 "House Democrats are debating whether to expand articles of impeachment to include charges beyond [Ukraine], setting up a potential internal clash as the party races to impeach President Trump by Christmastime," the WashPost's Rachael Bade reports.

The intrigue: "The idea ... is running into resistance from some moderate Democrats wary of impeachment blowback in their GOP-leaning districts."

Democratic candidates have spent the last few weeks hosting intimate conversations with black men — mostly in South Carolina — tapping into how these voters think and feel about the 2020 election, Alexi McCammond reports.

Joe Biden and Sen. Elizabeth Warren have mostly continued to engage black female and male voters as one bloc.

"Chinese scientists are trying to find a way to use a DNA sample to create an image of a person’s face," the N.Y. Times reports.

Why it matters, from the Times: "[G]iven the crackdown in Xinjiang, experts on ethics in science worry that China is building a tool that could be used to justify and intensify racial profiling and other state discrimination against Uighurs." 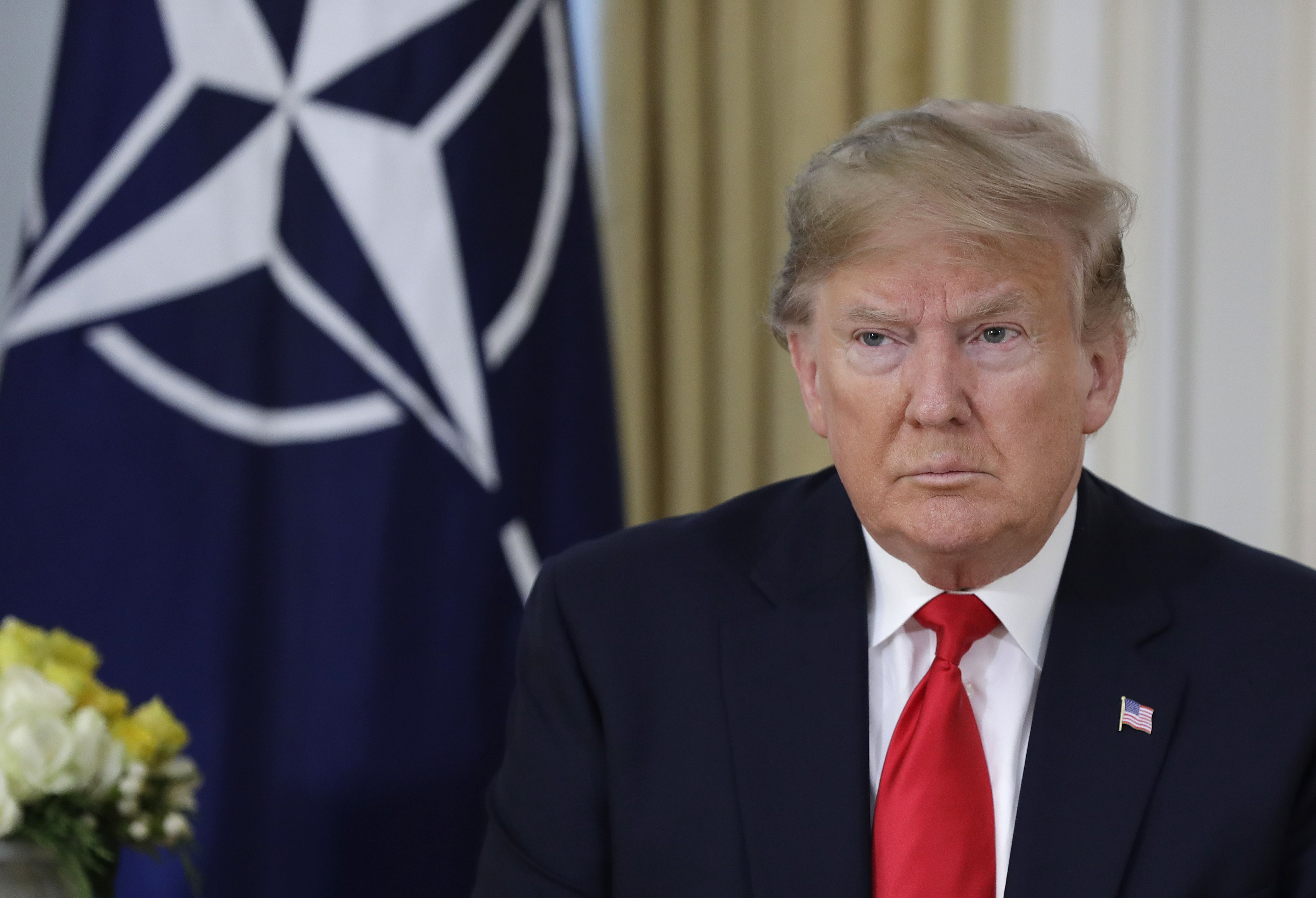 With North Korea's Kim Jong-un ramping up launches, President Trump — no longer smitten by the "beautiful" letters the dictator sent him — today revived his old nickname during a presser in London, where he's at a NATO summit.

Why it matters: "The move to revive trade tensions over metals caught many observers off guard, as the U.S. has been making conciliatory moves on other trade fronts."

Facebook is sticking with advertising at scale as its business model for the foreseeable future, Sara Fischer writes:

The big picture: Facebook created its massive business by handing out a free social network and monetizing it through ads.

Between the lines: In order for Facebook to maintain its revenue growth rate, especially through a possible recession, it needs to quickly expand its market through free products.

8. Choose your own climate adventure 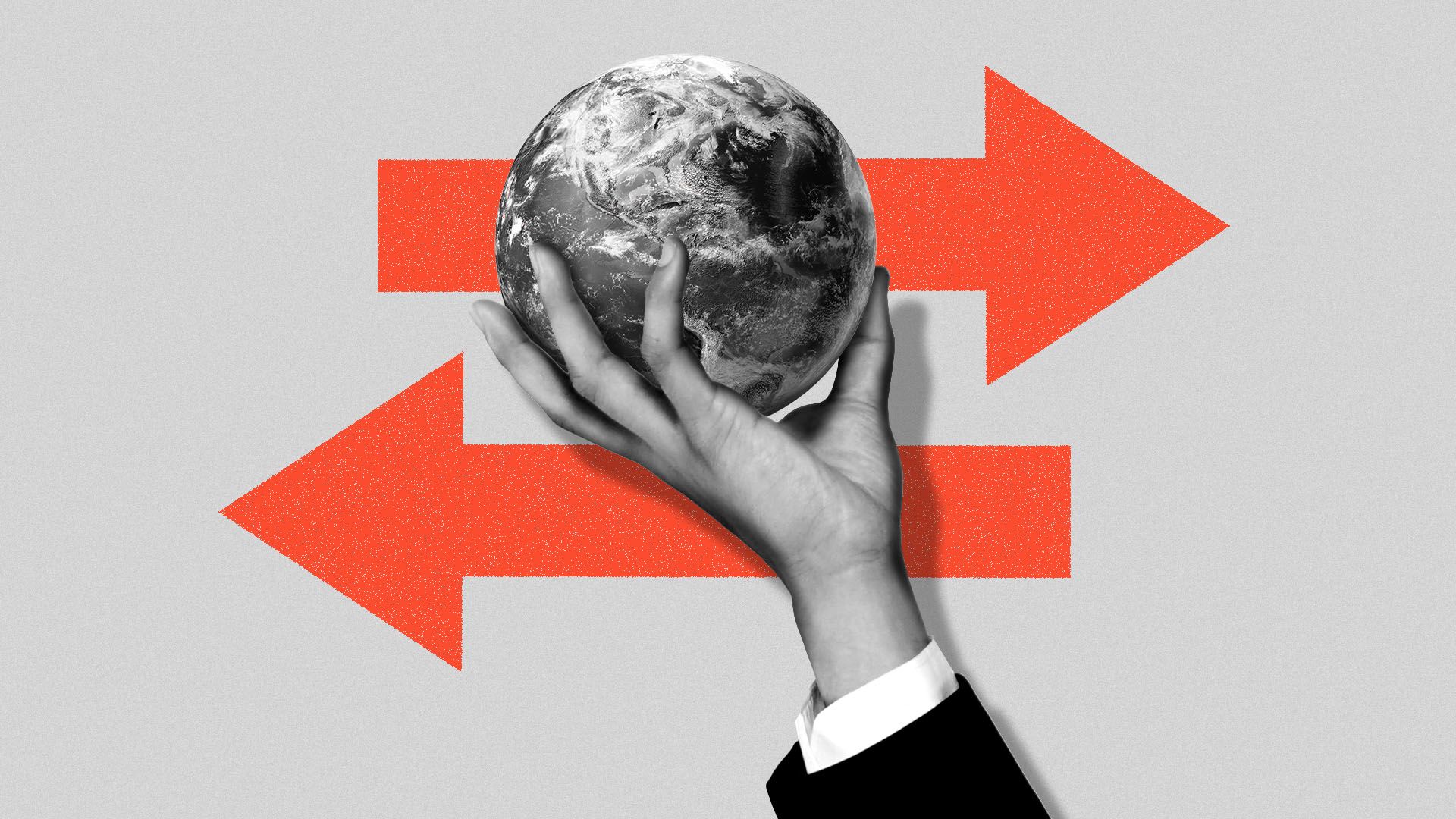 A new simulator out today empowers readers to choose their own adventure when it comes to tackling climate change, Naema Ahmed and Amy Harder write.

Try the simulator: Answer nine questions on everything from carbon dioxide prices to land management.

Education tops the list of causes Americans have supported, followed by human services and health, according to an Axios-SurveyMonkey poll on philanthropy that breaks down the most popular charitable giving causes, Jessie Li writes.

"Once an afterthought, the humble water bottle has emerged as a designer product — the 'it' accessory of the moment," the Boston Globe's Dugan Arnett writes.

📬Thanks for reading! Please tell a friend about AM/PM.