🏒 Pucks drop tonight as the 82-game NHL season begins. In D.C., the reigning Stanley Cup champion Capitals will raise their banner before playing the Boston Bruins.

President Trump is increasingly fantasizing in public and private about his 2020 campaign, using midterm rallies to talk as excitedly about his own re-election in 2020 as he does about the 2018 races that are just 34 days away.

A former aide told us: "The greatest moment in Donald Trump’s life was when Hillary Clinton called and conceded the 2016 election. Nothing about actually being the president has ever lived up to that."

Behind the scenes, Jonathan Swan reports, Trump has been talking quite a bit about 2020 — not in terms of strategy or tactics, but in a disorganized, riffing way, based on whatever or whomever is in the news.

Swan reports that if Trump is worried about any candidate in particular, it's not apparent to sources close to him.

Shot: At his rally in Mississippi last night, "Trump for the first time directly mocked Christine Blasey Ford's testimony, ... mocking her for not knowing the answers to questions such as how she had gotten to the high school party where she says Supreme Court nominee Brett Kavanaugh sexually assaulted her." (CNN)

"Michael R. Bloomberg, the billionaire former mayor of New York City who is considering a 2020 presidential campaign, will give $20 million to the main Democratic Senate super PAC this week," the WashPost's Bob Costa reports.

Be smart: A source tells Axios that Mayor Bloomberg intends to be the biggest digital spender in House races this cycle — an eight-figure spend across dozens of districts around the country that employs advanced targeting and multiple creative approaches.

Apple CEO Tim Cook told HBO's "Vice News Tonight" that it’s time for the government to regulate privacy, even though regulation will be shaped by a Congress that’s not particularly tech-savvy:

P.S. ... The International Conference of Data Protection and Privacy Commissioners (that's the international privacy regulators association) announced this morning that Cook will kick off the group's annual conference in Brussels on Oct. 24.

"After years of sluggish pay gains, the economy may be starting to work for America’s low-wage workers," AP's Christopher Rugaber reports:

6. First presidential wireless test will come to your phone today

Starting at 2:18 p.m. ET today, federal officials will run the first nationwide test of the wireless emergency alert system, using a type of alert that can only be sent by the president, and that consumers can't turn off, Axios' David McCabe reports:

The presidential alert will be received by all U.S. wireless users who have compatible phones that are turned on and connected to commercial networks run by the major wireless carriers. 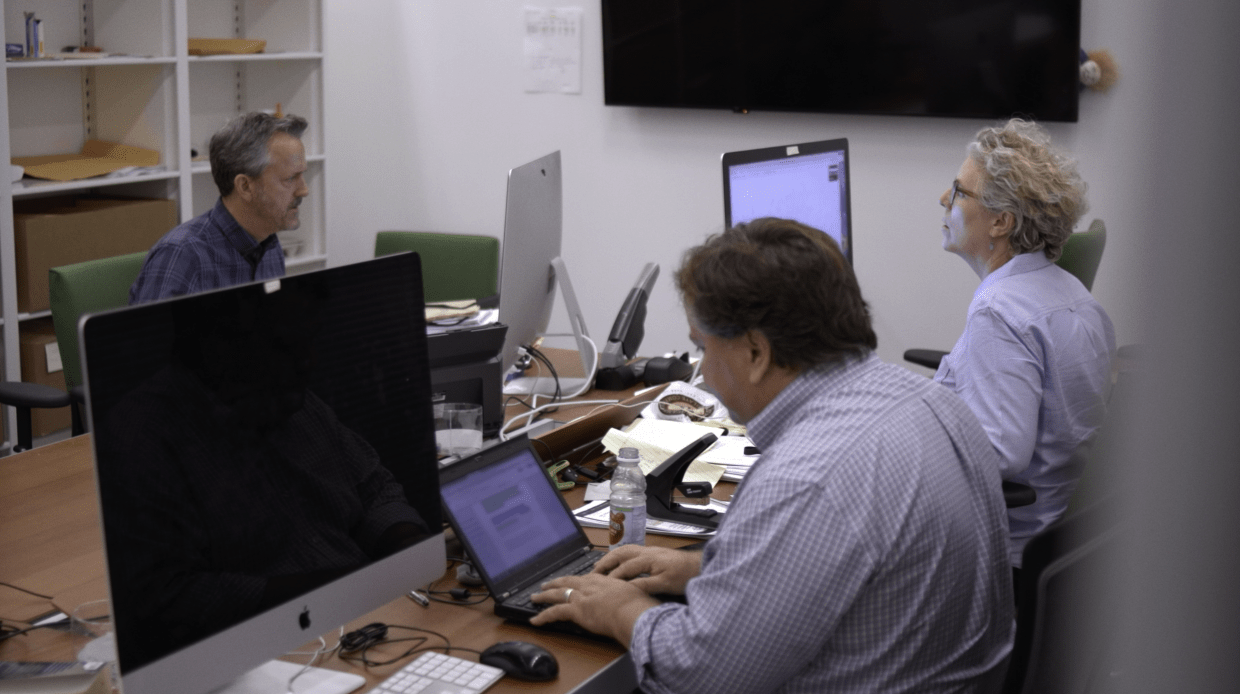 The N.Y. Times' 14,000-word investigation (eight pages in the paper!) of Trump family "tax dodges in the 1990s" draws on more than 100,000 pages of documents, including public records and "tens of thousands of pages of confidential records":

Susanne Craig, one of the three reporters, to MSNBC's Rachel Maddow, on how the president has described his financial journey

P.S. Showtime announced "The Family Business: Trump and Taxes," a short film about the story behind The Times' story, from the team that made the docuseries about paper, "The Fourth Estate."

For last year's Marjory Stoneman Douglas High School seniors, "still haunted by the sound of gunshots and screams of their classmates — the start of their college years represents ... a chance to move on," the WashPost's Moriah Balingit and Sarah Larimer report from Florida:

Context: More than 187,000 U.S. students have been exposed to gun violence at school since the Columbine massacre in 1999, The Post found in March.

Vanity Fair Editor-in-Chief Radhika Jones announces the 2018 New Establishment List, which "attempts to reconcile the revolutionary fluctuations in the zeitgeist, and contextualize them in a firmament, if only for a fleeting moment":

The Centers for Disease Control and Prevention found that 1 in 3 U.S. adults — about 85 million people — eat fast food on any given day, per AP:

Why it matters: "Health officials say too much high-calorie fast food can lead to obesity, diabetes, heart disease and other health problems."