Situational awareness: British papers say President Trump may avoid London during a 24-hour U.K. visit in July (Friday the 13th, the stories note) because of fears of mass protests. The Daily Mail cover blares: "TRUMP FACES LONDON BAN." The Daily Telegraph reports: "Trump is set to meet the Queen [at Balmoral or Windsor]. ... He is ... expected to [meet Prime Minister Theresa] May at Chequers, her countryside residence."

Quick take ... Eurasia Group's Ian Bremmer — author of "Us vs. Them: The Failure of Globalism," out this week — with his trademark punctuation:

Why it matters ... CFR President Richard Haass, author of "A World in Disarray," gives Axios AM readers his quick take on the summit:

P.S. "Summit of giants: Modi goes to China," by Axios' Erica Pandey: "Chinese President Xi Jinping and Indian Prime Minister Narendra Modi will have one big goal for their summit in Wuhan today: dial down the tensions in a relationship that's full of them." 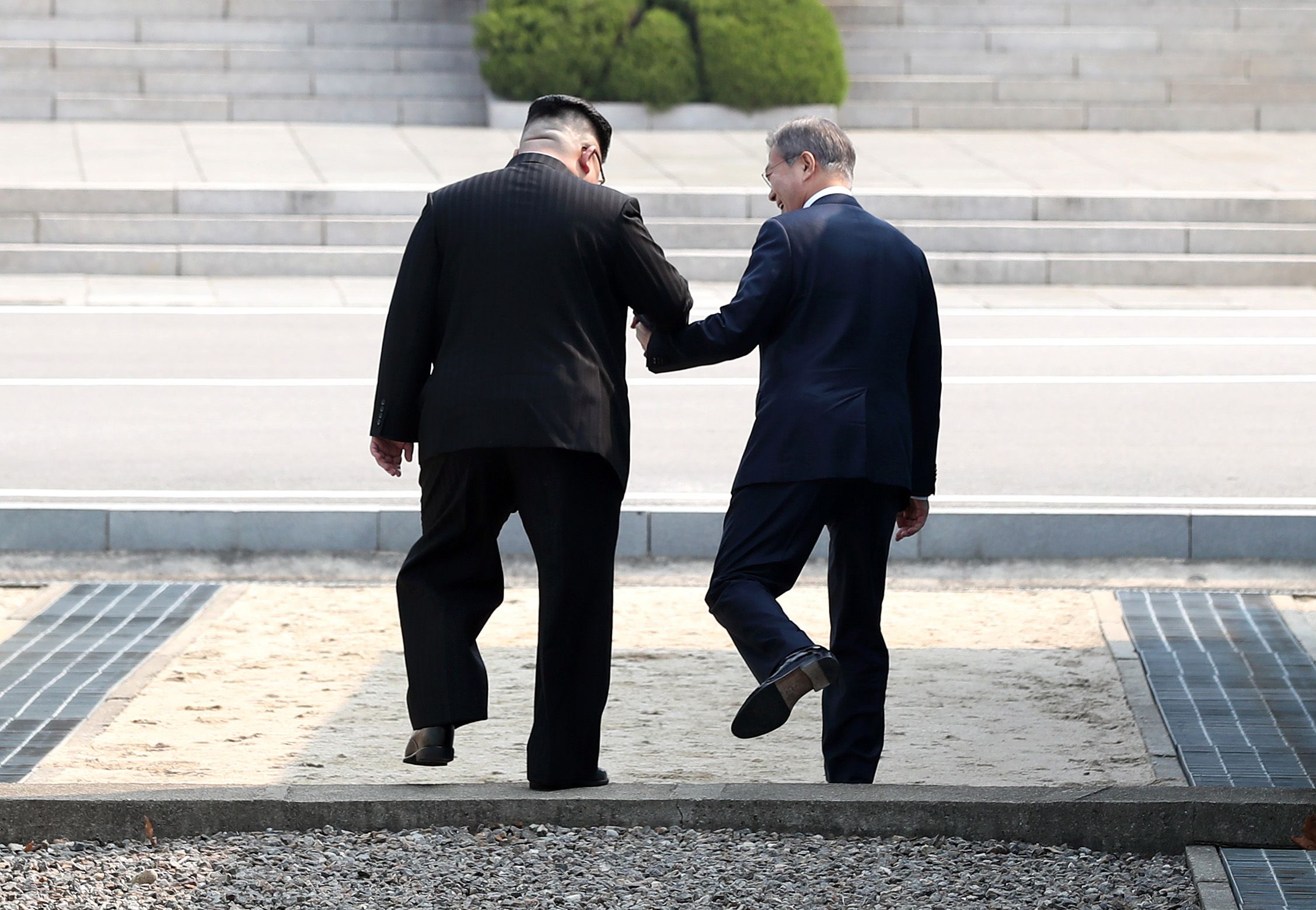 2. Behind the curtain: How Trump won a tough vote

When CIA Director Mike Pompeo won Senate confirmation as Secretary of State yesterday by 57-to-42, with seven votes to spare (and with seven votes from Democrats, five of them up for reelection), the much-needed victory for President Trump was the product of a campaign-style blitz involving as many as 30 aides.

Top operatives take Axios AM readers behind the curtain:

Pompeo is in Brussels this morning at a NATO summit: He headed to Andrews Air Force Base yesterday as soon as he was sworn in by Justice Sam Alito, a fellow Italian-American.

P.S. N.Y. Times A1, "For Many, Life on Team Trump Ends in a Crash," by Peter Baker and Maggie Haberman: "A ride on President Trump’s bullet train can be thrilling, but it is often a brutal journey that leaves some bloodied by the side of the tracks."

A jury in Montgomery County, in the Philly suburbs, "found Bill Cosby guilty of drugging and assaulting Andrea Constand, a verdict that delivered the first celebrity conviction of the #MeToo era," the Philadelphia Inquirer reports:

What's next ... "#MeToo leaders: Cosby’s conviction will bolster the movement." 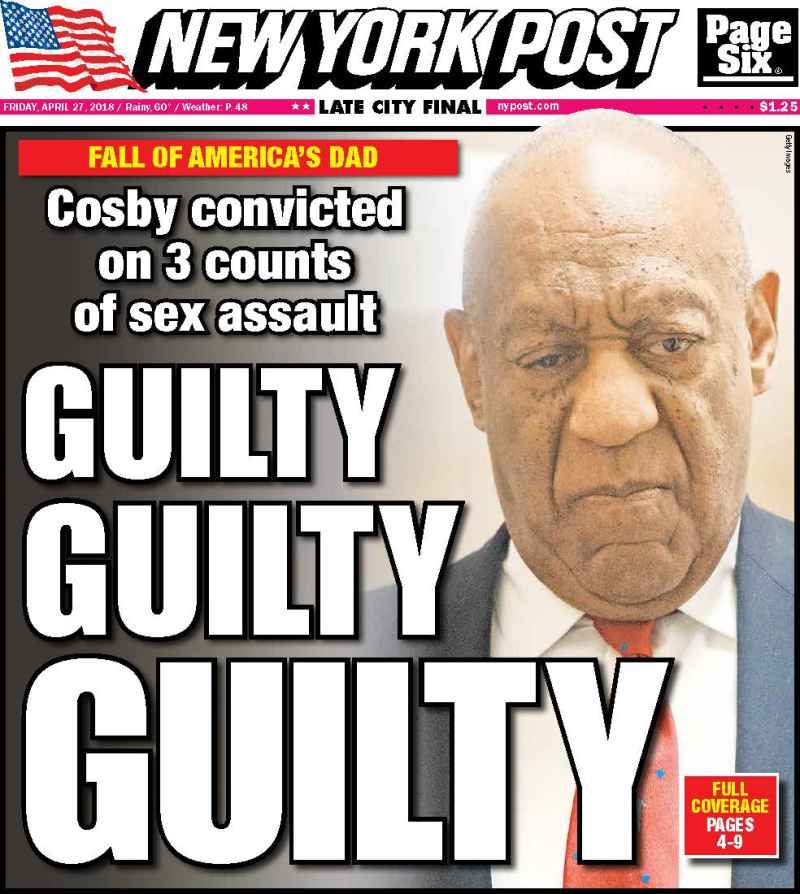 "NBC acted quickly to dismiss Matt Lauer, but it is facing a wave of internal and outside skepticism that it can reform a workplace in which powerful men such as Lauer were known to pursue sexual relationships with more junior women," the WashPost's Sarah Ellison reports on A1:

Another woman, who spoke on the condition of anonymity, also told The Post that Brokaw acted inappropriately toward her in the ’90s, when she was a young production assistant and he was an anchor. He said no such incident happened.

Sarah Sanders takes a question with two of her three children at a briefing for children of press and staff during Take Our Daughters and Sons to Work Day. 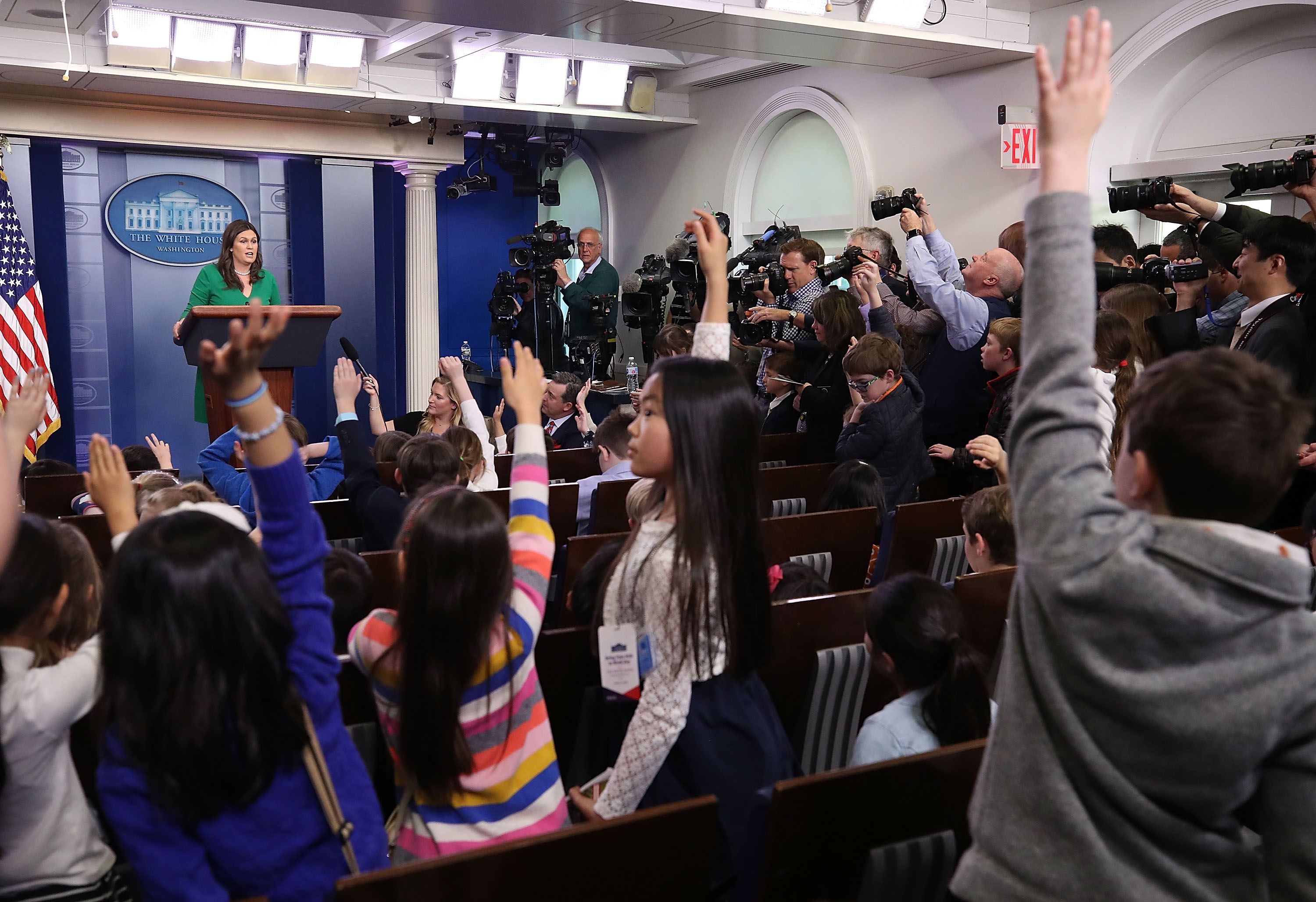 Facebook was used to being the cool kid. But now it’s eating lunch alone: Companies are trying to figure out how to be as un-Facebook-like as possible, Axios managing editor Kim Hart reports. 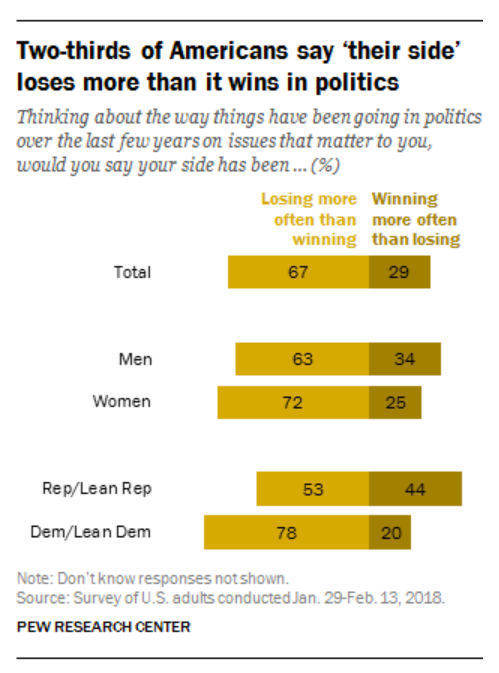 "The break that authorities said led them to the [Sacramento] man accused of being the Golden State Killer came when they linked DNA evidence from the slayings to genetic information contained on a consumer genealogical website," the L.A. Times reports:

"Bobby Kennedy’s life and transformation into a liberal hero is coming to Netflix in a new four-part documentary series available" today, per AP:

"What the Mona Lisa Tells Us About Art in the Instagram Era," by N.Y. Times' Scott Reyburn in Paris:

Thanks for reading. See you all day in the Axios stream.