❄️ Good Wednesday morning from Washington, where federal offices are closed because of a snow forecast.

Why it matters: Despite that lineup, today's Democratic Party is actually dominated by youthful energy.

The big picture: The party is suffering from what Democratic strategist Doug Sosnik calls the "barbell effect."

And we rarely elect oldsters: Since 1828, only three Democratic presidents have been in their 60s when inaugurated — and none came close to Sanders, who would be 79 if elected in 2020.

Be smart: If a 70-something is elected as president, it’s not going to stymie the grassroots generation of the Democratic Party. But it will throttle some of the younger activists' energy. 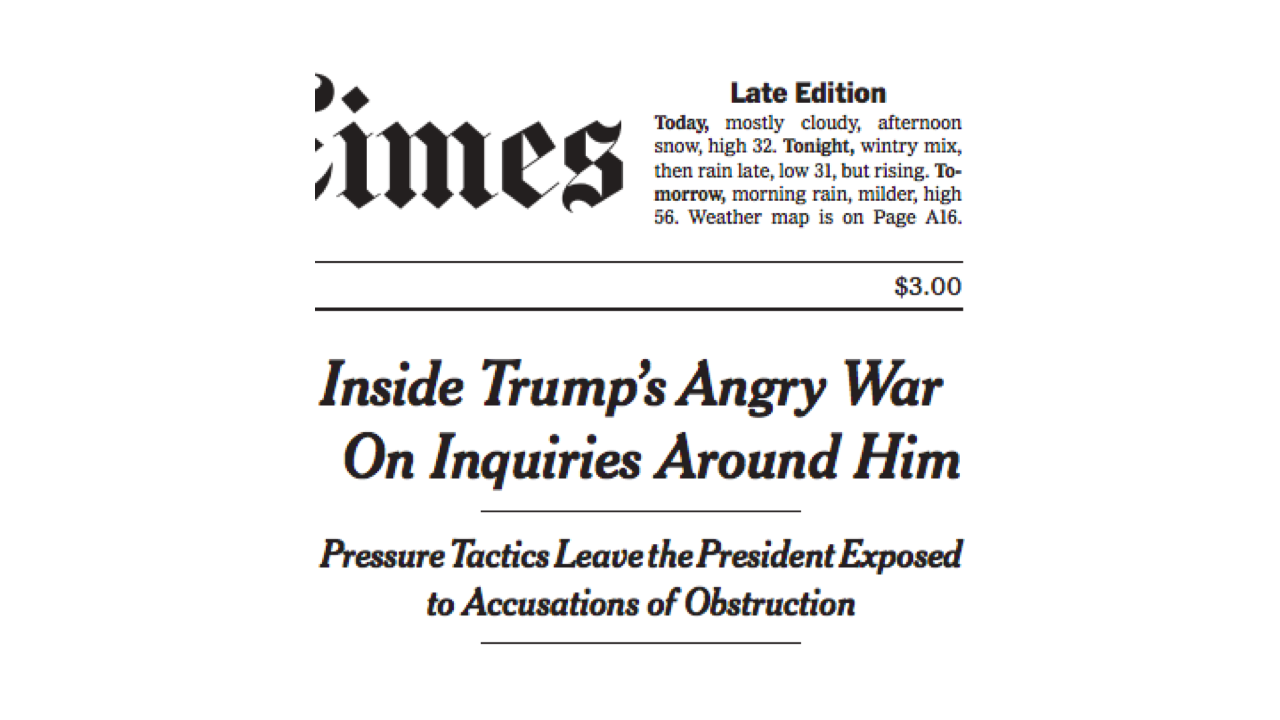 President Trump "has attacked the law enforcement apparatus of his own government like no other president in history, and ... has turned the effort into an obsession," the N.Y. Times' Mark Mazzetti, Maggie Haberman, Nicholas Fandos and Mike Schmidt report in a for-history tour de force:

In jettisoning his previous legal team — which had counseled that Mr. Trump should cooperate with the investigation — the president decided to combine a legal strategy with a public relations campaign in an aggressive effort to undermine the credibility of both Mr. Mueller and the Justice Department.

Mr. Mueller was unlikely to indict Mr. Trump, the president’s advisers believed, so the real danger to his presidency was impeachment — a political act that Congress would probably carry out only with broad public support. If Mr. Mueller’s investigation could be discredited, then impeachment might be less likely.

Trump's lawyers add what The Times calls "this novel response": 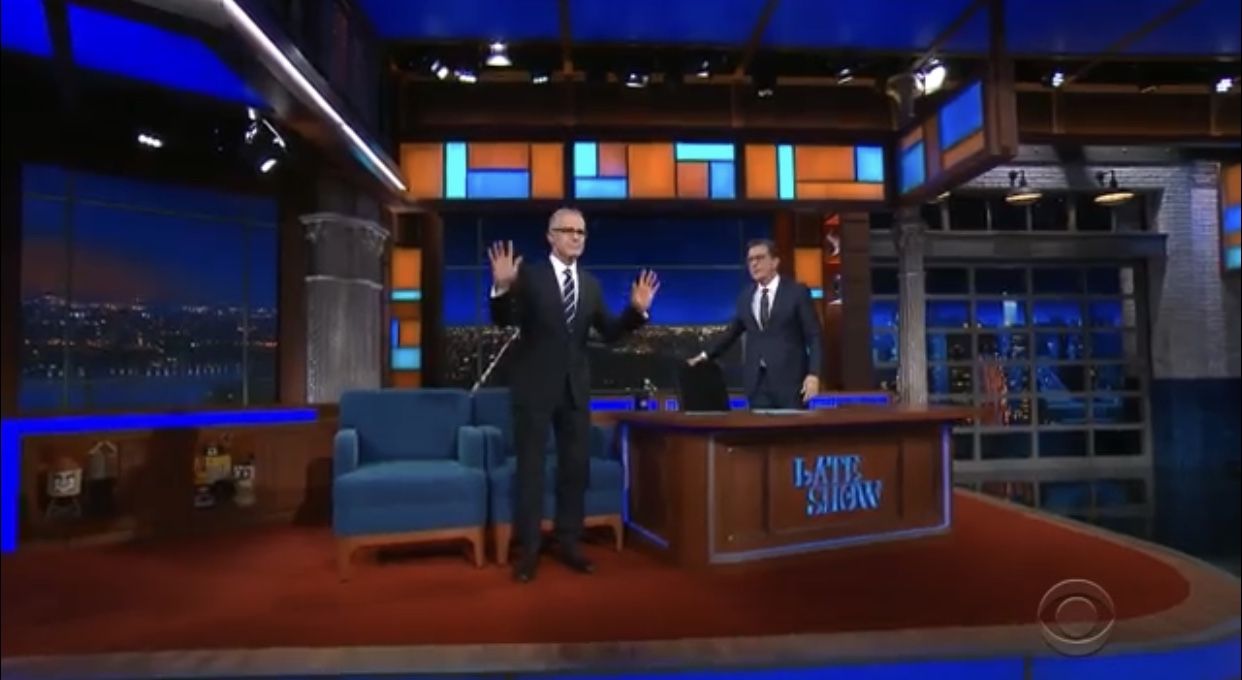 The part they’ll trumpet as true: McCabe’s comments about discussions, at the highest rungs of the FBI, about removing Trump from office. 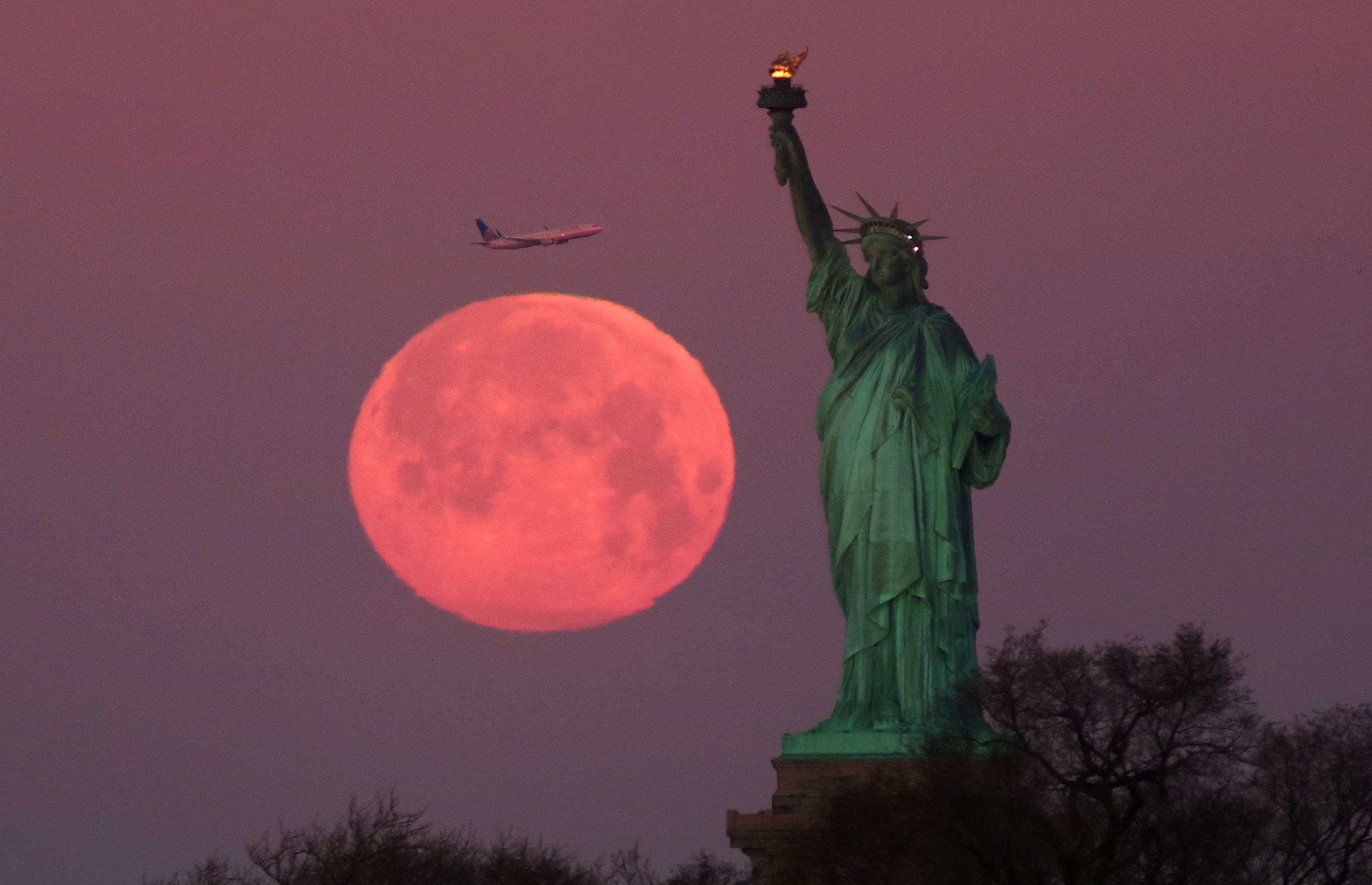 A "super snow moon," a full moon that's expected to be the brightest supermoon of 2019, dazzled New York yesterday.

With their second summit a week away, speculation is growing that President Trump may give Kim Jong Un something he desperately wants: an announcement of a formal end to the Korean War, AP's Eric Talmadge reports:

The context: "Though the shooting stopped in 1953, the conflict ended with an armistice, essentially a ceasefire ... [B]oth sides instead settled ever deeper into Cold War hostilities ... The conflict in Korea is technically America’s longest war."

For the first time, the ability to understand the impact of technology and explain it to the American voter isn’t something that sets a Democratic presidential aspirant apart — it's expected, Axios' David McCabe writes:

For decades, Democratic presidential candidates have stood out by branding themselves as the tech-savvy candidate in the race. Now, candidates are all declaring their tech bona fides:

Jay Timmons, president and CEO of the National Association of Manufacturers, will send a message to future workers by delivering today's annual State of Manufacturing Address at a public community college in Houston.

At a time when automation threatens whole categories of jobs, Timmons will tell the Lone Star College students:

Manufacturers need people. ... Right now, manufacturers have 428,000 jobs open in America. ... [W]e’re going to need to fill about 4.6 million jobs over the next 10 years. ... 2.6 million of those jobs won’t get filled if we don’t recruit more people to join manufacturing — people like you, starting your career or looking to change your career. 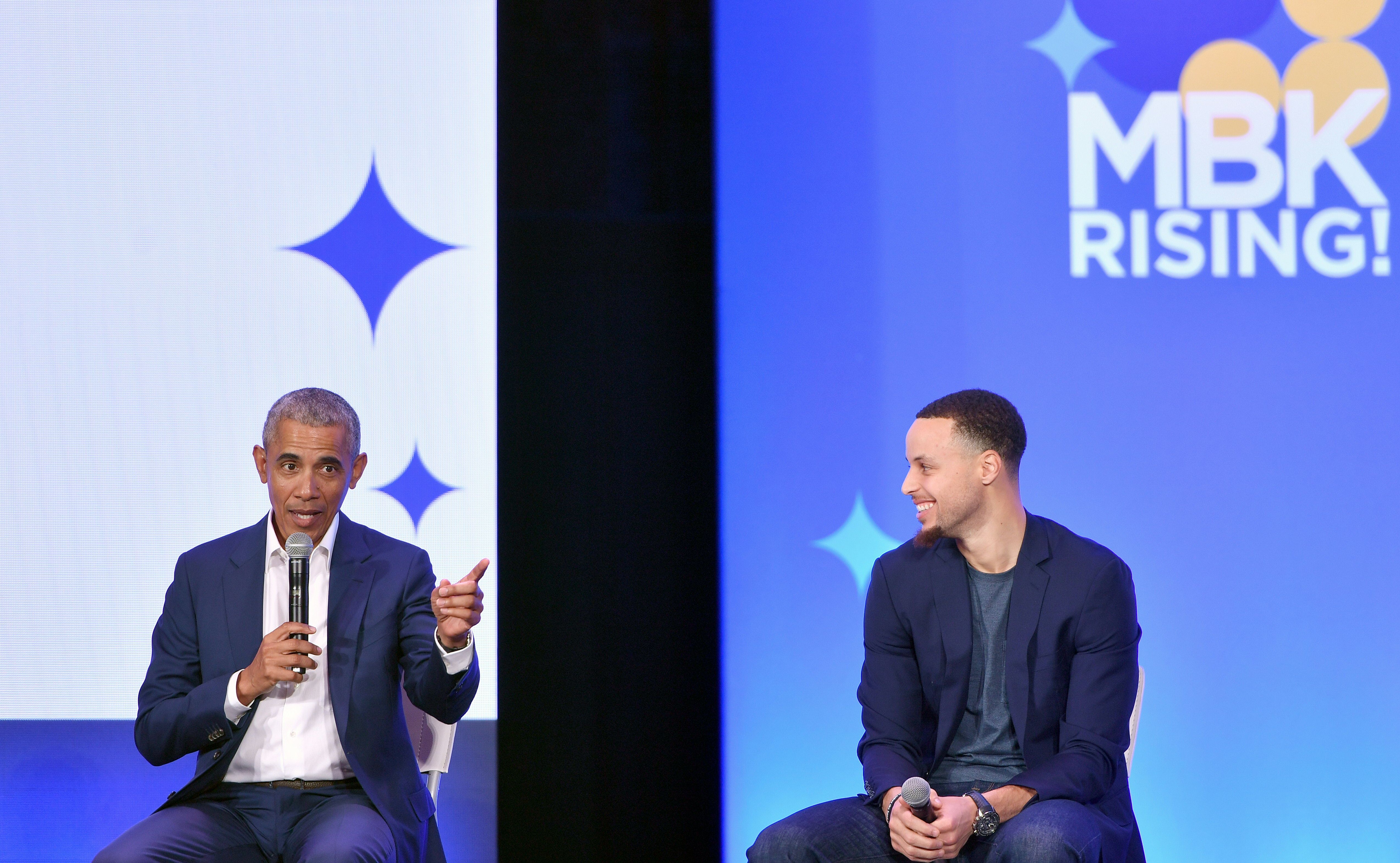 Former President Barack Obama and Golden State Warriors superstar Steph Curry spoke to a roomful of minority young men in Oakland yesterday to mark the fifth anniversary of My Brother’s Keeper, which Obama started after the 2012 shooting death of 17-year-old Trayvon Martin.

"The men spoke for about an hour, answering questions from the audience and joking around. They talked about lacking confidence or being aimless as teens."

"Walk with me" ... Corporate America, trying to cut down on sitting meetings, has an epidemic of "walk-and-talks," which were pioneered by Apple's Steve Jobs, The Wall Street Journal's Te-Ping Chen writes (subscription):