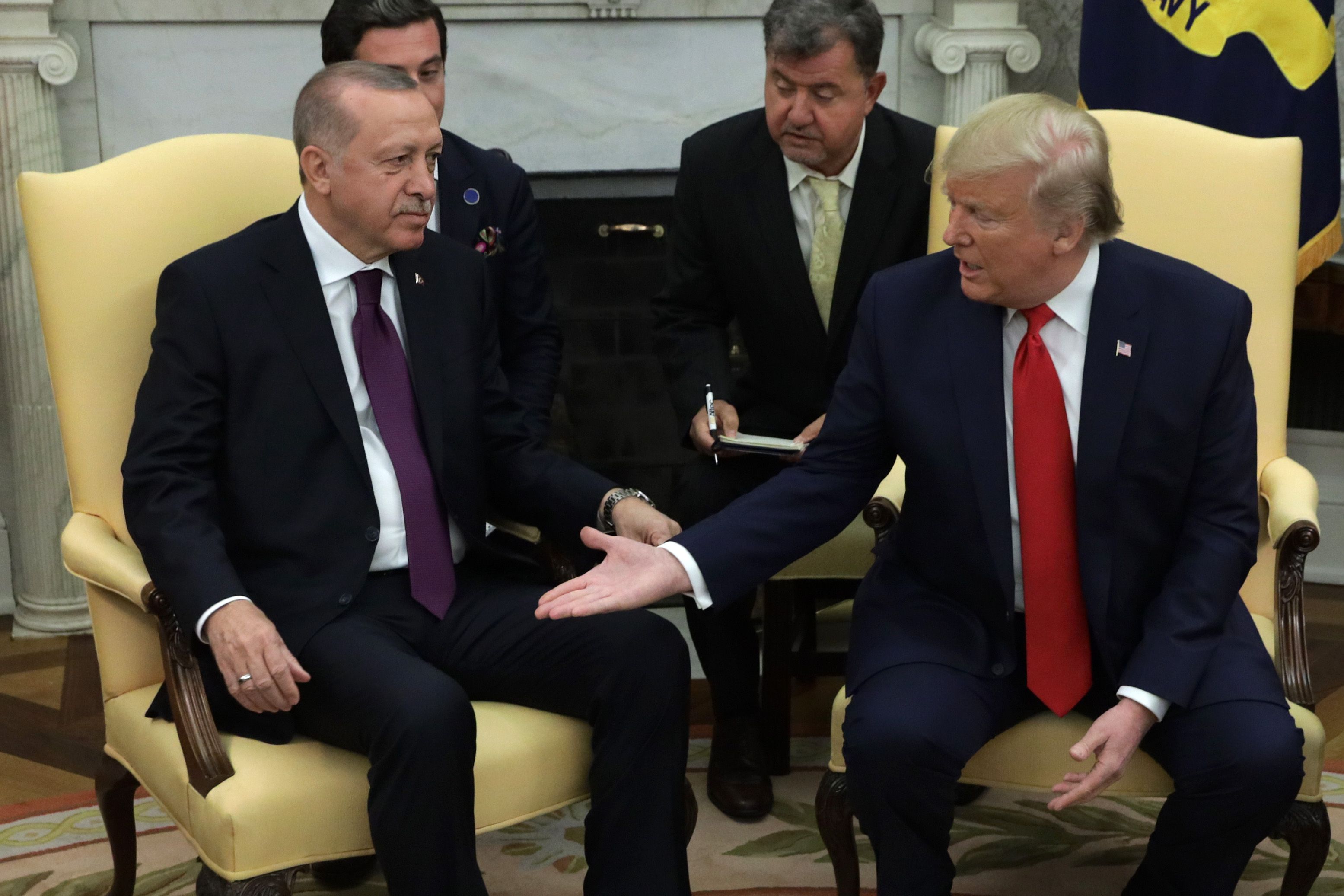 An Oval Office meeting with Turkey's President Recep Tayyip Erdoğan yesterday took a dark turn when Erdoğan pulled out his iPad and made the group watch a propaganda video that depicted Kurds as terrorists, three sources familiar with the meeting tell Axios' Jonathan Swan.

Erdoğan apparently thought he could sway these senators by forcing them to watch a clunky propaganda film.

Erdoğan's video "was unpersuasive," according to a source who was in the room.

In a phone interview last night, Graham confirmed he clashed with Erdoğan in the Oval:

Behind the scenes: A senior administration official said the senators were invited because they have voiced concerns about Turkey's purchase of Russian weapons and its invasion of Syria. 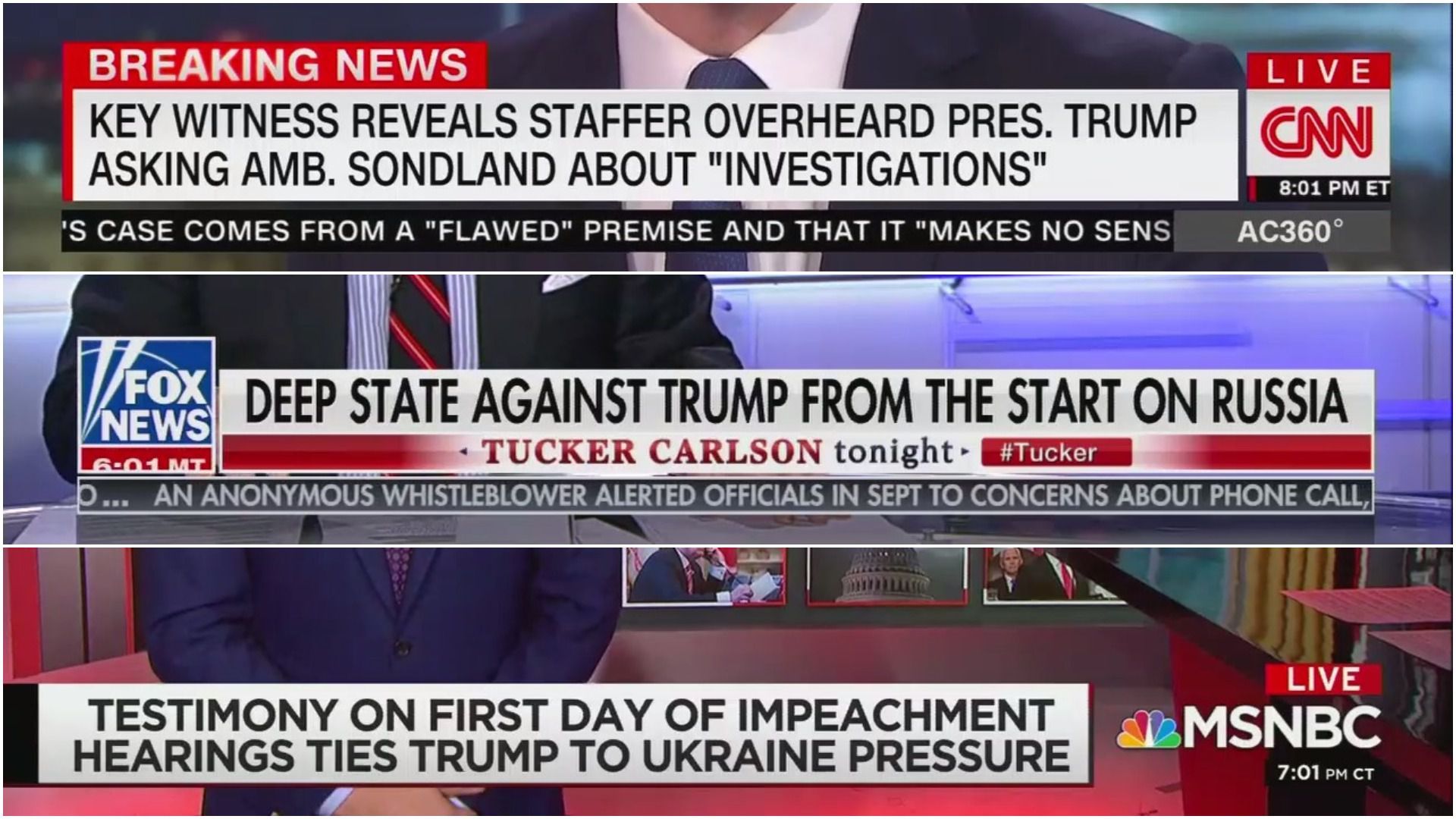 The absence of shared facts and narratives on TV and online will make it hard for either party to make its impeachment case stick, Axios' Sara Fischer, Neal Rothschild and Scott Rosenberg write.

On the right, conservative media doubled down on the narrative that Republican questioners like Reps. Jim Jordan and Devin Nunes crushed Democrats' main arguments.

On the left, Democrats focused on messaging that Ambassador Bill Taylor's testimony was damning for President Trump and concentrated on his new information about a call between Trump and EU Ambassador Gordon Sondland. 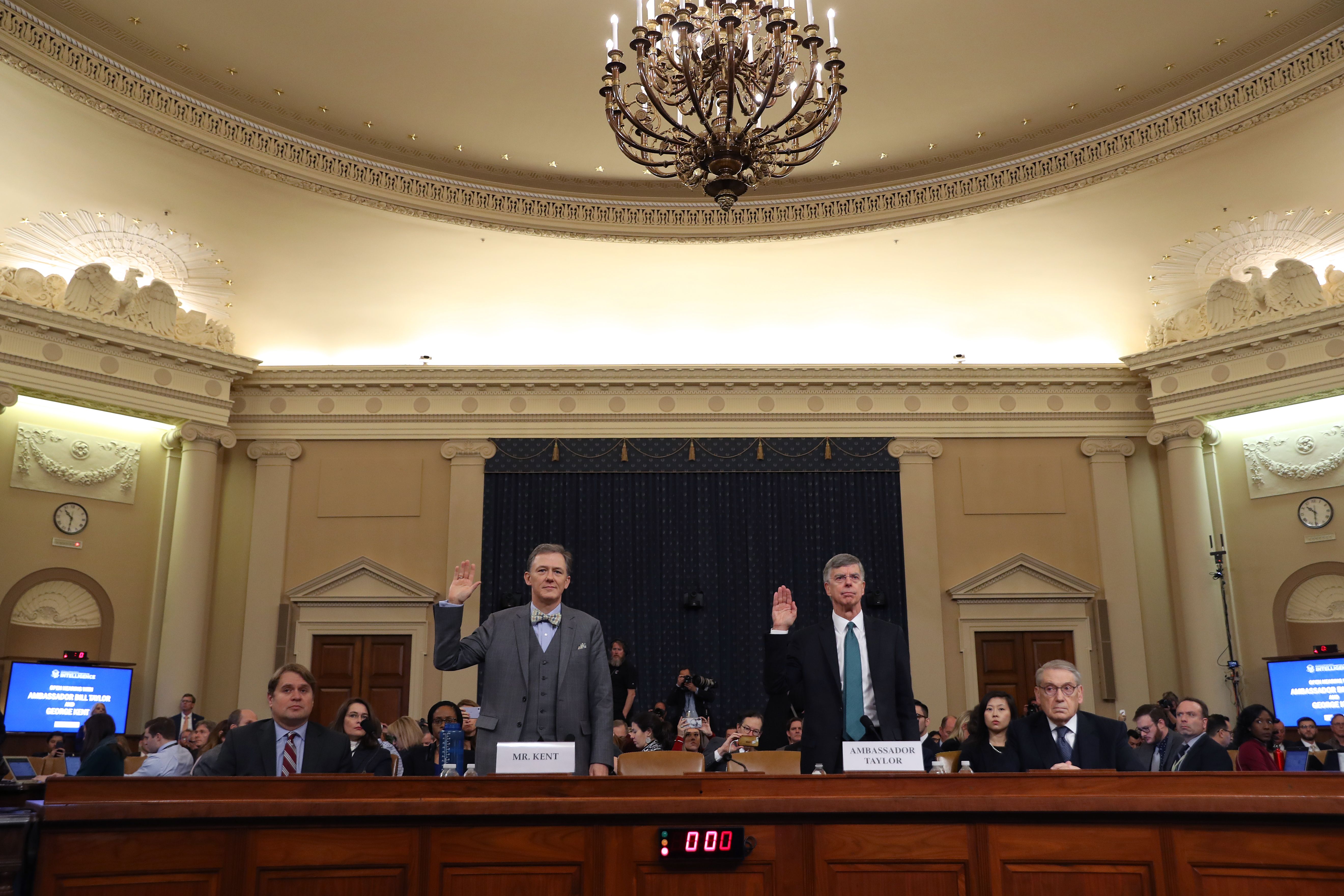 Several of the seats reserved for members of Congress who aren't on the Intelligence Committee were vacant — and more Rs than Ds sat in, Axios' Alayna Treene reports from the Ways and Means hearing room that hosted yesterday's impeachment hearing. 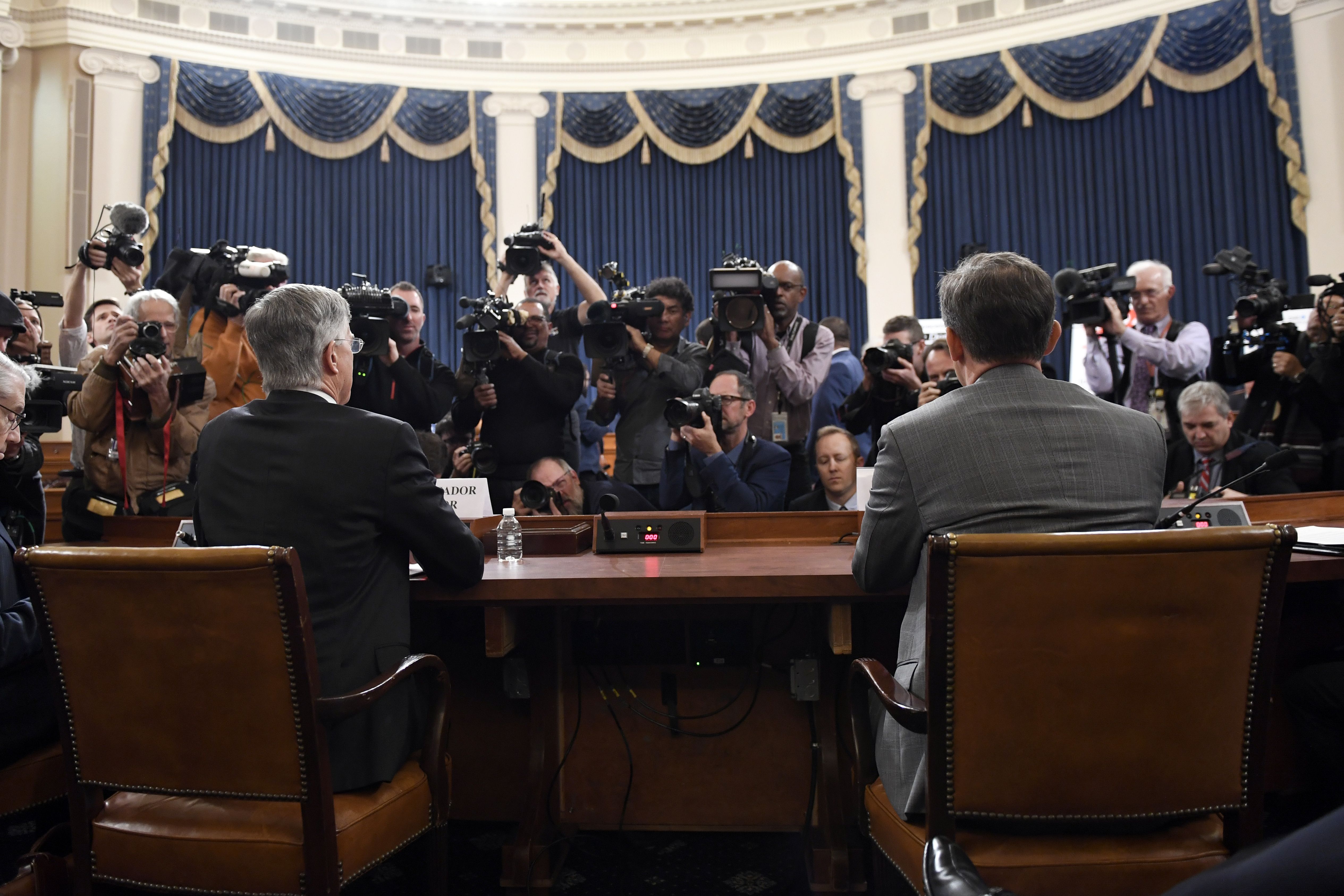 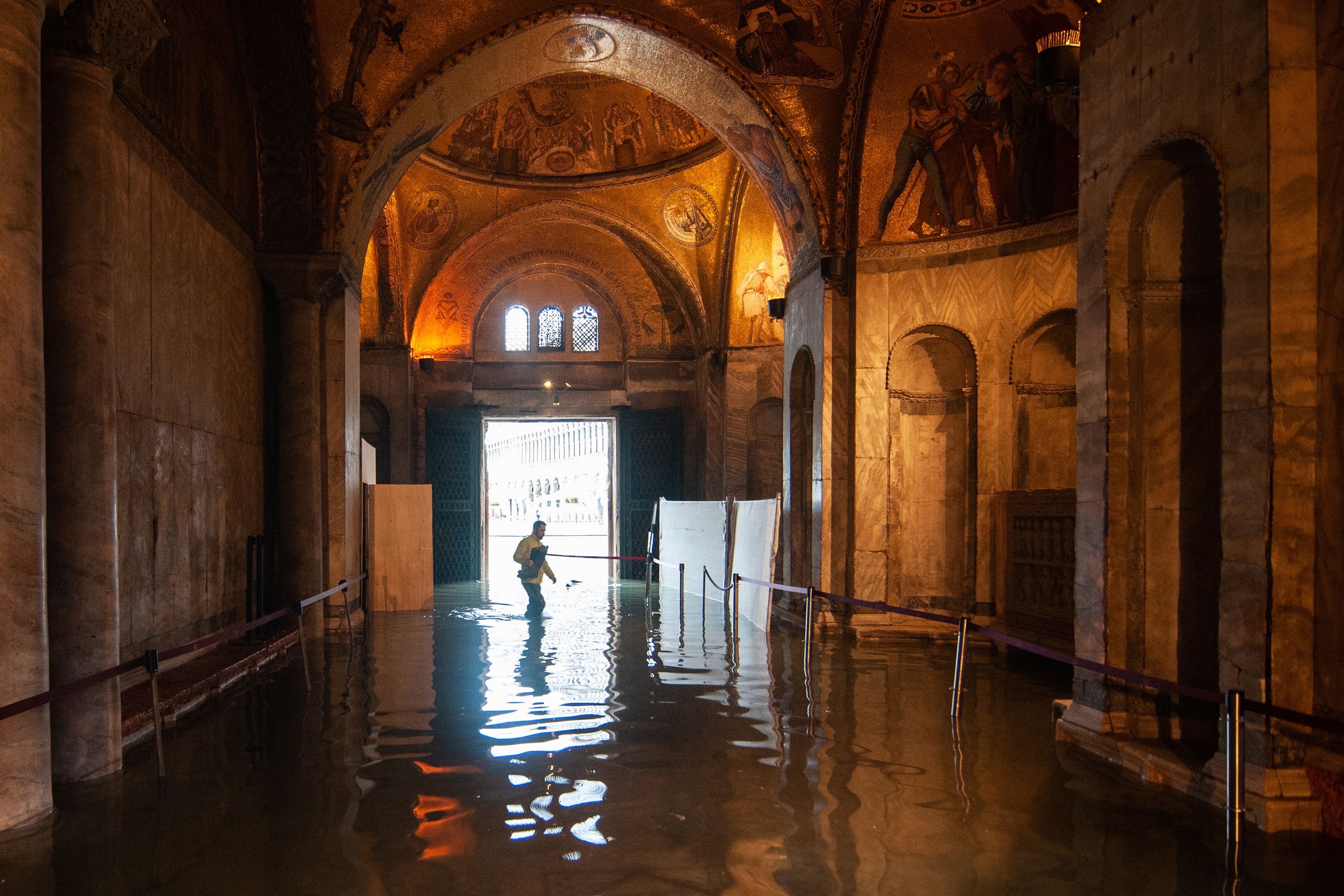 In Venice, St. Mark’s Basilica flooded during the lagoon city's highest tide in 53 years, with "priceless mosaics drowned in sewage," according to Italian coverage. A pro-democracy protester makes nail roadblocks today, inside the campus of the University of Hong Kong. Photo: Kin Cheung/AP 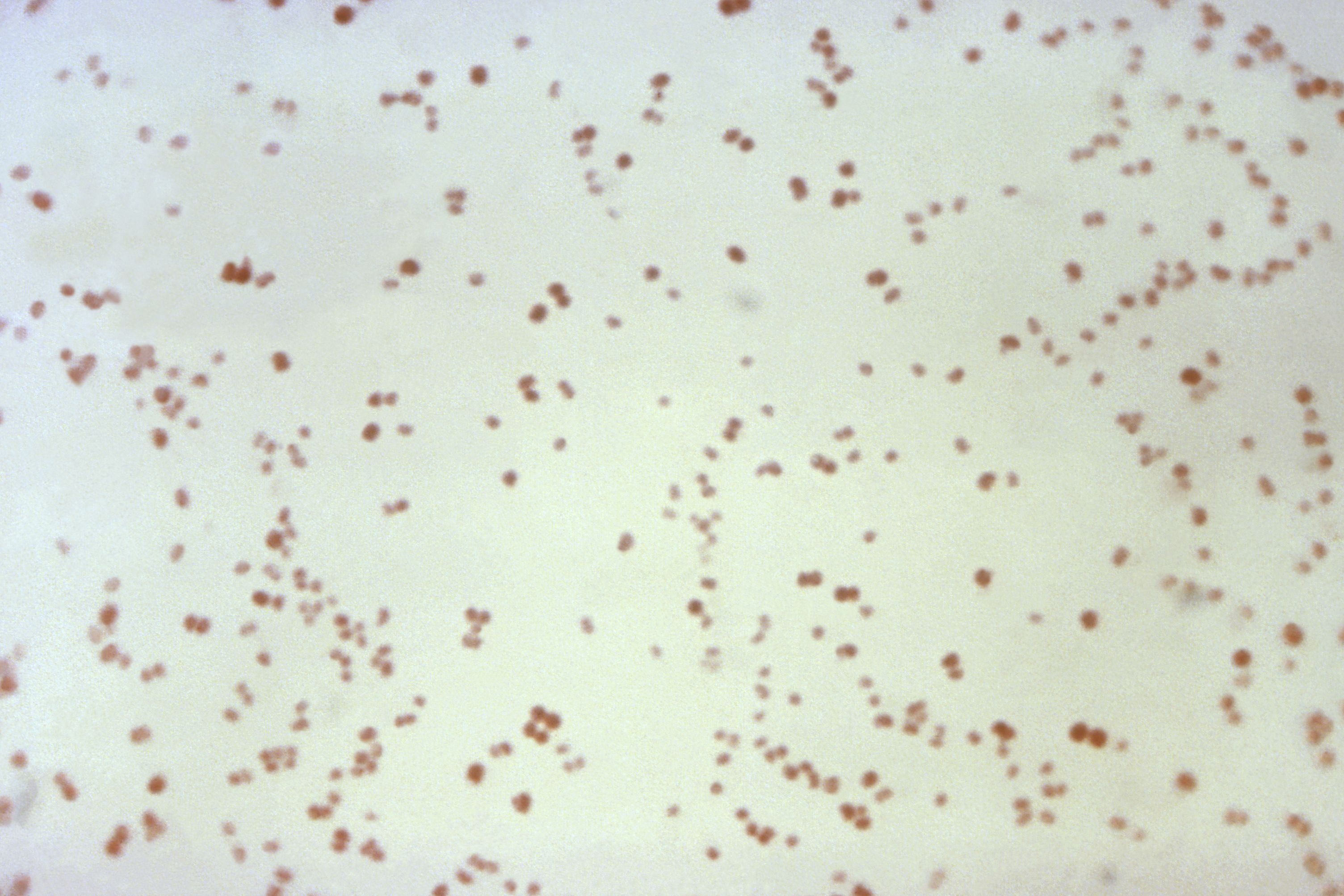 "Drug-resistant germs sicken about 3 million people every year in the United States and kill about 35,000, representing a much larger public health threat than previously understood," the WashPost writes about a long-awaited CDC report. 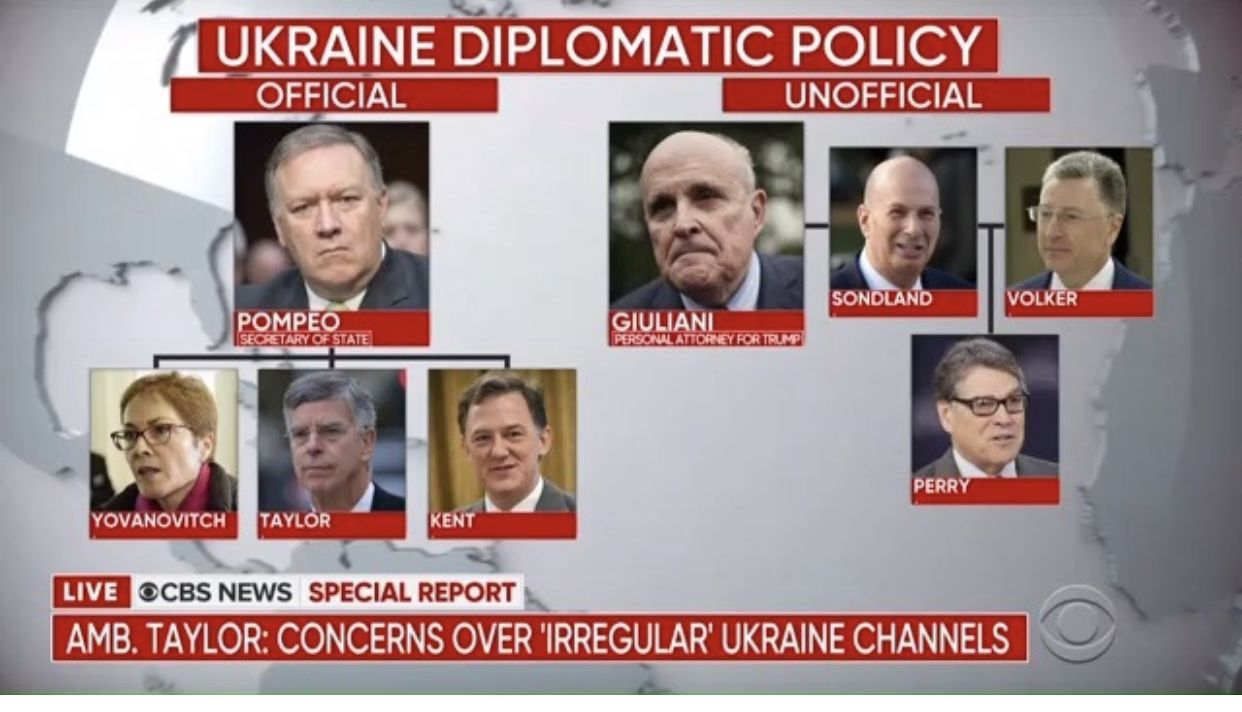 8. A cover to break the internet The N.Y. Times Magazine's annual Tech & Design issue explores the wild web, with an opening essay by deputy editor Bill Wasik, "The Future of the Internet":

Perhaps the most profound force at work upon the internet right now is the simple passage of time. Everyone raised in a pre-internet era continues to age and disappear, while new generations grow up not merely as ‘"digital natives’’ but as life- long witnesses to the internet’s best and worst effects. ...

For teenagers today, the internet is both a stage onto which to step boldly and a minefield through which to step gingerly — a double bind that has given rise to whole new habits of living online, in which self-expression and self-protection are inextricably linked.

The issue includes looks at the heavily-regulated Chinese internet, by Yiren Lu ... the odd phenomenon of internet fandom, by Jamie Lauren Keiles ... and internet inequality, by Kevin Roose. 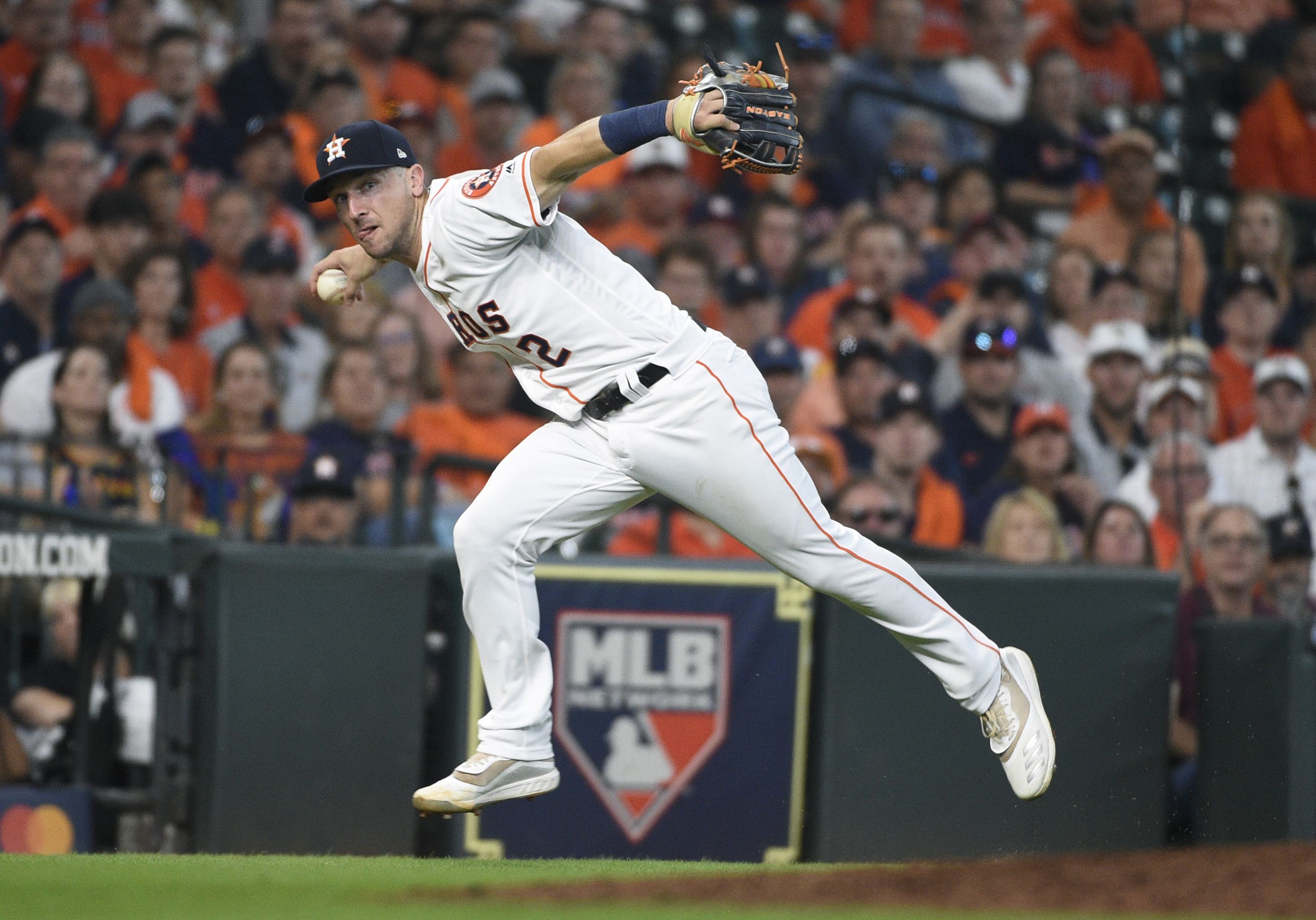 If Houston's Alex Bregman is named American League MVP today, the Astros will be the first team to have an MVP, Cy Young winner and Rookie of the Year in the same season, AP's Noah Trister points out.

Theron told CNN about her decision to take the role: "[I]f we can see the power of the message through someone who we may not agree with or somebody who might even anger us, that tells you there's something real there."