1 big thing: Trump's most radical self 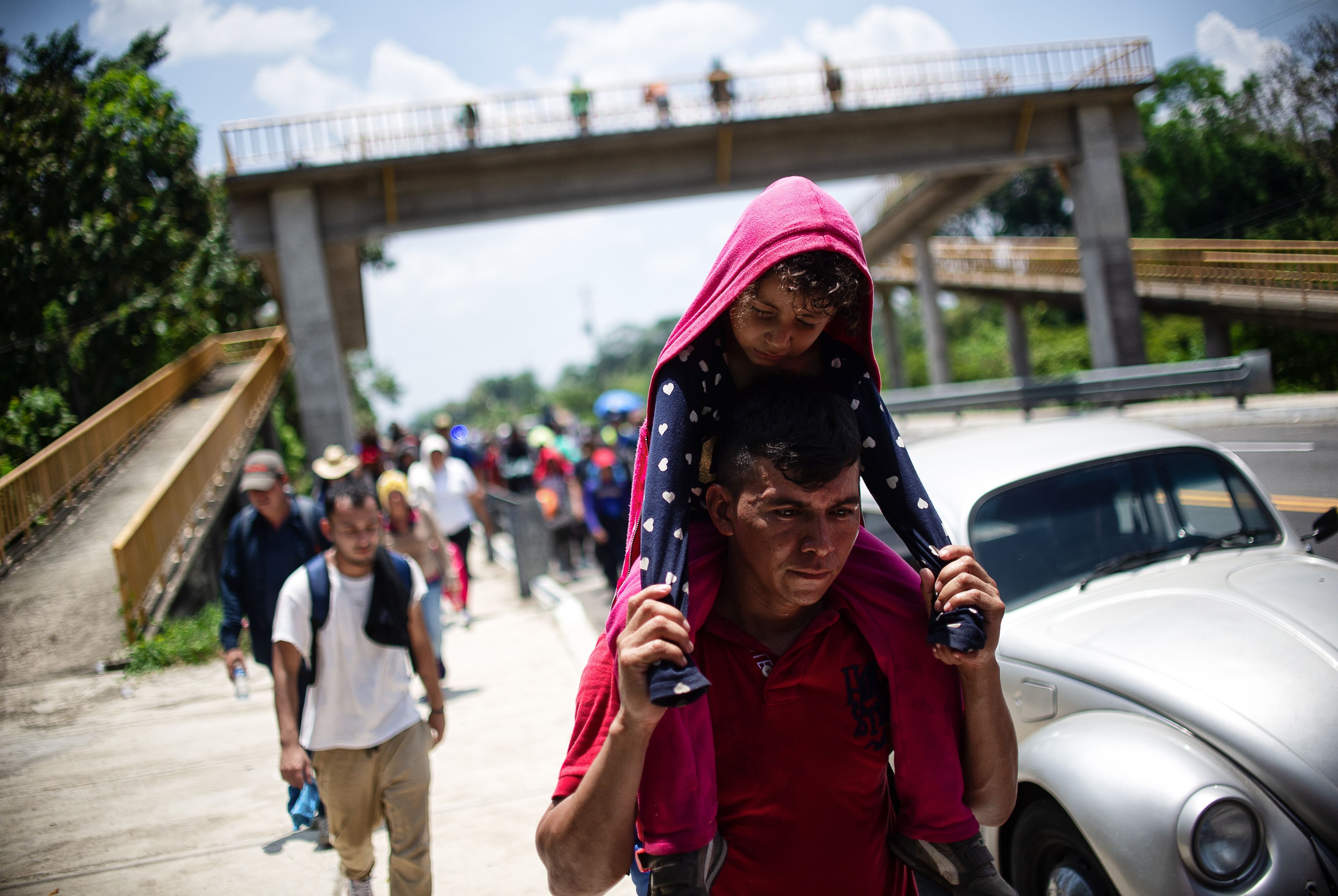 Central American migrants, on the road Friday between Metapa and Tapachula in Mexico, head to the U.S. (Pep Companys/AFP/Getty Images)

Nothing stirs President Trump’s most radical ideas like immigration. And nothing so stirs his willingness to entertain what some consider illegal or wrong.

Trump doesn't fixate on China, or even the economy, like this: 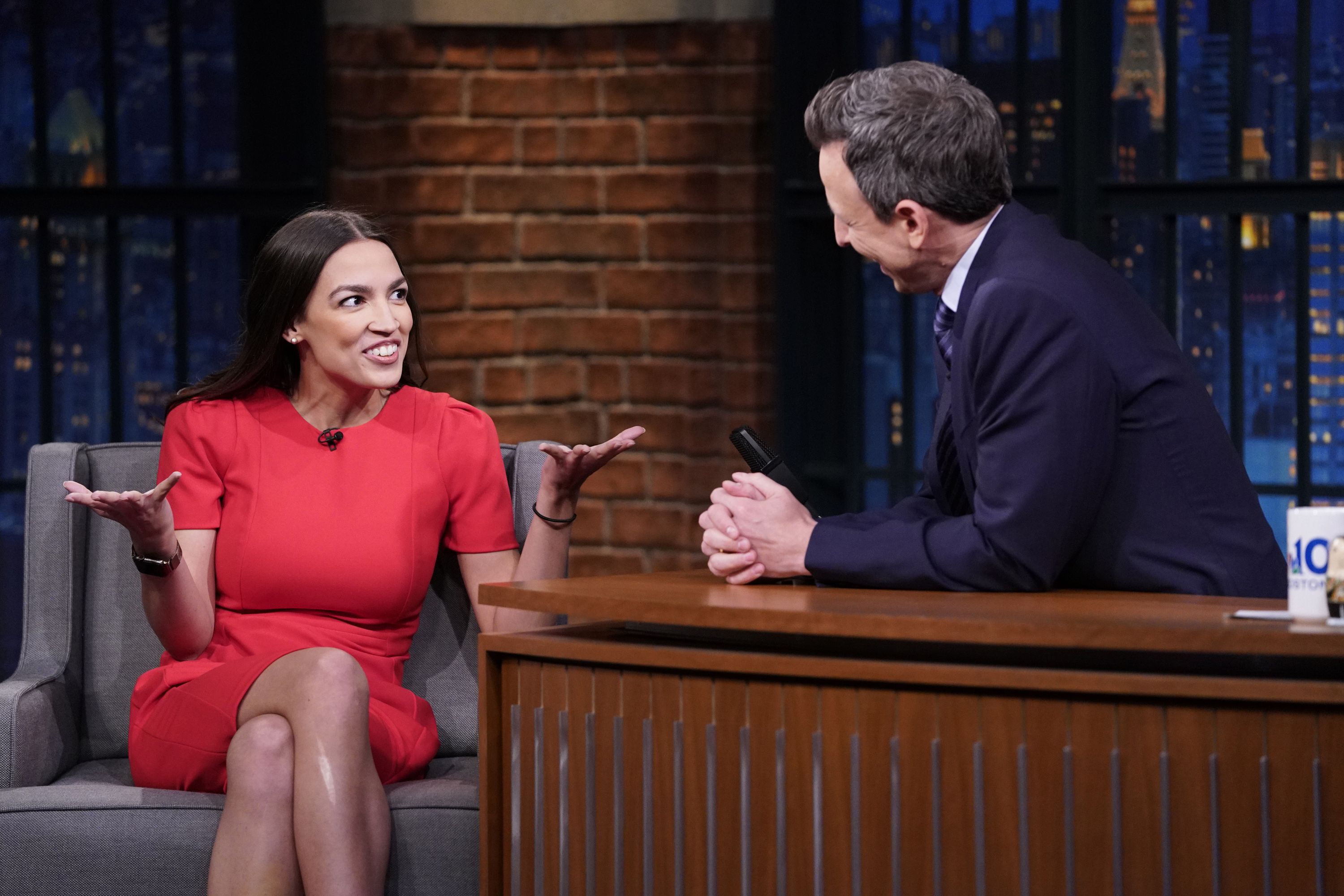 Freshman Rep. Alexandria Ocasio-Cortez was mentioned 3,181 times on Fox News and Fox Business during the 6 weeks from Feb. 25 to April 7 — 75 times a day — according to the liberal Media Matters for America.

🔗 AOC tweeted a link to the findings.

Binyamin Appelbaum, a former Fed reporter for the N.Y. Times who's now on the editorial board, argues in Sunday Review for "universal public disclosure" of people's tax payments as a way of cutting fraud and spotlighting inequality. 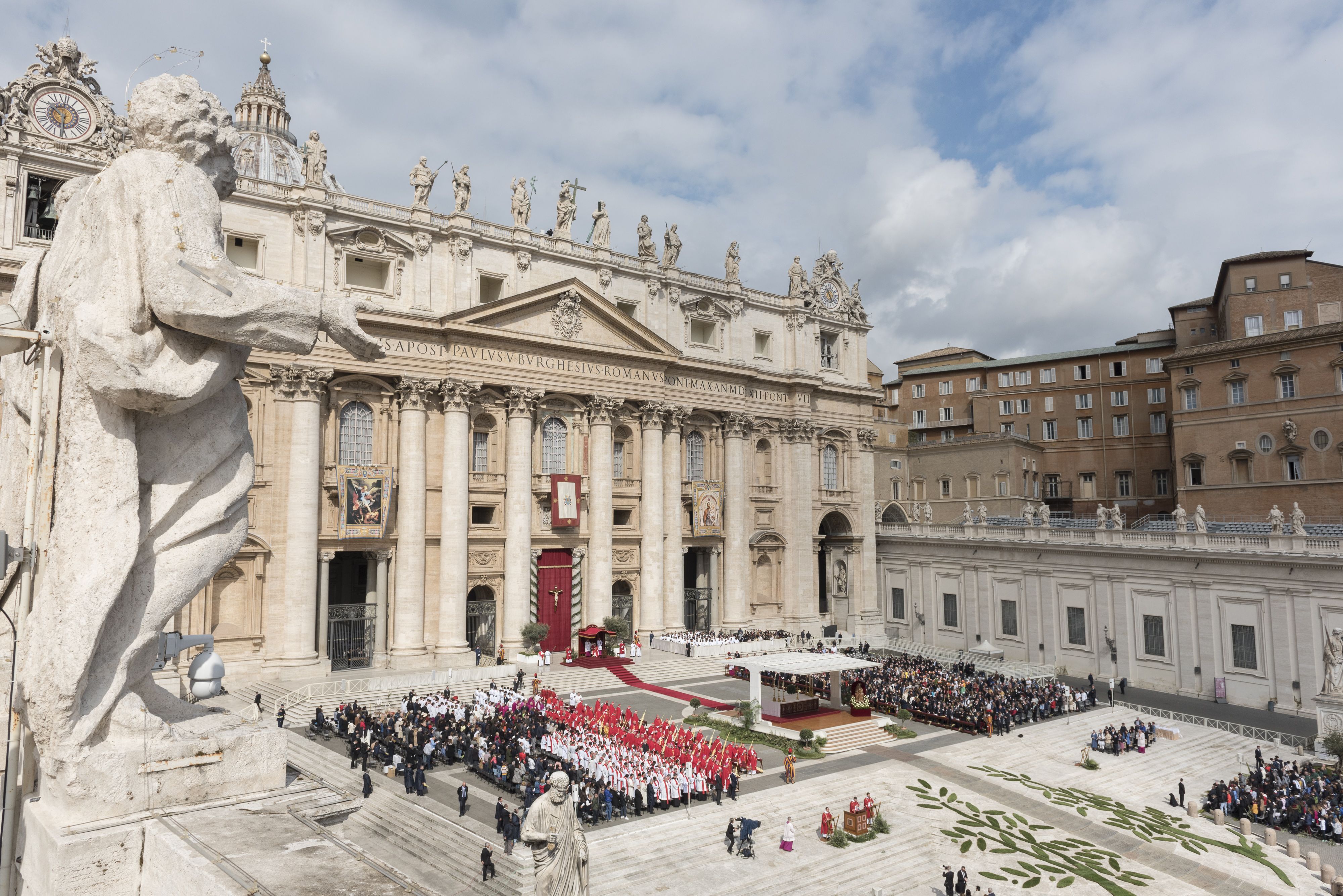 5. Article of the day

Law enforcement is using a wave of "geofence" warrants to reap information from Google about every phone that was near a particular place at the particular time that a crime occurred, the N.Y. Times' Jennifer Valentino-DeVries writes.

Why it matters: "In an era of ubiquitous data gathering by tech companies, it is just the latest example of how personal information — where you go, who your friends are, what you read, eat and watch, and when you do it — is being used for purposes many people never expected."

6. Why Mayor Pete took off 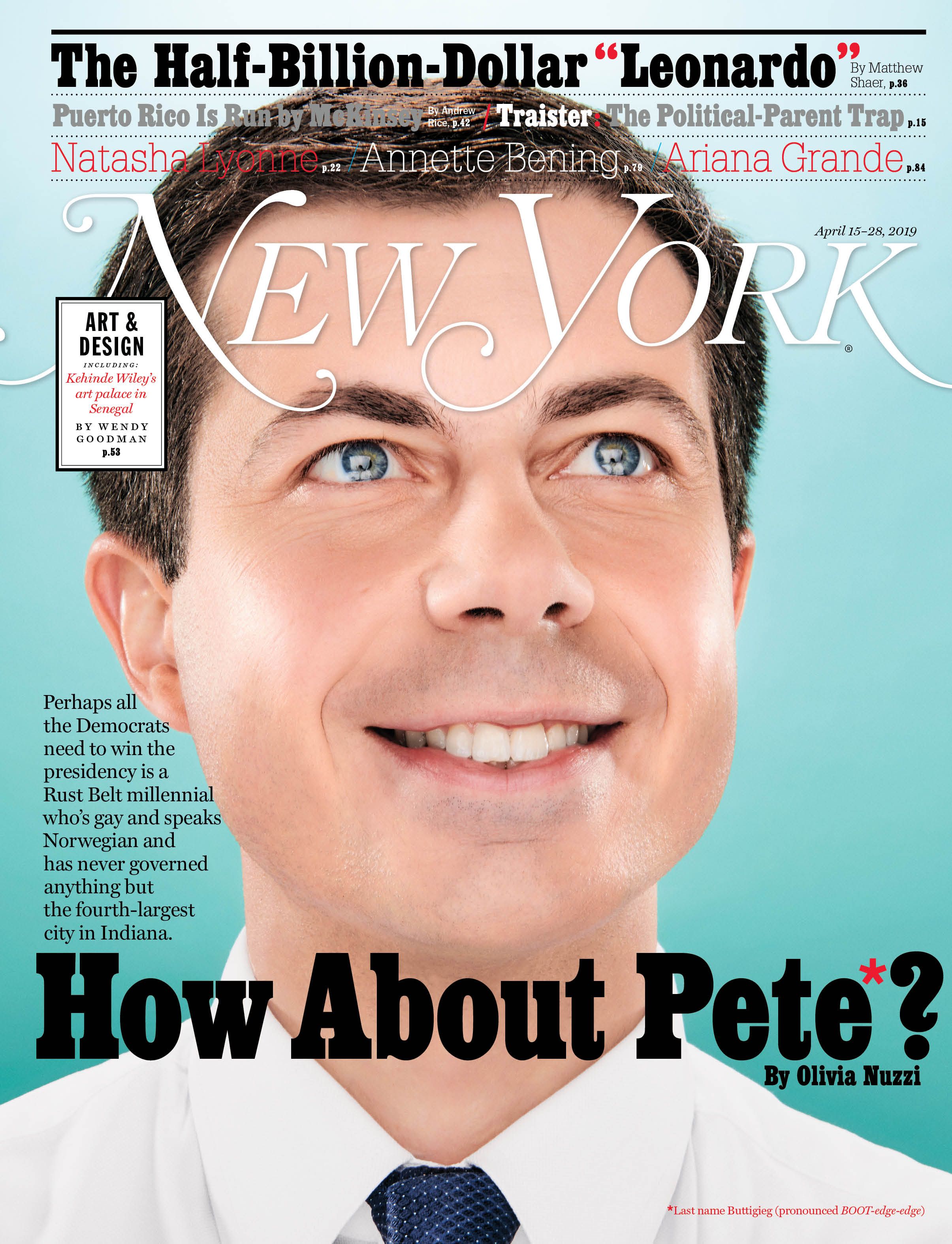 Olivia Nuzzi, in a New York Magazine cover story that posted this morning, briskly captures why Pete Buttigieg — who formally declares his candidacy at 2 p.m. today in South Bend — checks "so many boxes relevant to this moment":

Sick of old people? He looks like Alex P. Keaton. Scared of young people? He looks like Alex P. Keaton. Religious? He’s a Christian. Atheist? He’s not weird about it. Wary of Washington? He’s from flyover country. Horrified by flyover country? He has degrees from Harvard and Oxford. Make the President Read Again? He learned Norwegian to read Erlend Loe. Traditional? He’s married. Woke? He’s gay. Way behind the rest of the country on that? He’s not too gay.

If you squint hard enough to not see color, some people say, you can almost see Obama the inspiring professor. Oh, and he’s the son of an immigrant, a Navy vet, speaks seven foreign languages (in addition to Norwegian[:] Arabic, Spanish, Maltese, Dari, French, and Italian), owns two rescue dogs, and plays the goddamn piano.

7. Booker: "So many of us are understandably angry" "Cory Booker wants to talk about love," Karen Yi writes in The Star-Ledger of Newark, where the senator and former mayor formally kicked off his national tour yesterday.

Why it matters: "Over the past decade, household debt composition ... has shifted away from home mortgages ... to credit with higher financing costs," including auto loans and student loans. 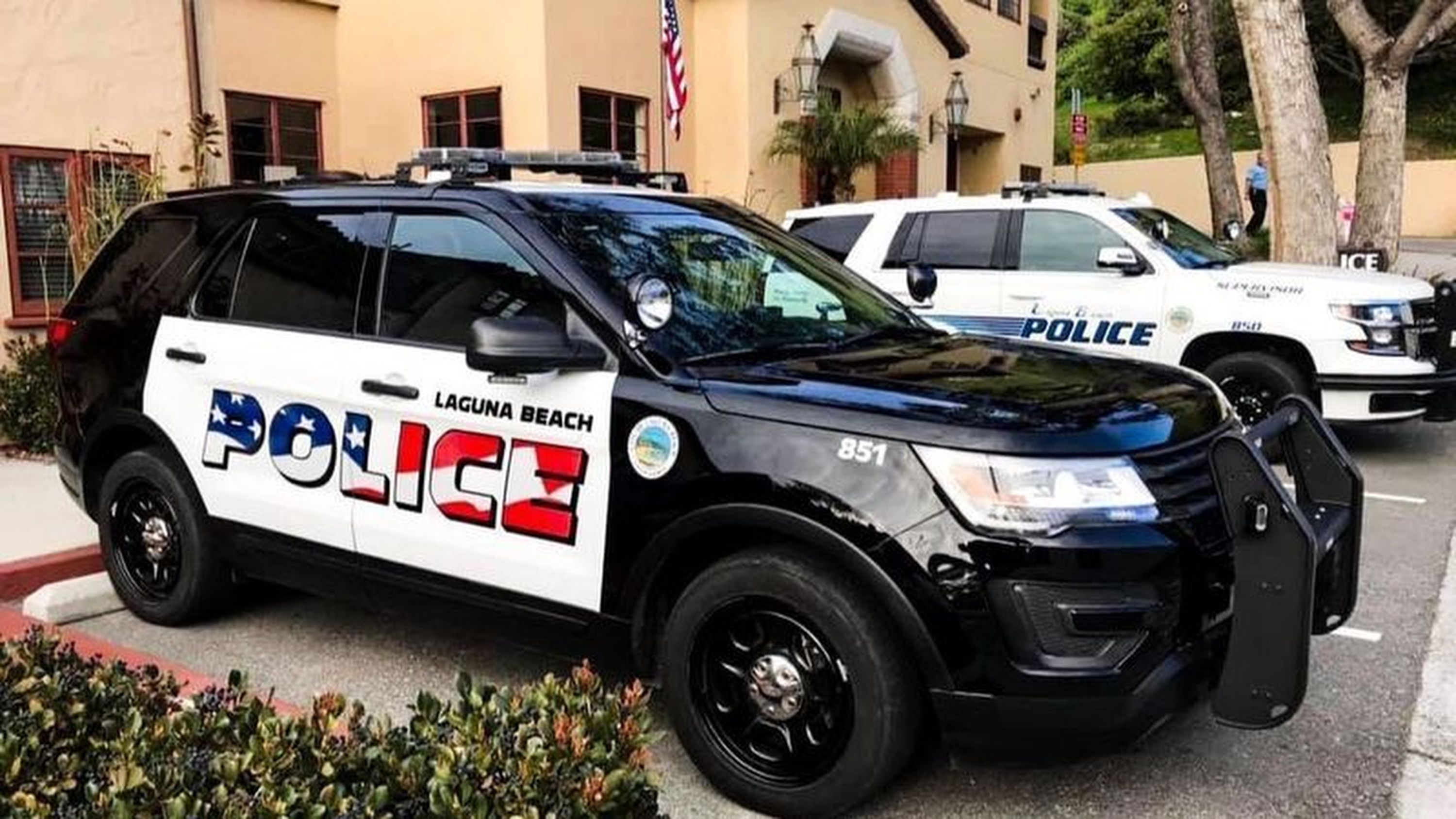 "A decision to affix an American flag graphic to the side of freshly painted Laguna Beach police cars is dividing residents who are alternately praising the image as patriotic or panning it as too aggressive." (L.A. Times)

"'Never Throners' aren’t really sure what’s been going on, but they’re glad constant chitchat about dragons and ice zombies is coming to an end," Nikki Waller and Michelle Ma write in a Wall Street Journal A-hed (subscription):

The last season, season 8, airs tonight at 9 ET after a 19-month hiatus.

Catch up quick: Learn the world of Westeros with this "Thrones" primer.