Dan in a pod ... 🎙️ Axios Pro Rata Podcast launches tomorrow. Subscribe to Dan Primack’s 10-minute podcast here to get smarter, faster on the collision of tech, business, and politics.

Situational awareness ... Trump tweets this morning: "Looking more & more like the Trump Campaign for President was illegally being spied upon (surveillance) for the political gain of Crooked Hillary Clinton and the DNC. Ask her how that worked out - she did better with Crazy Bernie. Republicans must get tough now. An illegal Scam!"

Not since the Bill Clinton sex scandals of the 1990s has the national conversation focused on a president's personal life on so many fronts so often.

And not since the 1990s has sex been part of a federal investigation stirring calls for impeachment:

Be smart: Beyond the morality tale, does any of these sexual transgressions hurt Trump, politically? No evidence they have so far. Truth is, they will only hurt if they lead to legal and impeachment action against Trump.

Since the summit, "U.S. negotiators have faced stiff resistance from a North Korean team practiced in the art of delay and obfuscation," the WashPost's John Hudson, Josh Dawsey and Carol Leonnig report:

"The lack of immediate progress, though predicted by many analysts, has frustrated the president, who has fumed at his aides in private even as he publicly hails the success of the negotiations."

P.S. "Intelligence officials are growing concerned that Mr. Trump cherry-picks their findings to reinforce decisions he has already made," per the N.Y. Times' Julian Barnes, Eric Schmitt and Katie Benner:

3. Maggie Haberman pulls back from Twitter: "an anger video game"

"After nearly nine years and 187,000 tweets, I have used Twitter enough to know that it no longer works well for me. I will re-engage eventually, but in a different way," Maggie Haberman writes in the N.Y. Times Sunday Review:

Twitter CEO Jack Dorsey replies with a thoughtful Twitter thread, acknowledging that she has a "lot of fair critiques": 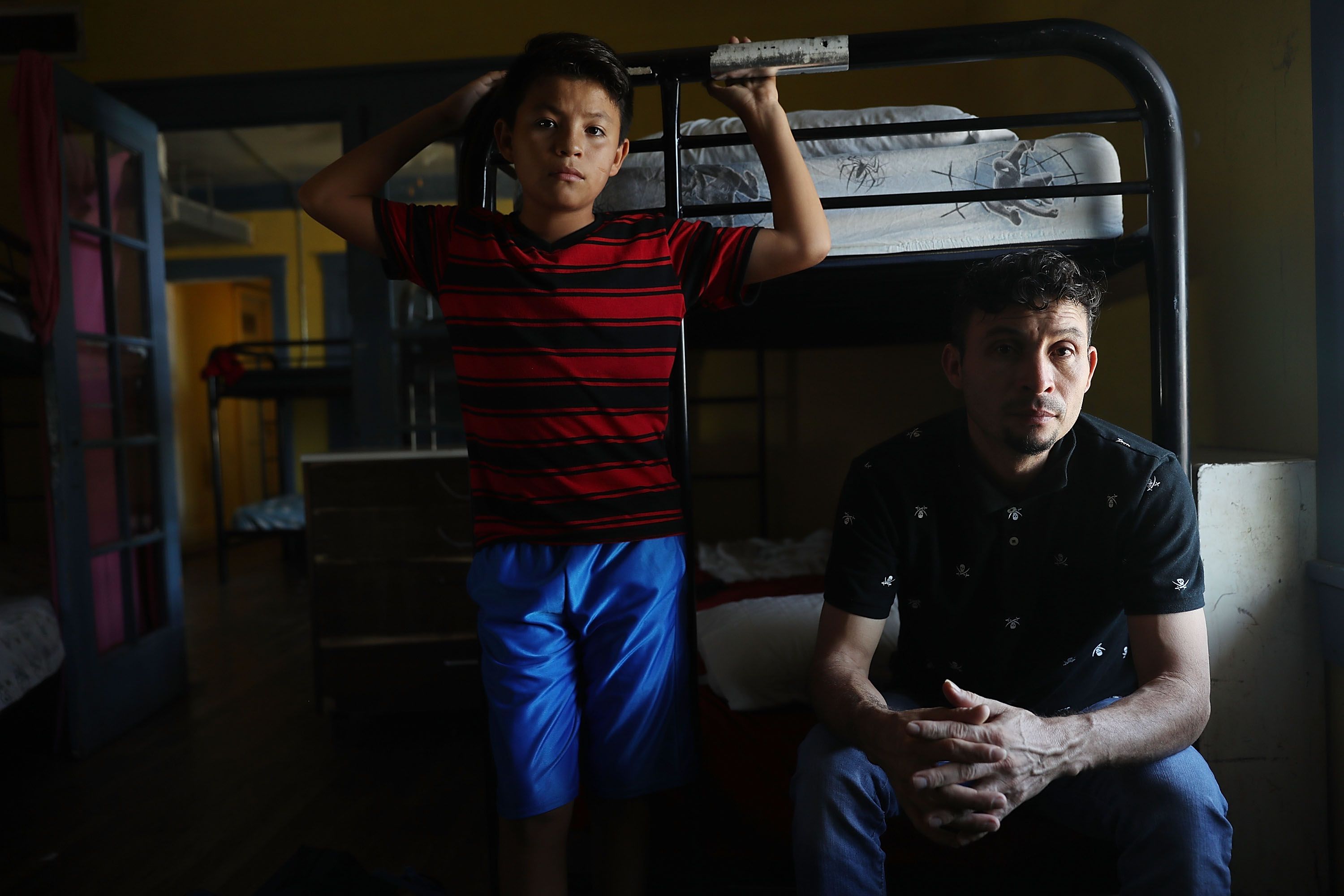 How some people are spending their summer ... A man, identified only as Jose, and his son, Wilson,12, are cared for in an Annunciation House facility after they were reunited yesterday in El Paso, Texas.

"Not long ago, swaggering companies such as Uber Technologies Inc. and Airbnb Inc. swept through cities like a wrecking ball, establishing billion-dollar businesses and vast constituencies before slow-moving government officials could figure out how to rein them in," Christopher Mims writes in his weekly Wall Street Journal tech column, "Keywords" (subscription).

"A fresh example of this is the fledgling scooter-sharing industry":

Why it matters: "Scooter companies’ appeasement of regulators embodies tech’s broader move toward accountability, following a period of public outrage over the industry’s overreach and mistakes."

5. How Google blew it: Life lesson in perils of dragging your feet 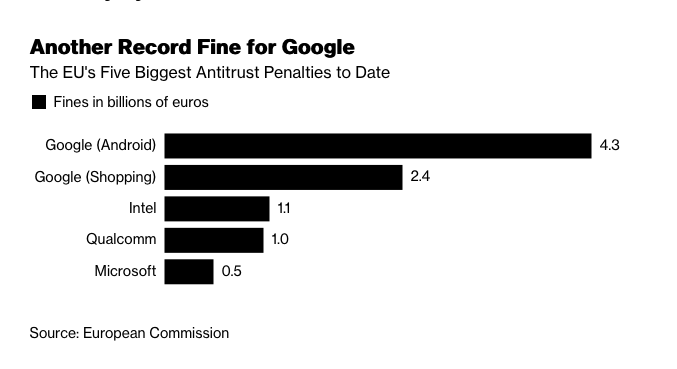 At Axios, we live by the precept that if you're going to do something, just do it now — get it off your plate, show the other person you care and are responsive, and get there ahead of the competition.

Some Google lawyers may wish they had followed that approach, according to an article by Bloomberg's Aoife White and Stephanie Bodoni:

"Hey, You Didn’t Pay! Uber Regulars Have Forgotten How to Behave in Regular Cabs ... Accustomed to cashless apps, taxi passengers forget to give directions — or pay; it’s ‘dining and dashing, but for a cab’" — Wall Street Journal A-hed by Katherine Bindley (subscription):

"Adam Murray, 39, said that on the rare occasion he takes a cab home from work in San Francisco instead of an Uber or Lyft ... 'There’s this moment of telepathy where you expect the driver to just know and you pause and you look back at them like, "OK, are we ready to go?" And nothing happens.'"

Thanks for reading. Updates all weekend on Axios.com.